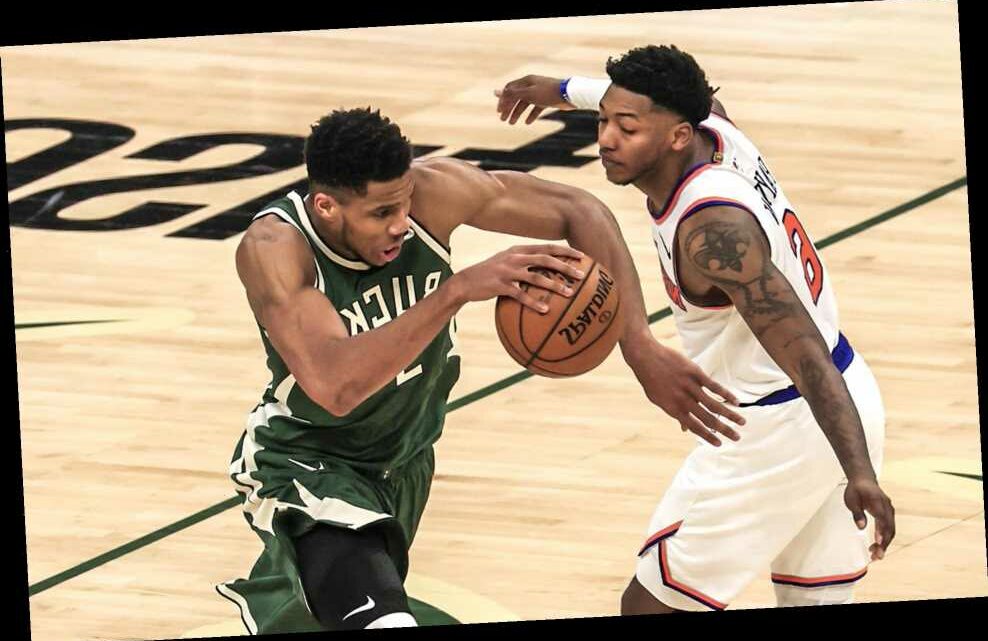 Knicks walloped by Bucks in first game after All-Star break

There’s another link between Immanuel Quickley and rising Knicks exec

In what the franchise prays is not a harbinger, the Knicks initiated the season’s second half in Milwaukee in disastrous form Thursday.

After all the hope garnered from their season’s first half, the Knicks looked unrecognizable as they fell behind by 35 points in the fourth quarter.

The Bucks, blown out by the Knicks in an early-season contest, gained sweet revenge with a 134-101 pounding behind All-Star MVP Giannis Antetokounmpo’s triple-double (24 points, 10 rebounds, 10 assists) at Fiserv Forum. The 134 points were the most allowed by the Knicks this season.

Julius Randle, who watched live as “the Greek Freak’’ went 16-for-16 in Sunday’s All-Star Game, had a poor post-break outing. He finished with seven points, shot 3 of 12 and committed five turnovers. He did post six assists, but never seemed sharp.

Late in the third quarter, Antetokounmpo swiped Randle’s dribble in the frontcourt and sprinted in for a dunk and a 20-point lead. It was that kind of 2019-20 throwback night for Randle, who looked like he needed another week off.

The Knicks fell to .500 at 19-19. They entered the break with a winning record off an 8-3 spree, but seven of those victories came against clubs well below .500.

The Knicks start the season’s second half with four road games, continuing Saturday in Oklahoma City, which beat the Knicks at the Garden in January. Then the Knicks play against the East’s top two teams, visiting Brooklyn and Philadelphia.

The Bucks charged ahead 68-51 by halftime, as they lifted their energy midway through the second quarter while the Knicks got sloppy.

The Knicks had stymied Antetokounmpo early by constructing a wall in the paint and holding him to just two points in the first quarter. But the Bucks got out on the fast break off Knicks miscues to open things up.

The collapse started with pair of bad plays by rookie Obi Toppin. The Knicks’ 2020 lottery pick allowed Antetokounmpo to score over him inside. Then on the other end, Toppin threw a short pass right to Milwaukee’s Donte DiVincenzo, who raced in for a fast-break dunk and ratched up the momentum.

Randle, 1 of 8 in the first half for three points, then lost the handle on a runner, leading to another fast break for DiVincenzo.

This was the first of 35 games in 67 days, as the Knicks try to duplicate their successful first half of the season. Of the 35 games, 23 are against clubs with winning records. The Bucks (23-14) were only the first.