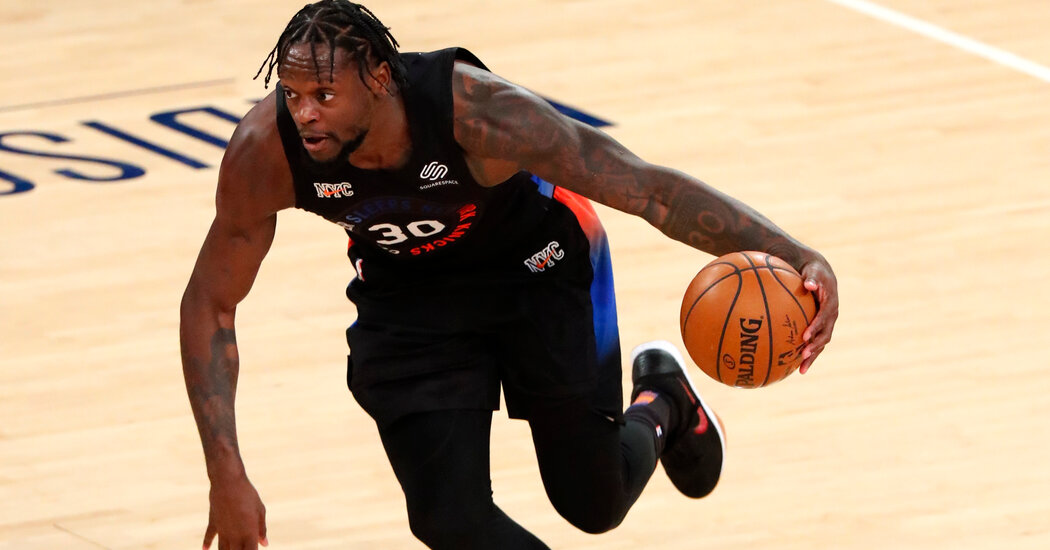 Julius Randle can claim another accolade after his unexpected leap to stardom this season. He is the winner of the N.B.A.’s Most Improved Player Award.

He is the first Knick to win the award. Randle’s winning was not much of a surprise, given that the 26-year-old posted career highs in several categories, including points per game, 3-point percentage and assists per game. His strong play garnered him his first career All-Star selection and he is also a candidate to make an All-N.B.A. team for the first time. If he makes the All N.B.A. team, he will be the first Knick to do so since Carmelo Anthony in 2013.

In an interview with TNT’s “Inside The N.B.A.” on Tuesday evening, Randle said that the award “embodies who I am as a person.”

“When the summertime comes, that is really where I have the most fun because I enjoy the process of getting better,” Randle said. “So all of a sudden you look at the trajectory of my career, every year, I’ve taken steps forward to get better and improve my game and that’s really what I’m proud of. I never want to feel like I’m staying in the same spot or I’m not getting better.”

Randle was the Knicks’ best player all season, and he was as durable as he was reliable — leading the N.B.A. in minutes played. On a team without many playmakers, Randle, a 6-foot-8, 250-pound forward, shouldered much of the offensive burden each night, and he became a fan favorite in the process.

His versatility put the Knicks squarely in a playoff race for the first time since 2013. And now, Randle is leading the Knicks as a No. 4 seed in a first-round playoff series against the fifth-seeded Atlanta Hawks. The Knicks lost the first game in a nail-biter, 107-105. Game 2 is Wednesday night at Madison Square Garden.

Recent winners of the award include Randle’s former teammate Brandon Ingram of the New Orleans Pelicans (2020), Pascal Siakam of the Toronto Raptors (2019) and Giannis Antetokounmpo of the Milwaukee Bucks (2017), who went on to win back-to-back Most Valuable Player Awards.

Randle, who is in his second year with the Knicks, has only one year left on his contract. The Knicks can extend him this summer and likely will try after his strong season and their yearslong struggle to attract big-name free agents. But if they cannot come to an agreement, Randle can bet on himself and test the free-agent market in the summer of 2022. Or if the Knicks decide that Randle cannot be one of the best players on a championship team or don’t want to risk losing him for nothing, they can use him as the centerpiece in a trade for another superstar.

For his part, Randle told The New York Times earlier this year that he would like to remain with the Knicks long-term.

Daily Chinese Horoscope Wednesday, May 26: What your zodiac sign has in store for you today
World News