Home » Knicks fans made this night at the Garden unforgettable 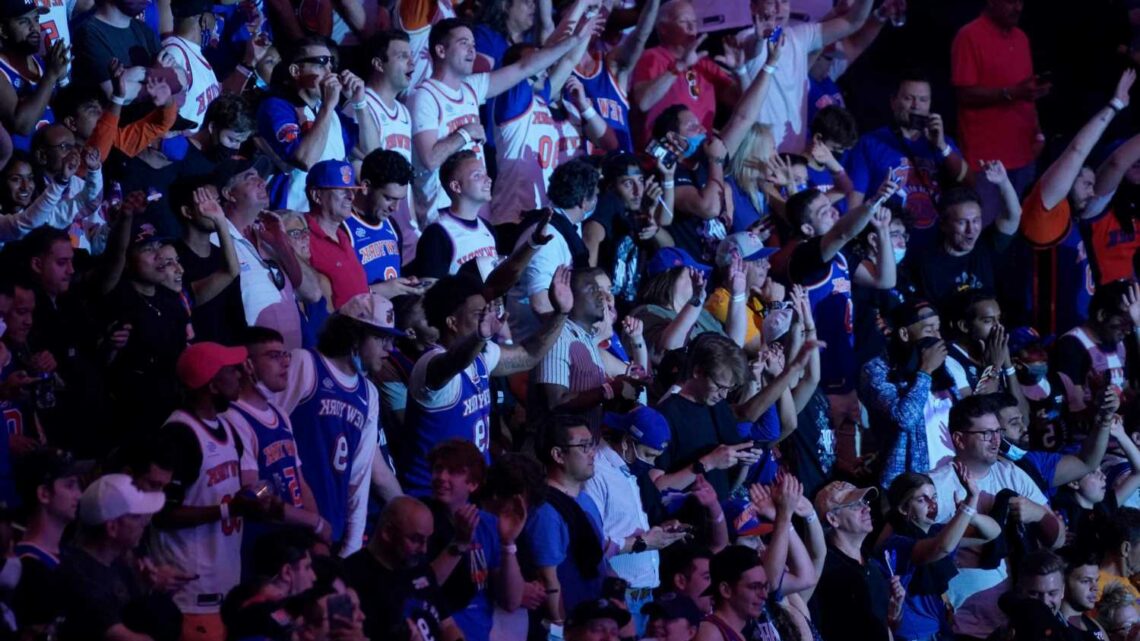 Knicks fans made this night at the Garden unforgettable

No one should ever question Kevin Durant's heart

Nets' status as favorites comes with heavy burden of pressure

The truth behind Kyrie Irving, ‘the most misunderstood man in sports'

They will never forget this night, the 15,047 men, women and children who were so damn lucky to be inside the Garden. Trae Young shouting at them to be quiet when it was over, raising an index finger to his lips and doing his villainous best to become this generation’s Reggie Miller, is not the image they will remember.

Knicks fans will always think first and foremost about being together in this building, celebrating a winning Knicks team and a return to playoff basketball at last. More than anything, they will remember celebrating the joys of living, and breathing, and screaming at the top of their lungs for something they care deeply about as the pandemic finally starts fading to black.

This was an excruciatingly painful Game 1 defeat, no question about it. Young took the ball in the end with the score tied, beat Frank Ntilikina off the dribble, and hit one of his patented floaters in the lane with nine-tenths of a second left before striking back at the crowd that had profanely chanted his name. If nothing else, the 107-105 final was proof positive that the Knicks just aren’t talented enough to win when Young scores 32 and Julius Randle scores 15 while missing 17 of 23 shots.

But on so many levels, this was the most satisfying playoff loss the Knicks have ever suffered. Ever. Maybe you had to be there to understand. Before the game, Tom Thibodeau recalled that Larry Johnson’s four-point play against the Pacers in the 1999 Eastern Conference finals was the loudest he’d ever heard the Garden. I was courtside for that moment, and would second Thibs’ motion. I would also argue that I’d never heard a playoff crowd louder in the first half than Sunday night’s crowd was right out of the gate.

“It was amazing in here, better than I could ever imagine,” RJ Barrett said. His teammate, Derrick Rose, called it “everything that we expected and probably a little bit more.”

The fans exploded on an early Randle basket. They chanted Obi Toppin’s name after a high-flying dunk. They went wild in response to an Immanuel Quickley 3. They nearly blew the roof off the place after Barrett posterized Bogdan Bogdanovic with a windmill on the fast break.

Much as they tried, the fans couldn’t will their team to victory. Young had the last laugh, and the Knicks fans went home grumbling about the late-game officiating that, in their minds, mocked Hawks coach Nate McMillan’s pre-series claim that the league wants the big-market Knicks to advance to the next round.

So be it. Game 2 can swing the momentum right back to the Knicks, and hey, this was one postseason night when it wasn’t exclusively about the scoreboard anyway. Winning wasn’t everything, or the only thing, after all the horrors the city has endured over the past 14 months. This was more of a community revival than a basketball game. This was more of a New York comeback than a Knicks comeback, and frankly, it was exhilarating to sit in on it.

In the lead-up to the Knicks’ first appearance in the playoffs since 2013, Thibodeau spoke of wanting to give the fans “something to be proud of.” He’d already done that by delivering a 41-win season that nobody saw coming, and by establishing a culture of grit and accountability that could make the Knicks attractive to marquee players in the near future. The kind of marquee players who win championships.

Not that Thibodeau was focused on brighter days ahead, or on the uplifting crowd support, in the wake of this stinging Game 1 defeat. “Having fans, I think, is great,” he said. “And we’ve got to play better.”

New Yorkers know what this team is, and what this team is not. Stars around the league forever talk about Knicks fans as the most knowledgeable in the game, as keen observers who recognize and appreciate team-centric play and earnest hustle more than their peers in other towns. Those fans fell hard for this 2020-21 team not because they believe it is a legitimate championship contender, but because it almost always played hard, and played for one another.

The Knicks did both against the Hawks in their best-of-seven opener, and just fell short. In other years, a gut-punch postseason result like this would have felt like the end of the world to some. New Yorkers who weathered the pandemic know better now.

Everything is going to be OK. The sun will come up tomorrow, and Thibs will be back in the film room when he isn’t breaking down his team’s mistakes in the gym.

After all, New York won on Sunday night. Who cares what the final scoreboard says?