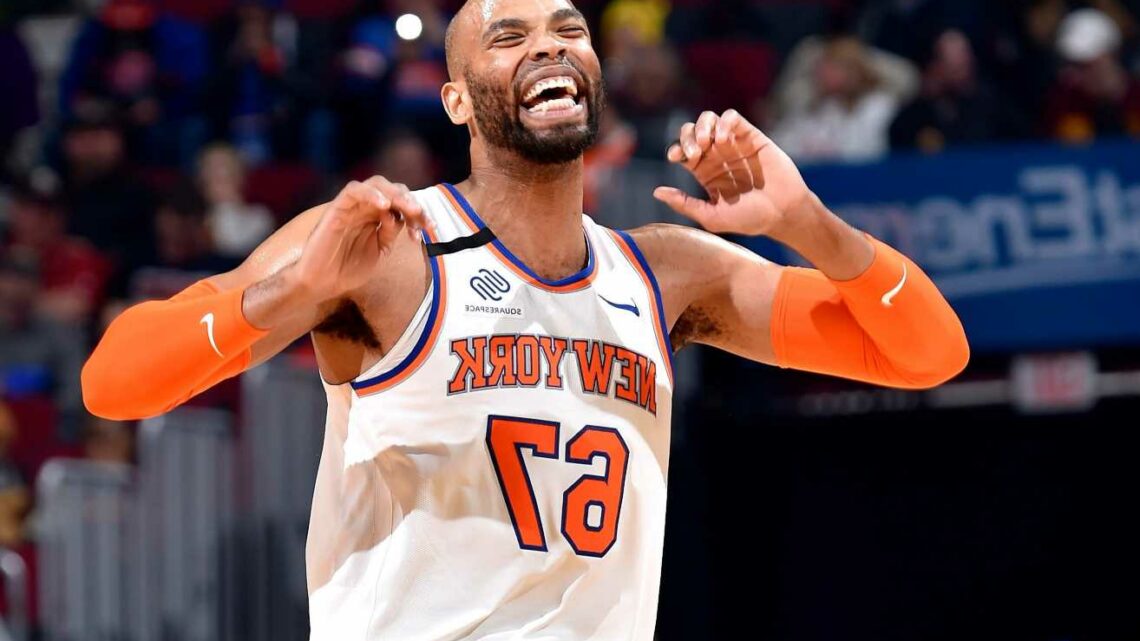 This can’t be it for the Knicks — right?

Taj Gibson is back with the band.

The reunion of the old crew kept growing larger as one of Tom Thibodeau’s favorite players in Gibson will return on a one-year, $2.7 million deal, according to a source.

The Knicks had $4 million left in cap space before the Gibson signing. That leaves the Knicks with the same three centers that played much of last season in Nerlens Noel, Mitchell Robinson and Gibson, who by the end was their starting center because of Noel’s balky ankle in the playoffs.

Gibson, the Brooklyn native who just turned 36, will return for a third Knicks season. He didn’t start the season with the Knicks last year, signed in the first month upon Thibodeau’s request.

Gibson played under Thibodeau in Chicago and Minnesota. The Knicks coach regards Gibson as one of the most intelligent defenders in basketball and his grit is off the charts. Gibson also preaches the gospel in the locker room and was a key presence in their 41-31 regular season .

Last week, the Knicks waived shotblocking center Norvel Pelle after drafting Texas center Jericho Sims at No. 58. Sims is an athletic defender but likely will get a two-way G League contract. According to a source, the new rules of the two-way deal allows a player a maximum 50 games.

Re-signing Noel and bringing back Gibson is another indicator the Knicks are concerned with Mitchell Robinson’s health. Robinson had foot surgery March 30 and was still pictured in a walking boot at his foundation camp in New Orleans on July 31. Robinson has yet to talk to the media since getting injured.

The Knicks are still trying to add either a starting point guard or a backup to Derrick Rose, though their league-high cap space has dwindled to almost nothing. Dennis Schroder and Victor Oladipo are still on the board.