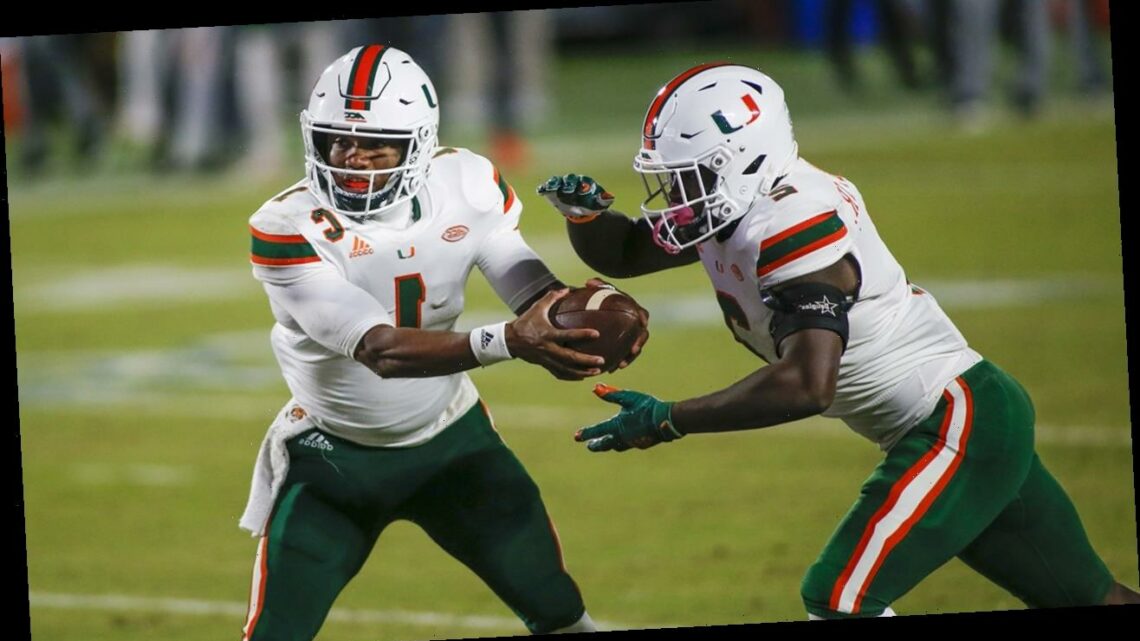 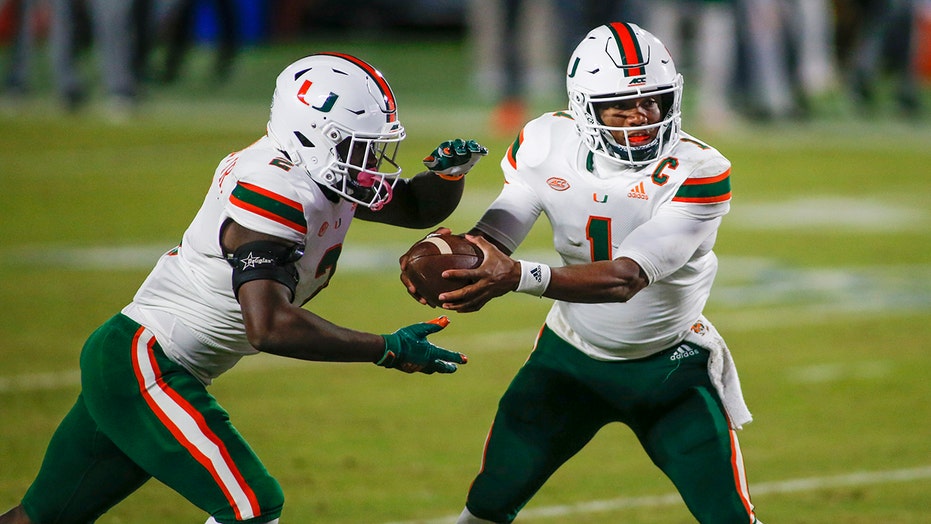 D’Eriq King threw three touchdown passes and ran for a score to help No. 9 Miami beat Duke 48-0 on Saturday night in the Hurricanes' return from a two-week pause amid coronavirus issues.

King hit Mike Harley for an 89-yard touchdown in the third quarter for the Hurricanes (8-1, 7-1 Atlantic Coast Conference, No. 10 CFP), while Cam’Ron Harris ran for 96 yards and two scores.

Miami earned its first road shutout in 20 years, while Duke was shut out for the first time in a dozen years.

Miami was playing for the first time since beating Virginia Tech on Nov. 14, and had spent the weeks since dealing with positive COVID-19 tests and quarantines. That included having two games postponed. The trip to face the Blue Devils was a late replacement for a rescheduled visit to Wake Forest, as the Demon Deacons faced their own coronavirus issues.

The Hurricanes had 15 players unavailable, but had no trouble.

King hit Brevin Jordan for a 24-yard touchdown midway through the first quarter, followed by Harris blowing through a gaping hole on the left side, untouched, for a 34-yard score. King followed with an 11-yard keeper, punctuated by a collision with Duke’s Jeremiah Lewis at the right pylon, that gave Miami a 21-0 halftime lead.

That lead only grew, as King hit Harley with a perfect pass deep down the middle for Miami's longest offensive play of the year.

Chase Brice completed 20 of 25 passes for 94 yards for Duke, which had just 81 yards by halftime and finished with 56 yards rushing.

Miami: The Hurricanes were trying to keep alive slim hopes of reaching the ACC championship game, but fourth-ranked Clemson’s win at Virginia Tech on Saturday night closed the door on that. The Hurricanes had a bumpy start with the extra time off, losing a fumble on the second snap and putting the ball on the ground again on the next drive before recovering it. But the King-led offense soon settled in, while the defense secured the program's first road shutout since beating Syracuse 26-0 in November 2000.

Duke: Roughly a week ago, the Blue Devils were expecting to host Florida State. Instead, they ended up with a matchup against the Hurricanes with a chance for a third straight series win. But they merely added to a national-worst 30 turnovers coming into Saturday while struggling defensively again after giving up 56 points in each of their last two games. It resulted in their first shutout loss since dropping a 27-0 decision at Georgia Tech in October 2008.

Miami did nothing to hurt its standing as a top-10 team, either in the AP Top 25 or the CFP rankings.

Duke: The Blue Devils visit Florida State next Saturday in a matchup bumped to make room for the Miami game.