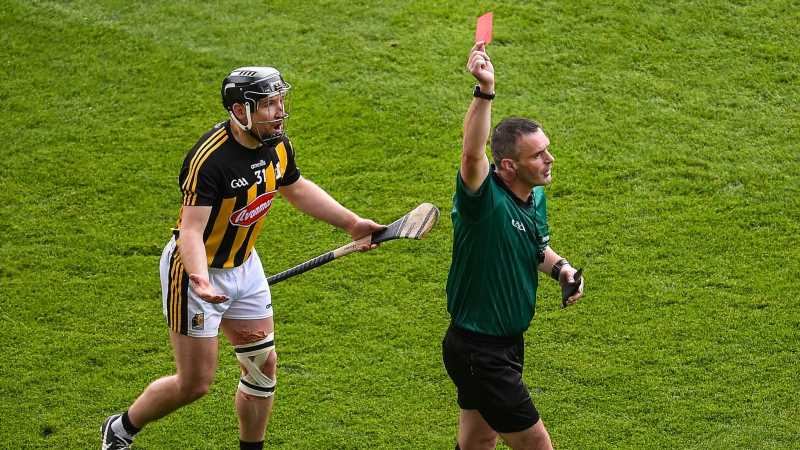 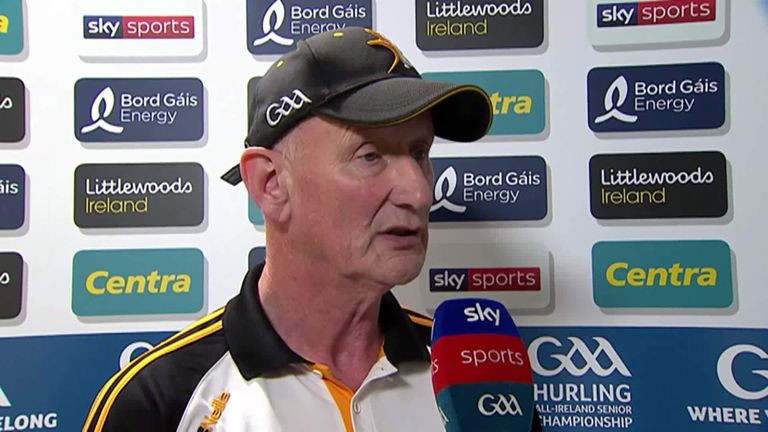 The Cats fell to their biggest defeat of Cody’s reign, as the Premier ran amok against 14 men.

The Danesfort man was given his marching orders after a high challenge on Cathal Barrett late in the first half, but Cody was left to ponder if Wexford native Owens was sure about the call, given that he took an extended period of time consulting with his linesman.

“The referee, he talked for a long time with his linesman and he seemed to be very, very unsure. To give a red card when you’re unsure is a serious decision to make,” Cody said after the game.

“Nobody seems to know [if it was the right decision]. I was close to it. I was amazed. 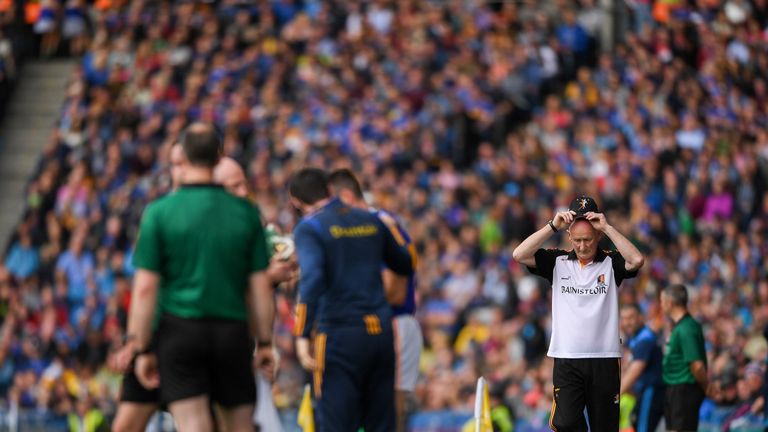 “First of all, we’re not going to be making excuses for not winning the game. We were beaten well in the final score but it’s a huge decision to make to issue a red card.

“You’d want to be very, very definite before you do a thing like that and certainly it took the referee a long, long time to decide to make up his mind and say, ‘I wonder what that should be?’

“He consulted himself, he consulted his linesman, he consulted the player himself, went over to have a look at him, and I would say if he knew for certain what it was going to be, he would have made his mind up straight away.”

The James Stephens club man felt that it did change the complex of the second half.