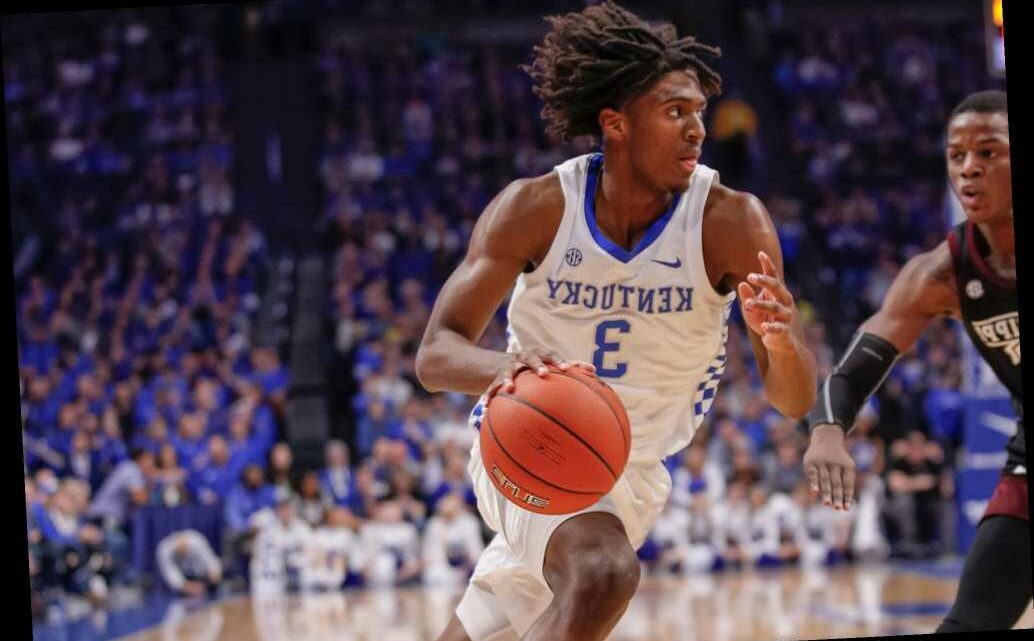 From the sound of it, Payne, John Calipari’s longtime Kentucky assistant, wouldn’t mind taking on a third Kentucky scorer, whom he just coached last season in Lexington.

In an interview conducted with The Post on July 13, before he became a Knicks coaching candidate, Payne raved about lottery prospect Tyrese Maxey, the 6-foot-3 electric Kentucky freshman combo guard.

Most mock drafts have Maxey as a late lottery pick but if the Knicks stay within the 6-to-10 range, Payne believes Maxey will be a good value pick the way the NBA is trending with positionless basketball.

“I think he’d be a good fit for any team,” Payne told The Post in July. “In the next couple of years, he’s going to be one of those guys you look back on and people say: “Wow, I knew he was good, I didn’t know he was that good. When you’re drafting a kid this young, you’re looking at if he can help now, but you’re also projecting where he’ll be a year or two year from now.”

The lottery will be staged virtually on Aug. 20 with the Knicks seeded at No. 6, holding a nine-percent chance of vaulting to No. 1.

Payne’s addition to Tom Thibodeau’s coaching staff has been hailed as a boon to aiding Knox’s slow development and getting back with Randle, who still could be a franchise building block at age 26. But Payne will have insight into a lot of the draft prospects, particularly Maxey, with the Knicks holding three picks in the top 38.

The 6-foot-3 Maxey scored 26 points in his Kentucky debut – at the Garden vs. Michigan State. The knock on the Garland, Tex. product is he’s not a true point guard and started the season lax on defense.

“The NBA is going to guards being versatile,” Payne said. “And he can really score and do it running off screens or throwing it back to him when the defense lags and allows him to be in scoring position. But you also can put him in position for him to be a lead guard. It’s the ability to do both – play off the ball and on the ball that is vital in today’s NBA.”

Maxey, represented by the super-agent Rich Paul, doesn’t have blinding numbers but Payne feels he missed out on a big chance to lift his stock in the scrapped SEC and NCAA Tournaments.

“I just think he loves to play,” Payne said. “His personality, his ability to play well during crucial times of games — whether that’s scoring or defending. He really got better at defending from the start of the season to the end. When you evaluate players when they’re that young, you evaluate how much growth they have in a short period of time.

“From the day he came into the program to the day he left, he’s learned to play defensively the way he needed to. There were games he was rebounding and could’ve had triple doubles. He’s headed in the right direction. His best basketball is ahead of him.”

Payne wished he could’ve gotten the chance to lead Kentucky deep into the NCAAs.

“He needed conference tournament to prove that’s who he really is,” Payne said. “I hope teams have seen his whole body of work from high school, AAU and college. One thing about being at Kentucky, the way you play at the end of the year, it’s concrete info on who you are. Winning is another talent and skill. When you got to elite 8 and Final 4, you bring a winning attitude that helps an organization.”

There is talks about staging a downsized Draft Combine with live interviews in September. The draft has been postponed until Oct. 16 because of the COVID-19 disruptions.

“He has unbelievable character, unbelievable family, high character,” Payne said. “And he wants to be great. The league is going towards players like him that that are high character kids. He’s super articulate, a fun-living personality, comes to the gym every day – good, bad or indifferent – and has fun playing basketball. He loves talking to coaches and being around his teammates.”

How tall are the Kardashians? From Kim to Kylie, here’s a look at who the tallest and shortest siblings are
World News