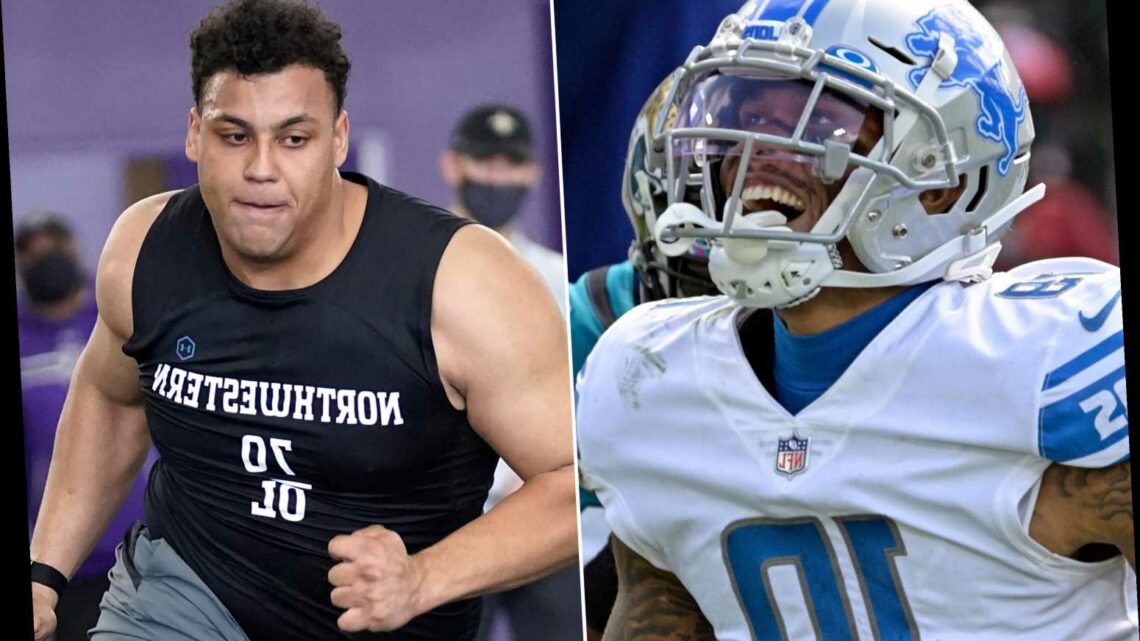 When the request was relayed by his head coach, John Mara knew what was at stake. The Giants co-owner is not called in unless it is a high-priority wooing, and this certainly qualified.

The Giants were hot on the trail of wide receiver Kenny Golladay, and coach Joe Judge, after extensive discussions and meetings with the player, suggested that Mara, who along with Steve Tisch cuts the checks and ultimately signs off on all deals, make a personal connection with Golladay.

Mara knew the price would be high and that the stakes were enormous, as far as checking off the top-priority box in free agency. He knew, just as importantly, what the addition of Golladay meant to the team’s approach on April 29 during the first round of the NFL draft, as well as the next day in Round 2.

“I did feel some sense of urgency,’’ Mara said. “We didn’t want to lose him. We thought he’d be a vital piece to what we want to accomplish going forward. To have a receiver with that skill set alongside the guys we already have we thought would be a huge piece for us.

“It also takes pressure off of us going into the draft. We don’t have to take a receiver in Round 1 or Round 2, we can sit there and just take the best player available when it comes to our spot. I think that’s another reason why it was so important to us.’’

Mara has sat in — and paced around — so many draft rooms over the years that he knows how different it is when the Giants are on the clock and can make a selection from a position of strength, without a well-advertised and glaring hole that needs to be filled. The priority, after last season’s 6-10 showing for a franchise saddled with the NFL’s No. 31 scoring offense: add playmakers — guys who are dangerous and productive with the ball in their hands. This would give Daniel Jones a fighting chance to prove his worth as a quarterback.

Factoring in the free-agent landscape at receiver, the Giants’ seemingly limited salary-cap resources and the plethora of pass-catching prospects coming out of college, it figured whatever big money was available would be spent on improving the pass rush, signing a cornerback or upgrading the offensive line. The No. 11 pick in the draft seemingly was targeted for a receiver. Now that Golladay is aboard, the handcuffs are off, and the Giants are free to go in several different directions early in the draft.

Sure, they can still pick a wide receiver, though that is a far less desperate requirement now. If they believe either of Alabama’s two studs, Jaylen Waddle and DeVonta Smith, is going to be a difference-maker, doubling down at the position makes sense. Alongside Golladay, Sterling Shepard and Darius Slayton are capable players, but do either of them have the long-range potential of Waddle or Smith? One of those two Crimson Tide talents should be there for the Giants.

The signing of cornerback Adoree’ Jackson gives the Giants a starter on the outside to pair with James Bradberry, but there is no such thing as “we have enough’’ at that position. One of the two top corners in this draft, Caleb Farley or Patrick Surtain II, should be on the board at No. 11. Either one would instantly inflate the talent level of an already intriguing, young defensive backfield.

Despite their belief in their young players, it does feel as if the Giants are at least one talented offensive lineman away from earning the right to feel confident in this group. Penei Sewell probably will be gone at 11, but Rashawn Slater might be available — and he would immediately challenge Matt Peart for the starting right tackle job or move inside as a lethal guard.

If the Giants are adamant about upgrading their pass rush — in a year when edge rushers are not abundant — there will be options at No. 11. Kwity Paye, Micah Parsons, Jaelan Phillips, Jayson Oweh and Gregory Rousseau all have obvious strengths and some weaknesses, but all would inject defensive playmaking and give coordinator Patrick Graham another weapon to work with.

Even after the free agency spree, Mara stressed, “We’re certainly not a finished product by any stretch of imagination,’’ and he pointed to the draft as the next proving ground. Signing Golladay and Jackson allows the Giants to go in with a clear head, which usually leads to healthier choices.

STEPHEN GLOVER: Tell your kids to sign up at town hall to get rich

Jennifer Garner, Blake Lively, and More Celebs Have Worn These Comfy Sandals for Two Decades – and They're on Sale
World News