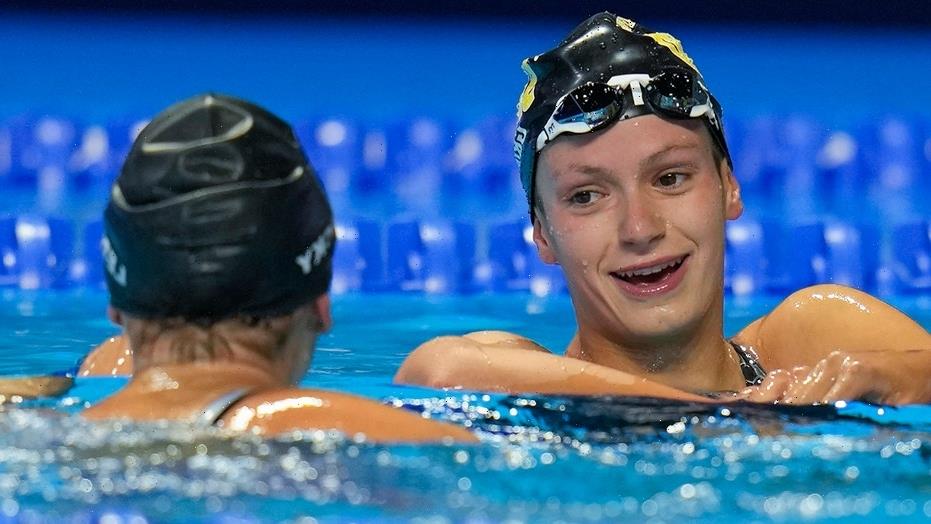 The 15-year-old budding superstar outraced Haley Anderson for the second spot on the Olympic team. She finished the 800-meter with a 8:20:36 mark – 11 seconds better than her previous best.

“Speechless. I wasn’t expecting that. I just wanted to finish it. I’m so honored to be in this meet, to be going to Tokyo,” Grimes said after the race.

Grimes will be alongside Ledecky on the American team. Ledecky is already considered one of the best swimmers of all time and Grimes was astonished to be on that same squad.

“To be able to be on the team with her, is gonna be awesome,” Grimes said.

Grimes is the same age as Ledecky was when she won her first Olympic gold at the 800-meter freestyle at the 2012 London Olympics.

Grimes, who swims for Sandpipers of Nevada, earned a bronze medal at the 1500 freestyle at the 2018 Wester Zone Senior Championships. The Las Vegas native earned bronze medals at the 200 back, 500 free, 1650 free and the 400 individual medley at the 2019 Southern California 14 & Under Junior Olympic Championship.

Ledecky had big praise for Grimes.

“Her 800 split in her mile the other day was faster than her prelim swim in the 800. So I knew that she had something up her sleeve,” Ledecky said, via the Team USA website.

Ledecky said she told Grimes she wasn’t the future of the sport but the “now.”

“It really is full circle,” Ledecky added. “Nine years ago it was Katie and Kate, Kate Ziegler. And we’ve got another Katie and Katie, so I don’t know what it is about Katies and freestyle swimming, but it’s awesome.”