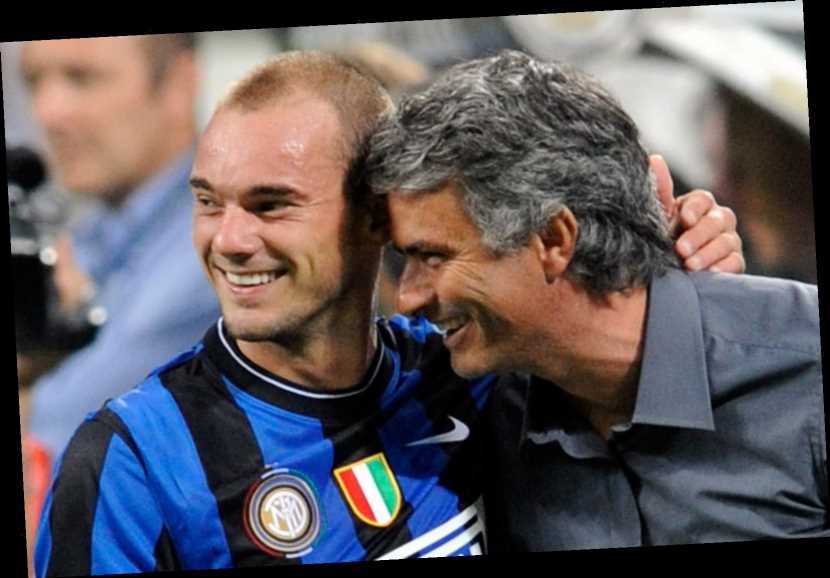 Jose Mourinho ‘made his own laws and players loved it’, says famous party-boy Wesley Sneijder

JOSE MOURINHO "made his own laws and players loved it", revealed famous party-lover Wesley Sneijder.

Sneijder enjoyed the best spell of his career during at Inter Milan, winning five major trophies during his four years with the club. 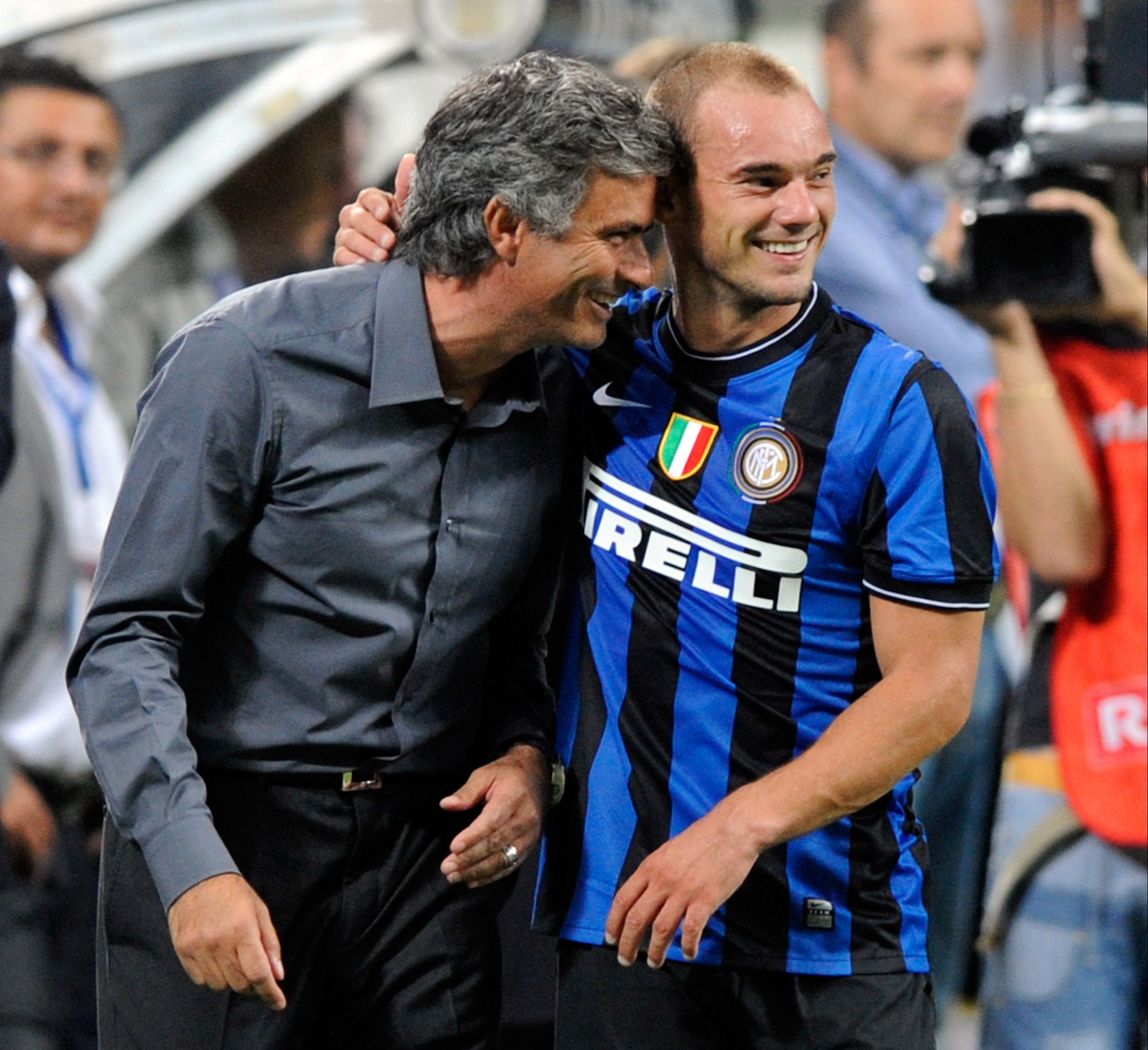 That included a remarkable treble in 2010 as the San Siro side claimed the Serie A, Coppa Italia and Champions League crowns under Mourinho.

And the Dutchman, writing in his autobiography, reckons the Special One's relaxed attitude to off-field behaviour was crucial to making the players comfortable and perform.

As reported by the Mirror, Sneijder crushed the idea of Mourinho's hard-line style and said: “Mourinho made his own laws – and the players loved it.

“He knew how to handle us so well. He said, ‘I give you guys more freedom than you are used to and, in ­return, I get a better team’.

“During games he ­demanded everything from us. But away from the pitch he gave us a lot of space. Drinking wine, fags… I am sure he knew that we were doing this stuff.

What a brilliant boss. Mourinho and I were one.

“We were even free in our choice of what to wear. We had a sponsor for all our suits, but Mourinho said we did not have to wear the suits if we didn’t want to.

“He said, ‘You are football players, not fashion ­puppets’. Only three things were important: train hard, keep focus and have fun.

“So we all wore our ­tracksuits or jeans. ­Everyone was wearing different ­coloured polo shirts. It was so funny – but ­no one at Inter had the guts to tackle Mourinho about this.”

Sneijder – who also reached the World Cup final in 2010 – had spells with Galatasaray, Nice and Al-Gharafa before hanging up his boots last year.

And he recently revealed he could have been like Lionel Messi and Cristiano Ronaldo – if it wasn't for his love of wine.

But speaking about Mourinho, he recognised the now-Spurs boss perfected the art of man management, treating each individual in the best way to get maximum output.

Sneijder, who once partied until 6am with his wife, George Clooney and Megan Fox the night before scoring in a Champions League match, added: “Mourinho ­protected us always – but you don’t mess him about.

“During the Champions League final, Mourinho told Balotelli to do a warm-up for 45 minutes, then let Marco Materazzi warm up for five minutes. Materazzi came on, ­Balotelli didn’t. ­Mourinho has his own laws.

“He did the most unexpected things. Maicon got a red card and was suspended for two games. Mourinho pulled him over the next day in training, called him a silly boy and then told him to go to see his family in Brazil.

“He did the same to me. I was alone in Milan and my girl was in Amsterdam. When he heard this, he said I should jump on the plane and see her for a few days.

“Jose told me to be back on Friday and when I told him we had a game on ­Saturday, he said, ‘Exactly – and you are going to play out of your skin for me’.

“What a brilliant boss. Mourinho and I were one.”