Home » Sport » John Mara: Why Dave Gettleman is coming back as Giants GM 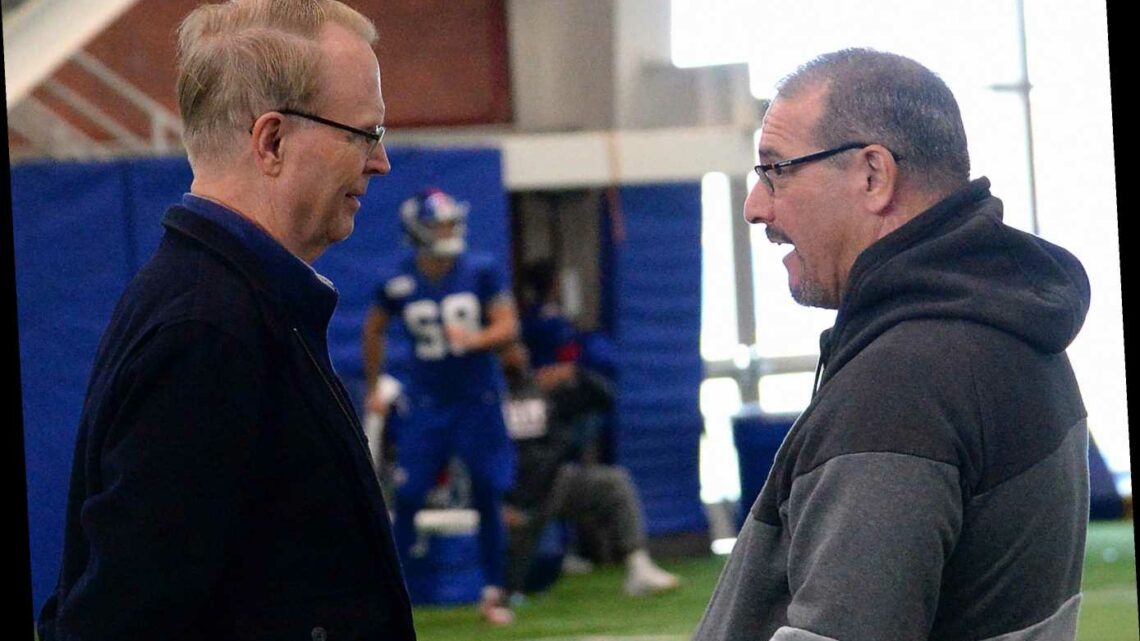 John Mara: Why Dave Gettleman is coming back as Giants GM

Assistant shuts down Jets to stay with Giants

There was no formal announcement by the Giants or co-owner John Mara on Wednesday relaying that Dave Gettleman is coming back as general manager.

Asked about this, Mara smiled and said, “Well, he is coming back, if you want a formal announcement about that.’’

It clearly was not something weighing on Mara’s mind, whether he needed to move on from Gettleman. The reason for the return is not based wholly on the performance of the team – the Giants this season finished 6-10 and, once again, did not make the playoffs – but rather on the way Gettleman and Joe Judge, the first-year head coach, worked as allies in their first year together.

“He and Dave worked very well together,” Mara said.  “All of our personnel decisions I thought improved significantly this year.  They were able to agree on basically every decision we made. I thought our draft was solid, our free agency moves were solid and I think we have the foundation for something that can be very successful going forward.”

Gettleman, who turns 70 next month, went 9-23 in his first two years running the entire football operation. There is no change to the structure of how the organization goes about finding and procuring players.

“The general manager and the head coach collaborate on personnel decisions,” Mara said.  “Hey haven’t agreed 100 percent of the time but my father [franchise patriarch Wellington Mara] used to have a saying, ‘If you both agree all the time then I don’t need both of you.’  I haven’t had to intercede on one occasion to break any ties.

“They managed to talk it through and work it out, showed good communication and at the end of the day the decision that gets made is a New York Giants decision, it’s not Joe’s decision or Dave’s decision. They collaborated really well and that’s one of the reasons why I’m optimistic about our future.

“I just didn’t think making a change at this point in time was something that was going to be beneficial.”

Mara lauded the job Judge did in his first year as a head coach at any level. The Giants started out 0-5 and were 1-7 at midseason but rallied to go 5-3 in the second half of the season.

“Looking back a year ago I can tell you we’re very pleased with the selection we made at head coach,” Mara said.  “I thought Joe did a very good job, considering what he had to deal with.

“Here you have a brand new head coach at 38 years of age and look what he was asked to deal with, a pandemic, no offseason program, no mini-camps, no preseason games, virtual meetings, protocols that kept changing and he loses his best player [Saquon Barkley] in Week 2. I thought he showed great leadership and great adaptability, nothing seemed to faze him during the year.  Something has to change he just made the change and we went from there.  I thought he showed real leadership and grit and determination the entire time.  I thought he represented our franchise very well, the way I want our head coach to represent our franchise.

“I thought he established a great foundation and a great culture, I know that ‘culture’ word is overused but I think it’s so important and I think we have the beginnings of a very good culture here.’’

The record and missing out on the playoffs after finishing in second place in the historically bad NFC East were not acceptable, Mara, said, but he saw signs that the franchise is moving in the right direction.

“Obviously I’m not pleased with the number of games we won,’’ Mara said.  “I’m disappointed we didn’t do better than 6-10 but I do see progress in the building.  I think the quality of the people we have in the locker room improved a great deal.  I think we have some great leaders down there.  I think we’ve established a basis for a foundation that can have continued success going forward and I’m excited about what the future holds for this team.’’

Mara said, “There’s a different feeling in the building now that there has been in a number of years.’’

Mara was asked how long the fans have to wait for the Giants to produce a winning team.

“Well, hopefully not too much longer because I can’t wait too much longer, quite frankly.  I’m tired of sitting up here at the end of the year trying to explain what went wrong and why I feel optimistic about the future,” Mara said. “I want to do it after a winning season.’’