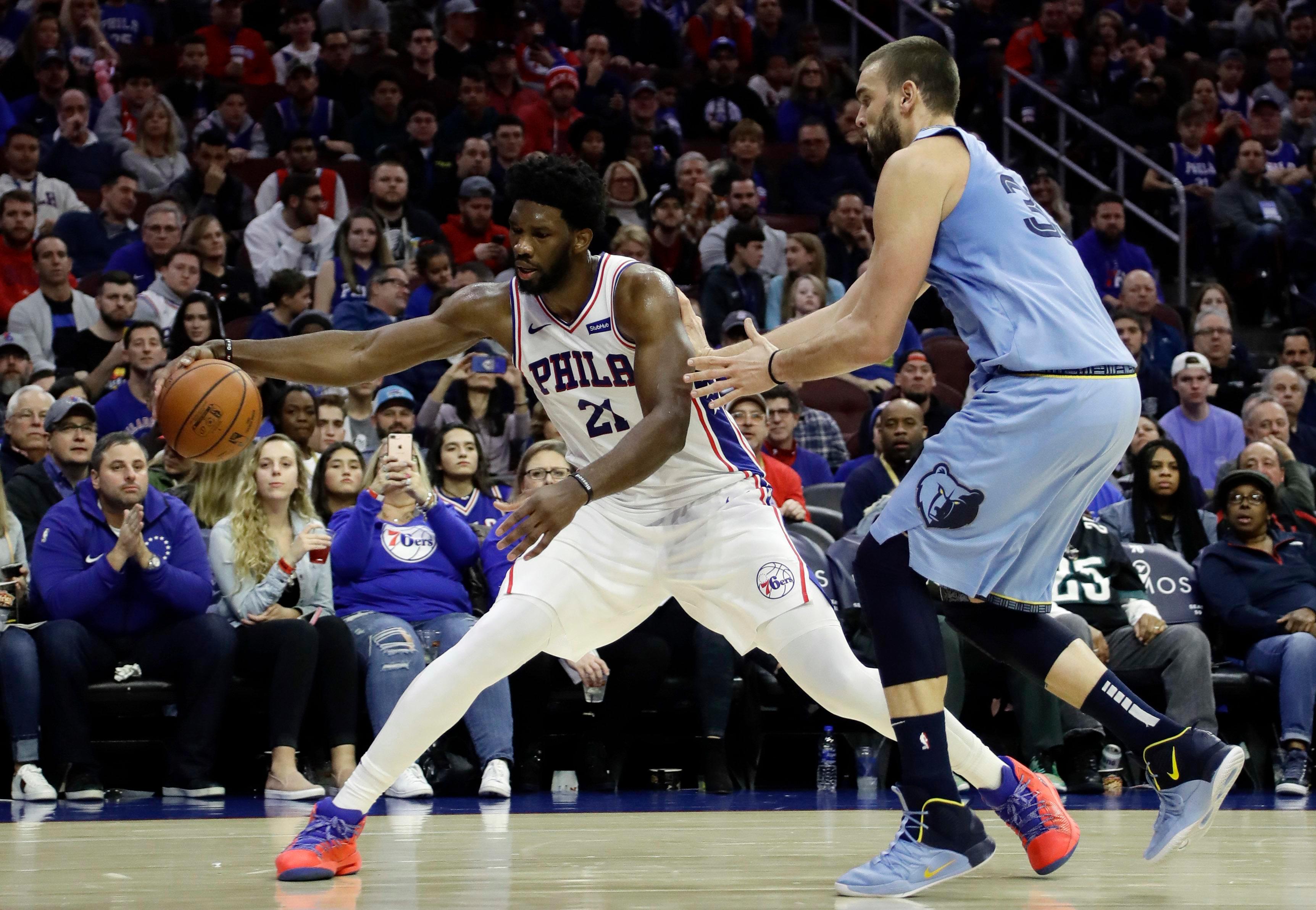 The talent was there, no doubt, but it was an outrageous claim given his body of work to that point. 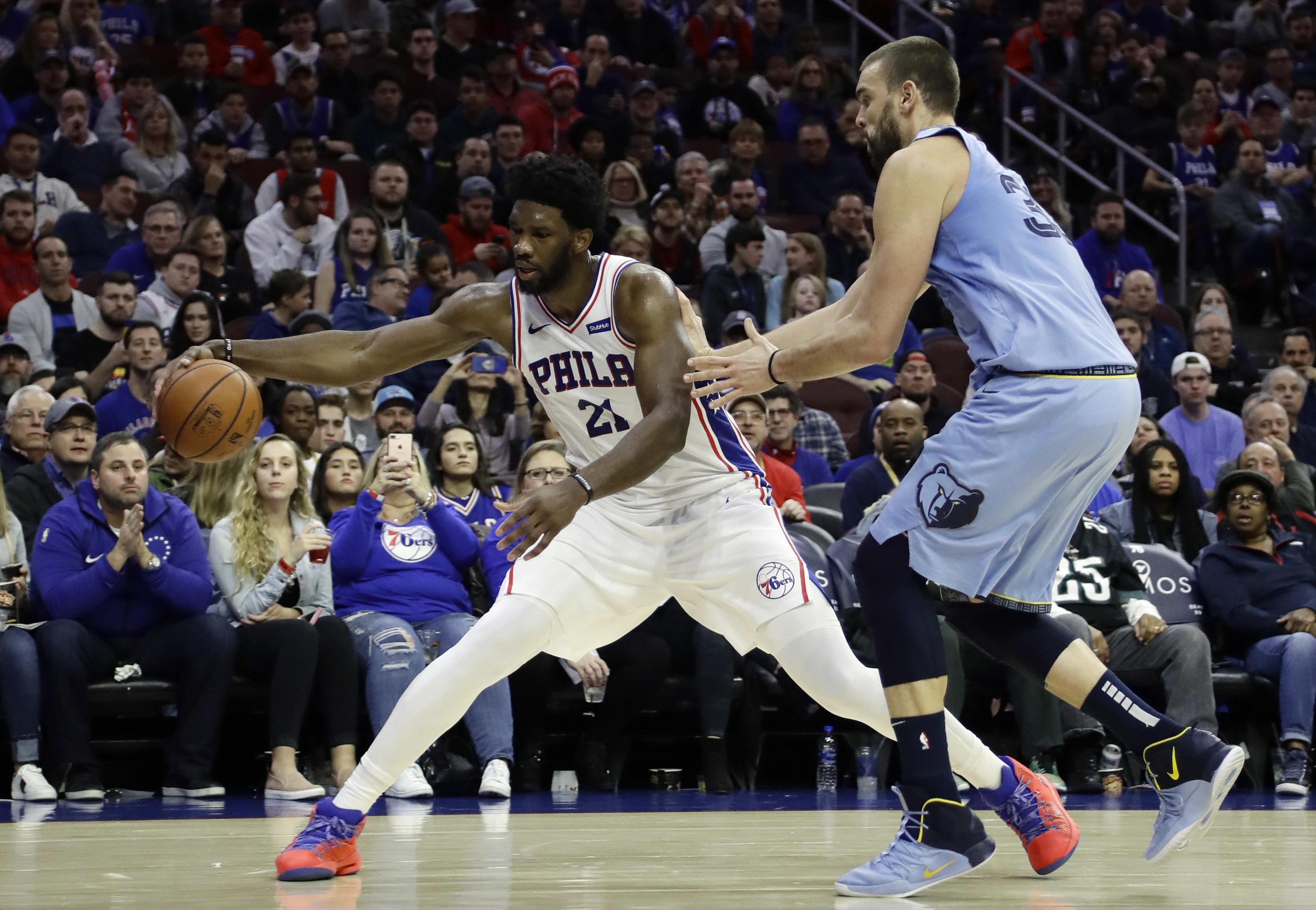 At the time, he'd played just 31 professional games in three years because of two major injuries.

Embiid had actually only played around 100 organised games in his LIFE having only picked up a basketball for the first time aged 16 in Cameroon.

Yet, here we are.

In the time since that interview Embiid has erased all the doubts about his superstardom. 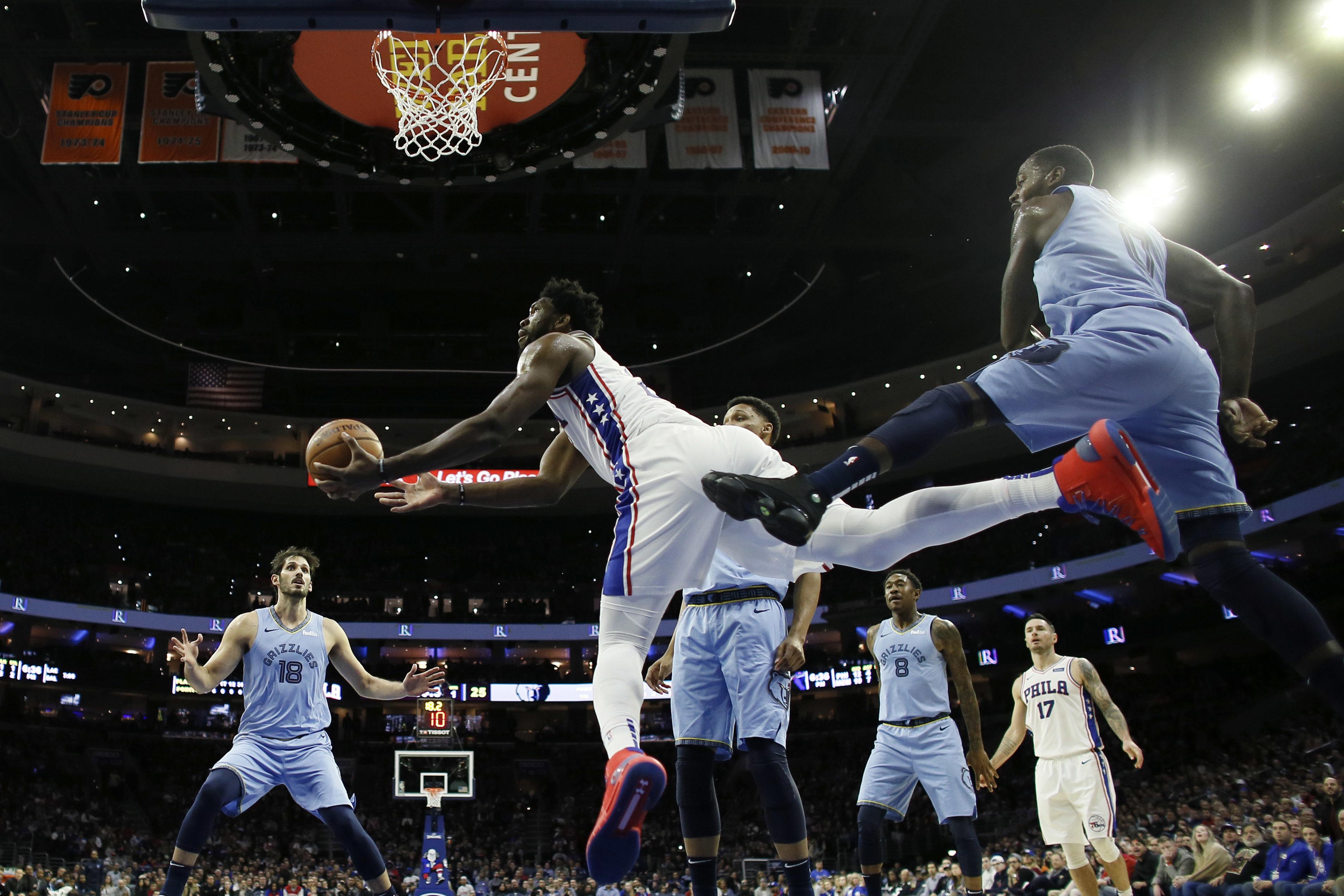 Last season he made the All-Star team and narrowly lost out on winning the Defensive Player of the Year award, coming second largely because the Philadelphia 76ers were extra careful to rest him every chance they got.

In the first quarter of this season, he is even better.

He's not missed a game and is no longer forced to rest. 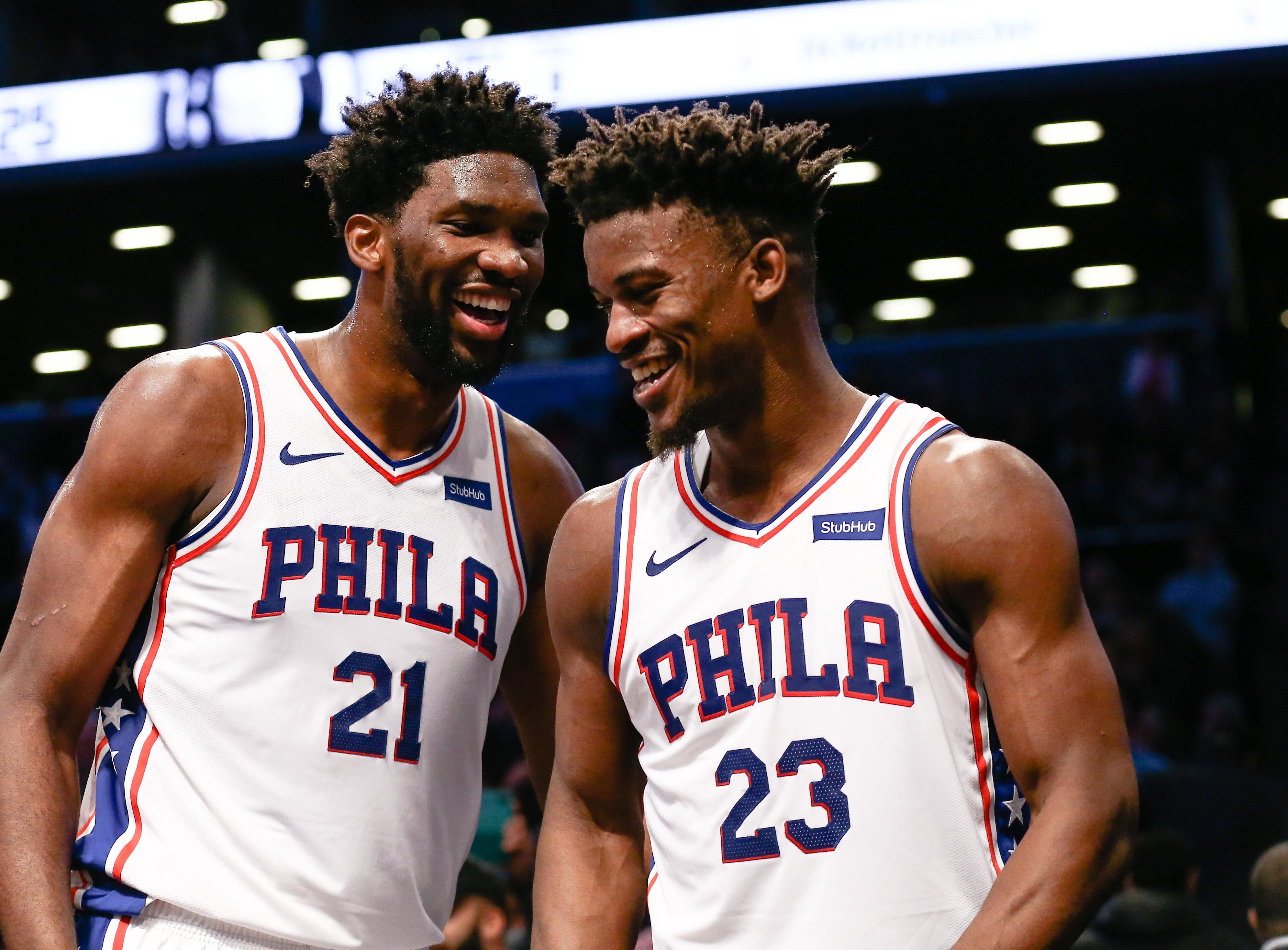 On that end of the floor, Embiid is a throwback, where his sheer, unfathomable size strikes fear into the heart of opponents.

Not only is the Cameroonian 7ft tall and 18 stone of pure muscle, he is (somehow) able to move with the agility and speed of a cat.

When Embiid plays, the Sixers post the best defensive rating in the whole NBA and opponents are shoot around 10 per cent worse than their average when Embiid is defending them close to the basket.

Size isn't his only strength, Embiid has the instincts and brain to see moves before they happen.

On the offensive end he has it all, his combination of size, speed and skill would turn the most zealous atheist into a believer. 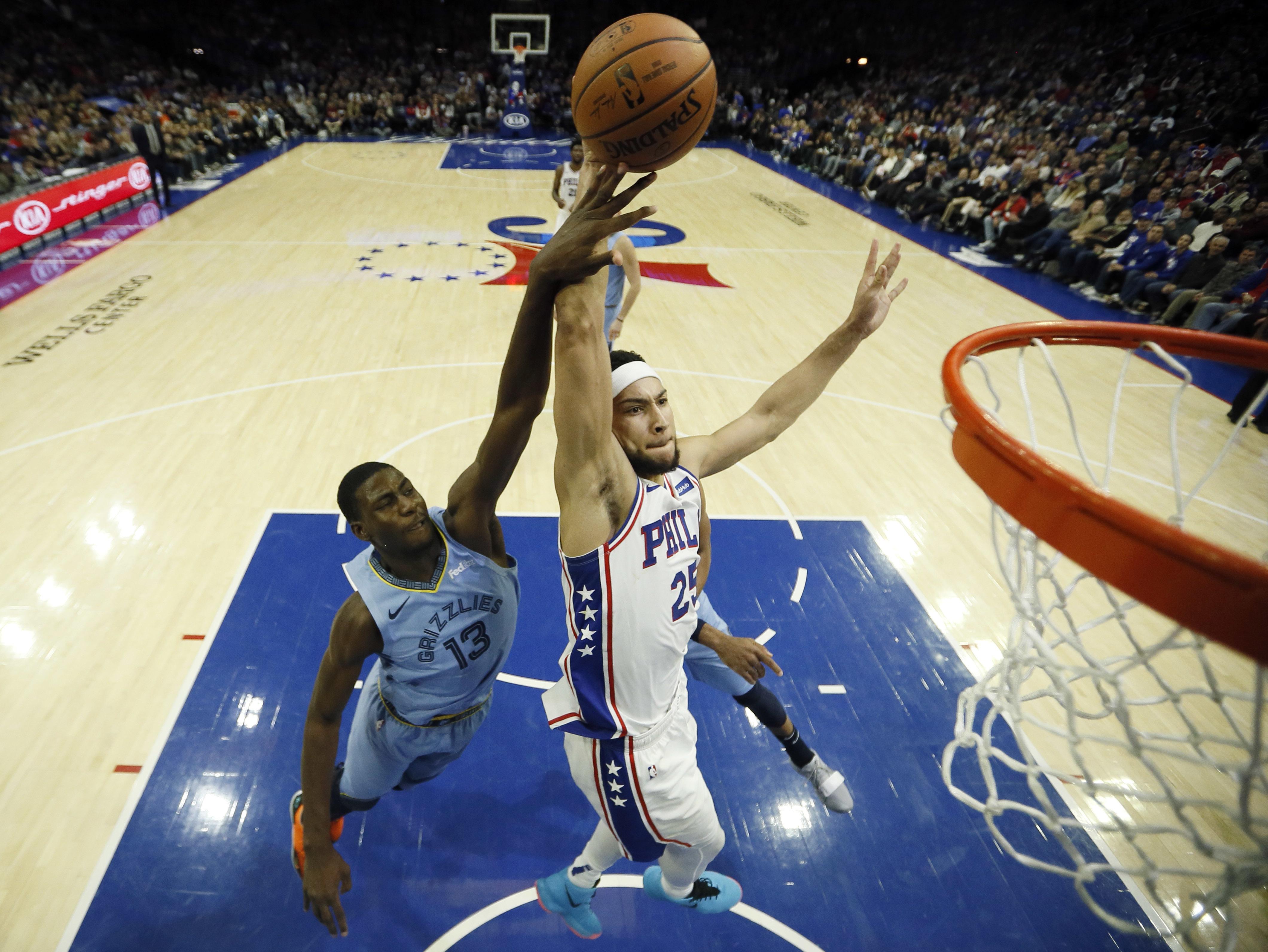 Again, his speed and strength make him difficult to stop close to the hoop, as well as an array of fakes and shimmies to beat his man.

He's able to shoot all the way from three-point range and he has great vision as a passer – Embiid is the complete package.

In a largely inconsequential game against the Memphis Grizzlies last weekend, Embiid didn't have his best game but he showed why the future is so bright in Philly.

The Sixers cruised against Memphis, largely relying on the talent of their big four  – Embiid, Ben Simmons, Jimmy Butler and JJ Redick – to see them through.

After years of systematic, purposeful losing – dubbed 'The Process' – where the Sixers took advantage of the draft system to get the best college prospects, the Sixers are now one of the best teams in the Eastern Conference. 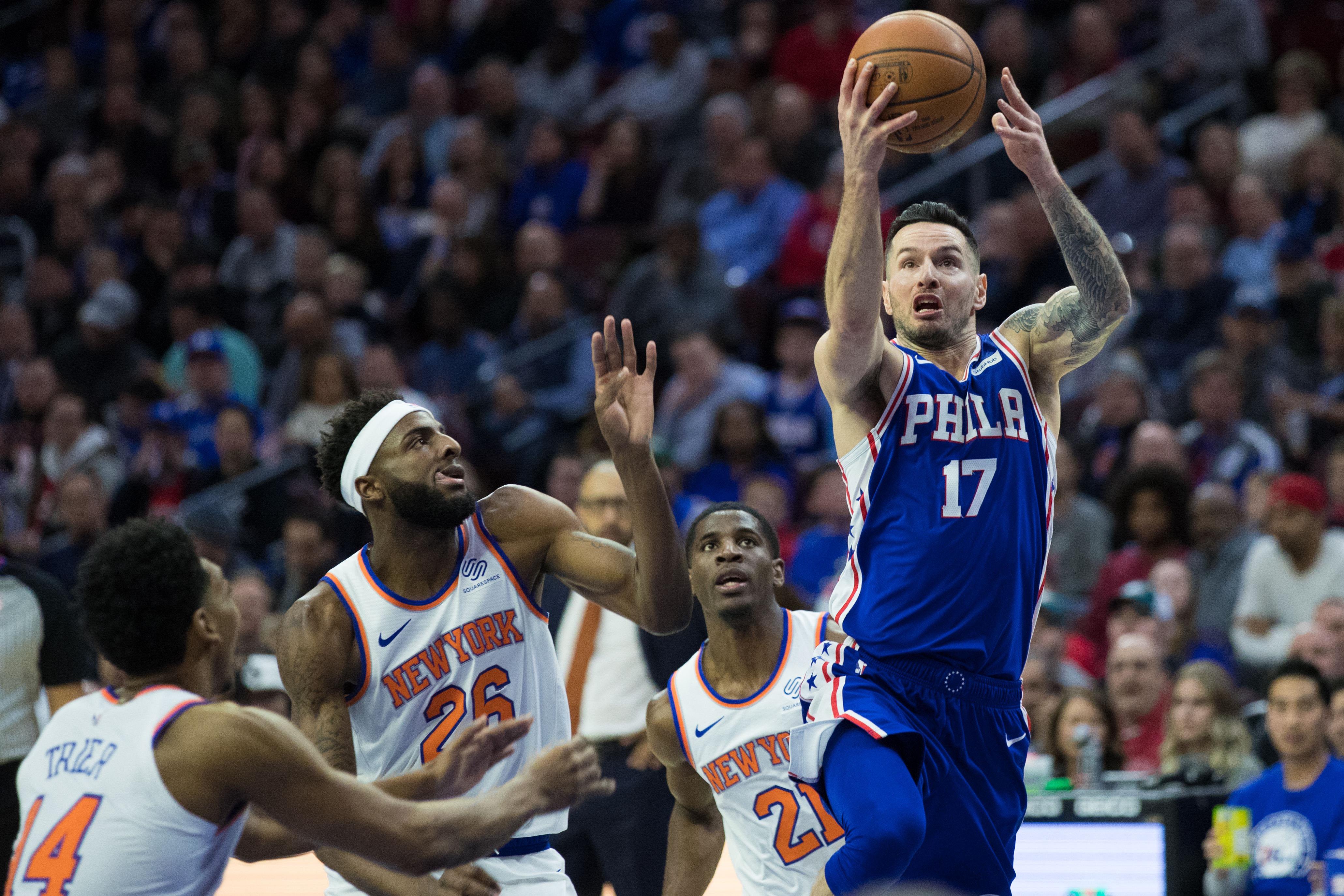 Embiid has taken on the nickname 'The Process' and despite the Eagles winning the Super Bowl, can claim to be the most popular athlete in the city.

Fans cheer his every touch and follow every word on his larger than life social media accounts.

Last month, the Sixers took one more step in their Process, adding superstar guard Butler in a blockbuster trade – with the team winning nine of 12 games since his arrival.

Expectations are as high as they've been since Allen Iverson lead Philadelphia to the NBA Finals in 2001.

Starting forward Mike Muscala told SunSport: "We're a confident group, we realise there's a lot of games to be played so we're just taking it a game at a time. 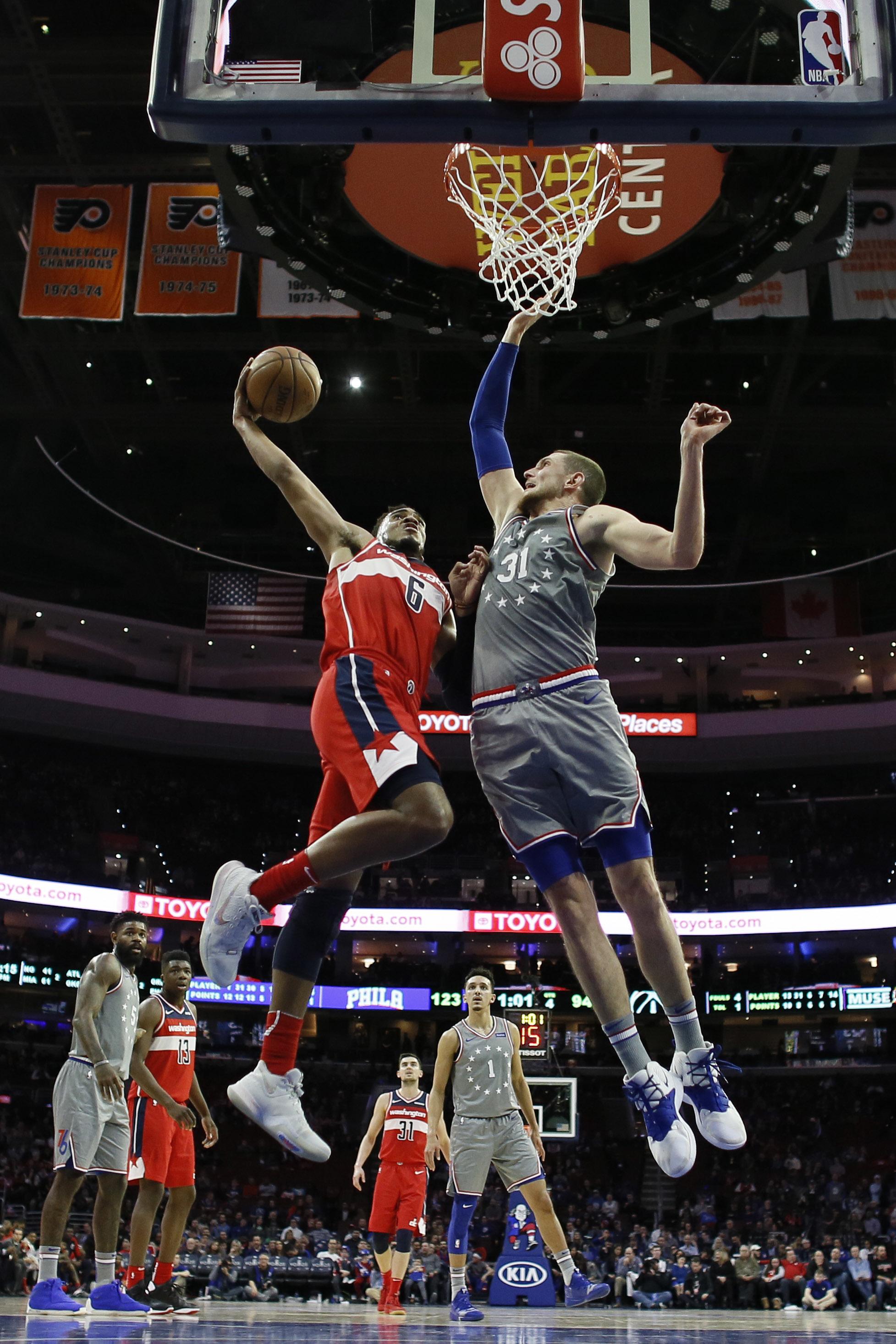 "We try and focus in on each game, of course there are expectations but as a player that's what you want."

Muscala, who has spent the last couple of seasons on losing Atlanta Hawks teams, is excited with where this group will end up.

"Jimmy's a heck of a player, he helps us a lot. I'm fortunate to be here with these guys, they're great players," he adds.

"Joel and Ben [Simmons], Jimmy and JJ [Redick], it's great to play with them."

In a long NBA season the biggest tests are still to come.

But with Embiid on board, there's no limit as to how far this Philadelphia team can go.