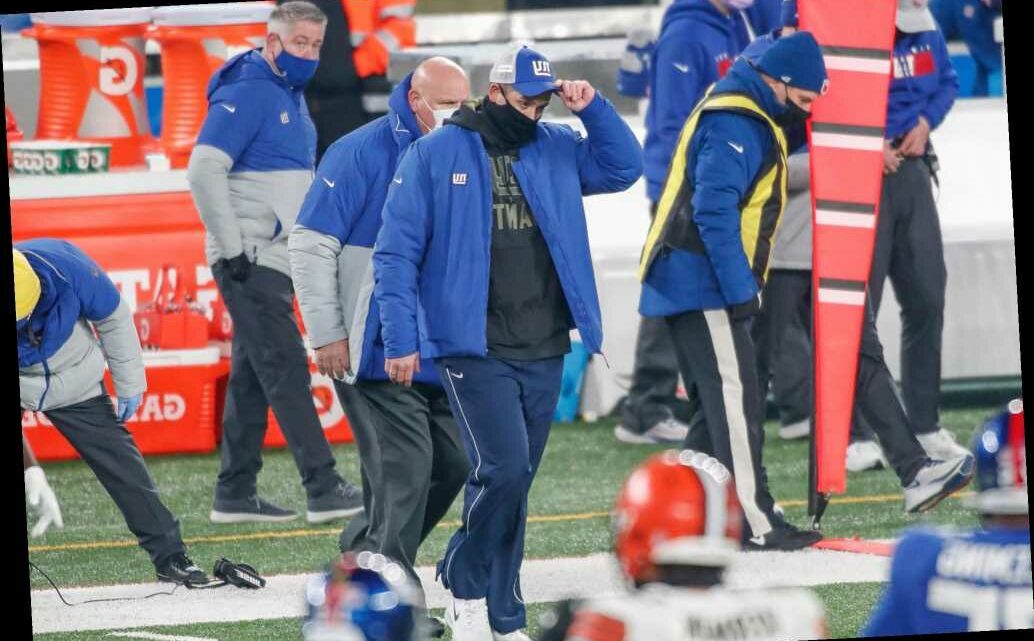 And maybe they shouldn’t have done that this time, either. Maybe they should’ve seized the quick 3-0 lead, see if maybe that would’ve gotten the Cleveland Browns talking to themselves early.

But if we have come to know anything about Joe Judge in this first year on the job, it’s this: he’s not going to cower in the face of long odds. He’s not going to send a message to his own team that he has less than absolute faith in it.

“You can’t tell them all week that you have to play with a certain mindset,” Judge would say late Sunday night, “and then not let them do it.”

That may have backfired here, in this 20-6 loss to the Browns at MetLife Stadium. There was the ill-fated play on fourth-and-goal from the 5, punter Riley Dixon misfiring on a toss to center Nick Gates. There was another fourth-and-2 from the Browns 6 late in the half. That also failed.

Maybe those six points would only have been so much Christmas window dressing, would have merely turned a 20-6 final into a more respectable 20-12. Maybe the Browns, who were awfully sharp, would’ve simply made sure to score more points; they did score 43 of them just six days earlier.

Either way, this much is for certain:

Joe Judge danced with the one who brung him. And while it seems like Joe Judge’s co-mentor, Nick Saban, has been at the University of Alabama since Reconstruction, that’s actually the signature pearl of Bear Bryant, who made Alabama Alabama, and it may be the smartest thing a coach has ever said about coaching.

Always do you. Always be you.

The Giants fell to 5-8 and made it official: whoever wins the NFC East will not represent the division with a winning record. You know how much that will matter to whoever emerges from the epic pillow fight? Zero. Less than zero. They’re a game behind the Washington Football Team still, and have another toughie at Baltimore next week, but the odds are actually quite good the Giants will face a win-and-get-in challenge at home against Dallas in Week 17 no matter what happens.

So Judge needed the Giants to keep believing in what they’re doing, even in a week when they were missing their quarterback (Daniel Jones) their best defensive player (James Bradberry) and their offensive coordinator (Jason Garrett). He’ll need them to be ready next week in Baltimore no matter what Acts of Job befall them this week.

“To be honest, I throw [this game] underneath the rug,” wide receiver Sterling Shepherd said. “We have a big challenge ahead of us we have to get our eyes on Baltimore.”

Said safety Logan Ryan: “We have to back a coach who makes aggressive calls like that.”

That is why the players enjoy playing for the Giants this year. Up and down the roster, the message every week is the same:

Judge won’t tolerate it if we DON’T believe.

The Browns? The Browns were a tough assignment. They are starting to become what the Giants hope to be a year or two from now, a team on the rise, one finding its best legs at exactly the right time of the season, one who was praised for a loss at home against the Ravens six days earlier more than it had been lauded for any win it has had for the last 35 years. The Browns are the Giants 2.0: same idea, same ideals, a little farther along.

And showed that Sunday night.

Giorgio Armani to Celebrities: ‘No More Creations Worn Only Once’

Spoilers: Charity and Mackenzie commit a dangerous crime together in Emmerdale
World News