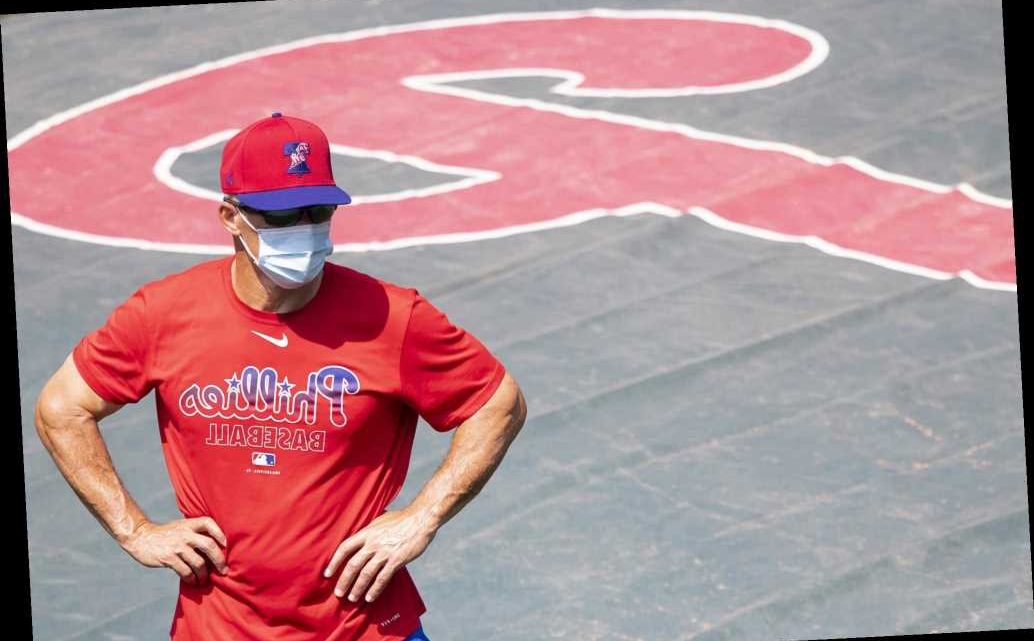 Sometimes new managers and head coaches enjoy an extended honeymoon on the job by meeting the most basic standard:

They aren’t the person they replaced.

Not this time in The Bronx, though. Aaron Boone, his third season on the job about to start following a seismic delay, represented risk. The Yankees could have never hired him, could have never fired his predecessor, Joe Girardi, and the masses (including the middle-aged guy that writes this column) wouldn’t have uttered a peep.

With Girardi set to make his first trip to Yankee Stadium in a Phillies uniform Monday night, albeit in an exhibition game, what better time to recognize that the Yankees’ risk has worked out pretty well to date? While Boone hasn’t sealed his Yankees legacy by winning a championship, he has validated the Yankees’ moxie by appearing to be a worthy addition to a great active chain of pinstriped managers, with Girardi succeeding Joe Torre and Torre succeeding Buck Showalter.

“Boonie I think has done a good job obviously coming in, and I think both [Boone and Girardi] have a lot of the same qualities,” Brett Gardner said Sunday, before the Yankees and Mets faced off again at the Stadium. “Both very personable. Both do a great job of just controlling the clubhouse and commanding a great deal of respect in their own way.

“So I definitely miss Joe being here, but I’ve enjoyed playing for Boonie, and it’ll be good to see Joe even though he’s over there on the other side.”

Yankees general manager Brian Cashman has said publicly that, more than anything, he thought it was time for a change after Girardi’s 10-year run that featured six playoff appearances and the 2009 title. It’s far from an absurd notion. A decade of Girardi’s trademark intensity can wear on people.

Man oh man, though, did Girardi do good work while in pinstripes. Aaron Hicks commended Girardi and longtime Yankees coach Rob Thomson, who is now Girardi’s bench coach in Philadelphia, for giving him the opportunities that allowed him to blossom, even after a tough first Yankees season in 2016.

And as Boone noted, some of Girardi’s best work occurred when the Yankees missed the postseason yet stayed alive until the final week.

“I think there were some tough years in there where there were some transitional years,” Boone said. “I recall when I was with ESPN, a lot of times, kind of from afar, being really impressed with the job he was doing when I don’t think his teams were as great as normal. The way he was able to kind of handle a bullpen and run things.

“And I often say I walked into a situation that was such a good situation to walk into. And I think a big reason for that is the foundation that Joe had laid for his number of years here.”

Boone built on that foundation by controlling the clubhouse in a different way than his predecessor, being more approachable and naturally communicative, and also incorporating his front office’s analytical principles with greater ease.

However, Boone’s first season concluded with a reminder of Girardi’s greatest strength; the Red Sox pounded the Yankees into elimination during the 2018 ALCS as Boone hung too long with his starting pitchers in the final two games. Girardi, many (including the scrawny-armed guy who writes this column) agreed, would have managed more proactively. Yet Boone did a far better job in last year’s playoffs, the Yankees’ ALCS loss to Gerrit Cole and the Astros notwithstanding, and his job security stands as a non-issue.

The Phillies made a fine hire in Girardi, who did his own broadcasting the prior two seasons, and the former catcher gives them a real edge in the ultra-competitive NL East. The Yankees very well might still be where they are now, favorites to win their league, had they given Girardi a new contract after the 2017 season.

The Yankees rolled the dice and lived to smile about it, though, to wish Girardi well in his new gig, because of Boone’s success. At this juncture, you could do worse than forecast that whoever follows Boone into this highly desired post will experience an equally brief, challenging honeymoon.

Some ICUs in Florida have run out of beds
World News