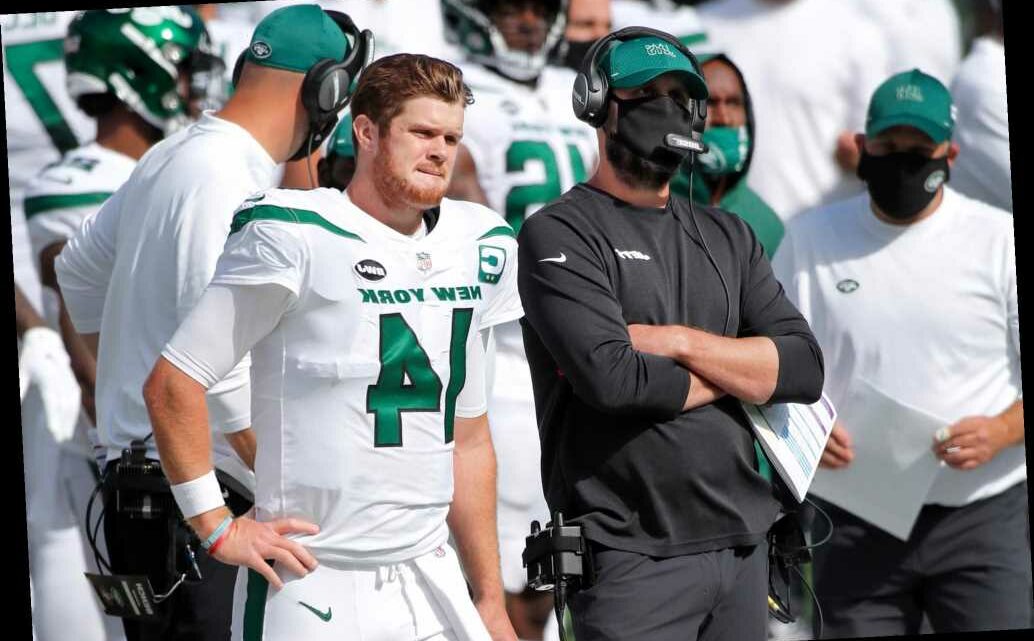 The Jets have a clock management problem.

No, it’s not about how they are managing the last two minutes of the half in their games. Not much has been happening there, but that is another story.

All of it is enough to make Jets fans sick.

The Jets’ dismal performance in their first two games would be more palatable if this felt like Year 1 of a rebuild, which in reality it is. But the Jets can’t sell this as a rebuild to their fans because this would be rebuild No. 4 or 5 in the last decade. I have lost count. It also would underscore their failures as an organization that they are starting a rebuild with a second-year coach and a third-year quarterback.

The Jets have been in perpetual rebuild mode since 2013 and the fans are sick of it, which is understandable. You have to go back to the end of that 2012 season for when the Jets organizational clock got screwed up. That was when Woody Johnson fired GM Mike Tannenbaum but kept coach Rex Ryan. The team then paired Ryan with John Idzik, a marriage that was doomed from the start. Idzik wanted a slow rebuild. Ryan wanted to sign every free agent on the market and things went sideways.

In 2015, the Jets replaced those two with Mike Maccagnan and Todd Bowles, but it was an arranged marriage. The two did not know each other. They had one dinner together before being tasked with fixing the franchise. Maccagnan went for the quick fix in Year 1, signing high-priced veterans and it worked … to a point with the team going 10-6 but falling short of the playoffs. The next year things collapsed and it was onto another rebuild. They tore things down in 2017 to get a quarterback in 2018.

That quarterback was Sam Darnold, taken No. 3 overall. Instead of coming in as a rookie with a new coach he could grow with, he had Bowles, who was coaching for his job at that point.

A year later, Adam Gase replaced Bowles and Maccagnan went on a spending spree. But all a four-year, $54.5 million contract for Le’Veon Bell did was raise expectations that were unrealistic with the state of the rest of the roster, particularly the offensive line. Gase and Maccagnan clashed and Christopher Johnson fired Maccagnan in May, after the GM had spent more than $120 million in guaranteed money in free agency and completed the draft.

Johnson admitted last week that he waited too long to fire Maccagann. It was a costly mistake.

Joe Douglas replaced Maccagnan in June 2019, but his first year was a wash because the roster was largely set. Imagine how things would have been different had Douglas been hired in January 2019 with Gase and the two could strip down the roster and rebuild the way they envisioned.

Douglas wisely pushed for a six-year contract. He clearly has a long-term plan. That is why he did not spend big this offseason and he traded away Jamal Adams, the team’s best player, for a draft haul in 2021 and 2022.

But where does that leave Gase and Darnold?

Gase needs to win now. He is extremely unpopular with the fans and his team has looked like a homecoming opponent the first two weeks. If he is fired at the end of the year, the team will begin yet another rebuild in 2021 with a coach who wants his players in here.

Darnold is sputtering. Is it because he has no help around him? Is it Gase’s playcalling? Is this just who he is?

It is impossible to know and the Jets have contract decisions to make on Darnold after this season about his fifth-year option and a long-term deal.

The Jets’ timeline is totally disjointed. Douglas can dream about 2021, but are Gase and Darnold in those dreams?

Jets lag can make you sick.

Vivica A. Fox Declared Free of Covid-19 After Taking Another Test