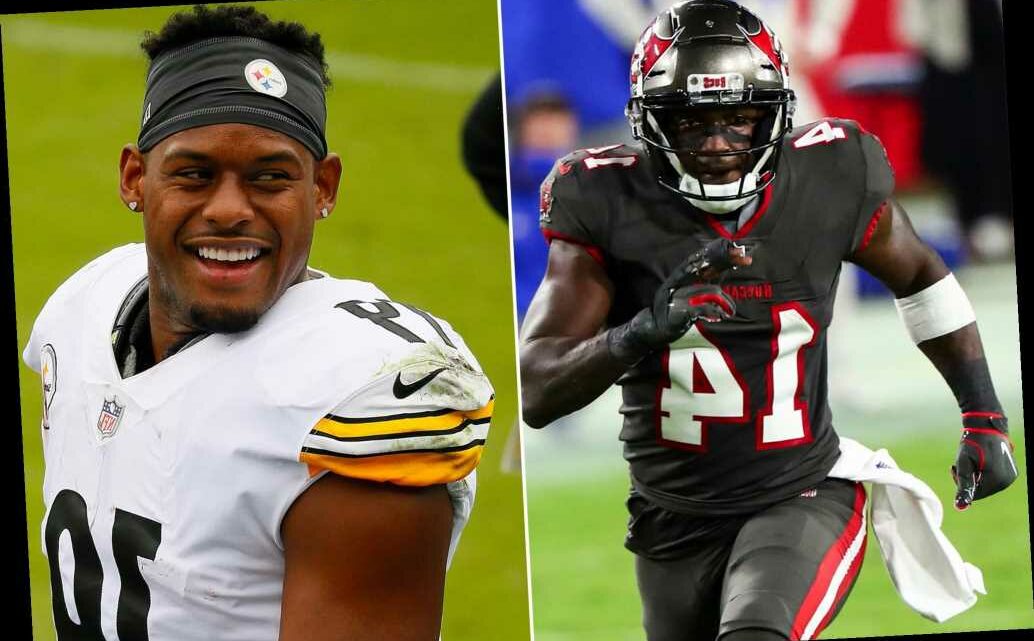 The only thing that feels longer than this Jets season is Joe Douglas’ offseason to-do list.

After this slog of a year that has the Jets at 0-11 and staring at the potential of going 0-16, Douglas does not just have a rebuild on his hands. This is a full-blown demo and start from scratch.

If the Jets end up with the No. 1 pick and take Clemson quarterback Trevor Lawrence, that is a great building block. But Lawrence won’t be able to turn this franchise around on his own. It is easier to list the positions the Jets don’t need help at than the ones they do. Left tackle Mekhi Becton looks like a keeper. Defensive tackle Quinnen Williams is getting better every week. Wide receiver Denzel Mims has flashed potential.

After that? You pick a position and the Jets have a need.

The good news for the Jets is they have the ammunition to improve with nine draft picks and are projected to have close to $100 million in salary cap space.

Douglas won’t be able to fill every hole from the offensive line to cornerbacks and edge rushers. But one he should fill in free agency is to sign a No. 1 wide receiver.

That is something the Jets failed to give Sam Darnold, who had Robby Anderson in his first two years in that role and Breshad Perriman this year. Both players have their moments, but neither dominates a game regularly.

The Jets need to give whoever their quarterback is a true No. 1 to throw to, whether it is Lawrence, Justin Fields or Darnold under center.

For Douglas, this is something he can get done on Day 1 of free agency. Things set up nicely for the Jets in this regard. For starters, there are expected to be several top wide receivers hitting free agency. JuJu Smith-Schuster, Chris Godwin, Kenny Golladay, Allen Robinson and Will Fuller are all scheduled to become free agents. Some of them will surely be re-signed by their teams, but there will be a few to choose from.

The Jets also have money to spend, something a lot of teams won’t have in March. The salary cap is expected to decrease in 2021 because of the pandemic. It could drop by $20 million, and the website Over The Cap projects 10 teams would currently be over the salary cap. That could cause some suppression in the free-agent market and lead to better deals than you can usually find in the first wave of free agency.

Douglas was cautious last offseason in free agency, not committing much long-term money. After this dismal season, he may take a more aggressive approach. He can’t fall into the trap of his predecessor of handing out terrible contracts, but I don’t think these receivers fall in that category.

The Jets offense has not had a 1,000-yard receiver since 2015, when Brandon Marshall and Eric Decker both pulled it off. Before them it had not happened since Jerricho Cotchery in 2007. An organization that has had great receivers such as Don Maynard, Wesley Walker, Al Toon, Keyshawn Johnson and Wayne Chrebet has been lacking at the position for most of the last 15 years.

Think about how different the offense can look with Smith-Schuster, who just turned 24 last week. The Jets could line up with Lawrence at quarterback surrounded by Smith-Schuster, Mims and Jamison Crowder, who has proven himself to be a strong slot receiver. The Steelers may re-sign Smith-Schuster, but many expect they will let him walk since they are deep at the position.

If not Smith-Schuster, how about Godwin, who had more than 1,300 yard receiving last year and is only 24? You can make a case for all of these receivers.

Douglas has a monumental task ahead of him this offseason. He almost certainly will have to hire a new head coach and then he will need to construct a roster that can actually compete with other NFL teams.

He should start on the first day of free agency by landing a wide receiver to make his quarterback’s life easier.