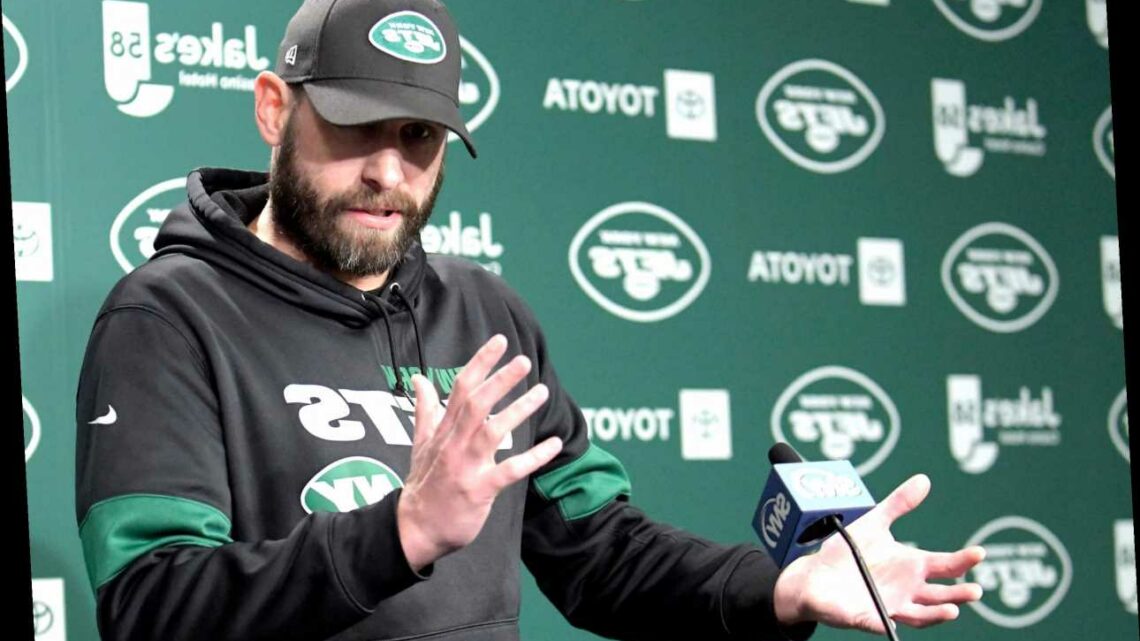 Jets firing Adam Gase would only accomplish one thing

INDIANAPOLIS – The Colts embarrassed the Jets 36-7 on Sunday to drop them to 0-3. Here are some thoughts and observations from the game:

1. The Adam Gase Watch is officially on. It feels like there is a chance the Jets will make a head coaching change if things don’t improve dramatically in Thursday’s game against the Broncos. An 0-3 start where his team has barely looked competitive and his offense has scored a total of four touchdowns has led to a tipping point for Gase.

The calls for Gase’s head at this point are understandable. The Jets have looked awful. However, a coaching change is unlikely to do much other than making the fans happy. Jets guard Greg Van Roten made an interesting point after Sunday’s game. Van Roten mentioned how he was on the Panthers last year when they fired coach Ron Rivera with four games left to go. Carolina went 0-4 with Perry Fewell as interim coach.

“To the fans that are calling for [Gase’s] his head, I never really understood that,’’ Van Roten said. “I was on a team last year, we fired our coach and it’s not like we started winning games. You go further in the tank. So, I’m not really sure what that solves.”

I looked back at every time a team had an interim coach since 2010. There have been 20 instances in that time where a coach was fired before the end of the season. Interim coaches have gone 39-65 in that time. Only two had winning records. One was Jason Garrett, who replaced Wade Phillips in Dallas in 2010 in midyear. The other is Gregg Williams, who replaced Hue Jackson in 2018 with the Browns. Both went 5-3. No team has made the playoffs who replaced their coach.

Williams, of course, would be the leading candidate to replace Gase in the interim. Williams, the team’s defensive coordinator, would bring a different temperament to the team. He has a louder and more aggressive personality than Gase. There is an argument to be made that this team could use a jolt that Williams might provide.

On the other hand, Gase has not gotten to coach the offense the team assembled in the offseason. Second-round pick Denzel Mims has not set foot on the field yet. Does ownership give him time to get healthy players on the field and see if that helps?

The first test is Thursday night. If the Jets are embarrassed on national TV by an 0-3 Broncos team playing a backup quarterback, then a change would be justified. Just don’t expect it to change the results of this season.

2. What has happened to the Jets defense? The offense was terrible last year and it is not shocking to see it stumbling again, particularly with the injuries at wide receiver. The defense was respectable last year, though, and the expectations were that would continue. Williams lost his best player, Jamal Adams, but is he making that much of a difference?

Poor tackling has been a major issue, but I also think you need to look at the competition. The Jets did not play many top quarterbacks last year. The only quarterbacks with a top-10 QB rating they faced in 2019 are Lamar Jackson, Derek Carr and Dak Prescott. The Jets actually beat the latter two, but Prescott nearly got them. But Williams’ defense fattened up against quarterbacks like Dwayne Haskins, Daniel Jones, Ryan Fitzpatrick, Devlin Hodges and Matt Barkley.

In the first three games, the Jets have faced two quarterbacks in the top 10 of QB rating in Josh Allen and Jimmy Garoppolo. Philip Rivers is not in the top 10, but the veteran can pick apart a defense that does not pressure him. The Jets give about much pressure as a broken faucet.

The Jets don’t have a true pass rusher and their coverage is soft. That has led to a high number of completions for opposing quarterbacks. Garoppolo completed 14-0f-16 passing and Rivers went 17-for-21. Checking my math .. that is six incomplete passes by the past two starting quarterbacks. That will get you beat.

The Broncos will have a backup quarterback starting Thursday. Jeff Driskel, Brett Rypien or Blake Bortles will be the guy. That is a big dropoff in opponent. Let’s see if Williams’ defense wakes up.

3. Injuries along the offensive line were a huge factor in the Jets’ struggles last season. The Jets had nine different starting offensive lines last year. They had their second different lineup this year on Sunday. Now, tackle Mekhi Becton has a shoulder injury. There is not much information yet on the severity of the injury, but there is a good chance the Jets go into Thursday night with backups at both tackle spots. George Fant is in the concussion protocol.

The Jets rebuilt their offensive line this offseason. The early returns have not been great, but it was expected that it would take a little while for the unit to jell with no preseason games this year. The one thing they can’t afford is injuries. Now, they are mounting.

4. I could not help thinking about the last time the Jets played in Indianapolis when I walked into Lucas Oil Stadium. It was Week 2 in 2015 and the Jets beat the Colts 20-7. It was a stunning result. The Colts were coming off an AFC Championship Game appearance. The Jets had been 4-12 the year before. It was the second game of the Mike Maccagnan/Todd Bowles era and the win provided hope that things were changing. The 2015 season is the last time the Jets truly had hope. It has been downhill since then. There have been brief moments like Sam Darnold’s debut in Detroit in 2018, but for the most part it has felt like this team is spinning its wheels. I wonder when the Jets will have another moment like that win in 2015 where they beat a good team and look like one themselves.

The Jets had one quarterback hit in the game. If you give an NFL quarterback time, most of them will kill you. The Jets can’t blitz because they don’t trust their corners. They don’t have an edge rusher who consistently wins 1-on-1. It is a deadly mix.

Avery Williamson went from 17 snaps last week to 57 this week, playing 95 percent of the snaps. Alec Ogletree went from starting to not playing at all. I expected Williamson’s snaps to rise, but this was more than I expected.

It is hard to find anyone deserving. We’ll give it to receiver Braxton Berrios, who had four catches for 64 yards and the Jets’ lone touchdown. Berrios was playing with a hamstring injury, but gutted it out with so many other receivers injured.