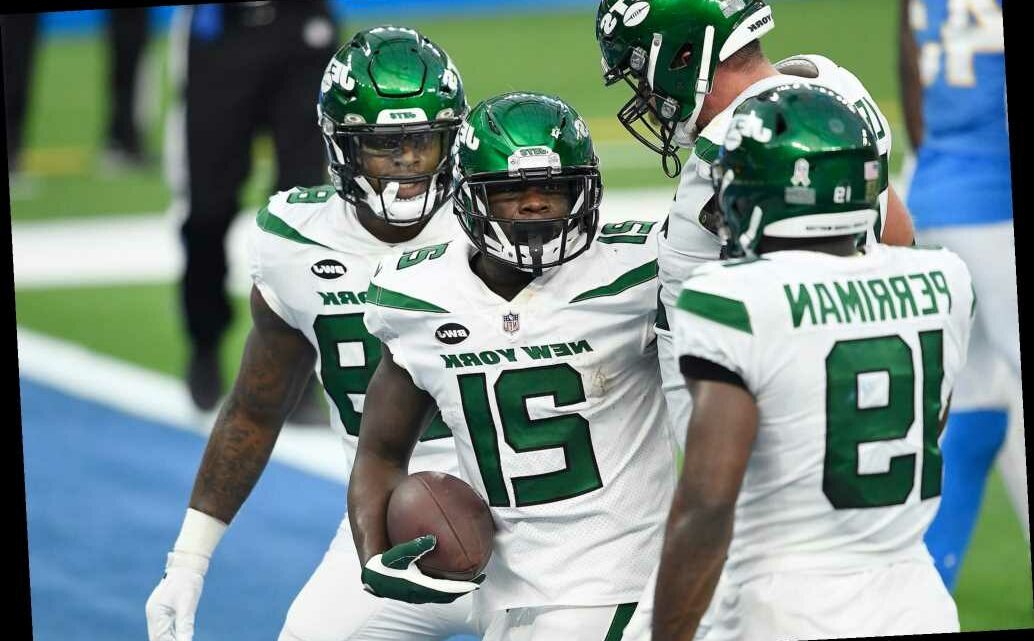 Steelers in tough spot ahead of big Bills clash

Jets' misery may hit its breaking point against Seahawks

Appreciate him while he’s here before they start carving his bust in Canton.

With the Jets 0-13 and going nowhere entering Sunday’s Sacrificial Lamb Bowl against the Rams (9-4) in Los Angeles, you want Adam Gase to run the young running backs, not a 37-year-old war horse who’s already had more than his share of days in the sun.

That’s an understandable premise, developing the youth on a team that’s obviously looking to the future.

But here’s the thing: Gore is the best running back on the roster.

Here’s another thing: La’Mical Perine, the Jets’ fourth-round draft pick and the only back on the roster with even a slight chance to be a part of the team’s rebuilding, is not expected to play Sunday because he’s not fully back from his high-ankle sprain.

And another thing: After Gore was KO’ed by a first-quarter concussion two games ago, Ty Johnson and Josh Adams whetted your appetite with terrific performances against the Raiders (Johnson rushed for 104 yards and Adams for 74), but you completely overlooked the fact the Raiders’ run defense was so bad that Jon Gruden fired his defensive coordinator not long after that game.

My advice to you entering Sunday is this: Prepare yourself to see Gore lined up behind Sam Darnold on the opening offensive play and save your agita, know that Gore is likely to get the rock more than Johnson and Adams, and carry on with your day.

The fascinating element to this situation is the quandary Gore is in and the fact that as great as he’s been with the ball in his hands, he, too, has been an invaluable mentor to every young player he comes across.

That said, Gore would love to see the young backs get more carries.

But what’s he to do?

Tell Gase to bench him?

Gore came here to play. He probably doesn’t need the money. His body certainly doesn’t need any more of a beating than it already has endured through 239 career games and 3,698 carries.

“I know the situation we’re in,’’ Gore said. “They do need to get the younger guys playing. I understand. But I come to work just like those guys. I practice hard. Whoever they want to put in, that’s who they put in. When my number’s called, I try to take advantage of it.’’

The essence of what Gore said there is as much a reason as any that he has lasted 16 years in a league that, on average, allows a running back two-and-a-half seasons. Gore doesn’t stand on accomplishment or the stats on the back of his football card, which currently read: 15,893 career rushing yards (third most all-time).

Even amid the angry rants from you, the frustrated Jets fans who seem to have tricked yourselves daydreaming that Johnson might be the next Franco Harris or Adams the next Barry Sanders, Gore has nothing for which to apologize.

“I’m OK, man,’’ Gore said. “I’ve been playing this game a long time and I’ve been playing it the right way. I’ve also been a great teammate my whole career. I understand [the fans wanting the young backs to play], but I come to work every day and when my number gets called, I’m going to try to make it count.’’

Gore has tried to make every conversation he’s had with the young backs on the team count, too. When he was asked about a practice squad back named Pete Guerriero, a Lyndhurst, N.J., kid who played his college ball at Monmouth, Gore related a detailed account of the sincere advice he’d given Guerriero, who probably has as realistic a chance to make it in the league as Gase has to remain the Jets head coach after this season.

That’s who Gore is. Status means nothing to him.

The advice and direction he has given the likes of Perine, Johnson and Adams have been priceless to them, something they’ll carry with them the rest of their lives. That makes Gore valuable to the Jets even had he not taken a handoff this season.

So, let Gore run however the hell much Gase wants to let him run and let him do it in peace and stop your bitching about it, Jets fans.

These may well be the final three games of one of the most remarkable careers in NFL history.