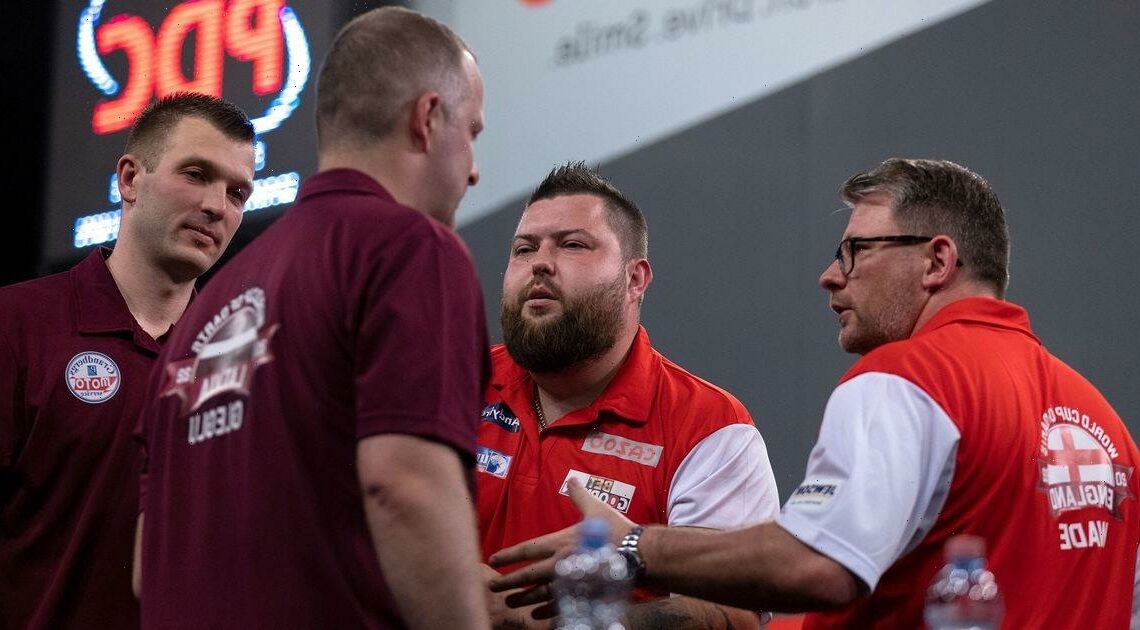 Over the last few years a lot has been made of the potential impact of blazing hot temperatures at the World Cup. But I always thought they meant in Qatar for the football, not Frankfurt for the darts!

If you were wondering whether it was truly as hot as the players’ faces were making it look then the answer is no, it was way hotter! It was about 38 degrees outside the arena and felt like it was about 50 degrees inside. I certainly struggled with everything from concentration to sweaty hands and I have nothing but admiration for the guys that dealt with it best, including my own partner Michael Smith.

Michael was great throughout the tournament and it was a pleasure to play with him, I just wish we could have gone all the way. That said, I would like to offer huge congratulations to the Australians, who performed brilliantly and deserved a victory that was all the more poignant for the dedications that were made to our former colleague Kyle Anderson, who passed away last year.

Talking of heat, this is certainly a time of year that I have to try and avoid burn-out. I have been on the road now for 20 of the last 25 days, and I head off again this weekend to the Dutch Masters. The schedule is packed at the moment and, with my wife expecting our second child and my little boy Arthur growing up very fast, I do pine for home sometimes.

When I am back, I try to make the most of our time together by ensuring that I go on the school run and organising activities that we can do together. I am a very keen fisherman and I am delighted to say that I have recently introduced Arthur to the sport and he seemed to have taken to it like, well, a fish to water (or a boy to fishing). He is desperate to go again so it looks like this is going to form part of my routine when I have time off, which is something I will really look forward it. Where's the strangest place you've played darts? Tell us in the comments section below.

Having mentioned the gruelling schedule, I have just made it worse for myself. I have signed up to a 501-mile rally (basically Land End to John O’Groats) in support of mental health charity Mind, where we have to buy a car for £501 or less and travel the distance in it.

I think we have now secured the car, and thanks to a donation from one of my sponsors, Falken, we at least know the tyres are going to be up to the job even if the rest of the car (and its passengers) are not!

We are going to be carrying a mobile dart board in the back of the car and making some stops along the way, so if see a man you recognise playing darts on the hard shoulder of a motorway near you, then you know what has happened. It is either me broken down, or it’s that Chuck Tootens bloke from Jewson.

Anyway, I am sure there will be some calamity along the 501 route that will be worthy of a column in itself, so more of that to come. Enjoy the warm weather more than I did in Germany, and hopefully you’ll tune in to watch the Dutch Masters.