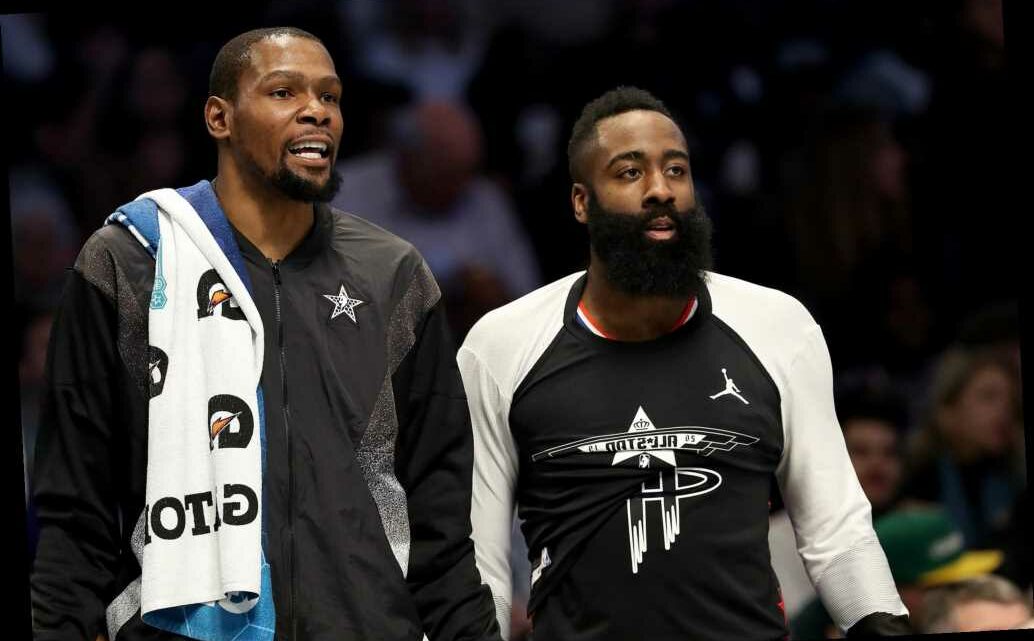 At least the Knicks suffered in silence

Well, it’s a pretty simple equation for the Nets now. There is only one end result that can possibly justify what they did Wednesday afternoon.

They must win an NBA championship.

They must conduct a parade route that will start at Barclays Center, where Atlantic meets Flatbush, climaxes with a rally in the wide plaza of Boro Hall, bathed in ticker tape, the Brooklyn Bridge proudly overseeing the whole festivity, not far from the Dodgers’ old headquarters on Montague Street.

Otherwise, the deal Sean Marks made Wednesday will go down as the most ludicrous swap in the history of sports. Marks is bringing James Harden to Brooklyn, teaming him with Kevin Durant and Kyrie Irving, whenever Irving decides to go back to work.

But there is only one acceptable result now. When you rid yourself of three useful players — Caris LeVert, Jarrett Allen and Taurean Prince — and three unprotected No. 1 picks (2022, ’24, ’26) and four swaps (2021, ’23, ’25, ’27) for a 31-year-old gunner with a question-mark playoff past who desperately wanted to team with Durant to change that perception …

Well, there is only possible outcome.

Taking the Bucks to seven games in an epic Eastern final won’t be enough. Falling to the Lakers in a memorable Finals? Nope. The Nets aren’t just all-in for the next 2-3 years, they are all in for the rest of the decade. Their viability exists in the here and now, defined by a simple equation:

Parade or no parade?

Not even the Yankees have thrown all their chips in the middle of a table like this, for all their audacious free-agent splurges. That was just money. So was the Heat’s 2010 grouping of LeBron James, Dwyane Wade and Chris Bosh, a brash maneuver that now seems quaint.

Maybe the only other transaction that belongs in the same sentence as this was the Oct. 12, 1989 trade that sent running back Herschel Walker from Dallas to Minnesota in exchange for eight future Vikings draft picks. The Cowboys ultimately won two Super Bowls. The Vikings went 21-21 with Walker.

Next to this, that will look like Brock-for-Broglio unless the Nets win a title.

Acquiring Harden isn’t the outlandish part of this; there have been plenty of voices (this one included) who’ve suggested if the Nets were in for a dime — having already imported Durant and Irving — they should be in for a dollar, go for broke with Harden.

But at this cost?

Former Nets GM Billy King has been the derided endlessly for the deal he made in 2013 that brought Kevin Garnett and Paul Pierce to Brooklyn and sent a gaggle of picks to Boston — and rightly so. Marks was hired to erase the memory of that mistake. In November, he actually said this:

“I think we want to build something sustainable here. This is not something that’s a fleeting moment, like go all-in and a year or two years from now, we’re sitting here like, ‘Great, now we’ve got to completely rebuild everything and we don’t have the assets to rebuild with.’ So there’s that side of it.”

Sounded good. And now reads like parody, like farce, like folly, and now it is an astonishing joint King-Marks fact that the Nets will go 14 years — 2014 through 2027 — without once controlling their first-round choice. Read that sentence again. Staggering.

Maybe Irving’s troubles upped the ante for Marks. Maybe the lure of throwing those three talents together was worth overlooking Harden’s recent behavior, which had been poisonous, or Irving’s ongoing issues, whatever they may turn out to be.

(And maybe Marks should just have done what Houston did soon after agreeing to this deal, trade LeVert to Indiana for Victor Oladipo; maybe THAT deal would have been a lot smarter than this one, at a fraction the cost.)

Only one thing is certain:

No team in the history of sports has ever been required to win a championship to justify their existence. Until now. Until these Nets. From this point forward, there is only one permissible end result: Barclays to Borough Hall, the O’Brien Trophy in tow.

Anything else will be unacceptable. No, actually: it’s more than that:

Anything else will be an abject failure.

Michael B. Jordan Is Off the Market Now, But Who Has He Dated in the Past?