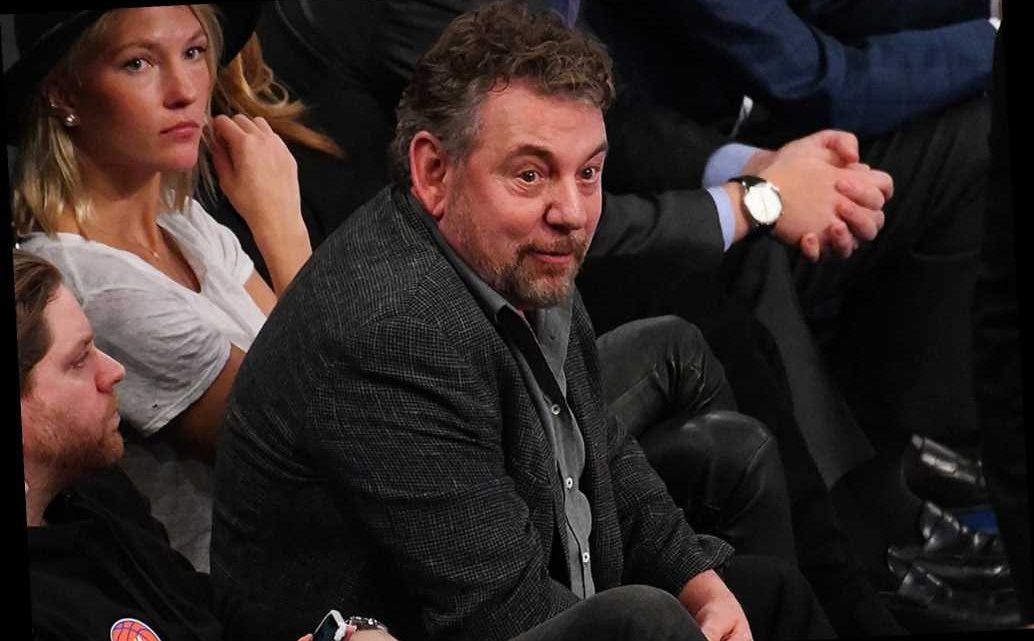 Steve Stoute’s Translation Agency was hired last month to strengthen the Knicks’ brand and improve its ties to its fan base. Included in the deal is an image makeover for owner James Dolan.

Just how much influence Stoute had in the removal of Steve Mills as the team president on Tuesday is a matter of opinion. Some have suggested Stoute orchestrated Mills’ ouster because he was bad for Dolan’s image, and others, including a source close to Mills, told The Post that Stoute wasn’t a factor at all.

Whether or not Stoute’s fingerprints are on Mills’ departure, he still has plenty of work to do to improve Dolan’s image. The last time the Knicks were in the Garden, that game ended with the fans chanting, “Sell the team! … Sell the team!”

This came in the closing seconds of the Knicks’ 127-106 loss to the Grizzlies on Jan. 29 as the two sides engaged in a mini-brawl that included an extended amount of pushing and shoving. Normally in those situations, a crowd either cheers the home team or boos the visiting villains. Instead, it turned its wrath on Dolan, who was in his usual courtside seat.

You can’t blame them. Knicks fans — not the weekend tourists but true Knicks fans — deserve better than they’ve gotten, and the only real image-makeover that’s going to work for Dolan is putting a winning product on the court, something he hasn’t managed to do in his tenure as owner.

Yes, it will help if he isn’t photographed sending security to remove a disgruntled teenager, who added his voice to the “Sell the team” chant last week. Having Knicks legend Charles Oakley physically removed from courtside three years ago remains an unforgettable and, in many eyes, unforgivable memory.

Perhaps Dolan’s attempt at an image makeover was part of the reason he called the teenager’s mother, a 20-year season-ticket holder, and had what she called “a pleasant and respectful conversion.”

That’s a good start, and given Stoute’s background — his past clients include the Nets, the NFL, AT&T, Anheuser-Busch and State Farm — he ultimately should be a positive influence on the franchise.

Firing Mills is hardly going to satisfy a fanbase that has spent much of the past two decades watching bad basketball and being repeatedly told a fix was near. But free-agent acquisitions haven’t worked. Neither has the draft. The selection of the right executives and acquiring a winning combination of talent has been elusive, creating continual disappointment.

“We have a ways to go,” is how Stoute described his mission with the Knicks to Bloomberg News.

To his credit, Dolan seems as exasperated as his fanbase. Mills thought he would survive until the end of the year, but the source said Dolan became frustrated, believing improvement wasn’t happening fast enough, and he wanted to begin interviewing candidates this week to be the new team president.

The timing of the firing also had little to do with Thursday’s trade deadline. Mills, according to the source, was working on a possible trade deal with Golden State for D’Angelo Russell, and Dolan was aware and supportive of those discussions.

“There was no tension between Steve and Jim on that,” the source said. “Jim knew the parameters and was OK with where they are.”

The Knicks return to the Garden to play the Magic on Thursday night, and though new marketing campaigns and more glitz might help, ultimately everyone is judged by the product on the court. Don’t expect fans to be less ornery now that Mills is gone. The “Sell the team” chants likely aren’t going away anytime soon.

For more on the Knicks, listen to the latest episode of the “Big Apple Buckets” podcast:

People are mad at Billie Eilish for her 'take' on hip-hop, but the outrage is based on out-of-context quotes
World News