Home » Sport » Jake Wightman, the art of racing and why the impact of ‘super spikes’ is overblown 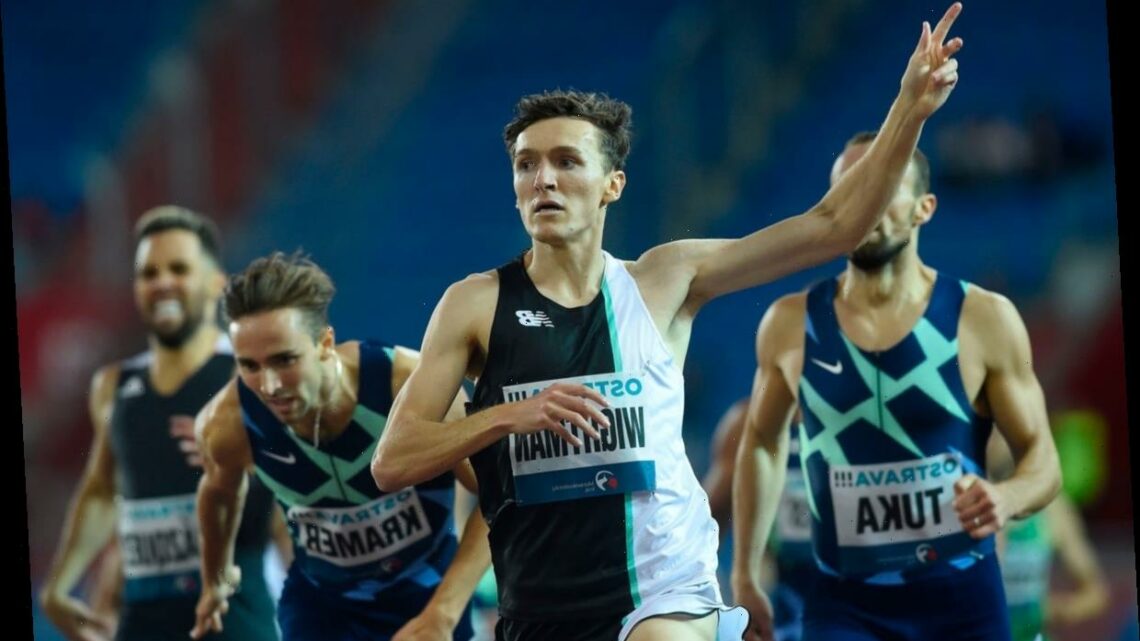 Jake Wightman, the art of racing and why the impact of ‘super spikes’ is overblown

Jake Wightman is gearing up for the Olympics

t’s been an unprecedented year so far for Jake Wightman, but Great Britain’s 800m and 1,500m star has embraced the peculiarities of this Covid-hit road to the Tokyo Olympics.

From the nirvana of Dubai’s baking-hot climate and shiny facilities to the confined space inside Newark airport’s Marriott hotel amid a snow storm, the 26-year-old and his father and coach, Geoff, have adjusted well to the new normal.

“You have to be good at doing nothing, content with resting,” Wightman tells The Independent, having delved deep into ESPN’s 30 for 30 library to kill time between sessions in the aftermath of a second-placed finish in the 1,500m in New York, his only indoor race of the year.

And after providing glowing reviews of several episodes, notably ‘June 17th, 1994’ and ‘Marion Jones: Press Pause’, Wightman switches focus back to the fierce competition that awaits during this testing year.

Crucially, he snatched Olympic standards, and personal bests, last year -1:44.18 in the 800m and 3:29.47 in the 1,500m, to rank second all-time in Great Britain behind Sir Mo Farah – to secure a privileged position ahead of June’s British championships.

And while doubling up for Tokyo is the dream, the depth of men’s British middle-distance running right now may force Wightman to pour all his energy into the 1,500m and clinching a top-two finish in Manchester.

Among others, Elliott Giles, Daniel Rowden, Jamie Webb and Kyle Langford will be fighting for places in the 800m, while Josh Kerr, Neil Gourley, Charlie Da’Vall Grice, James West and British champion George Mills will be involved in a packed 1,500m field.

It leaves every athlete in a precarious position heading into the summer, but Wightman is relishing the challenge and is hopeful the competition will inspire a generation to greatness.

“It’s always compared to what happened in the 80s, that is probably the golden generation,” Wightman explains when discussing Seb Coe, Steve Ovett and Steve Cram. “A lot of the time you don’t know you’re in it until it’s gone.

“The top 10 performances, if you average that out, it’s mad the times people are running. I don’t think it can be considered a golden generation until we come back and win medals globally though. That hasn’t happened yet, there’s a lot of potential for lots of athletes to do that, but I don’t think it can be recognised as a great era until that happens.

“I’m sure it will, the mad thing is the indoor season, Elliott and Jamie, smashing it, you forget about how good Dan was in the summer, he was beating all of us! It moves on quick, throw him back in. Max Bergen to come out, Kyle will be running well, that’s the 800m alone. It keeps you on your toes!

“You have to be as good a racer as possible, that’s where it really helps the NCAA guys, you learn your race craft, that’s on the rest of us to make sure we’re good enough at the trials. Everybody is going to be in such a small bracket time-wise, it’s going to be who gets it right on the day.

If you have to run so well in your trial, it’s that competitive, then the global championships and Olympics won’t be so bad, it’s the best thing for it, if you get through a British trial and make a team, then you’re looking to get to the final and win a medal.”

Developing that canny edge on the day is therefore more important than ever, with opportunities to race diminished due to the pandemic, which saw Wightman jump into and win a local 5 mile race in Jacksonville last month in 24:19.

The sport has been inundated with fast times as athletes emerge from sustained periods of training in lockdown, uninterrupted by racing, though there has been more scrutiny and less plaudits due to rapidly-developing technology – including 800m hopeful Webb, who is sponsored by adidas.

Nike athletes, wearing theAir Zoom Victory, have benefited most in what can now be recognised as the ‘super spike’ era, demolishing personal best times, with Giles notably blitzing the field in Torun to run 1:43.63 for a British 800m indoor record. But Wightman, whose sponsors New Balance have also produced an impressive carbon-plated spike, maintains there are more factors to consider surrounding impressive performances, including unique training patterns due to Covid-19.

“The first comment is it’s so unfair athletes get criticised for it,” Wightman claims. “Obviously we’ll wear the best spikes our brands provide us with, you won’t choose the worse spike as morally that’s the thing to do. I personally don’t think too much changes, they’re spikes, how much can they really do especially over shorter distances? I ran Worlds in 2019 in the standard New Balance spike against people in the Nike prototypes at the time, and I never thought I was at a disadvantage because of that.

“Even now they feel great for me, but I couldn’t tell you measurably how much better I’m running because of that. It’s not like you put them on and there are flames coming out of the back that will propel you along.

“The test will be when everybody has them. Any development in the sport, you have to move the perspective on for what is a standard time. If you took Roger Bannister’s four-minute mile running on cinder tracks, that was unbelievable at the time, but now, while still a good feat, a lot of people are doing it. Everything moves on, if you’re arguing we shouldn’t wear these spikes, are you arguing we should never have changed from leather spikes with nails in the bottom running on cinder tracks?

“There are always going to be developments in technology across the sport. It’s hard, because records will keep getting broken. But they get broken all the time, records that are long-standing now, there are very few that are more than 10 years old. It’s always going to keep moving forward. You’d hope people will want to see that, it’s the people that are in like rose-tinted glasses about how good the olden days were wanting to think that was the pinnacle of athletics, and maybe it was, maybe these guys would be running so much quicker than us now if they had the technology we had. But you’re still seeing quicker times, which is exciting!”

Wightman is keen to emphasise the importance of race strategy too, knowing that shiny personal bests will matter little at trials and championships around the world. The sheer unpredictability of this last year has also propelled new contenders to the front, with Australia’s Oli Hoare (3:32.35) producing a stunning kick to win in New York after Wightman had led from the front in pursuit of a British record (Peter Elliott’s 3:34.20).

“I thought I was the quickest on paper going into it,” he admits. “It was on me to go and try to take the race out and win it. I’m glad I committed to it, if stuff had gone differently, I think I could’ve run something really quick. I assumed that pace would be too quick for him (Hoare), my hope was I’d run at a pace to get me the time I wanted and also drop everybody else off.

“I felt good the whole way, but he was still there, I hoped in the last 400 he’d drop off and I’d still stay strong and kick on, but the opposite happened, he blitzed past me, his closing pace over the last 300 was enough to win any race let alone off that pace. It was disappointing to not get the British record at least. But it’s different outdoors, it’s a different style of racing, it might not be as quick, a slower start and quicker build-up towards the end.”

Left to refine his approach over the coming months, which will include an altitude camp in Flagstaff, Arizona next month, it’s back to lockdown life in Teddington for now. Good training and even better recovery with the help of binge-watching the best that Netflix can offer brings a monotony every athlete can relate to right now.

The Best Wired Earbuds for Running and Exercise
World News