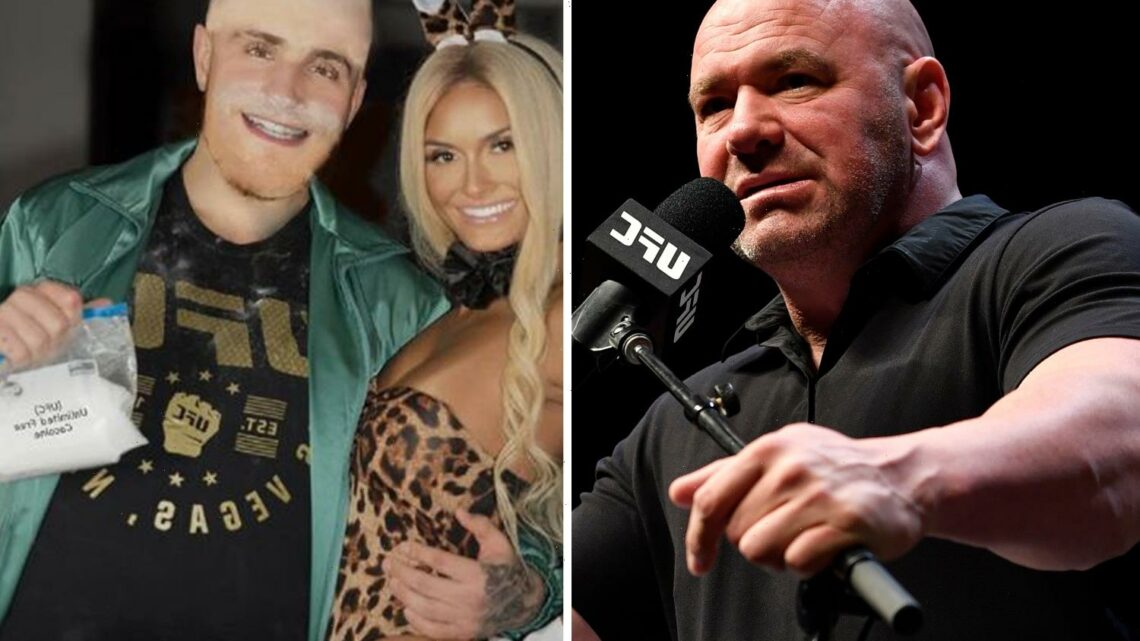 JAKE PAUL has taken his feud with Dana White to frightening new levels with a bonkers Halloween costume.

The YouTuber-turned-boxer dressed up as the UFC boss for a spooky night out – and he did not hold back. 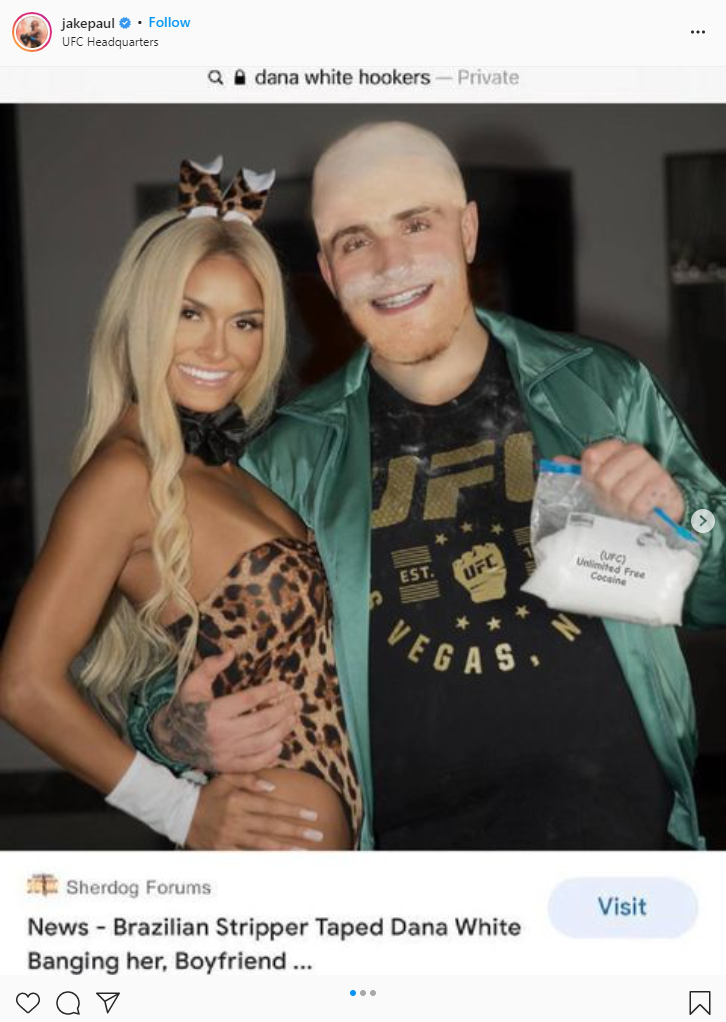 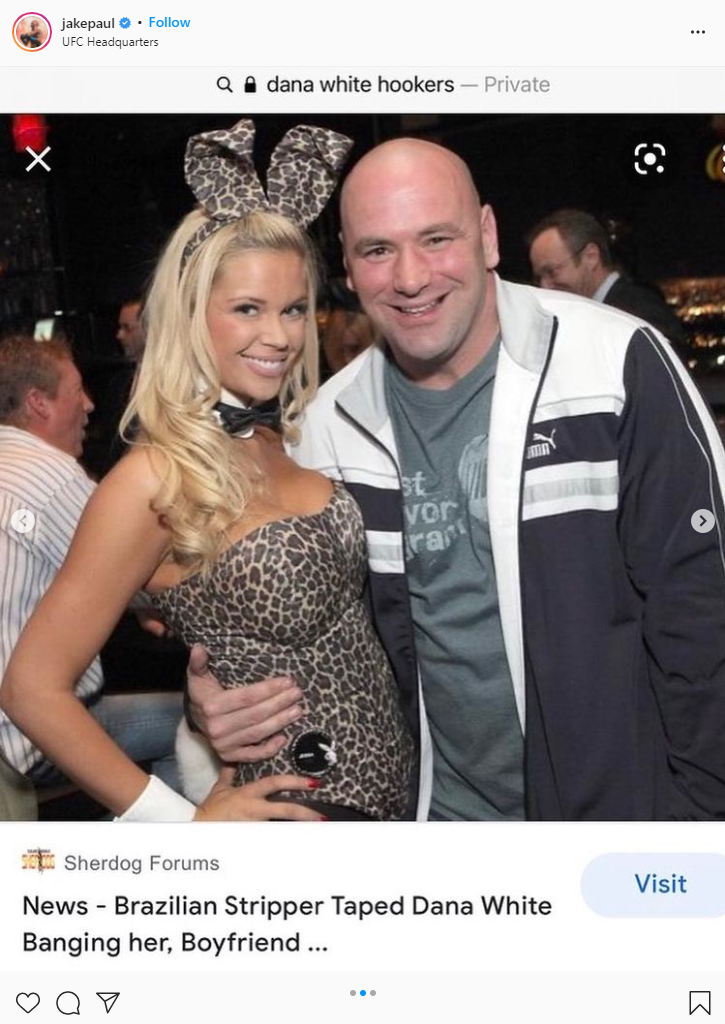 Paul donned a bald cap, black UFC T-shirt and green training jacket as the basis of his costume.

Then came the shots fired in White’s direction.

And on his arm was girlfriend Julia Rose, dressed in a skimpy leopard-print one-piece with cuffs, bow-tie and bunny ears.

The Problem Child shared the snap with a headline that read ‘News – Brazilian Stripper Taped Dana White Banging her, Boyfriend…’

And swiping right Paul shared a similar image of White posing with a model in the same outfit as Rose.

Posting the picture on his Instagram Account, Paul added the caption ‘Happy Halloween from Dana White and his hookers’.

The 24-year-old has been locked in a war of words with the UFC supremo since demanding to fight one of his MMA stars.

Paul has been pursuing a boxing match with Jorge Masvidal since the welterweight tipped him to lose his clash with Tyron Woodley.

He then claimed White wouldn’t allow Gamebred to fight because he’s 'scared to get embarrassed.’

The pair have finally confirmed their December 18 headliner in Miami, which was exclusively revealed by SunSport.