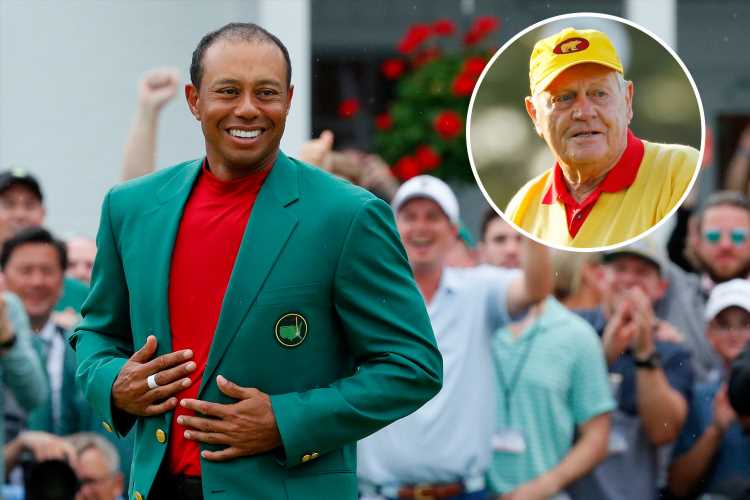 THE Golden Bear senses The Tiger is on the prowl for golf’s biggest catch of all after his incredible Masters win.

Woods took his haul to 15 Majors with Sunday’s emotional comeback at Augusta and is just three behind Jack Nicklaus’ seemingly untouchable record of 18. 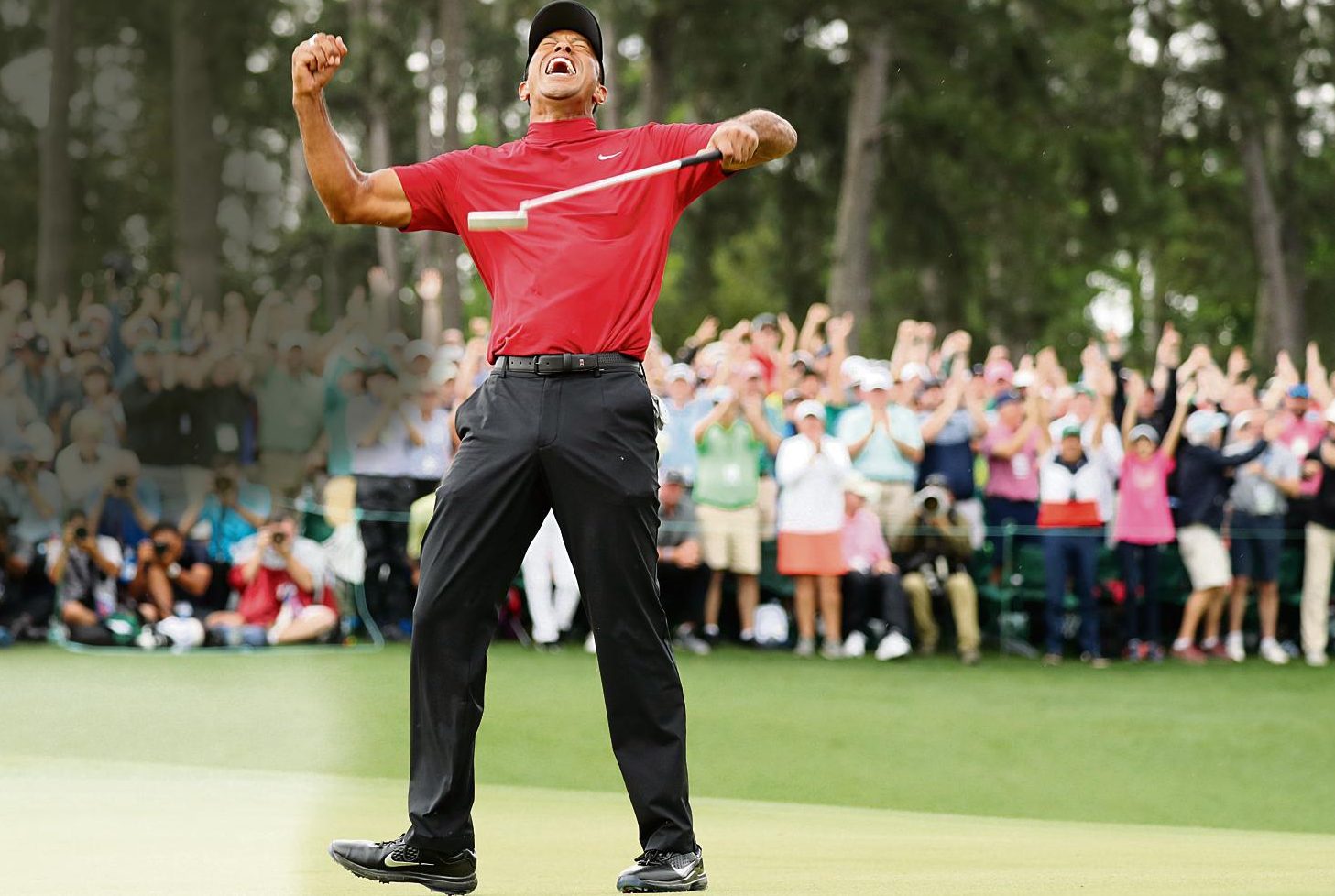 And Nicklaus, who cut short a fishing trip to watch the final-round drama unfold on TV, admits Tiger has him “shaking in my boots”.

The Golden Bear pointed out the next two Majors are at courses where Woods has won previously — the USPGA at Bethpage and the US Open at Pebble Beach.

If he continues in the form that brought him his fifth Green Jacket, Woods could turn up at Portrush for The Open in July with the chance to tie Nicklaus’ tally.

You can get 150-1 against the 43-year-old completing the clean sweep this year.

But those fancy odds are unlikely to last long as Tiger’s army of fans pile on, sensing he is back on course to replace Nicklaus as the greatest golfer of all time.

He was 50-1 to reach 19 before he beat Dustin Johnson, Xander Schauffele and Brooks Koepka by a shot to end his 11-year Major drought.

Bookies go as low as 3-1 about that possibility now — and Nicklaus understands why.

The 79-year-old said: “The point about whether Tiger could still beat my total is one I get asked about all the time — and after this, he has got me shaking in my boots!

'EVERY SHOT WAS SMART'

“I have been saying for a while that as long as Tiger was healthy — and he certainly seems fine right now — then I always thought he still had the game to win more Majors.

“Nobody wants their records to be beaten but I never pull against any golfer.

“I am glad to see Tiger healthy and playing great golf again and I wish him well.”

Nicklaus is currently enjoying a fishing trip to the Bahamas. But he raced to shore in time to catch the action just as Francesco Molinari became the fourth leading contender to splash down in Rae’s Creek.

He revealed: “I got back just in time to see all the guys fill up the water on the 12th!

“And after Molinari put his ball in the creek and Tiger knocked his on to the green, I pointed to the TV and said, ‘That’s it, the tournament’s over’.

“I knew the other guys would make mistakes but Tiger wouldn’t make any.

“And he didn’t. He was playing so much better than anyone else and I said he deserves to win because every shot he played was a smart shot.

“He understands how to win and the big difference in his game at the moment is the way he’s driving the ball.” 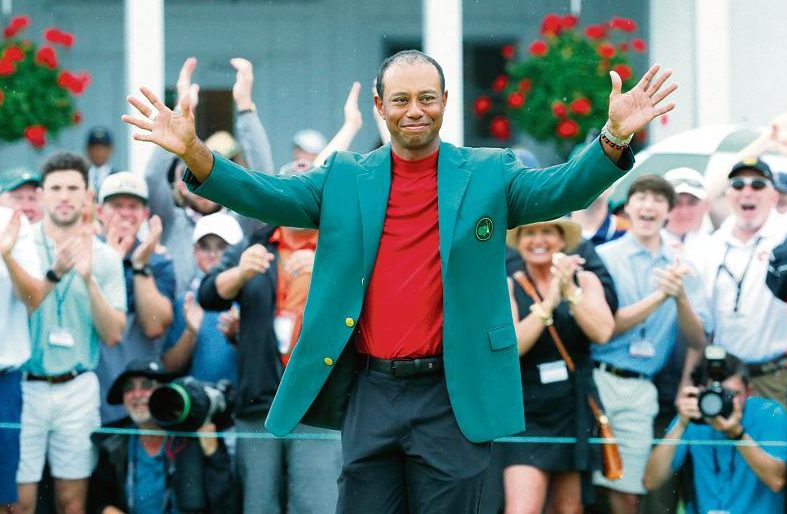 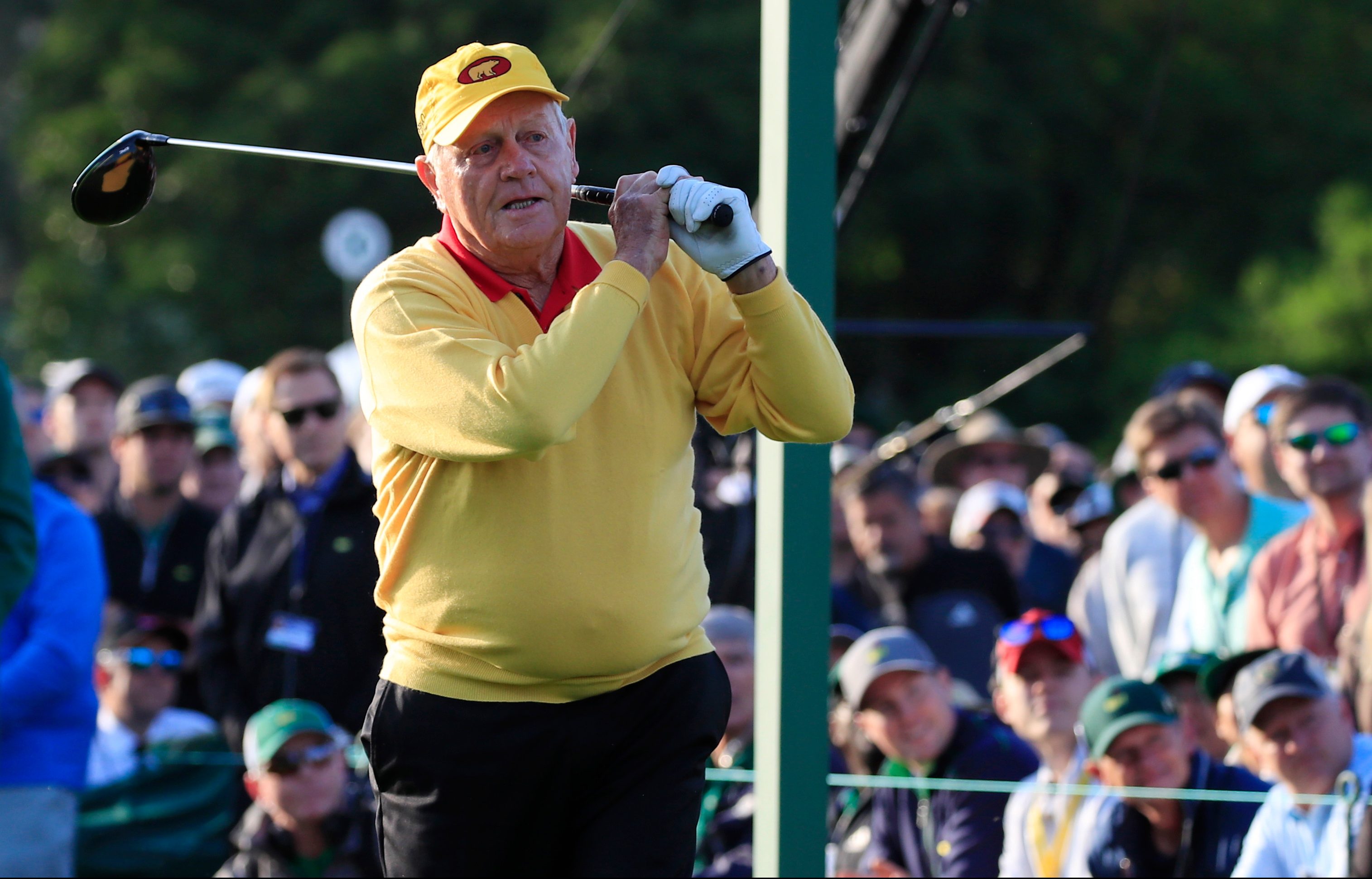 Koepka was chasing his third win in the last four Majors after successfully defending the US Open last year and then pushing Woods into second place at the USPGA.

He believes there is more to come from his fellow American, who has overcome a spinal fusion and three other back operations to return to the top.

Koepka, 28, said: “This is definitely one of the greatest comebacks anybody’s ever seen. “That’s 81 PGA Tour wins for Tiger, one short of Sam Snead’s all-time record, and 15 Majors. And I think 18 is a lot closer than people think.

“Even though we are all playing to win, it’s cool to take a step back and appreciate what he’s doing for the game.

“You watch him walk back after he won on 18 and it’s just a monsoon of people. It’s incredible. I heard the Tiger Roar at the PGA and you heard it even louder here.

“Look at the last five years and what he’s had to go through to get back to where he was, to get his body back in shape.

“It’s one thing to do it on the range. And then to be able to come back out here and have the Tiger of old back, as a fan I love it. I think it’s awesome.

“You want to go up against the best to ever play. I gave it my all. He’s just good, man.”

“He’s the most like a Swiss Army Knife. He can play all the shots, he can change his swing. Maybe Tiger will end up the best record and then there won’t be any questions but Jack was unbelievable.”