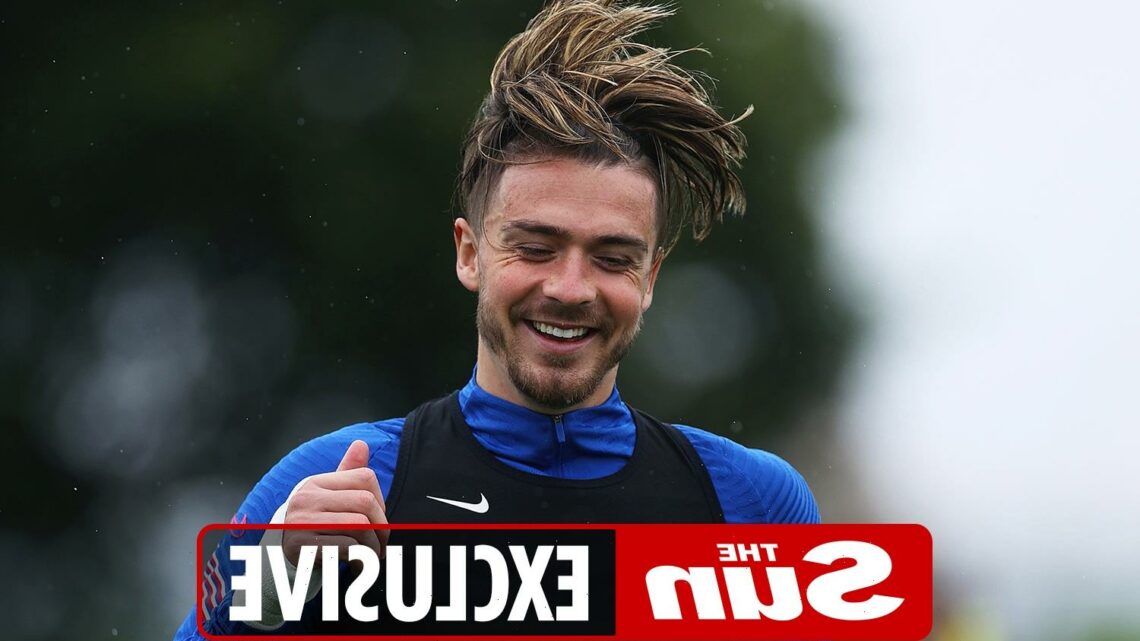 ENGLAND look like a shy team, so they need Jack Grealish against the Czech Republic tonight.

He looks like he has always been on that stage. 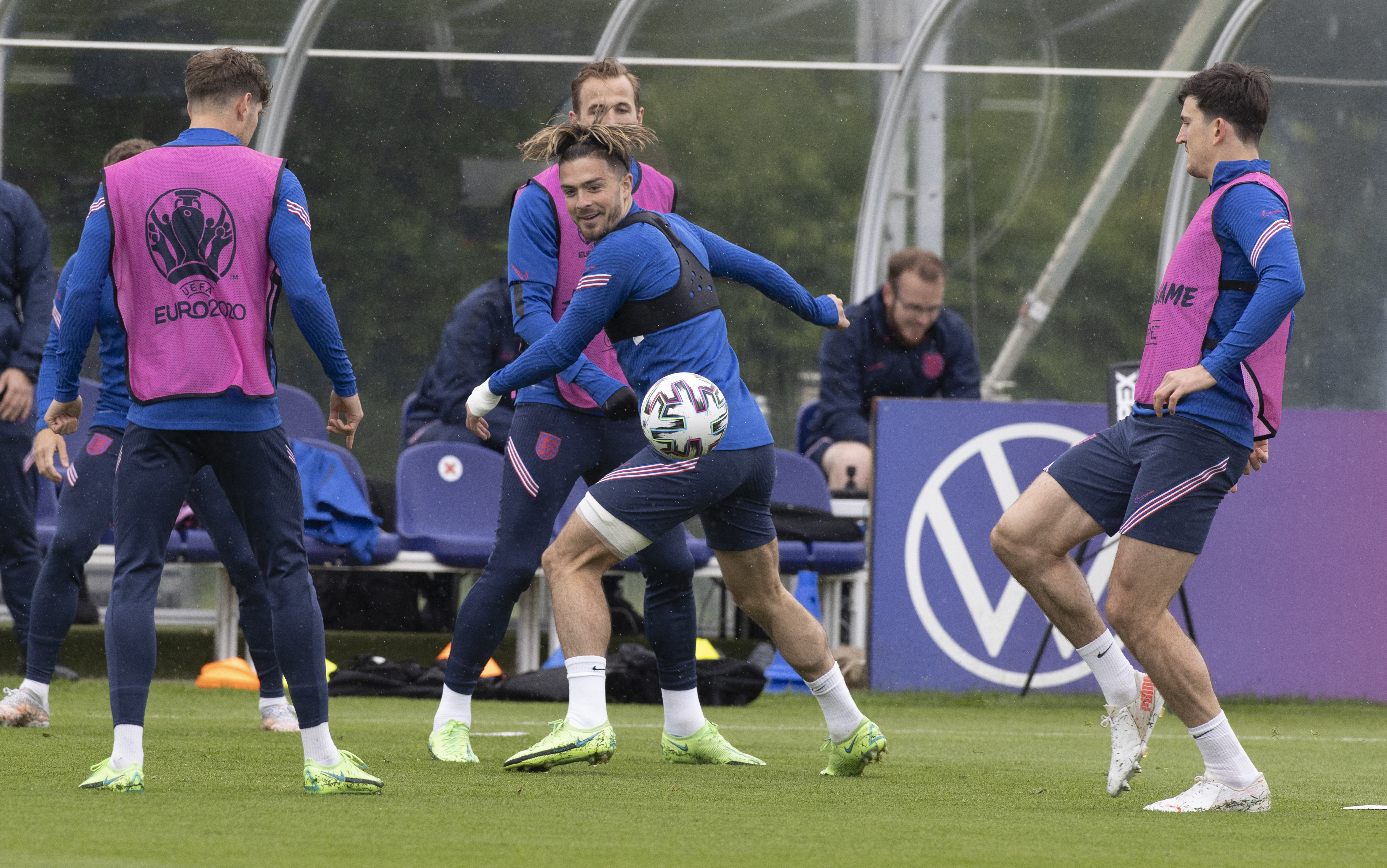 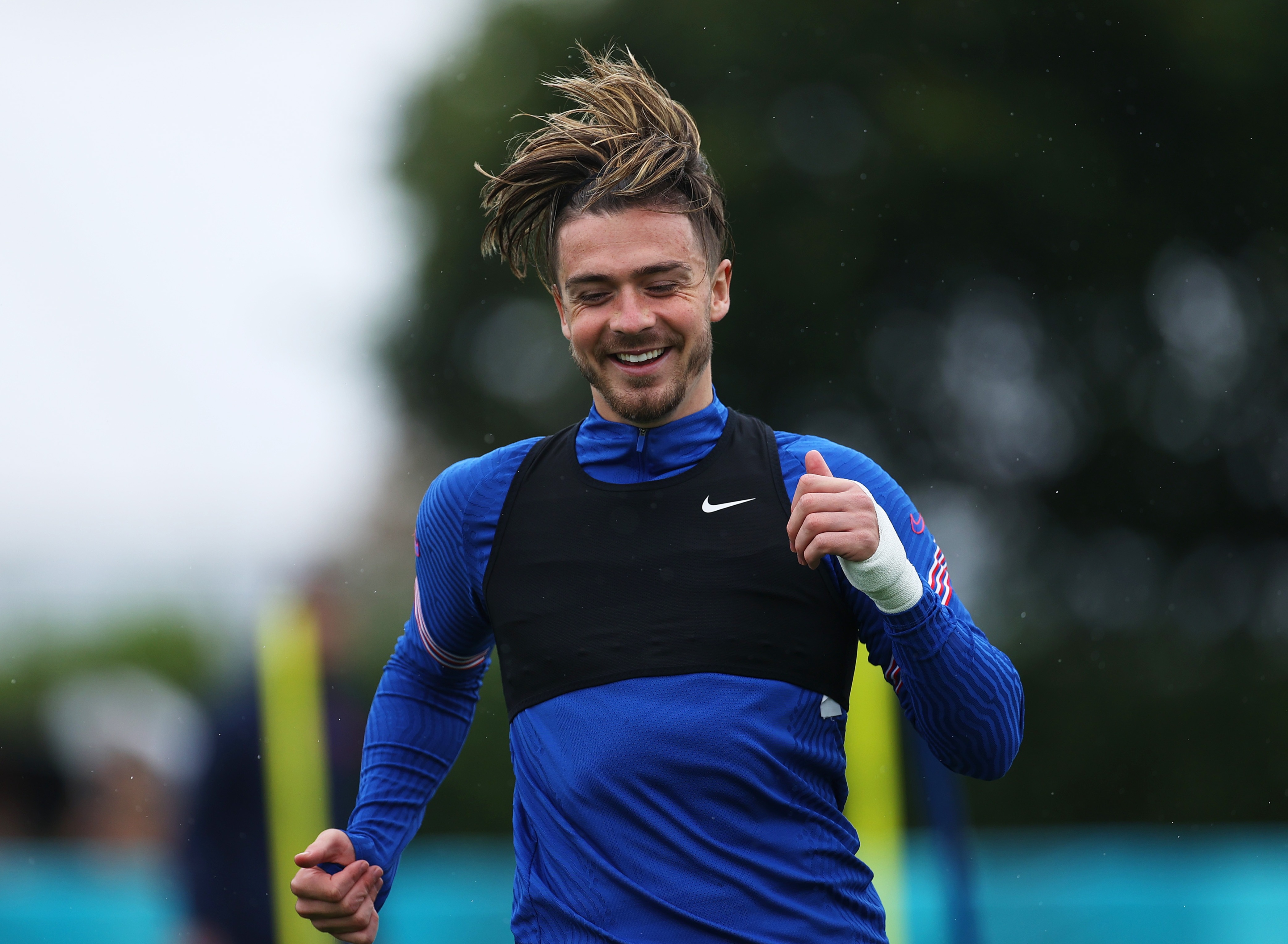 The guy is brave. The guy never played a European match for his club but he arrives in the national team and  is fearless.

He risks. He gambles. He loses the ball. He creates. He kicks people. People kick him. He creates instability in opponents.

And he wins free-kicks.

You win free-kicks in wide areas then you go with Harry Maguire or Tyrone Mings or John Stones and Harry Kane — and England are powerful on set-pieces.

England looked a shy team against Scotland because they were a team without that thing that Grealish has.

I don’t like comparing players — and Luis Figo was at a different level — but Grealish is like Figo in that he’ll demand the ball.

He says, ‘Give me the ball and I will resolve this!’

Grealish didn’t play amazingly when he came on against Scotland but how many times did he have the ball? How many fouls did they commit on him? How many one-against-ones did he create? England need these qualities.

If you start with Grealish and you have a striker like Harry Kane, you also want a runner to attack spaces — so you need either Raheem Sterling or Marcus Rashford.

Sometimes with City,  Sterling is so wide he is talking to the linesman. Then suddenly the space is there and ‘boom’ the run is made.

SCOTLAND 0-0 WAS NO DRAMA

I think Gareth Southgate will make changes and England will win and top the group. I think they will keep three clean sheets.

So Scotland was a bad game but, for me, no drama.

In the last 20 or 25 minutes against Scotland, England didn’t really try to break the game and win it. Scotland were controlling them.

I think it would have been different if they’d really needed the victory to qualify. So maybe there was a bit of pragmatism. 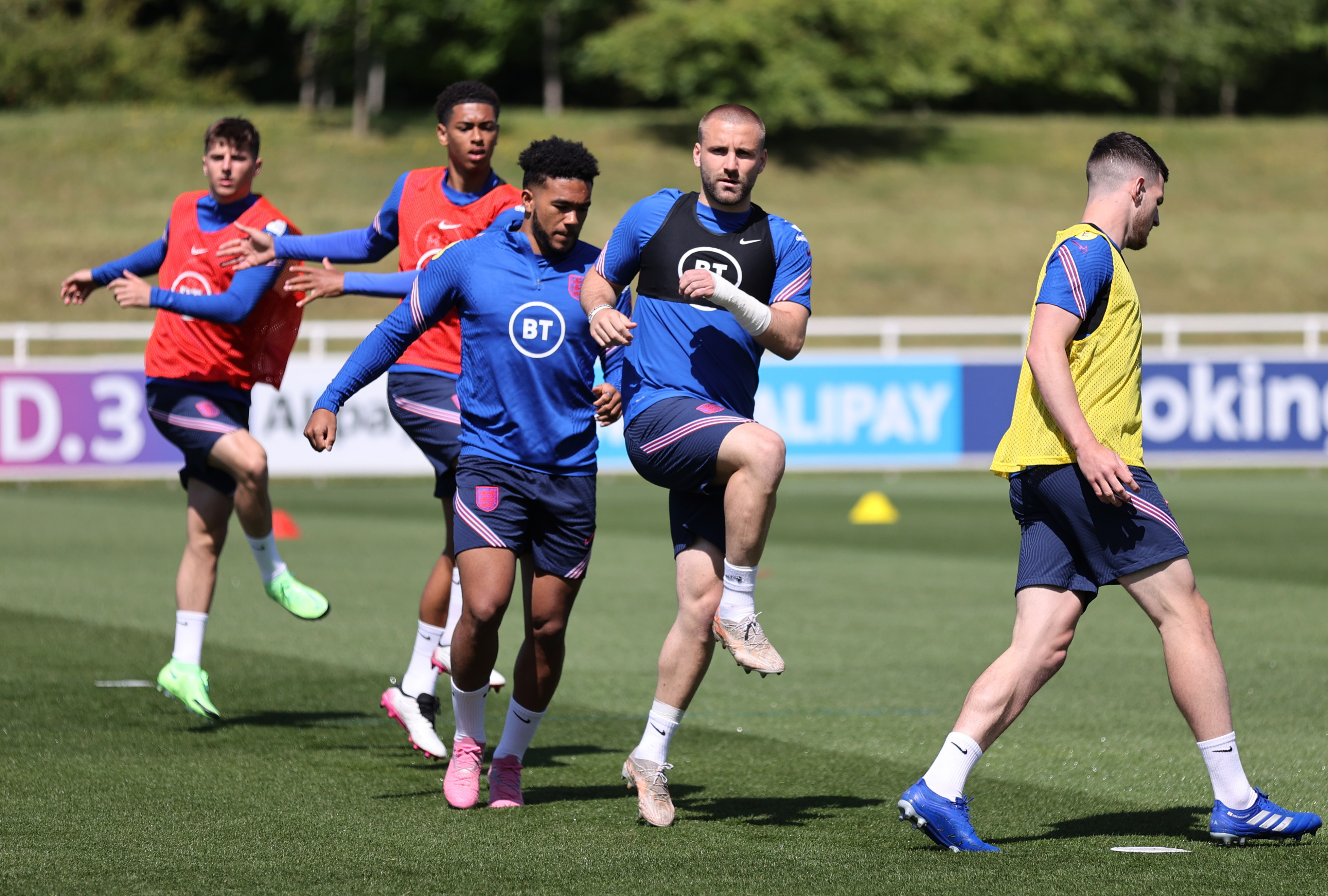 England did not show enough throughout the game and that was because of the players, not Gareth.

The fact he played Luke Shaw and Reece James was not a sign of ‘we want to be careful’. It was  the opposite.

So if the gameplan was to keep control and be cautious, they would play Walker and Trippier.

The best qualities of James and Shaw are going forward. Normally, they are fast and aggressive.

That is why I used the word ‘shy’. England did the basics, they were disciplined but no more than that.

I understand why he played Declan Rice and Kalvin Phillips in midfield because they controlled the game so well against Croatia.

But you can change a  winning team, as long as you explain why.

So I would play Jude Bellingham tonight. He is a player who can score, create, arrive in the box, a player with physicality and power. 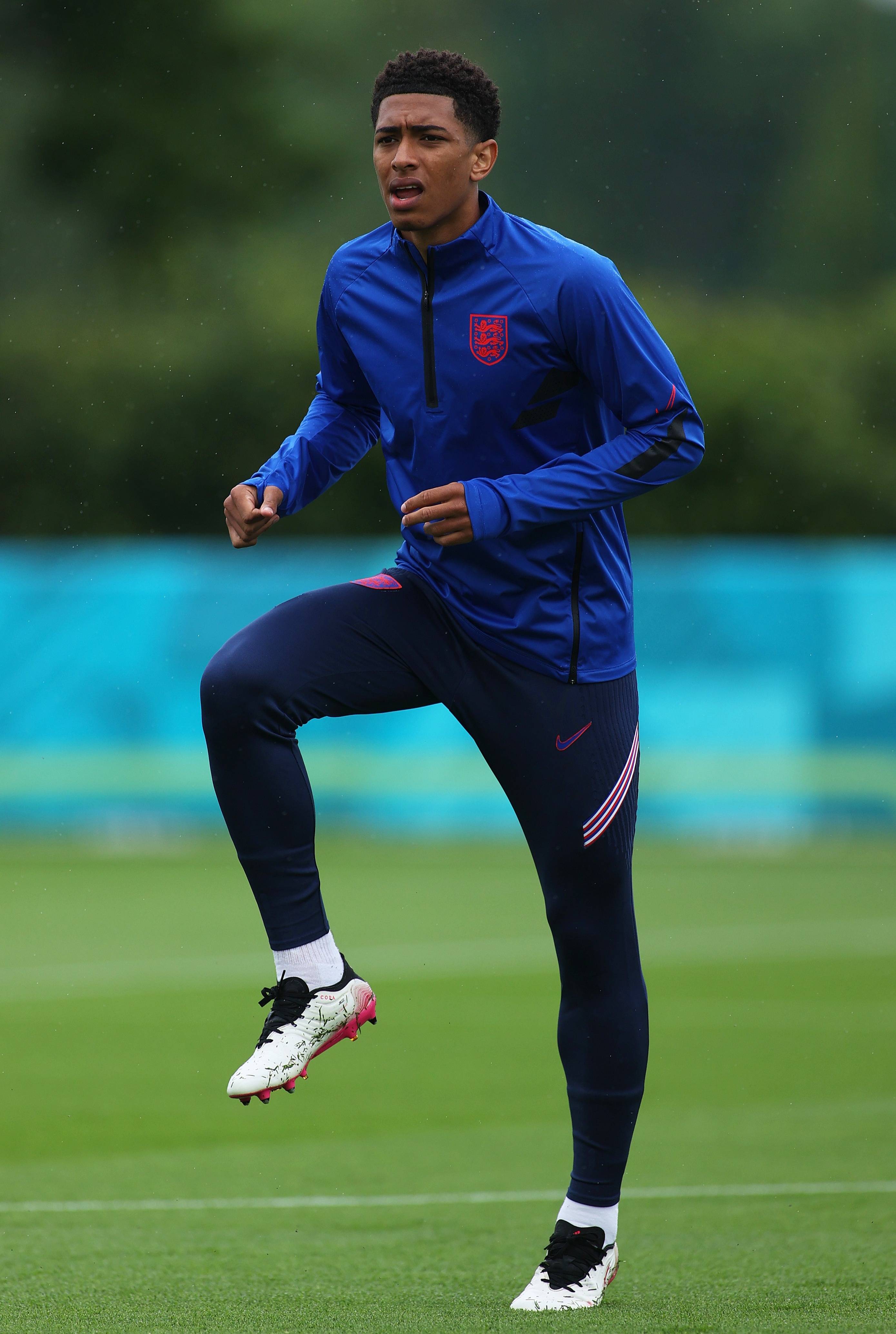 I’d only bring on Maguire if England are winning 2-0.

Maguire brings that leadership and presence, though. He is a threat in set-pieces but his condition needs to be good.

THIS IS A MATCH WITHOUT PRESSURE

The Czechs are an OK team. Tactically, they are very organised and they have no pressure.
But it’s a team England have to beat, a team at a similar level to Scotland, even though they beat the Scots.

It’s a match without pressure. Four points, you are qualified — even if they finish third.

The best thing is to finish top because that means England will have beaten the Czechs and will be playing ‘happy football’ again.

And they will play at Wembley in the last 16 — even if they face France, Germany or Portugal.

But to finish second means you didn’t beat the Czechs and then the confidence levels go even lower, the criticism gets higher.

Every pundit, every Englishman or woman in love with football, in the pub, in the restaurant, at home, in the office, everyone is speaking about being Gareth Southgate — but he is the one that has to analyse the players and make the decisions.

I worked with the most charismatic England coach, Sir Bobby Robson, and he was never prouder than when he was talking about managing his national team — but I know the job has unique pressures.

Still, qualification is already in the pocket and I believe England will do well against the Czechs, then go to the knockouts.

KANE’S HAD ZERO PASSES TO FEET AND ZERO CROSSES

Gareth Southgate has said Harry Kane will start tonight and of course he will start, because he is the best.

Only in England would you have a little bit of this noise of the best player, the captain, the top goalscorer, to be on the bench because he didn’t score a goal in two or three matches.

I don’t think you have the same noise if Cristiano Ronaldo doesn’t score for  Portugal or Kylian Mbappe for France or Romelu Lukaku for Belgium.

In Portugal, everyone is blaming Nelson Semedo for Portugal losing to Germany because the goals arrived down his side, but the situation would have been the same whoever was right-back. 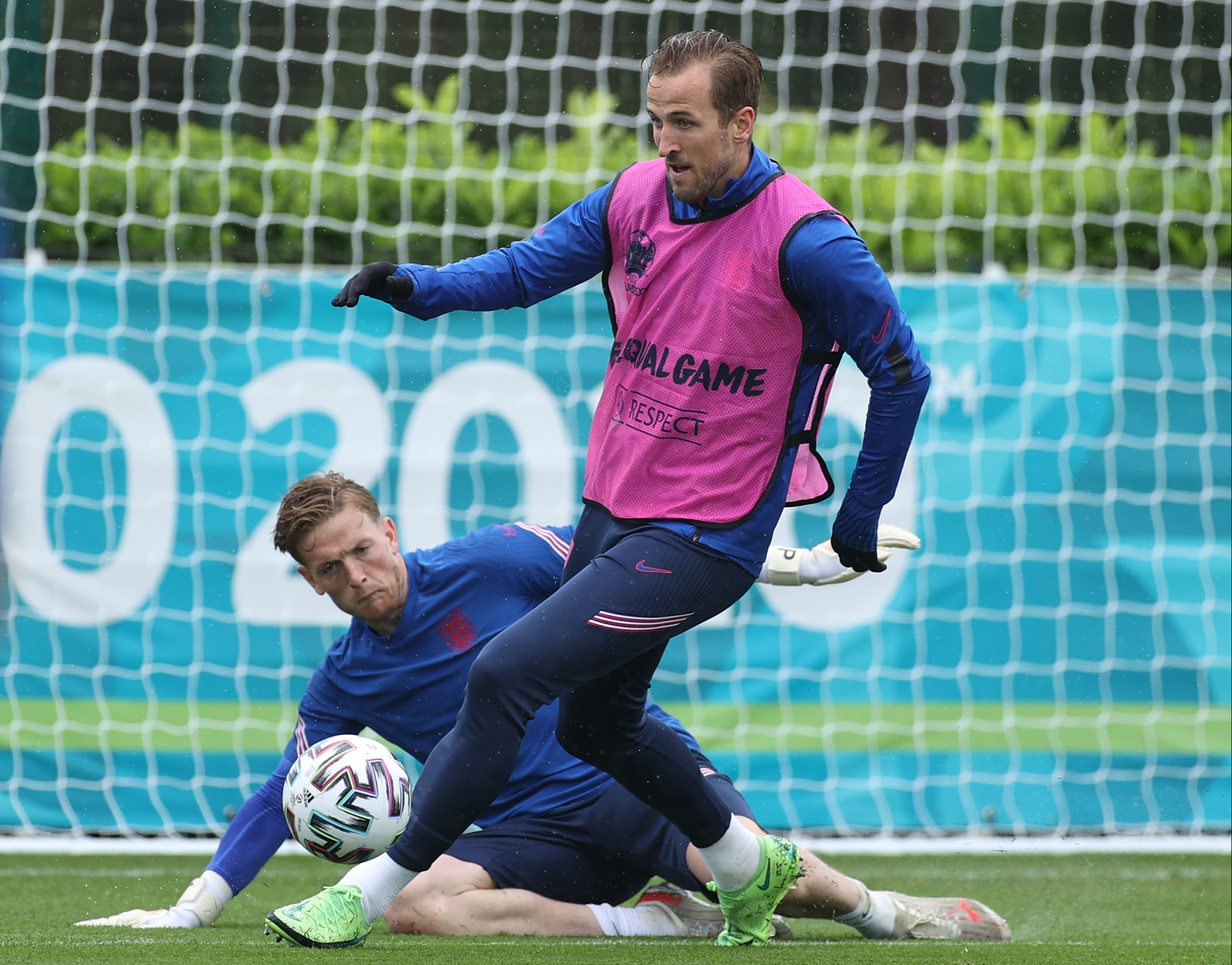 It was not Semedo but the situation Semedo was put in.

For Gareth to take off Harry with 15 minutes to go against Scotland was absolutely normal, to bring a fresh player to try to create a new problem.

He went with Marcus Rashford, or he could have done it with Dominic  Calvert-Lewin, because he is better in the air, but the game was more tight so he tried with Rashford.

That’s normal if you have good players on the bench.

The rules allow for five changes. You have 12 players and a bench full of talent.

You look to the left and to the right and you could even feel confused —  Rashford or Calvert-Lewin? Grealish or Jadon Sancho?

It’s normal with 15 minutes to go, I don’t think there’s any problem with that.

But you leave Kane out of the starting line-up and play who? Calvert-Lewin? Good player. Rashford? Good player.

But Harry Kane is the best.

FOR me, France are still favourites to win the Euros — a bad result against Hungary, in a full stadium in Budapest, doesn’t change that.

But I’m concerned about Portugal.

We can beat France or draw tomorrow but the French have more power and, yes, I am worried.

If Portugal lose and finish with only three points, we must get the calculators out.

Germany impressed me against Portugal and they didn’t play badly against France.

Germany can surprise us, because they were so poor in qualification — although Germany at a high level shouldn’t really be a surprise.

Italy are confident and happy, a team to respect and fear, and Belgium are very solid.

Spain are in a difficult situation. Two home matches, two points. They could not beat Sweden or Poland.

They control matches but don’t find it easy to score. They play Slovakia next, though, and I think they will qualify with five points.

Estate agent, 22, left with black eye after stranger pounces and punches her in unprovoked attack