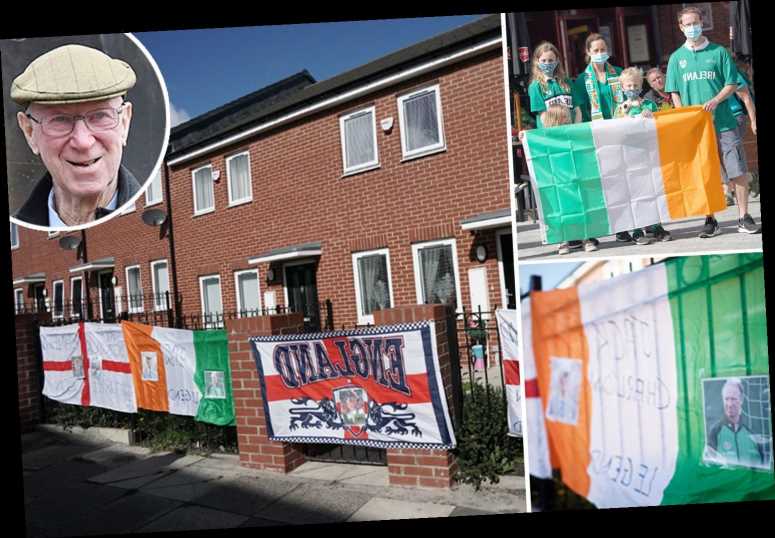 RESIDENTS of Jack Charlton's hometown of Ashington, Northumberland, lined the streets to pay their respects and say a final goodbye to the England and Ireland legend.

Charlton's coffin left the family home in Dalton at around 9am and was met by a police escort in Ashington before heading into the town centre. 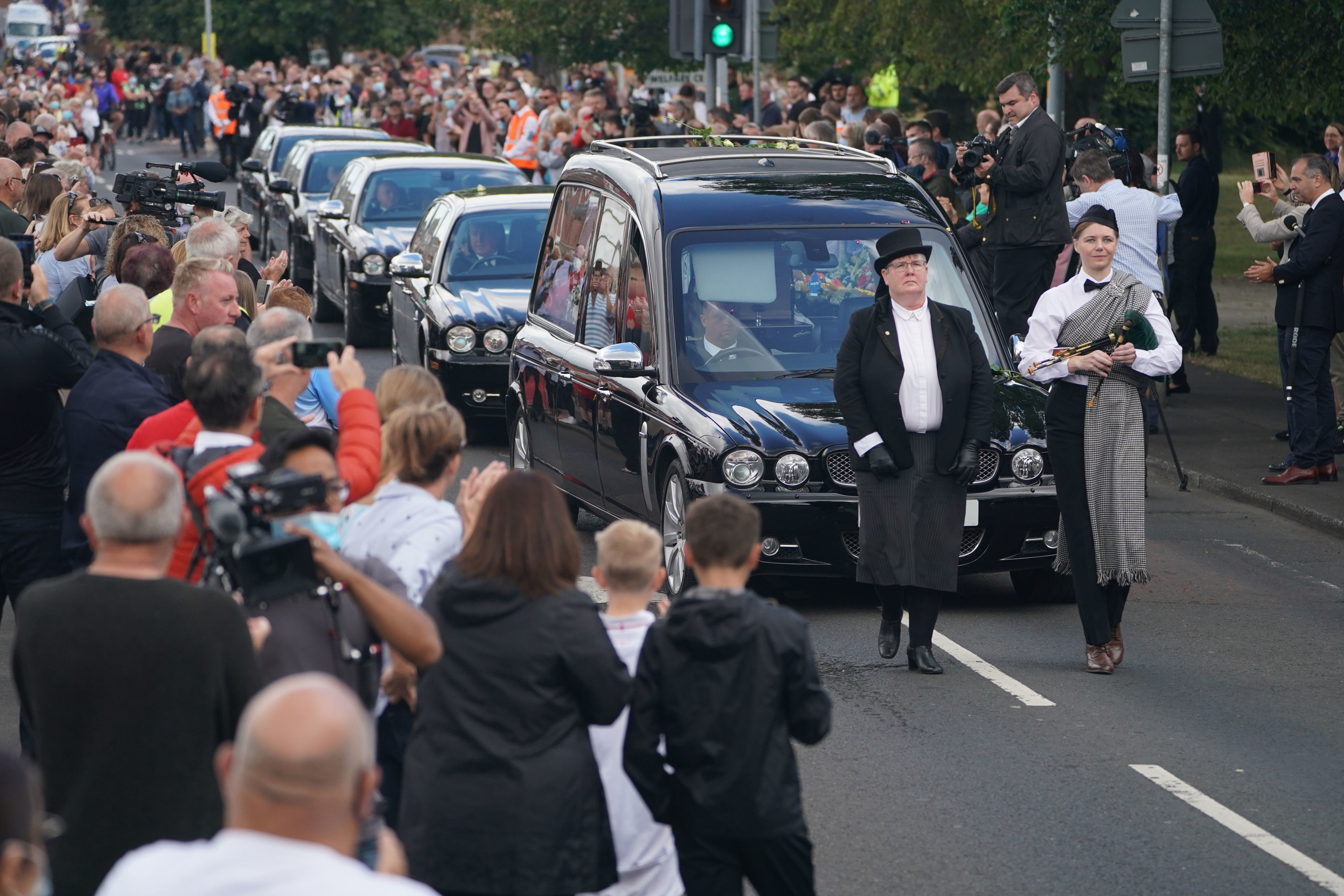 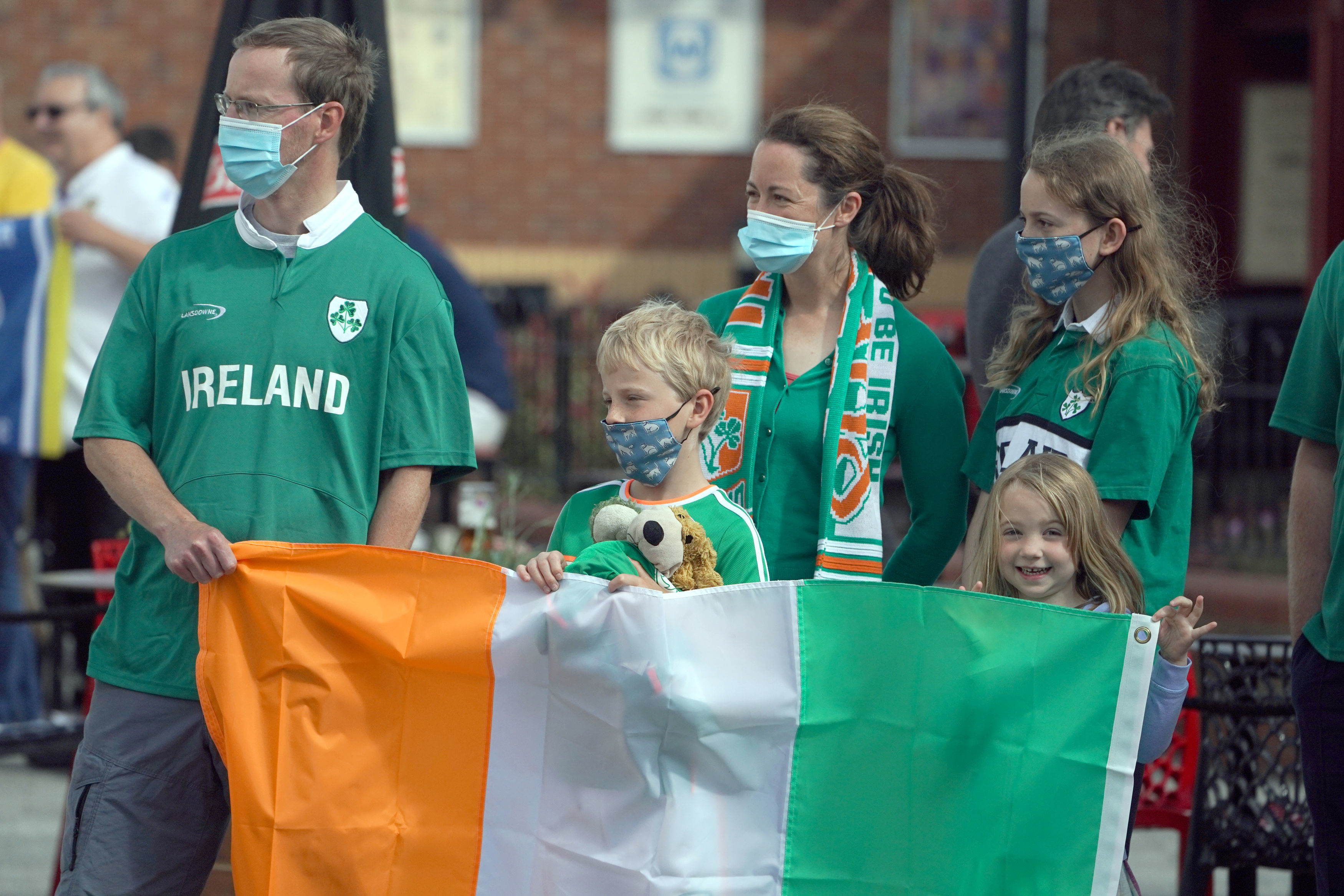 The hearse was met by emotional crowds of all ages who applauded the coffin as it passed by.

It will make a stop outside Hirst Welfare Centre where Jack played football as a child before continuing to the crematorium in Newcastle.

Charlton died aged 85 surrounded by his family on July 10 after a battle with illness.

Coronavirus restrictions mean that only 20 of his family and closest friends are able to attend the service.

SunSport understands that his brother Bobby is not able to attend the service due to health reasons.

Residents hung England and Ireland flags on fences with messages written on such as "legend" and "Ashington's favourite son."

Inside the hearse were flowers in the shape of a football with an England scarf draped over the coffin.

The former centre-back was part of the legendary England side that won the 1966 World Cup alongside brother Bobby.

He made his debut for Leeds in the old Division Two in 1953 and went on to become the bedrock of the great Leeds side built by former manager Don Revie.

Charlton then helped them win the First Division title in 1969 and the FA Cup in 1972.

Internationally, he won a total of 35 caps for England, scoring six goals for his country and was appointed an OBE in 1974.

Charlton retired from playing at the end of the 1972/73 season having scored 96 times for Leeds to make him the club's ninth highest scorer.

He went on to become the manager of Newcastle United for the 1984-85 season.

Charlton resigned in 1985 and in December of that year he became the first non-Irish manager of the Republic of Ireland.

Charlton, already hugely popular for getting them there, won the hearts of a nation and the rest of the footballing world as his side reached the quarter-finals. 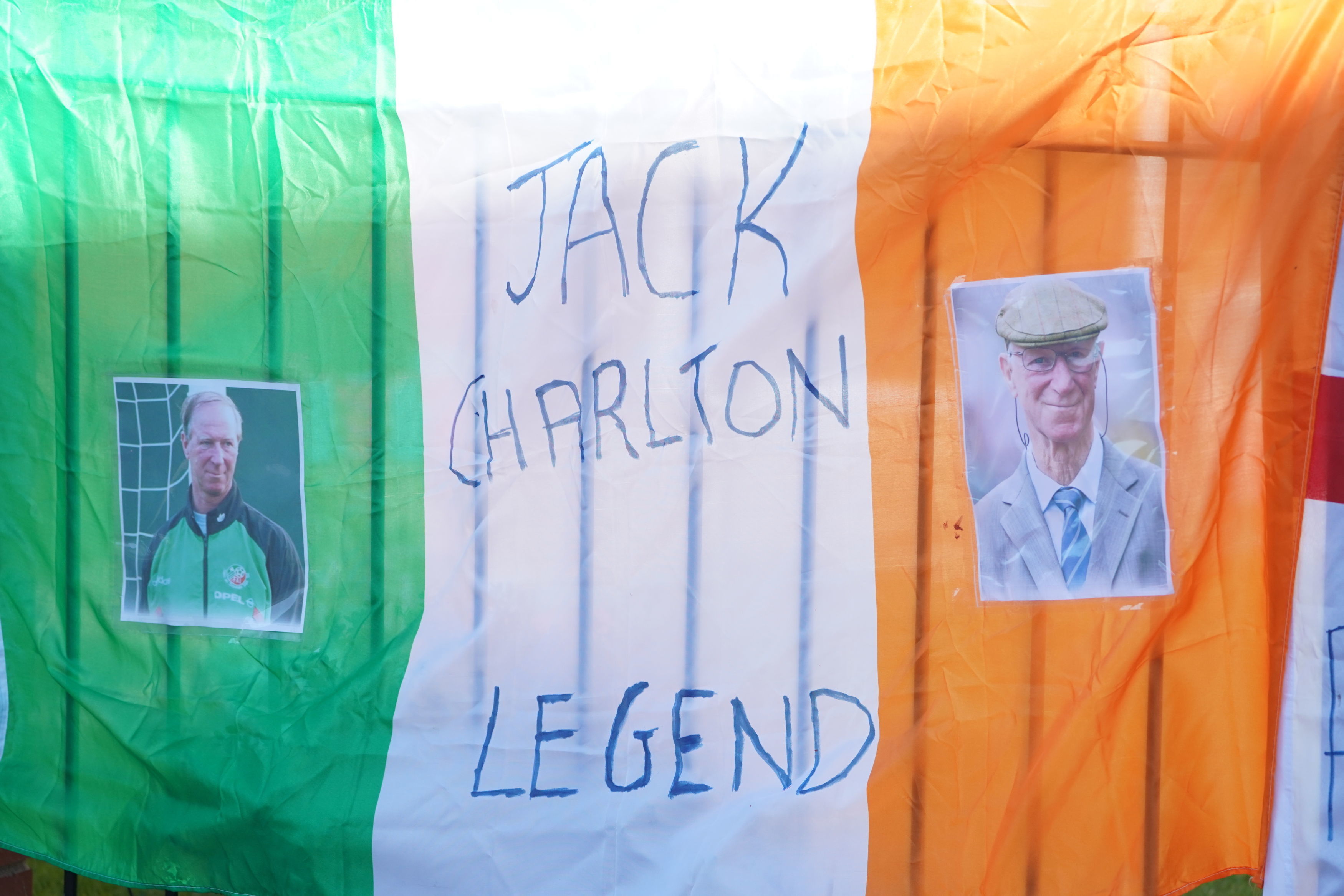 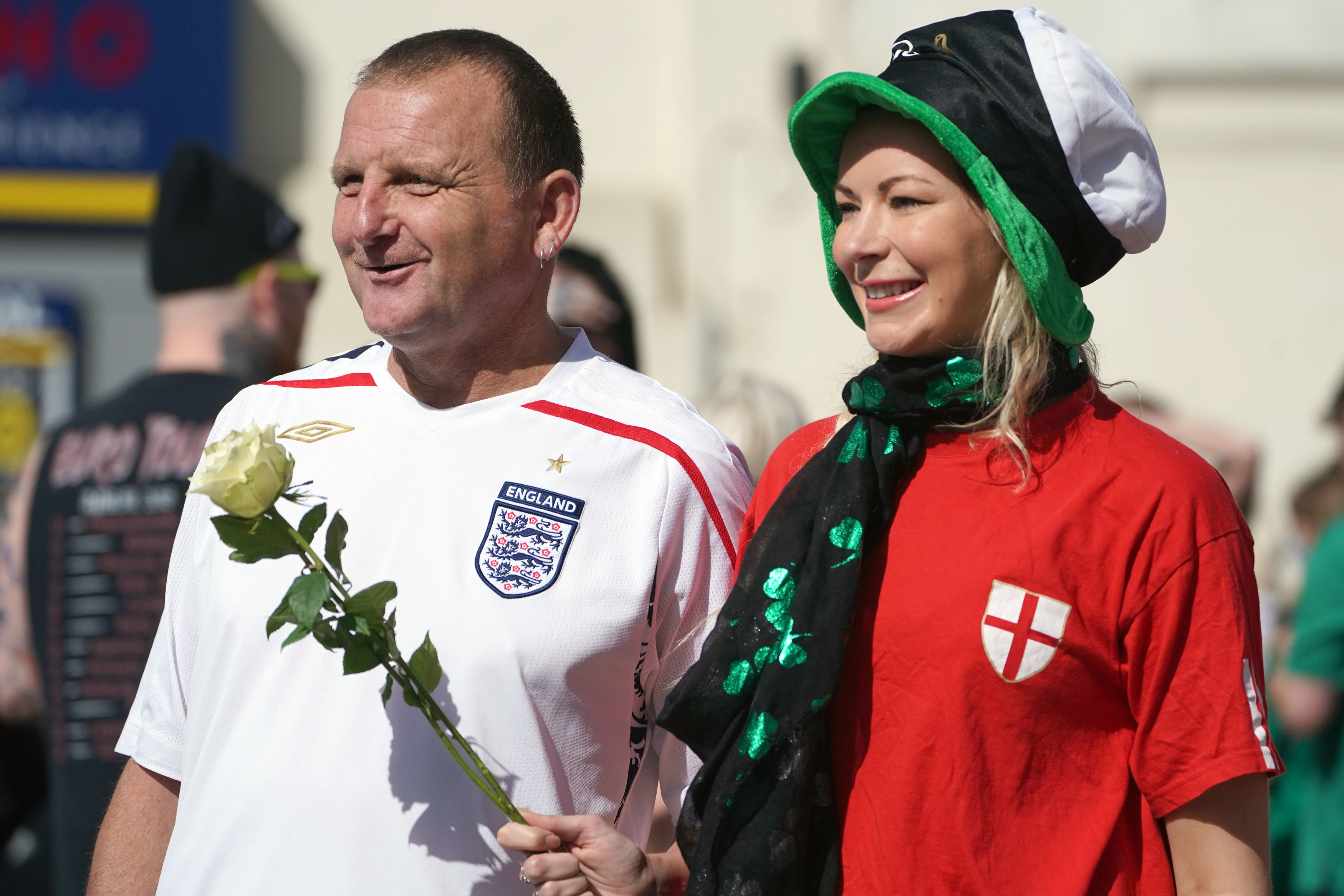 He went on to lead the Republic to the 1994 World Cup finals in the USA.

The tournament brought one of the most famous victories in Irish football history when they beat pre-tournament favourites Italy 1-0 in New Jersey.

Charlton was then awarded honorary Irish citizenship in 1996 for his achievements.

Wearing a face mask DOES protect you from catching coronavirus – and spreading it to others, experts say
World News