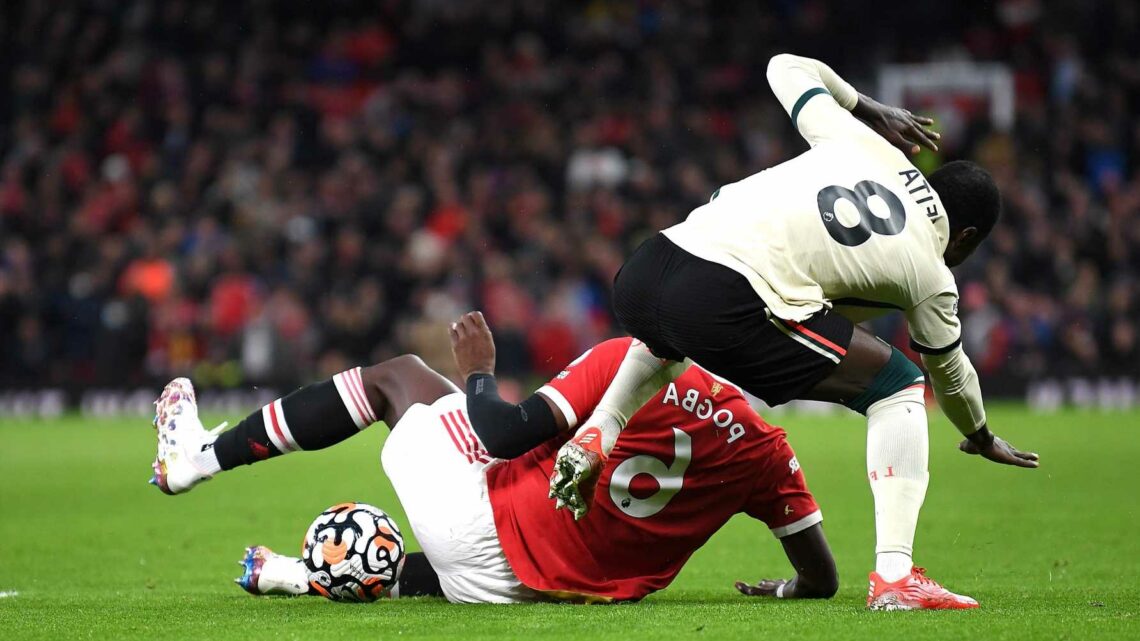 NABY KEITA escaped with a 'a painful bruise' after Paul Pogba's 'bad tackle' at the weekend.

Manchester United's midfielder was first shown a yellow card, before the referee upgraded it to red after checking out the pitch-side monitors. 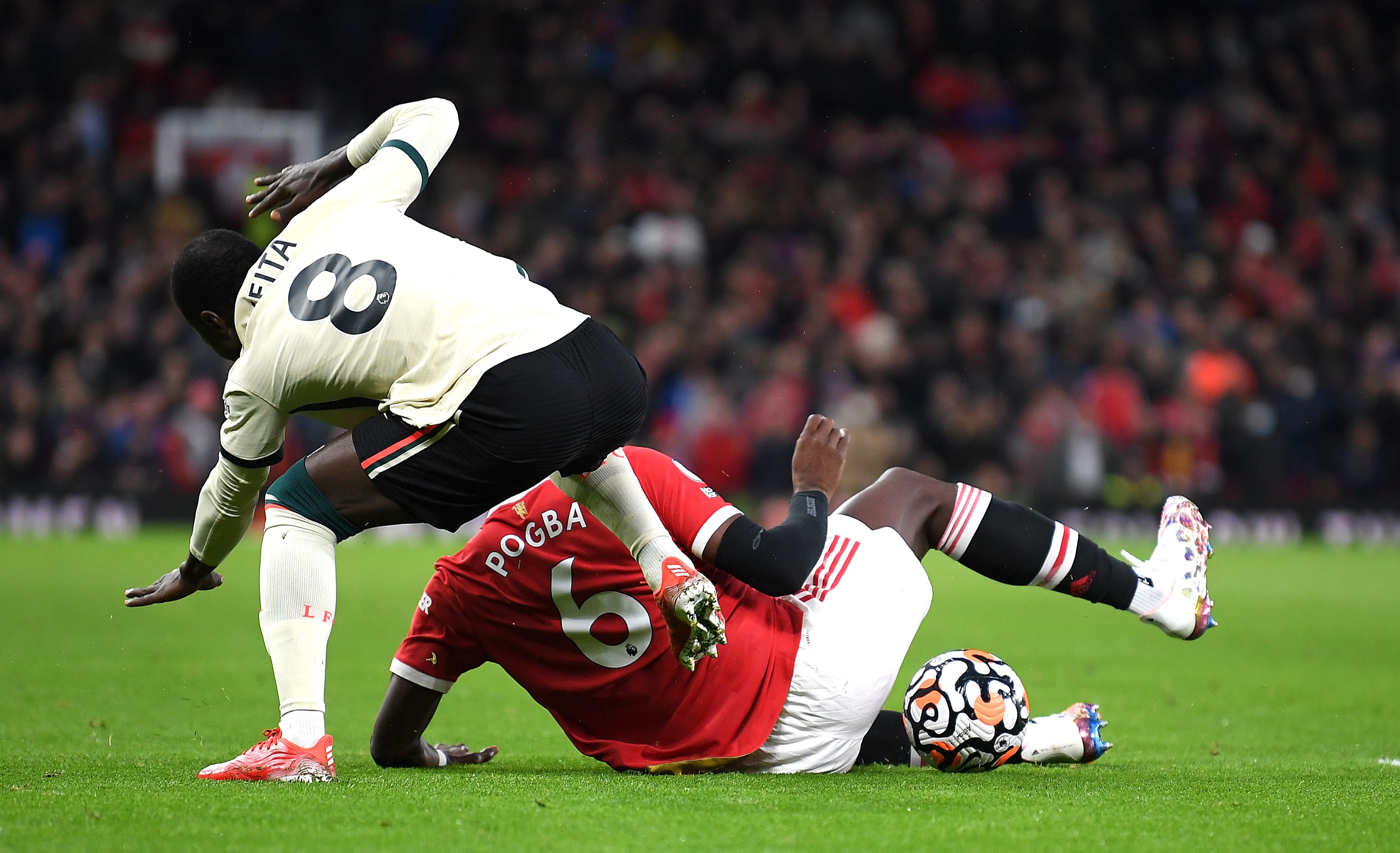 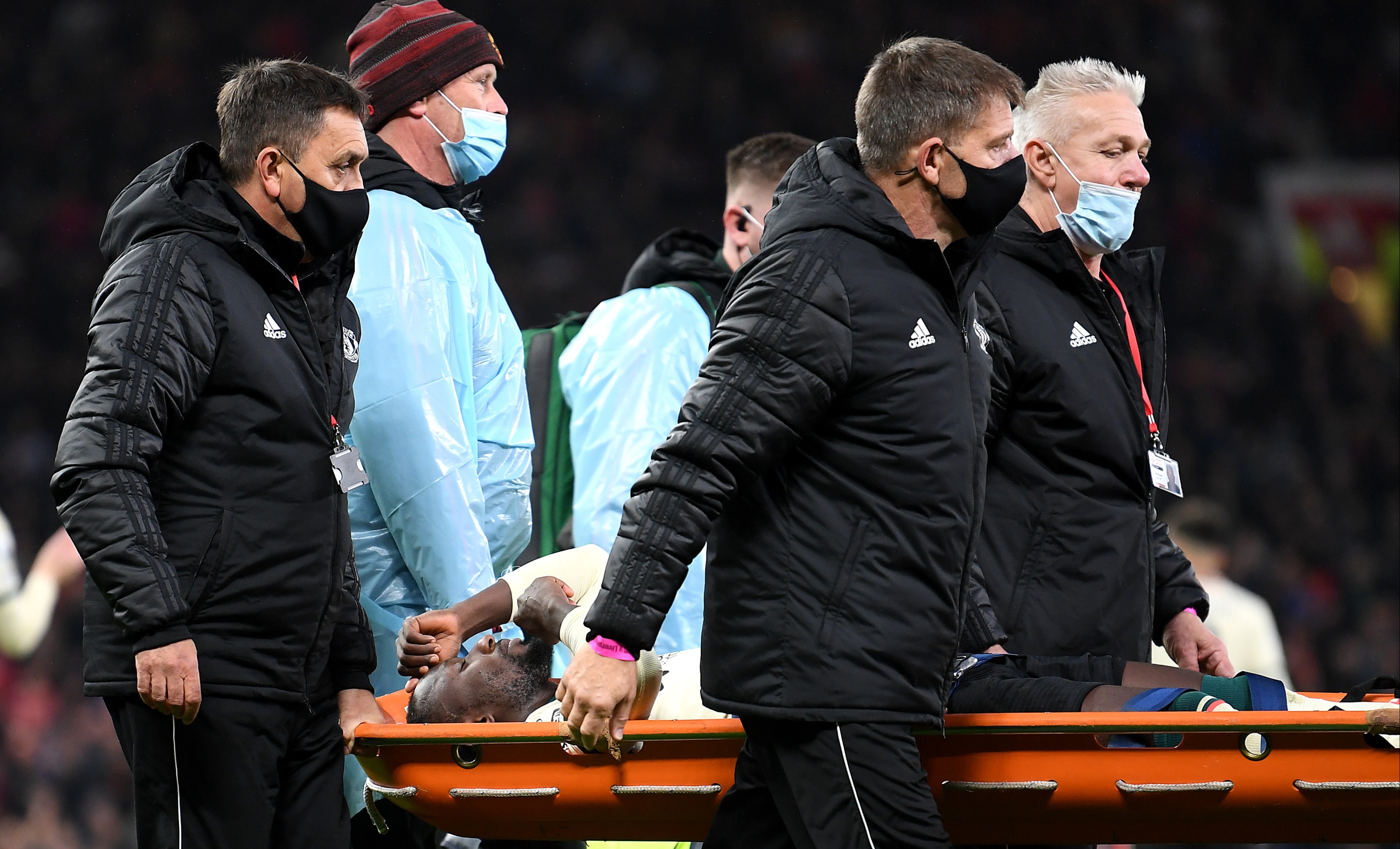 Keita left the field on a stretcher and was replaced by Alex Oxlade Chamberlain.

He told Sky Sports: "I think we should speak about VAR because it's a major advantage in my opinion to protect players after what happened there, to look back.

"We always discuss and sometimes we whine about the referee or performance of VAR, but this is exactly why it's there, to protect our players.

"That's what I really liked. It was a bad tackle, but luckily Naby's foot was not on the ground.

"It's just a bruise, it could have been much worse if his foot was in the grass.

"We'll take it day by day, but a bruise is painful of course."

Keita was having a sensational game at Old Trafford before his game was cruelly ended.

The Guinea international had fired his side into a fifth-minute lead and was enjoying dominating his opposition midfielders.

Liverpool also suffered another injury blow with James Milner coming off with a hamstring injury early on.

But Lijnders said midfielder Thiago Alcantara was closing in on a return following a calf injury, while Fabinho had also shaken off a knee issue that ruled him out of the United game.

Liverpool host Brighton in the Premier League on Saturday after the midweek Cup clash.

Lijnders added: "Brighton will be close for Thiago, but probably not. He's almost back.

"Fabinho isn't ruled out for Saturday."

Anya Taylor-Joy Debuted Four Looks in One Day, From an Orange Mini Dress to a Gold Gown