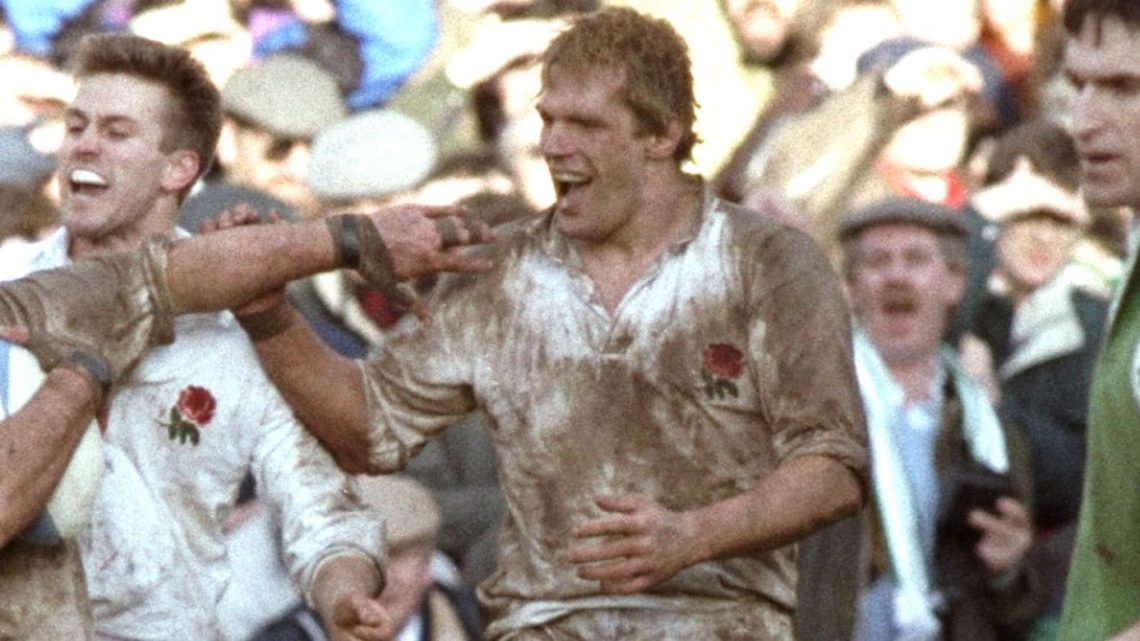 Peter Winterbottom was worshipped by Will Carling and was a talisman of his back-back Grand Slam winning side between 1991 and 1992. 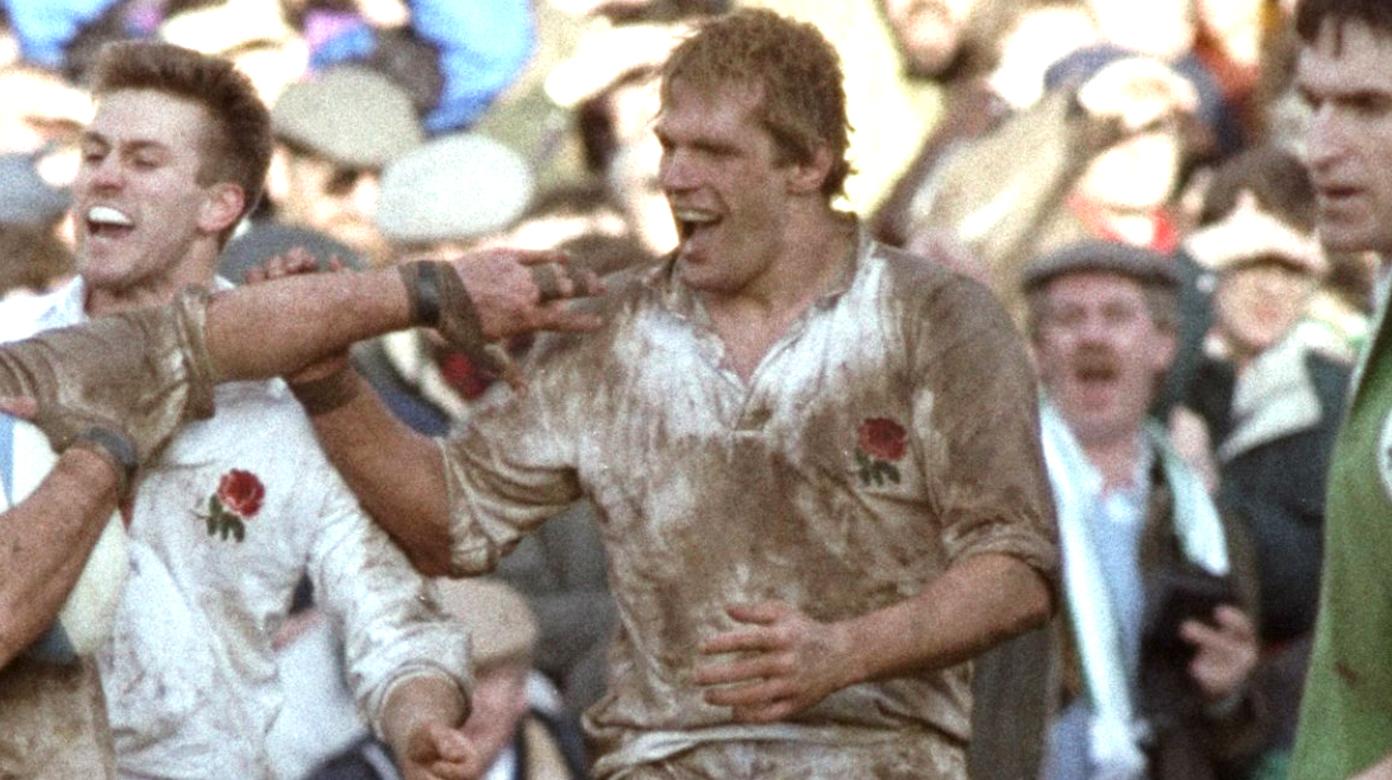 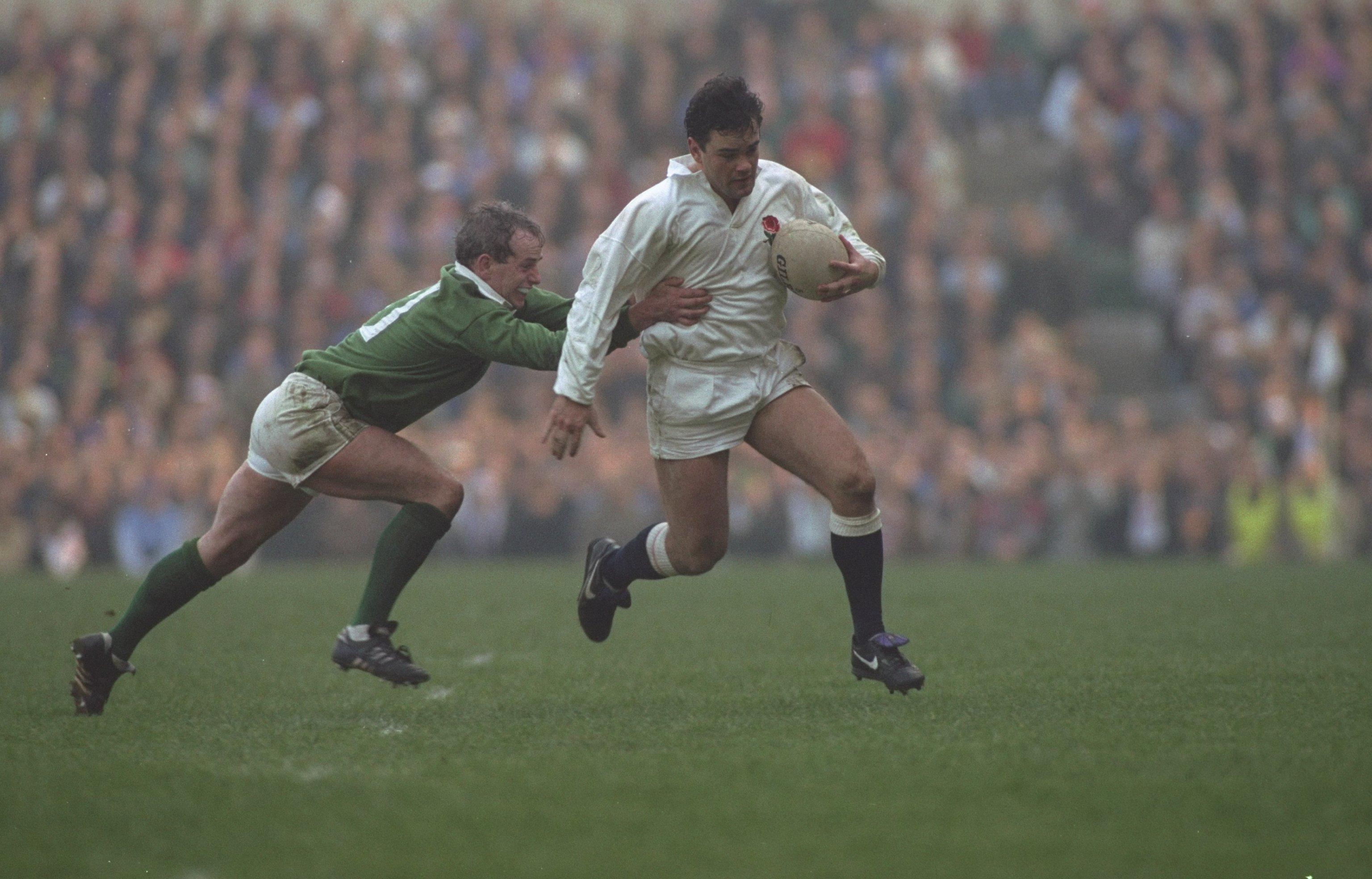 A fearsome tackler in a team of mean forwards, complimented by the stardust of Jeremy Guscott, Rob Andrew and Rory Underwood, Winterbottom and co should have dominated the Irish.

The legendary No7 was a World Cup runner-up to Australia in 1991 and went on two Lions tours to New Zealand, winning seven Test caps against the All Blacks.

But it took him eight years to notch his one and only victory at Lansdowne Road.

Nicknamed Straw Man because of his shaggy blonde hairstyle, Winterbottom told : "You know what is coming and you do try and give it back, but it is not easy. 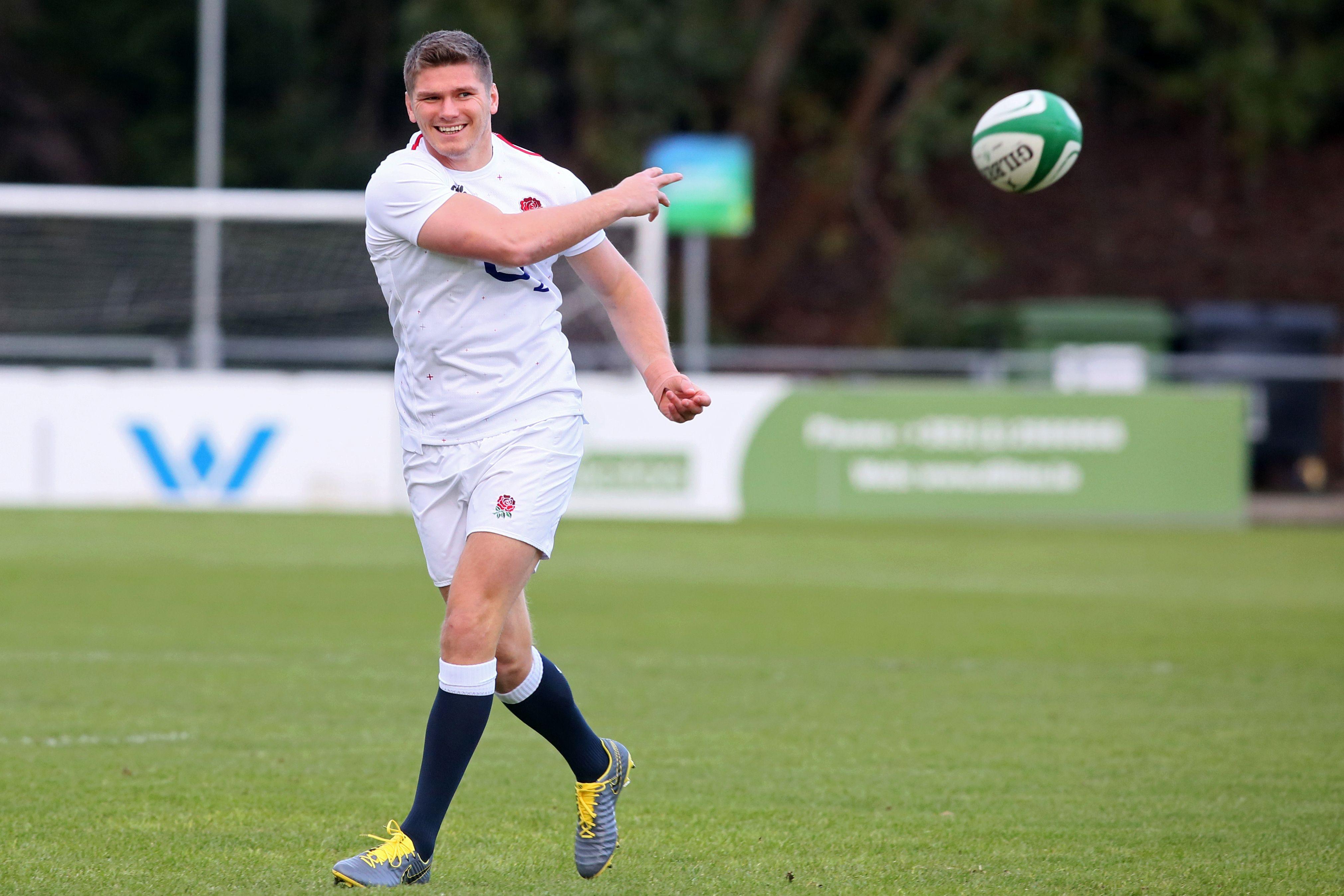 "We used to go to Dublin two days before the game. You would walk around the city centre and Ireland supporters would be asking us to take it easy on their boys.

"They would big you up and then come 3pm their boys would be kicking the s*** out of you! It was 1991 when I first won over there and we did beat them quite convincingly, but then we went back in 1993 and lost when we should have won.

"We had 12 British Lions that year, we still went to Dublin and lost — they had just one Lion. Winning in Dublin is on a par with winning in Johannesburg and Auckland.

"The Irish just picked their game up when they were at home. 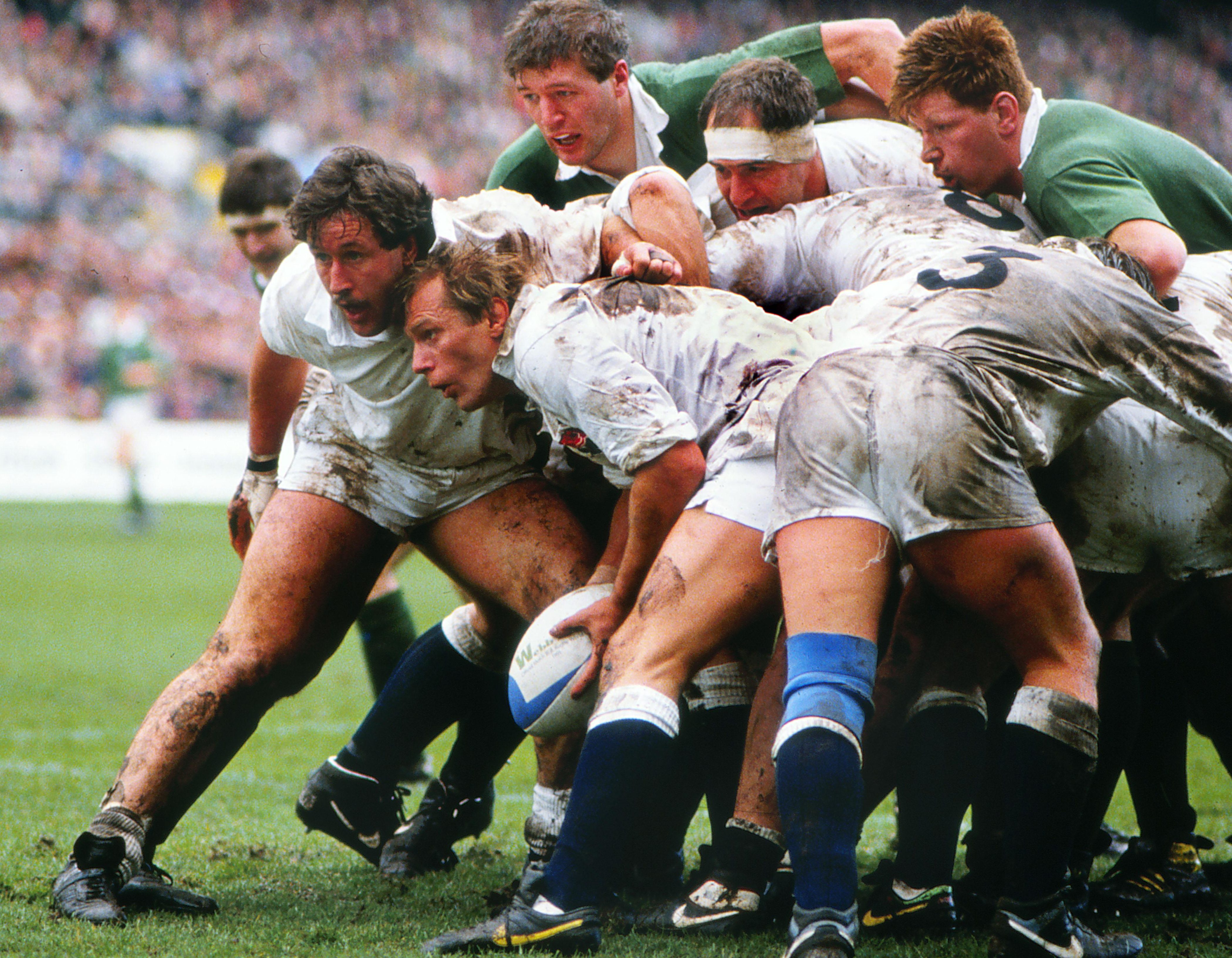 "And even if it didn't rain, it always felt like it was raining or blowing a gale. Ollie Campbell or whoever was fly-half would kick the hell out of the ball and they would all smash anything that moved.

"You just got the impression that there weren't 15 Irishman on the pitch, there were 20 or 25.

"Every time you moved, someone would hit you. And the referee never seemed to see any of it. It's an intimidating place for the referees too.

"The game has changed from the old days, but the crowd still make it bloody hard to win over there.

"The Irish don't want a blip in this Six Nations and they have to keep moving forwards, which is the really tough bit. If you are going to be a contender for the World Cup, you have to have a good Six Nations. 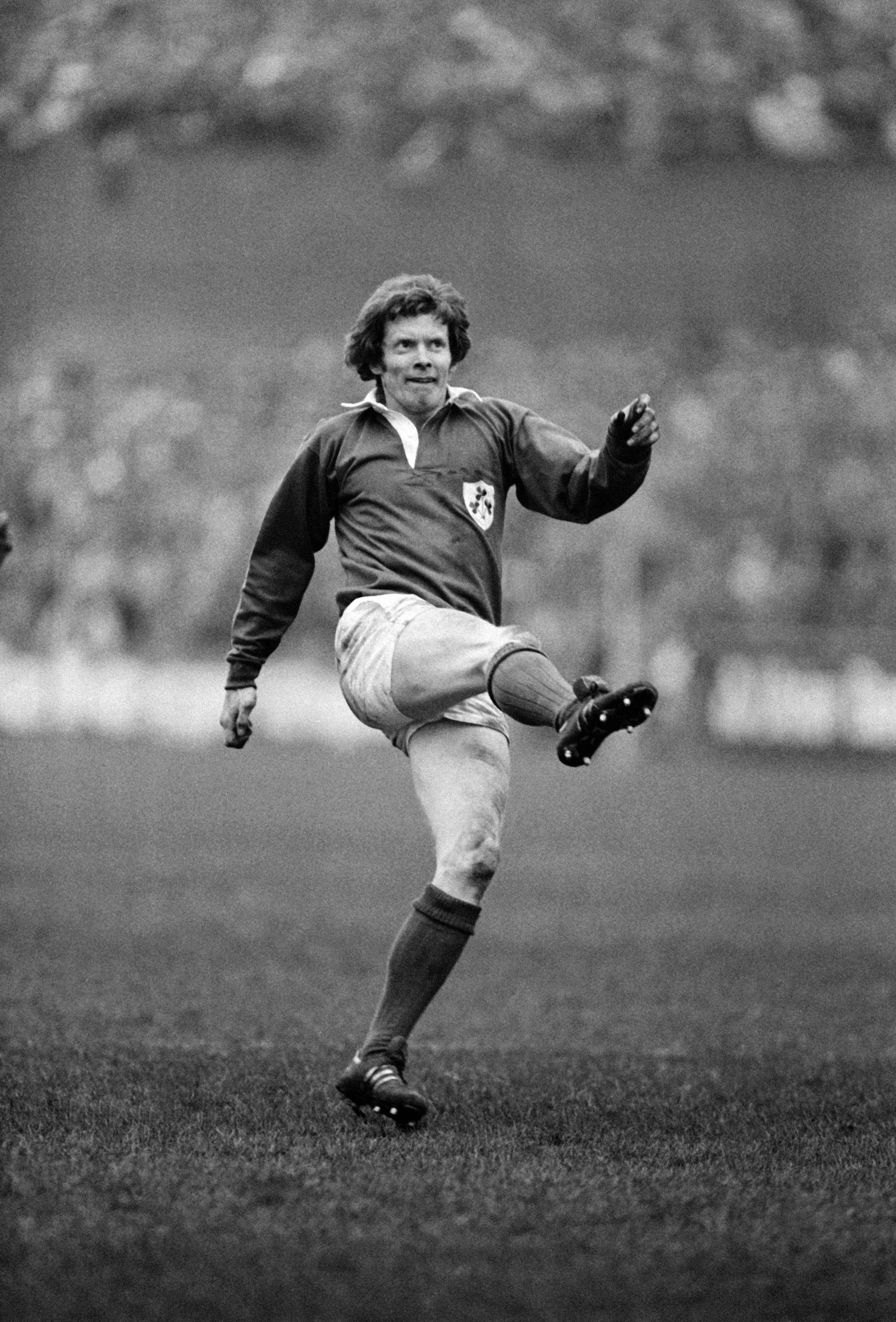 "And the last time England went there it was as an unbeaten side with all the pressure on them to win clinch the world record.

"Now the pressure is off and they know the enormity of the task against the best side in the world. But if England can deal with their game plan and keep it disciplined, then they can win it.

"The last time England went there it was as an unbeaten side with all the pressure on them to win and clinch a world record.

"Now they go there, the pressure is off and they know the enormity in the task against the current best side in the world. If England can deal with their game plan and keep it disciplined, then they can win it." 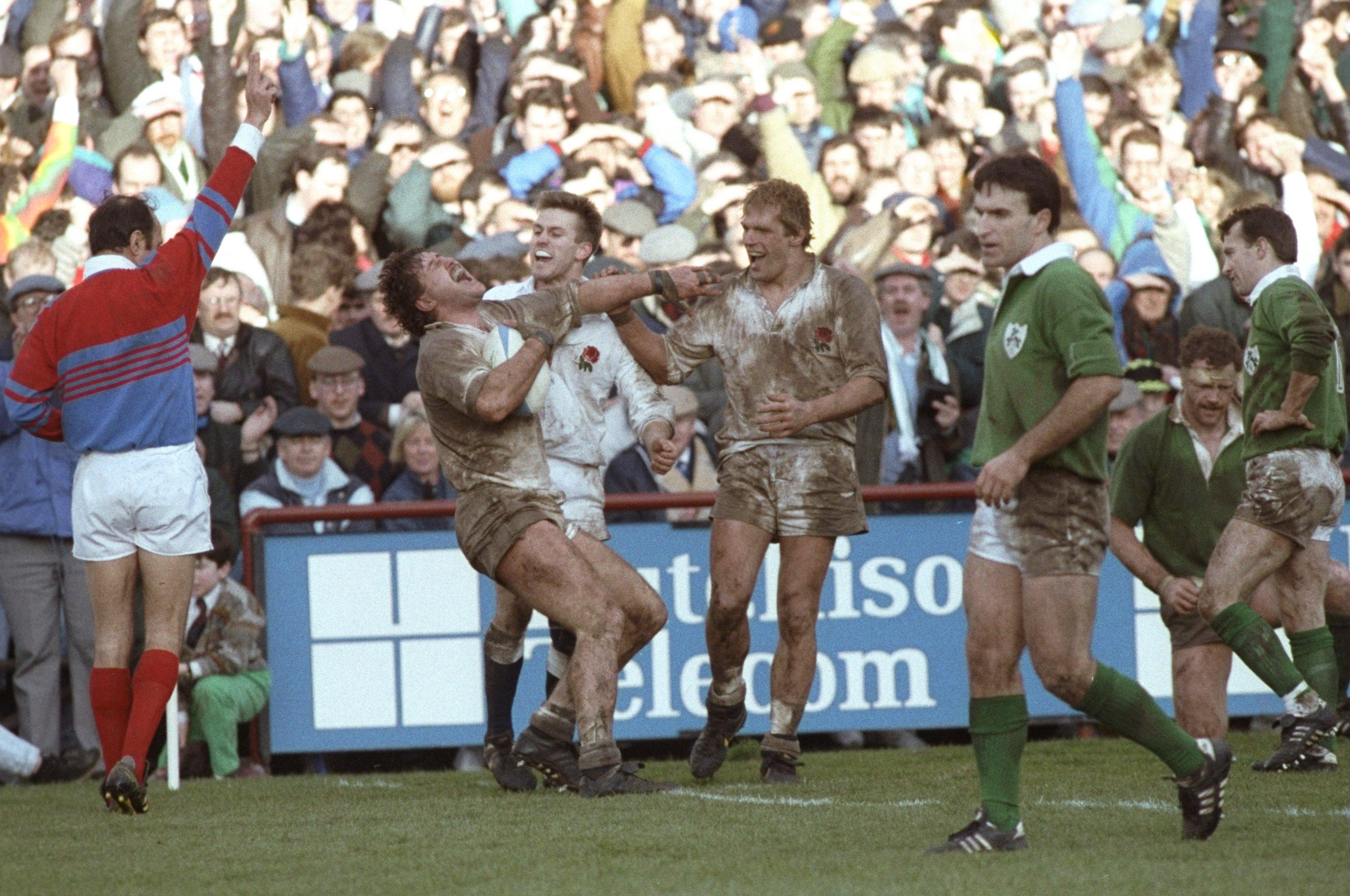 Wints was the Red Rose's most-capped No7 with 58 appearances, until Neil Back came along and stole his crown and also pipped him to the Webb Ellis Trophy in 2003.

The Harlequins flanker was picked in Aussie hero Michal Lynagh's all-time England XV, so with all that in mind, to say he knows a thing or two about the back-row would be an understatement.

So what does he think of England boss Eddie Jones' radical and controversial plan to use winger Jack Nowell as a ninth forward and a secret No7?

The 58-year-old said: "I've never heard something so ridiculous in my life.

I've never heard something so ridiculous in my life. I don't know why Eddie says things like that. I don't know whether he is trying to deflect things and make the opposition think he has gone completely mad

"I don't know why Eddie says things like that.

"I don't know whether he is trying to deflect things from the team and make the opposition think he has gone completely mad and they spend their time thinking about Nowell as a ninth forward.

"Get your team playing with a bit of mojo and playing to their potential, because they haven't yet.

"Why he goes on about something as trivial and that is ridiculous to me, but that is Eddie and he likes to be quirky and non-conformist." 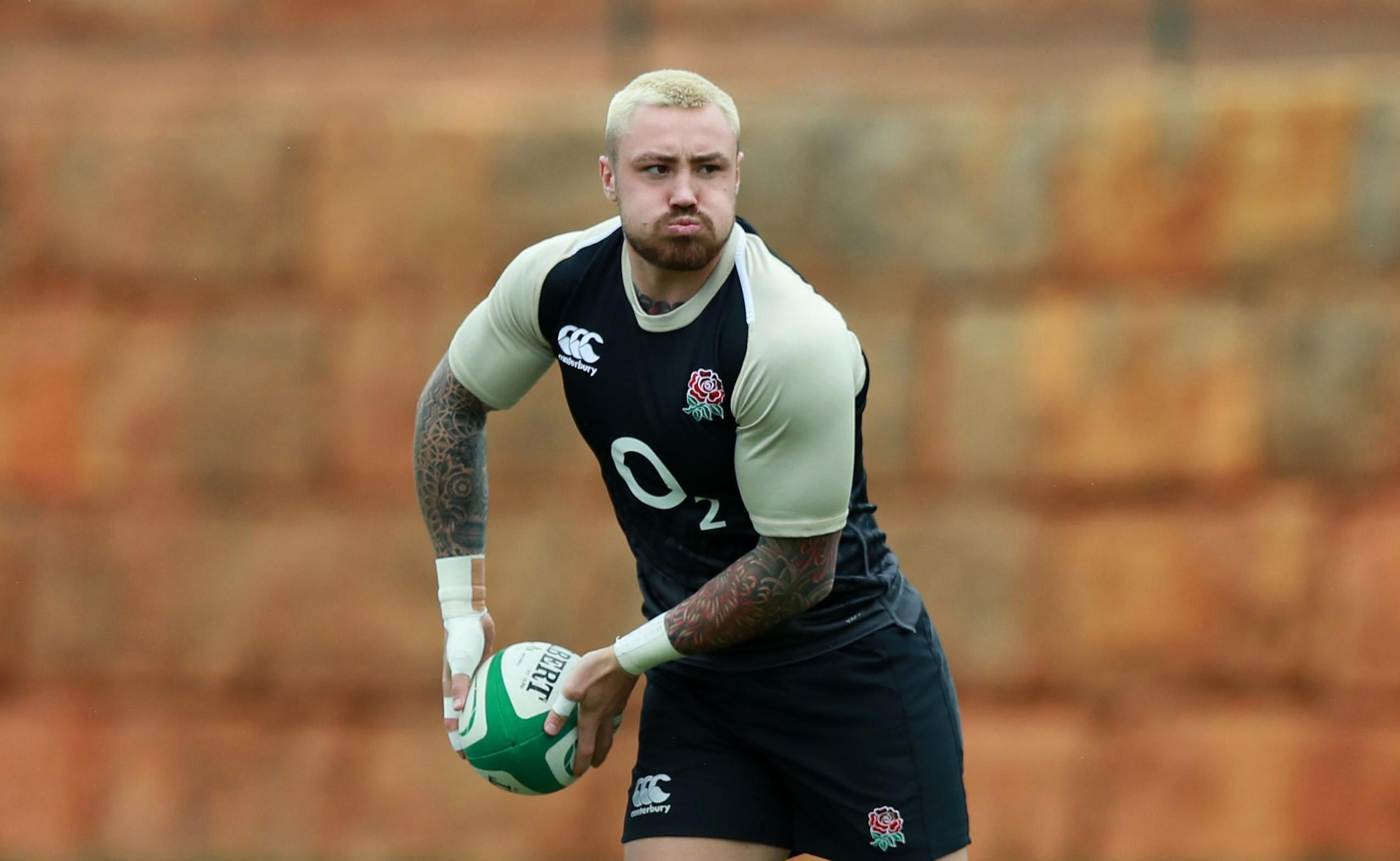 The answer to England's back row problems are right in front of Jones — and he knows this too.

With Sam Underhill injured, Tom Curry is the only out-and-out fetcher the Red Rose have left to unleash against former Lions skipper Peter O'Mahony and the rest off the Irish pack.

Winterbottom, who is taking part in Doddie Weir's charity cycle this Six Nations, said: "I think Sam Underhill would have held his place iff he was first as he was outstanding in the autumn. 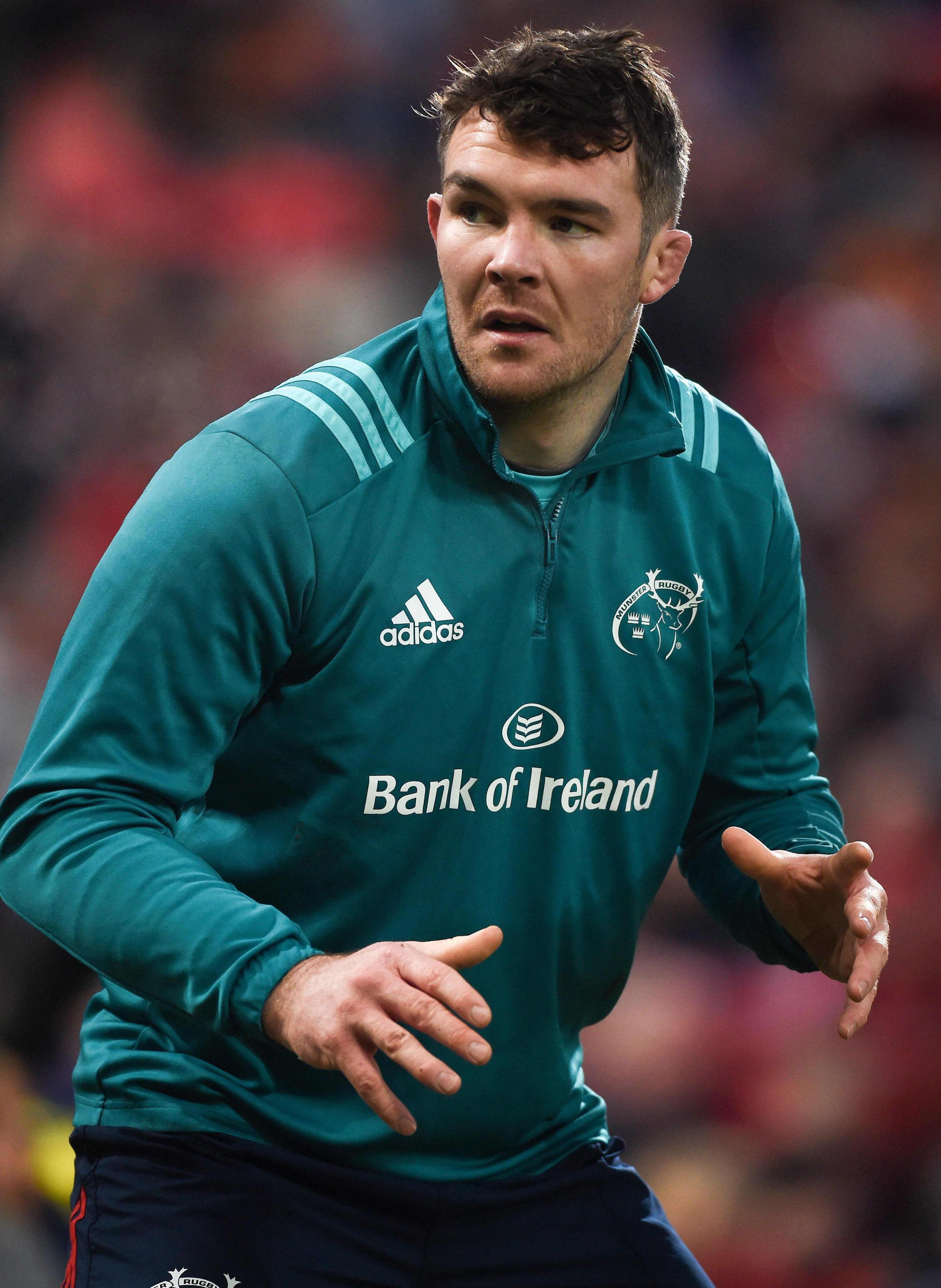 "Tom Curry is a very tidy player too and it's good to see him over his injuries.

"I think Curry is a better all-round No7 and has more to his game, but Underhill has that real deep-lying competitive edge. He hits hard, he carries hard, he is very strong over the ball and he makes an impact. 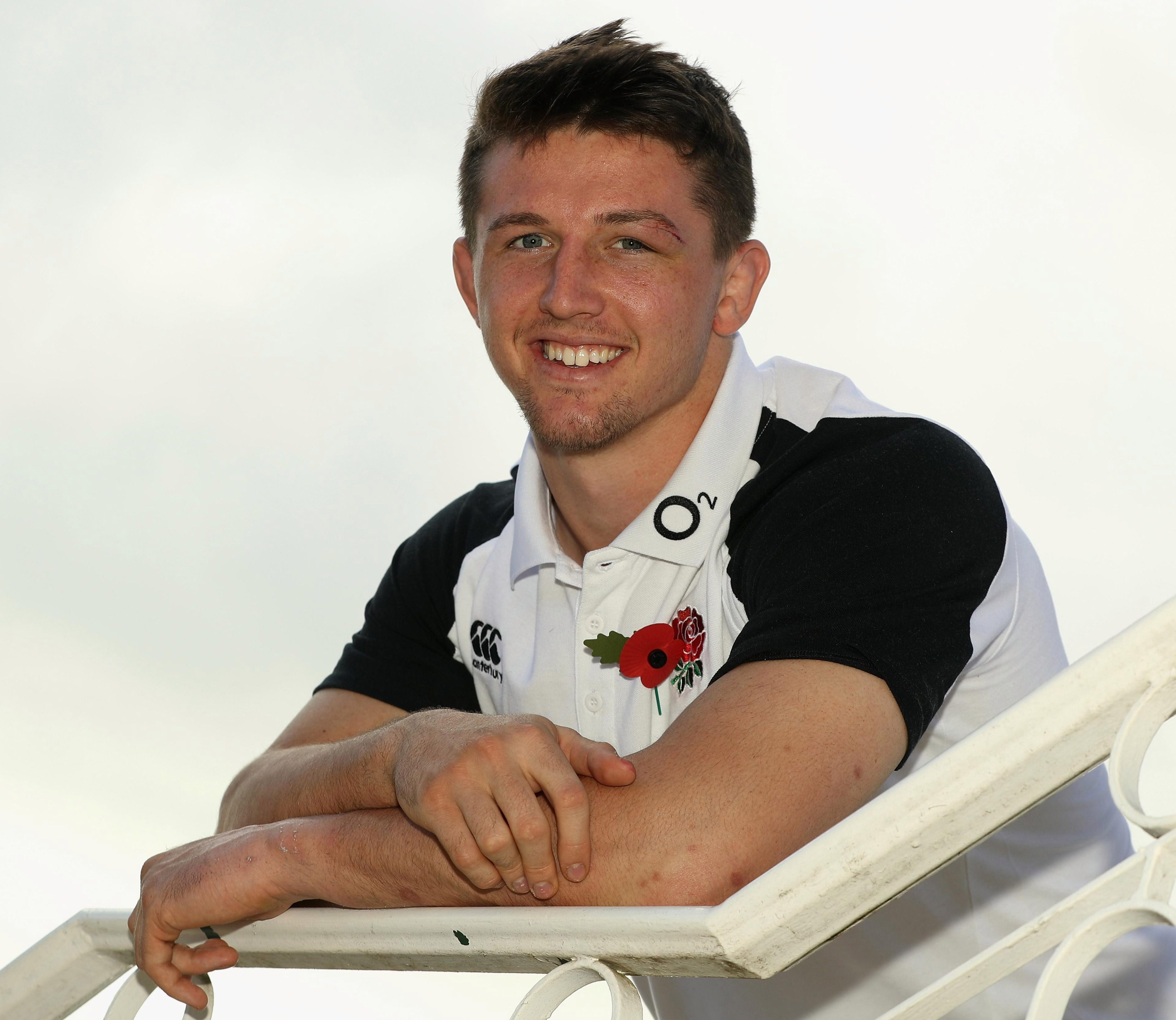 "I think these guys can go head-to-head together over the next few years. Curry and Underhill could be the two guys who solve that No7 position for England for quite some time.

"England have to play a No7. If you look at the whole make-up of the pack you have enough ball carriers in Billy and Mako Vunipola, Maro Itoje, Joe Launchbury and Jamie George, but you need someone who has a high work-rate and will be looking to snaffle the ball, but also be a link-man in open play.

"That's what both Curry and Underhill can do. With the make-up of the rest of them, you need to play an out-and-out No7. In the past we have picked big sevens like Chris Robshaw or James Haskell, but they were more 6s. 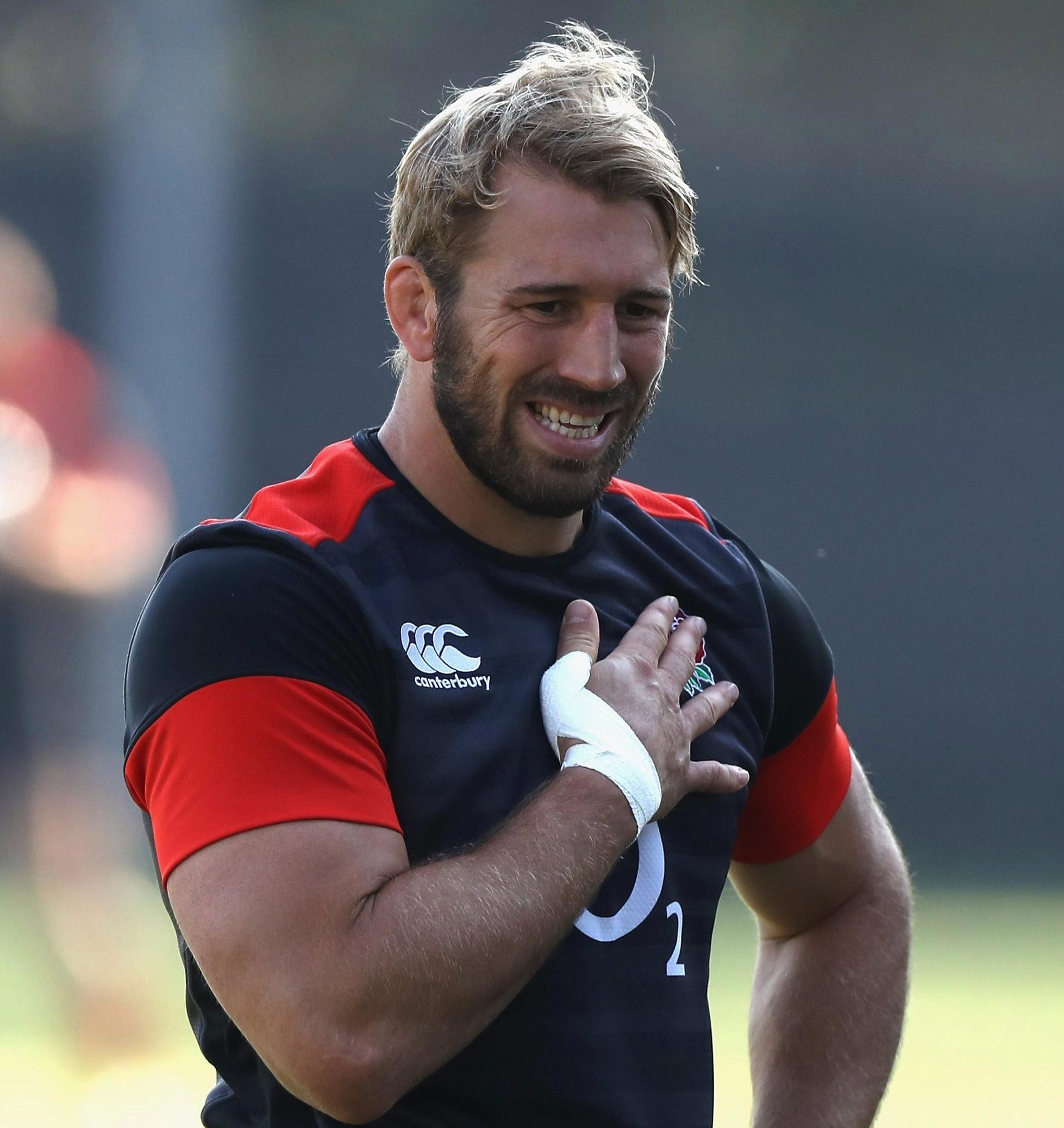 "I don't know why coaches have gone away from it, but certainly the Kiwi's and Aussies have shown that having a world-class No7 is a facet to the team."

After a solid autumn beating the Springboks, Wallabies, Japan and missing out on a historic win against the All Blacks as they lost by a point, Winterbottom expects more to come from Jones' resurgent side. 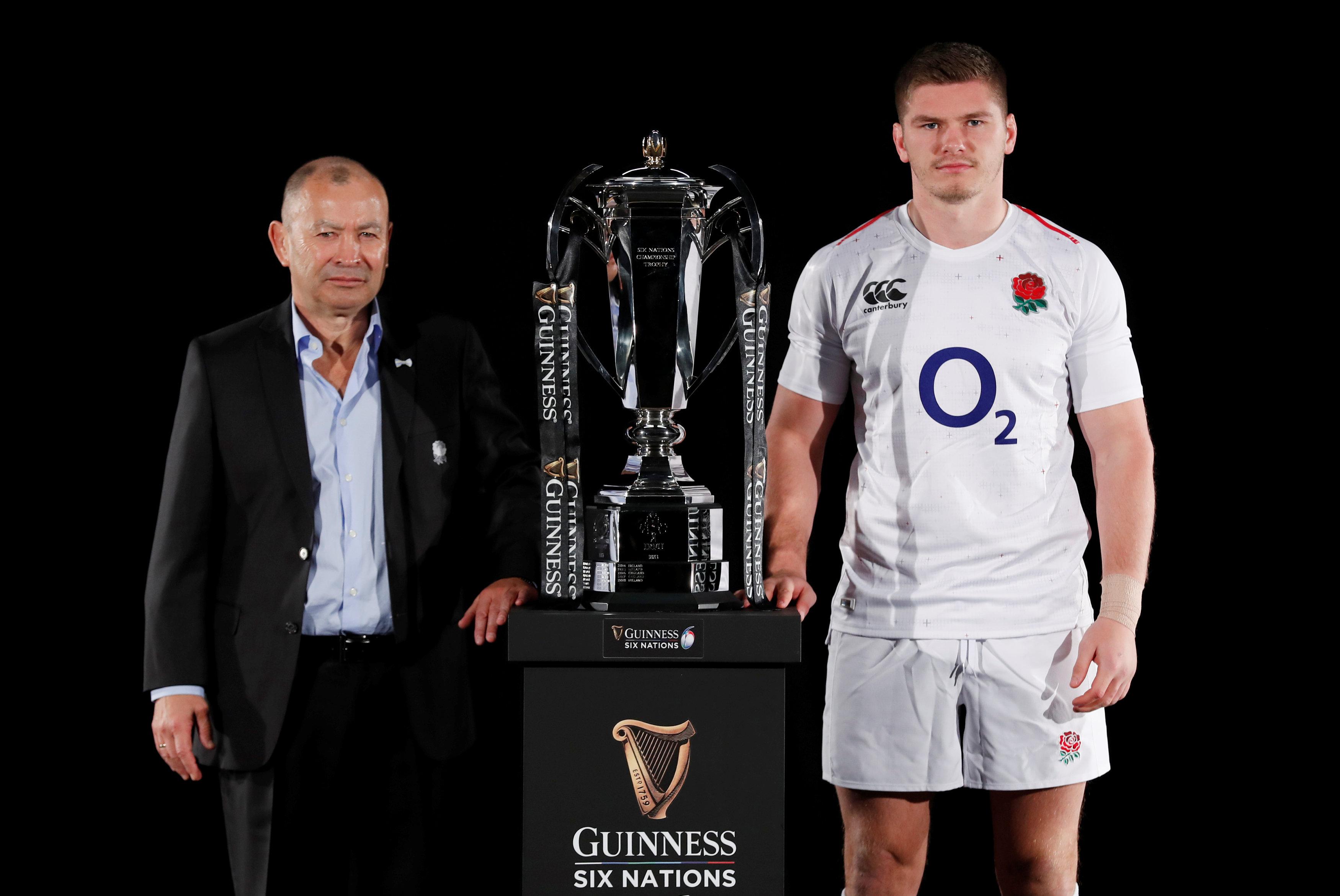 Ahead of Saturday's Dublin epic, he added: "I don't think this England side have got close to performing at their potential year, whereas Ireland pretty much are. England have a lot of improving to do.

"Ireland are such a solid side at the moment and the game against the All Blacks showed just how solid and organised they are.

"They don't make many mistakes and they are happy to throw the ball around and are very well organised.

"England don't have that cohesion, but they have great players so they just have to find that – it looks like they will end up playing a fairly direct game."

Here’s How To Get "Worse" At Multitasking, Because Experts Say You’re Better Off Without It

PledgeMusic Confirms It Is Seeking a Buyer
World News