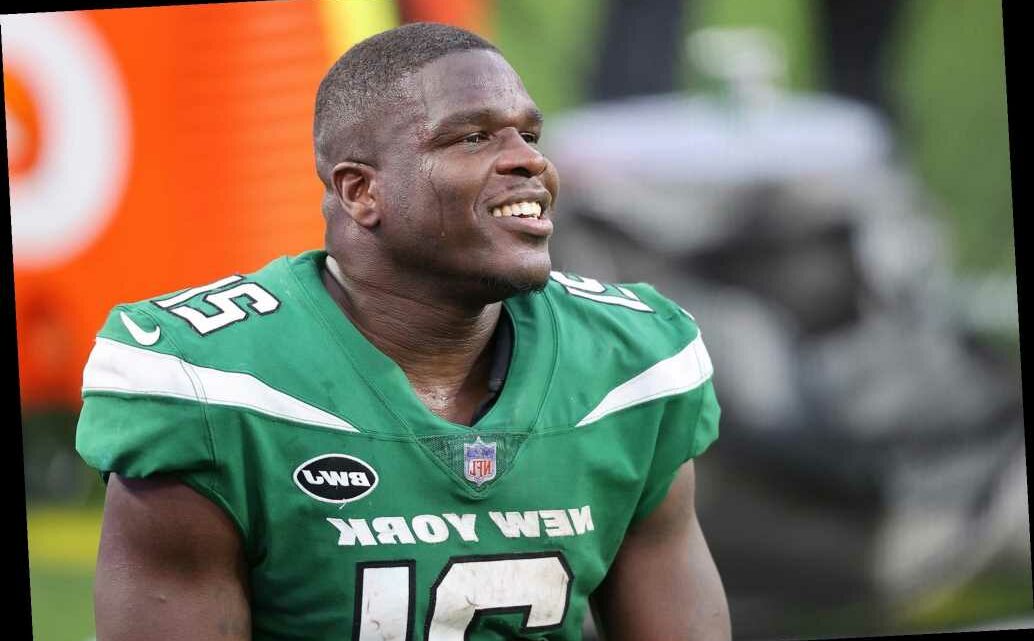 Jets must see can't-miss QB at No. 2 to move on from Sam Darnold

Steelers could silence skeptics with win over Colts

He won’t play for the Jets in Sunday’s season finale against the Patriots at Gillette Stadium.

Chances are, he won’t ever play again for the Jets — or anyone else for that matter.

When the 2-13 Jets conclude their miserable 2020 season Sunday, veteran running back Frank Gore will be back home nursing the bruised lung he suffered in last week’s game against the Browns.

But the 37-year-old Gore has left his mark with every Jets player he touched this season. He was a gift for the younger players who got a glimpse of what it takes to be a professional athlete.

In a brutal game that chews up and spits out running backs like the current U.S. President burps out tweets, Gore has been the ultimate survivor.

The NFL is an acronym for National Football League as much as it is for “not for long,’’ with the average career lasting 3.3 years. For running backs, that number is even lower — a 2.57-year career expectancy.

Gore’s 48 rushing yards against the Browns last week left him behind only Emmitt Smith (18,355) and Walter Payton (16,726) in career rushing yards.

If you listen to those whose lives he’s touched, it’s pretty clear that Gore’s greatness stretches well beyond his mind-numbing numbers.

“He’s a great football player, but even a better person,’’ 23-year-old Jets running back Ty Johnson said. “He’s the model for a pro athlete.’’

Guard Greg Van Roten called what Gore has done “incredible,’’ adding, “He does everything physically and mentally to prepare himself … and he’s bringing others along with him. It has been quite an experience to share a locker room with Frank. As O-linemen, we were very aware of that 16,000-yard mark. Every week it was, ‘How many more yards does Frank need? What do we have to get him to?’

“He hit it right on the nose and I couldn’t be happier for him.’’

Indeed, Gore’s final carry of the season — as a Jet and very possibly of his career — went for a 4-yard gain in the fourth quarter against the Browns. Those yards gave him 16,000 for his career.

It’s unclear if that was the play on which he suffered the bruised lung, but Gore didn’t play another down after that.

“Frank’s been inspiration to all of us,’’ quarterback Sam Darnold said. “He’s just a special player, a special human being. He was put on this earth to play football. It was unbelievable to watch him play and I’m proud to call him a teammate and a friend.’’

Coach Adam Gase, who was first around Gore in 2008 as a 49ers offensive assistant and later brought him to Miami, said he believes Gore “has impacted anybody that’s come around him in the building, whether it’s a player, coach, staff member.’’

Gore is not the first Hall of Fame player to play for the Jets in the twilight of his career.

Assuming he eventually will be voted into the Hall (of the top 16 career rushers, all but Gore and Adrian Peterson, who’s also still active, are in), Gore will be the eighth Hall of Famer to have had a cup of coffee with the Jets at the end of his career since 1993.

Safety Ronnie Lott played for the Jets in 1993 and ’94 after 10 seasons in San Francisco and two in Oakland, ending his career with Jets.

Receiver Art Monk played for the Jets 1994 after 14 seasons in Washington and played one more season, in Philadelphia, before retiring.

Safety Steve Atwater played for the Jets 1999 after 10 years in Denver, ending his career in New York.

Quarterback Brett Favre played for the Jets in 2008 after 16 seasons in Green Bay, and then played two more in Minnesota before retiring.

Running back LaDanian Tomlinson played for the Jets in 2010 and ‘11 after nine seasons in San Diego and ended his career as a Jet.

Safety Ed Reed played the final seven games of the 2013 season with the Jets after 11 seasons in Baltimore and the first part of the ’13 season in Houston, and his last NFL game was as a Jet.

Defensive end Jason Taylor played for the Jets in 2010 after 12 seasons in Miami and one in Washington, and he finished his career with one more year in Miami before retiring.

All seven of those players have been voted into the Hall of Fame.

Gore, as soon as he’s eligible, will have his own bust there, too.

Asked if he expects Gore to continue playing or hang it up after this season, Gase said: “I said this a long time ago: ‘Never doubt Frank Gore.’ ’’

Chilling Adventures of Sabrina: Every Riverdale Reference in Part 4, Plus the Insane Crossover That's Still to Come
World News