Home » Sport » Inside the night when everything unraveled for Tiger Woods 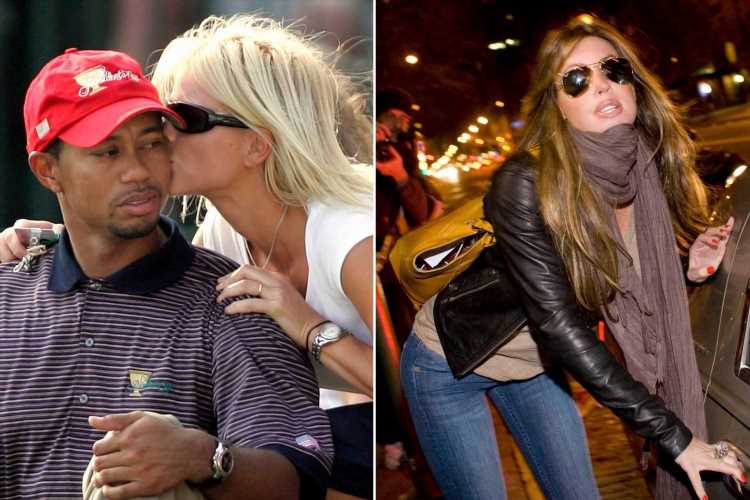 Inside the night when everything unraveled for Tiger Woods

For Tiger Woods, 2009 was both the height of his career — and the year it all went off the rails. He played in 19 tournaments, finishing in the top 10 in 16 of them, winning seven. But he also was addicted to painkillers, sleeping pills — and sex. He was living recklessly, hooking up with porn stars and keeping a regular girlfriend, Rachel Uchitel, secret from his wife, Elin. As recounted in the recent bestselling biography “Tiger Woods,” it all fell apart that Thanksgiving, when the National Enquirer revealed Tiger’s cheating. The emotional fallout, coupled with escalating back pain, would keep Woods in the wilderness for a decade before his spectacular win at the 2019 Masters.

When it became apparent that a platoon of high-priced lawyers were not going to be able to derail the story, Woods and his team started circling the wagons.

It fell to Tiger to convince his wife. He told her the tabloid story was a lie, that there was no affair between him and Rachel Uchitel. But on Monday, November 23, in advance of publication, the Uchitel exposé began circulating on the internet. It contained a quote attributed to her that read like a dagger directed at Elin: “It’s Tiger Woods. I don’t care about his wife! We’re in love.”

Blindsided, Elin didn’t know what to believe. It was the week of Thanksgiving, and their second child, Charlie, had just learned to walk and was starting to say his first words. For Elin, these were monumental milestones of joy. But the suspicions in her mind were making it impossible to focus on anything else. In need of someone to confide in, she called the one person she trusted above all — her identical twin, Josefin. They had been best friends since childhood. Elin knew Josefin would know what to do.

After obtaining a Master of Laws from the London School of Economics and Political Science, Josefin received her law degree in Sweden and joined the American-based firm McGuireWoods LLP. When Elin called her, Josefin was working out of the firm’s London office, where she specialized in mergers and acquisitions. She immediately came to her sister’s aid, providing emotional support and advice.

With the situation worsening, Woods took the extraordinary step of arranging a phone call between Elin and Uchitel, who corroborated Tiger’s account that there had been no sexual relationship between them.

Unconvinced, Elin wanted to see Tiger’s phone. Afraid that she would find out about the other women in his life, Tiger frantically tried to cover his tracks. He left an urgent voice mail with Jaimee Grubbs: “Can you please take your name off your phone? My wife went through my phone and may be calling you. So if you can, please take your name off … [and] just have it as a number on the voice mail. You’ve got to do this for me. Huge. Quickly. All right. Bye.”

The following day, the Enquirer landed on supermarket racks in the Orlando area. It was the day before Thanksgiving, and the “World Exclusive” headline “Tiger Woods Cheating Scandal” splashed across the cover intensified the already dire atmosphere in the Woods home. The tension was amplified by the fact that Tiger’s mother, Kultida, was visiting for the holiday.

Nothing triggered anxiety in Woods like the fear of disappointing his mother, and nothing had ever disappointed Kultida more than family betrayal — first when her parents abandoned her, and then when her husband was repeatedly unfaithful. It was overwhelming to contemplate how she would react to the realization that her son had far eclipsed his father in the infidelity department.

The holiday provided a false appearance of reprieve. The Enquirer story got very little play elsewhere. But Tiger’s cell phone was an explosive electronic record of his illicit affairs. His device had also become another addiction. On Thanksgiving Day, Woods couldn’t resist texting multiple women, including Grubbs. In a short exchange, he wished Grubbs a happy Thanksgiving, and she replied, “u too love.”

At the same time, Elin remained fixated on Tiger’s phone. After he fell into an Ambien-induced sleep on Thanksgiving night, she searched his text history. She found one from him that said: “You are the only one I’ve ever loved.” He had not sent that text to her.

Unsure of the recipient’s identity, Elin sent a text to the person from Tiger’s phone. It read, “I miss you. When are we seeing each other again?”

Before long, a reply came back. While her husband slept, Elin called the mysterious number, and Uchitel picked up. Immediately recognizing her voice, Elin lost it.

Moments later, Elin’s shouting roused Woods from his slumber. Stumbling half-dazed out of bed, he took his phone and retreated to the bathroom.

“She knows,” he texted Uchitel.

But in truth, Woods didn’t fear the woman standing on the other side of the bathroom door. He’d been cheating on her for years with dozens of women, feeding an insatiable appetite for sex that had spiraled into an out-of-control addiction. No — the only woman he had ever truly feared was the one sleeping in a guest room in another part of the mansion: his mother, who was visiting for the holiday.

Now a widow for more than three years, Kultida Woods had endured what was at times a humiliating marriage that included verbal abuse, neglect, and adultery. Tiger worshiped his father, but he hated how he’d broken his mother’s heart. For Tiger’s sake, Kultida never divorced Earl, choosing instead to preserve the family name and dedicate her life to raising her only child to be a champion. Reputation and Tiger: nothing mattered more than those two things to Kultida.

When Tiger was young, his mother had laid down the law: “You will never, ever ruin my reputation as a parent,” she told him, “because I will beat you.”

When he was a boy, the fear of her hand had helped keep Tiger in line.

Now that he was a man, there was nothing more terrifying than the prospect of his mother learning that he had followed in his father’s footsteps.

Looking her in the eye would be brutal.

Wearing nothing but shorts and a T-shirt, Woods emerged from the house into the forty-degree air. Elin reportedly gave chase with a golf club in hand. In an attempt to get away, Tiger hustled into his Cadillac Escalade and sped out of the driveway, immediately crossing over a concrete curb and onto a grass median. Swerving hard to his left, he crossed Deacon Circle, jumped a curb, grazed a row of hedges, swerved back across the road, and collided with a fire hydrant before plowing into a tree in his next-door neighbor’s yard. Swinging the club, Elin shattered the rear driver’s side and rear passenger’s side windows.

Kimberly Harris woke to the knocking sound of a sputtering engine.

Looking out the window, she saw a black SUV at the bottom of her driveway. The front end was crumpled against a tree, and the lone remaining headlight was shining at the house. Worried, she woke her 27-year-old brother, Jarius Adams. “I don’t know who’s outside,” she told him, “but I think you need to go out there and find out what’s happening.”

Adams walked cautiously out the front door, trying to process what he was seeing. Woods was lying flat on his back on the pavement. He was shoeless, unconscious, and bleeding from the mouth. There was broken glass on the driveway and a bent golf club beside the vehicle.

Sniffling, Elin hovered over her husband.

“Tiger,” she whispered, gently shaking his shoulders. “Tiger, are you okay?”

Crouching down, Adams observed that Tiger was asleep, snoring. His lip was cut. His teeth were bloodstained.

“Please help me,” Elin said. “I don’t have a phone with me. Will you call someone?”

Adams ran back inside and yelled to his sister to get blankets and pillows. “Tiger is down,” he told her.

Then he ran back outside and called 911.

Suddenly, Kultida Woods emerged from Tiger’s house and ran toward the scene. “What happened?” she yelled.

“We’re trying to figure that out,” Adams told her. “I’m on the phone with the police right now.”

Tears in her eyes, Kultida turned to Elin. Soon they heard a siren and saw blue lights approaching.