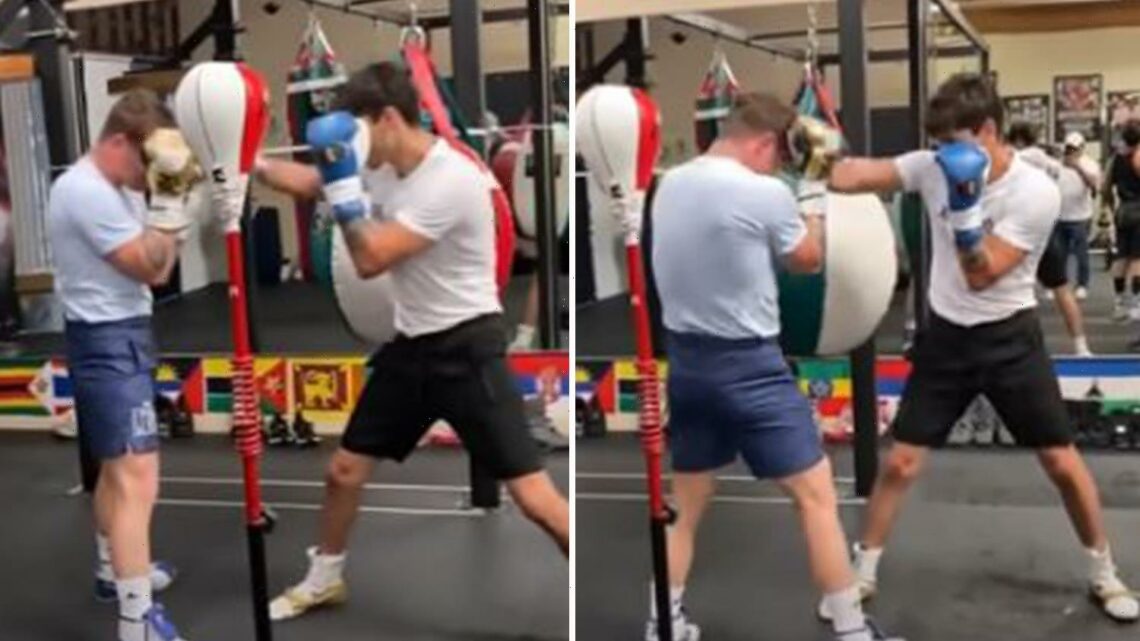 CANELO ALVAREZ is a throwback fighter with old-school training methods and even age-old hobbies.

When work ethic dips around him his own friends and gym mates are not safe – let alone his opponents. 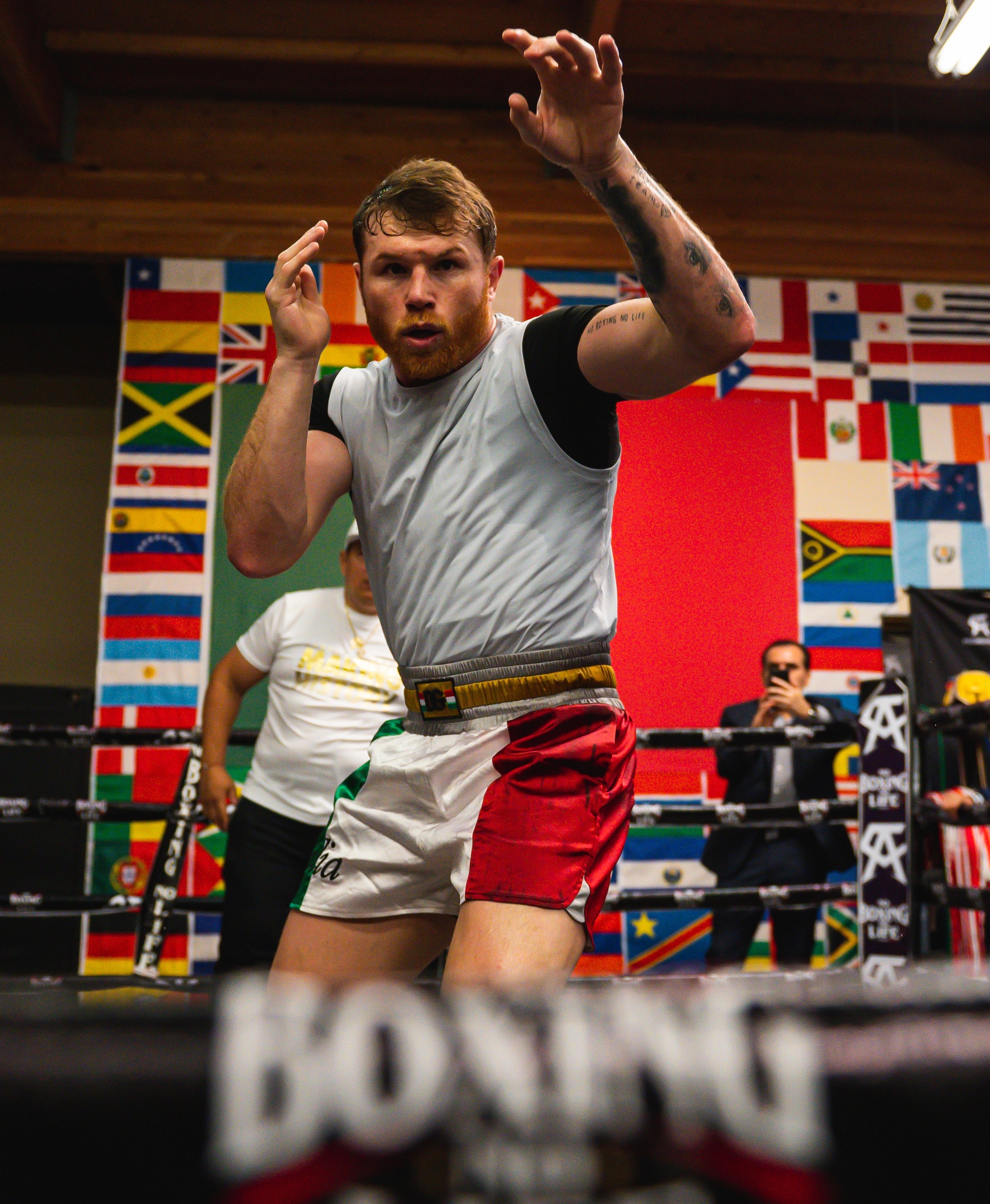 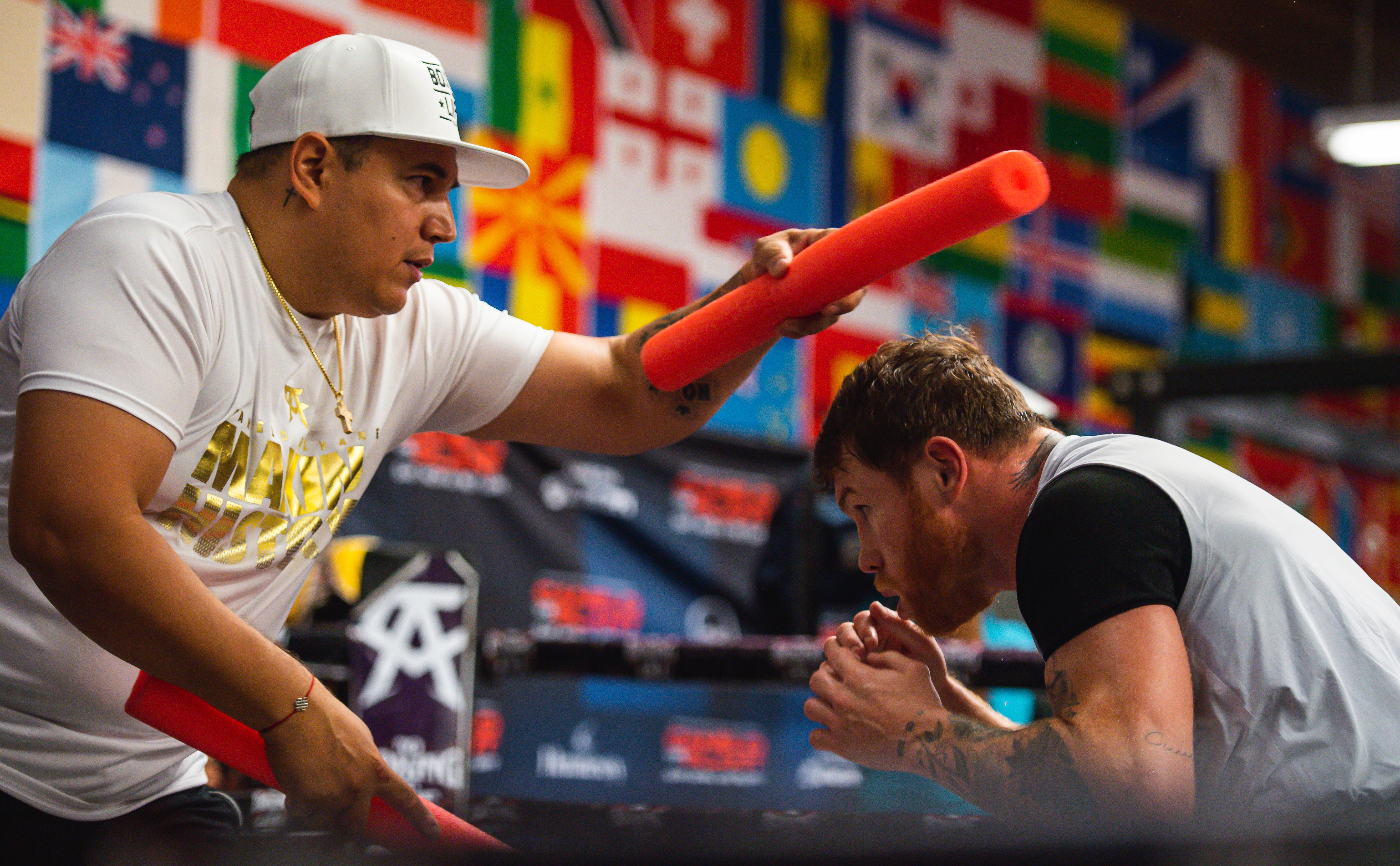 While some of his peers and rivals prefer computerised exercise bikes to early morning runs, tippy-tappy pad combinations over real-life drills and glamorous parties over golf, Canelo is cut from a different cloth.

In the same week Anthony Joshua visited a handful of American gyms – including Canelo’s own – looking for a possible fourth trainer to add to his corner, Eddy Reynoso has been Alvarez’s only mentor since day one.

While most of the sports established and wealthy world champions risk their reputations barely twice a year, the biggest draw in the game has his FIFTH fight inside 12 months on Saturday.

As some of the most exciting young talents in the business – like Devin Haney, Ryan Garcia, Teofimo Lopez and Gervonta Davis – only talk about fighting each other, Canelo jumps between four weight classes to take the biggest challenges and grab the most world title belts he can.

The rise from 15-year-old super-lightweight to light-heavyweight champ and – if he defeats Caleb Plant on Saturday – undisputed super-middle immortality has not been perfect.

There have been controversial decisions, most significantly the first Gennady Golovkin bout that was scored a draw, and a doping ban between those two bouts with the Kazakh KO artist.

But the WBC, WBA and WBO champ’s methods and commitments have gone a long to erasing those memories from the minds of his fans and softening their impact for his few remaining doubters and critics.

In the hurt business that always looks for marginal gains and the latest fad – from vegan diets to Vasiliy Lomachenko and Oleksandr Usyk’s brain training and juggling – Canelo and Reynoso remain stoically loyal to the past.

“I prefer the traditional boxing methods.

“I like lots of repetition, practicing and drilling the basics over and over again.

“We want our fighters to always be improving and learning on their defence and offence.

“There are some good boxers and trainers who use different methods, like the juggling Lomachenko does, I respect those guys.

Too many fighters chase Instagram fame today with unrealistic pad-tapping training clips, employ staff to copy-and-paste motivational quotes across their social media channels and get sucked into their own hype. 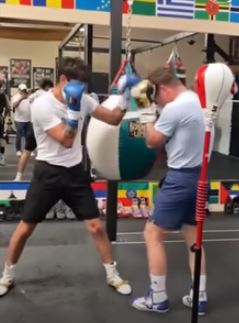 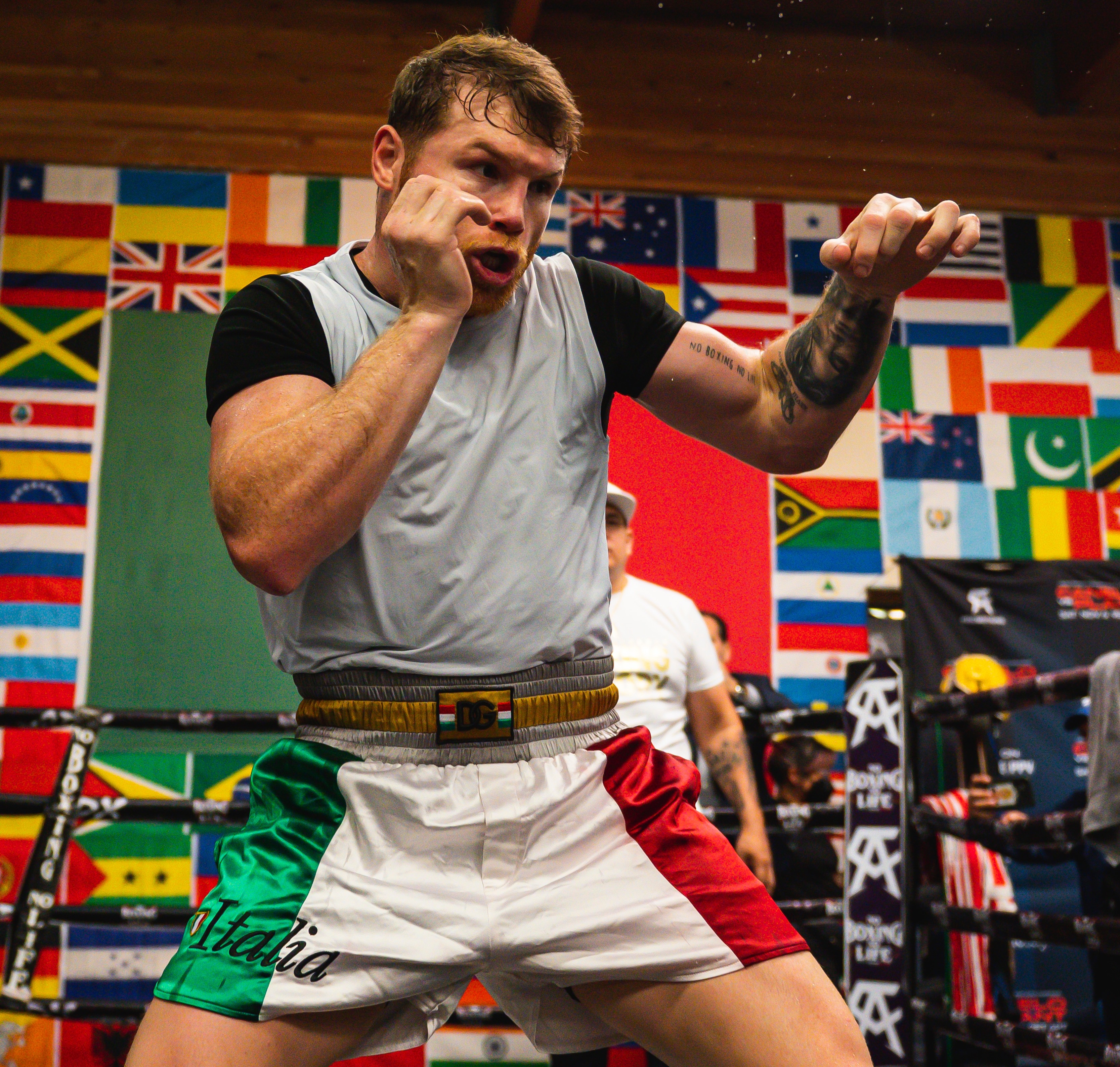 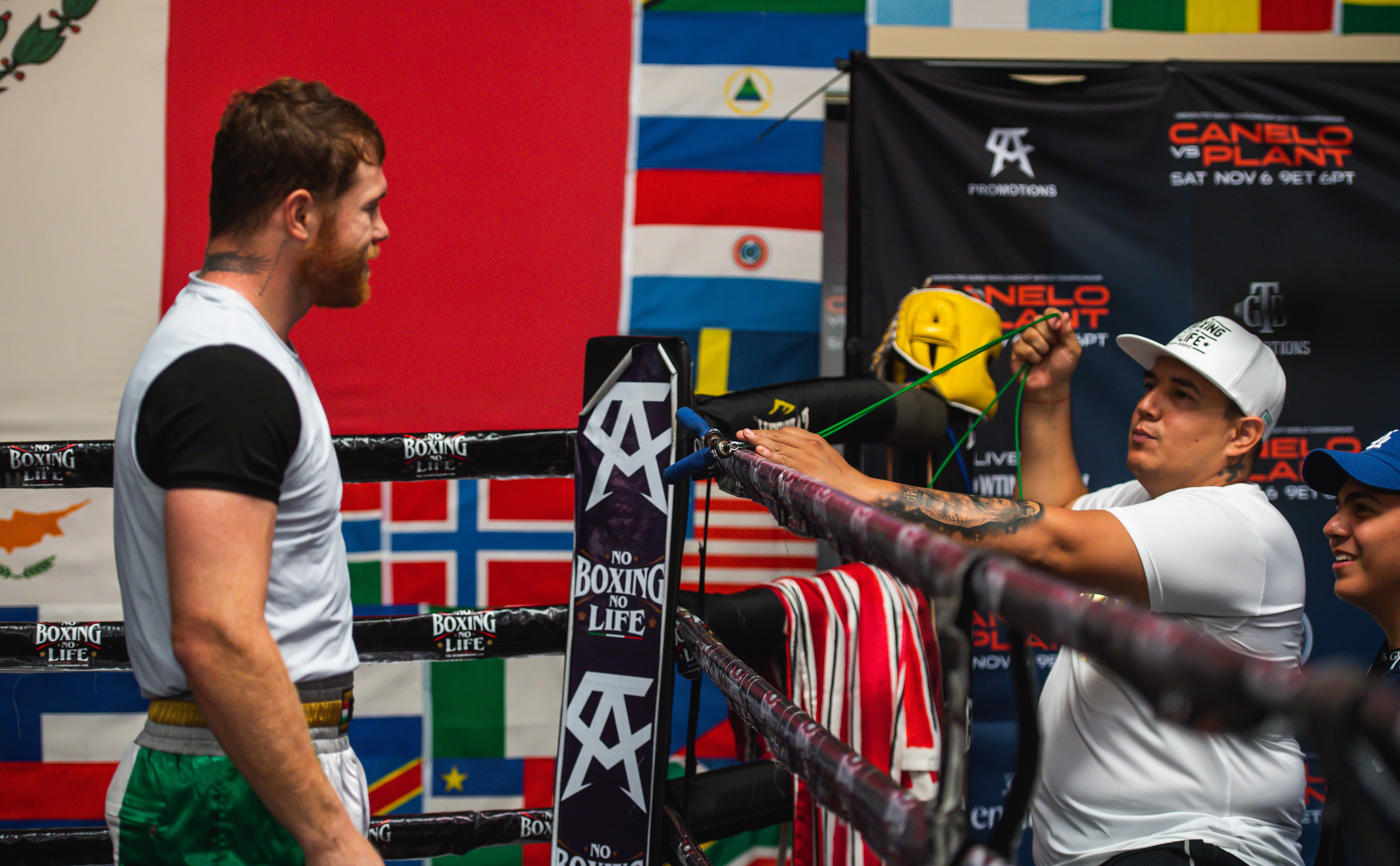 But Canelo, the biggest draw in the game who hands every opponent life-changing millions with every fight, blanks all of those modern-day distractions.

With 23-year-old Garcia, his own gym-mate and friend tipped to be boxing’s new golden boy, Canelo refused to pull his punches when asked recently about the starlet’s inactivity.

The no-nonsense ace said: “Ryan has a lot of talent. But to me, in my eyes, he’s wasting a lot of time and wasting his talent.

“I look at him and don’t see him 100 percent dedicated and, to us, that’s a bad signal.

“We always remind him as a team to come to the gym, to train, and to learn because you need to be in the gym. You’re learning day-by-day, at the very minimum, fighting five times a year.  So definitely, he needs to be a little more dedicated.”

A few days after those comments, the mentor was quizzed on whether he had caused a rift in his own camp.

Perhaps Reynoso would have told him to tow the line or a PR advisor got into his ear and suggested a retraction?

No chance. Workaholic Canelo doubled down on his quotes and reminded Garcia and the rest of the world why he is sitting atop an embarrassment of riches and belts.

“What I said about him wasn’t meant to be negative, it was constructive criticism,” the 56-1-2 star said.

“I want him to take it and use it as motivation to get himself on the right track again.”

“My love is in the gym and I’m always ready to fight. For me, it’s really good. But for other fighters? I don’t know why they don't fight more”.

Inside the gym, where Canelo perfects his head movement by bobbing and weaving out of the way of a heavy swinging punchbag, or repeats the same two-punch combination a hundred times in the hunt for perfection, he craves even more challenges.

The golf nut spends his few spare hours away from his gym and his children honing his drive and putting on the golf course.

Not the flashy Floyd Mayweather life of strip clubs and cash-grabs for dedicated Canelo, he prefers a very different type of green.

“For my mind, something outside of boxing is good. It’s a very active sport and the truth is it helps me a lot in my life.

“It’s a sport that relaxes you, after five hours playing on the course I come home and am relaxed.

“But it’s a very difficult sport and that is why I like it. I am a person who likes challenges.”

IBF champ Plant – a 21-0 Nashville warrior – is the best challenge available at the moment.

But everything from Canelo’s childhood, to his pedigree and now even to his hobby, suggests the perfectionist will hold all four 12st belts by Sunday morning. 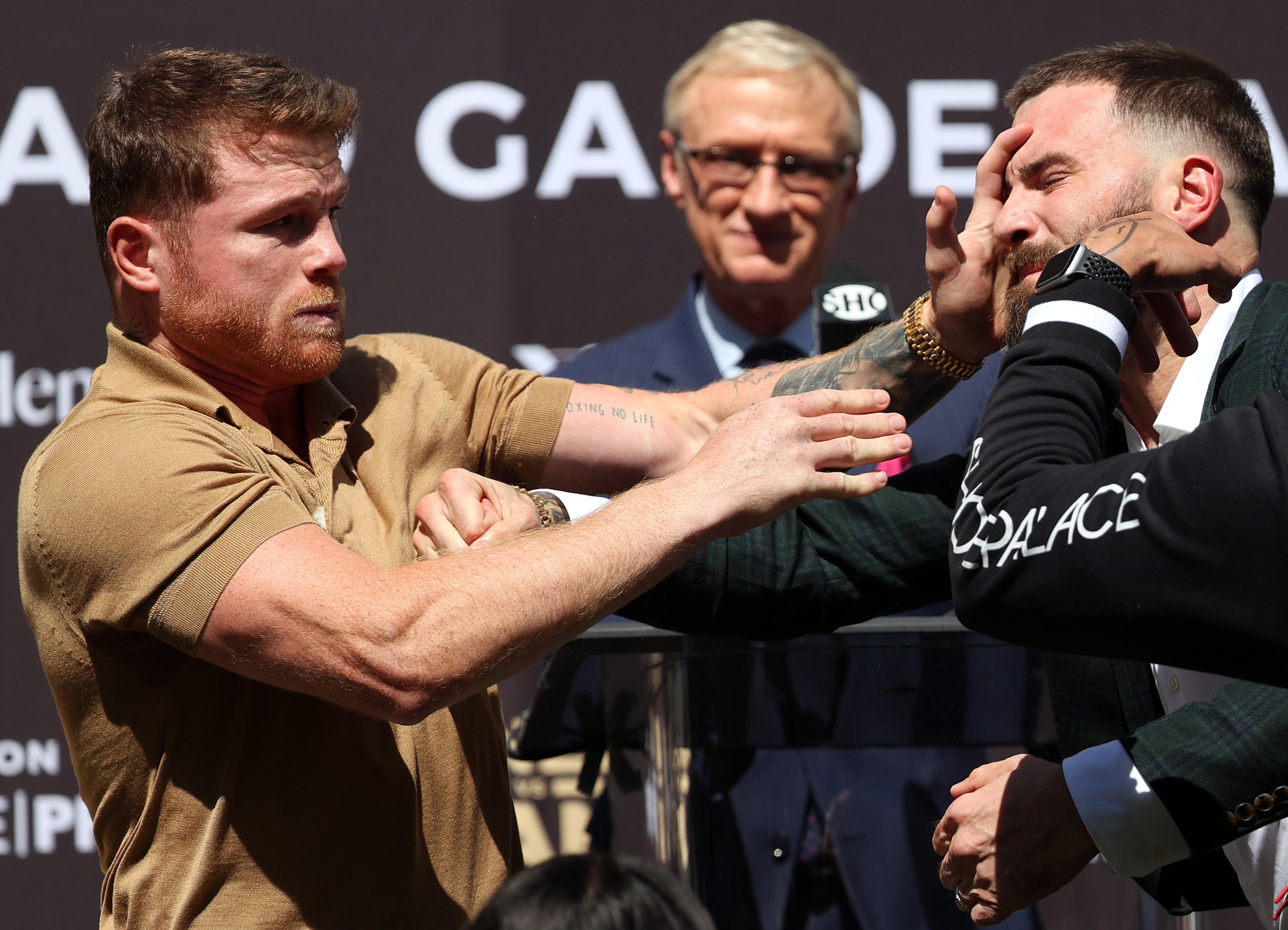