Home » Sport » In the Philippines, Everyone Knows Jordan Clarkson’s Name 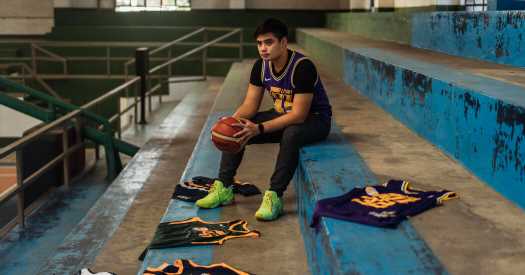 In the Philippines, Everyone Knows Jordan Clarkson’s Name

For the longest time, Paolo del Rosario felt alone. In the Philippines, he was that rare type of basketball fan: He rooted for the Utah Jazz.

He had adopted the team as a young boy in the late 1990s because he loved the two-man game of John Stockton and Karl Malone — and because the rest of his family, like many Filipino families, loved the Los Angeles Lakers, and the Lakers irritated him.

“I guess I just found them too loud,” he said.

Now a Manila-based sports broadcaster, del Rosario, 30, remained on his own in his Jazz fandom for years until suddenly, about halfway through last season, he discovered that he was no longer on his own. The Cleveland Cavaliers had traded Jordan Clarkson to the Jazz, and del Rosario started receiving text messages from friends: “Hey, are you ready? You’re not going to be the only Jazz fan in the Philippines anymore.”

Even as the Jazz have gone about their business of building the best record in the N.B.A. this season, they have struggled to escape the long shadows cast by glitzier rivals. Beloved in Utah, the Jazz do not exactly have a global following.

The one clear exception, though, is their growing presence in the Philippines, a basketball-crazed country where the 28-year-old Clarkson, who identifies as Filipino-American, is a household name. His highlights flood social media. 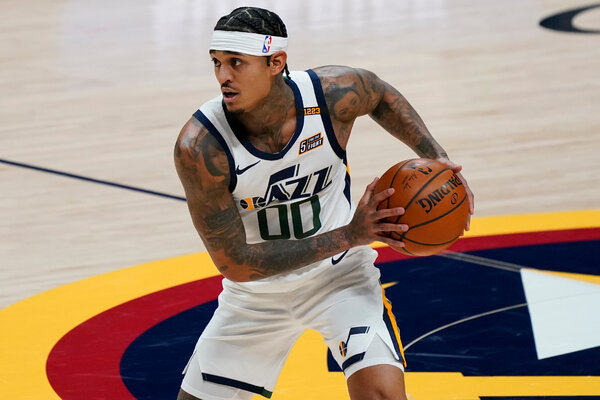 “I’ll say this: If he doesn’t win sixth man of the year, I’m not sure the N.B.A. is ready for the online reaction from this part of the world,” said Nikko Ramos, the editor in chief of the Philippines edition of Slam magazine.

In the Philippines, where, because of the time difference, many people wake up with breakfast and basketball, fans are getting a heaping serving of Clarkson to go with their tapsilog and pandesal.

Fans have spent 45 percent more time on the streaming service watching Jazz games this season than they did last season, according to the league. And on the N.B.A. Philippines Facebook page, Clarkson-related posts outperform all other content by an average of three to four times. A video of his highlight from a win over the Los Angeles Clippers in December has been viewed more than 1.2 million times.

Clarkson clips have become a part of the morning ritual for Gabe Norwood’s three young sons, who have more of a direct connection to the shooting guard than most do: Their father has played with him on the Philippine national team, known as Gilas Pilipinas.

“My kids get ready for school by watching N.B.A. games rather than cartoons,” said Norwood, a longtime small forward for the Rain or Shine Elastopainters, one of 12 teams in the Philippine Basketball Association.

Clarkson, who is having the best season of his seven-year career, averaging more than 17 points per game, said he was acutely aware of his Filipino roots growing up in San Antonio. His maternal grandmother, Marcelina Tullao, made sure of it. She told stories about Pampanga, the province northwest of Manila where she was born, and made traditional dishes like chicken adobo and lumpia.

Those meals helped him feel a connection to the place, one that grew stronger as he got older — and one that eventually led him to develop a friendship with Norwood, who also grew up in the United States but has become a bit of a pied piper for Philippine basketball.

“If there’s a Filipino somewhere playing hoop, Gabe finds them and acts as a big brother to them almost by default,” Ramos said.

Norwood, whose mother’s side of his family is Filipino, played at George Mason, where, as a junior, he came off the bench for the team that reached the Final Four in 2006. The Final Four typically doubles as a coaching convention, and a couple of coaches from the Philippines approached Norwood’s mother one afternoon. Did she have a son playing in the tournament? “Sure enough, she did: No. 5 for George Mason,” Norwood said.

The following summer, Norwood traveled to the Philippines with a sports ministry group called Athletes in Action, and he used the trip to network. After his senior season, he was named to the Philippine national team and signed a contract with Rain or Shine of the P.B.A. “I’ve been here ever since,” said Norwood, who met his wife, Lei, in the Philippines.

In the process, Norwood has become one of the country’s leading basketball evangelists, a staple of the national team since 2007 and an advocate for the sport. As such, he played a role in helping carve Clarkson’s path to Gilas Pilipinas.

Clarkson was still in college when Norwood heard about him from a friend. When Clarkson declared for the N.B.A. draft in 2014 following his junior season at Missouri, Norwood gave him a call and sent him a pair of Nike sneakers that had been a special release in the Philippines, part of the Kobe Bryant signature line. Clarkson said he wound up wearing them in his predraft workouts.

“I just wanted to give him a heads up in terms of the support he has out here,” Norwood said.

At the time, Clarkson was still fairly unknown in the Philippines. Ramos, for example, said he had never even heard of him until Norwood mentioned that there was a prospect of Filipino descent preparing for the draft.

“And I work in basketball,” Ramos said, “so for me not to have heard his name when he was at Mizzou, that sort of tells how much of a new name he was in the country’s consciousness.”

Clarkson became very famous very fast. A lot of that had to do with his joining the Lakers after he was a second-round draft pick in 2014. The Lakers are popular in the Philippines, where many fans still idolize Bryant — a superstar who made at least a half-dozen appearances in the country in his prime.

“So if the intention was to get Jordan as much instant popularity with the Filipinos as possible, that was the dream scenario,” Ramos said.

Clarkson also soon proved that he was a bona fide N.B.A. player, averaging 11.9 points per game as a rookie. The following summer, he made a trip to Manila — and drew crowds wherever he went. He had traveled to the country as part of an N.B.A. Cares initiative with several other players, including Trey Burke and Horace Grant. But it became apparent that Clarkson was the main attraction.

Ramos helped show Clarkson and Burke around. On one of their first nights there, Ramos took them to dine at one of the city’s trendiest clubs, though he had his concerns.

“I remember telling him, ‘Hey, are you sure you want to do this?’” Ramos recalled. “And Jordan was like: ‘I play for the Lakers, and I live in L.A. I’m used to getting some attention. It’ll be fine.’”

It was not fine. As the scene spiraled into something that resembled chaos, Ramos grabbed a towel to throw over Clarkson’s head — an ineffective disguise — and ushered him out of the building through a back door.

“We couldn’t walk 10 steps,” Ramos said. “Everyone knew he was in the country.”

They eventually made it to a late-night pizza spot, where the people waiting to order also recognized Clarkson. When they insisted that he jump to the front of the line, he bought slices for everyone.

“I just remember how much love everybody was showing me,” Clarkson said. “I didn’t know that people even knew I was Filipino.”

The country’s adoration for Clarkson, who has a Philippine passport, went to another level when he competed for Gilas Pilipinas at the 2018 Asian Games, and nearly led the team to an upset over China in group play. His grandmother would watch the games and cry.

“For Filipino fans to actually see him play for our national team, it was almost surreal,” said del Rosario, the broadcaster and longtime Jazz fan.

Clarkson plans to return to Gilas Pilipinas in 2023, he said, when the team takes part in Olympic qualifying competitions, including the World Cup, which the Philippines is co-hosting. FIBA, the sport’s international organizing body, allows one naturalized player per team, though Clarkson said he was hopeful that FIBA would consider him a local player ahead of the next Olympic cycle. “I think that’s the big thing that’s being figured out right now,” he said.

For its part, FIBA has maintained that Clarkson is only eligible to compete for the Philippines as a naturalized player.

In any case, Clarkson has learned just how much Filipinos care. In the N.B.A. last season, players had the option of putting league-approved messages on their jerseys, and international players could display them in their native languages. Clarkson chose the word “Peace,” which caused a small uproar in the Philippines because he had not used the Filipino word for peace, “Kapayapaan.” It became such a hot topic that his father, Mike, went on Instagram to assure everyone that his son “continues to represent his Filipino roots with pride,” adding a string of hearts for good measure. Clarkson said it had not even occurred to him that using the Filipino word was an option.

“I guess it was a little controversial,” he said.

Some industrious entrepreneurs around Manila took matters into their own hands by manufacturing bootleg Clarkson jerseys with “Kapayapaan” on the back. It proved to be a popular item. Del Rosario managed to get ahold of one. He was not alone.