Home » Sport » In the Eastern Conference, It’s the Upstart vs. the Mainstay 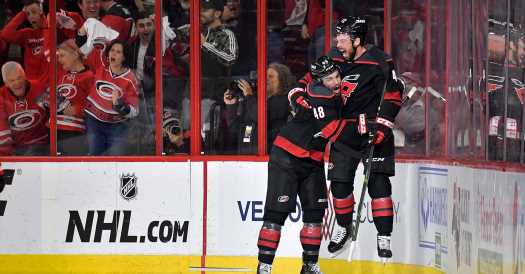 In the Eastern Conference, It’s the Upstart vs. the Mainstay

In a postseason replete with memorable upsets and thrilling Game 7s, the N.H.L.’s Eastern Conference finals feature a prominent upstart, the Carolina Hurricanes, against a consistent contender, the Boston Bruins. Game 1 is Thursday night in Boston.

The Hurricanes franchise, which moved from Hartford to Raleigh in 1997, had not made the playoffs since 2009, and that lack of success in a young hockey market placed the team in a precarious state. But new blood in all key positions in the organization — owner, general manager, coaching staff and team captain — reinvigorated Carolina, which won the Stanley Cup in 2006 and were finalists in 2002. The Hurricanes’ affable approach toward their fans has been reciprocated during these playoffs in which they have gone 5-0 at home.

Boston has missed the playoffs only twice since 2007-8, a span that included a berth in the Stanley Cup finals in 2013 and a championship in 2011. 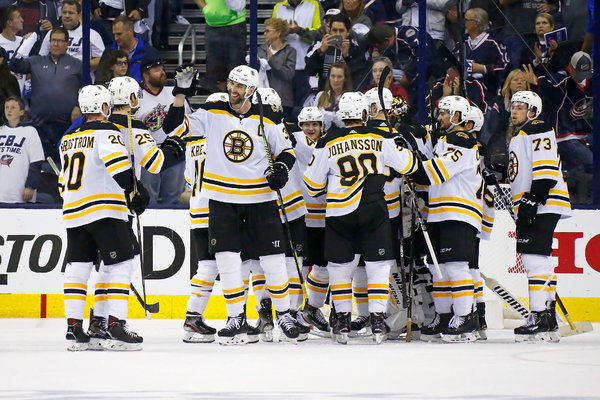 How They Got Here

The Hurricanes ousted the defending champion Washington Capitals in Round 1, capping a first round in which all four division winners were defeated for the first time in league history. Carolina knocked out Washington in double overtime of Game 7. Awaiting the Hurricanes were the Islanders, who had swept the Pittsburgh Penguins. Carolina proceeded to sweep the Islanders, despite sustaining the losses in Game 2 of goalie Petr Mrazek to a groin injury and defenseman Trevor van Riemsdyk to a shoulder injury.

The Bruins continued to torment the Toronto Maple Leafs in Round 1. After trailing the series three games to two, Boston won Games 6 and 7 by an aggregate score of 9-3, thanks to a roster that steadily became healthier. Next the Bruins faced Columbus, which was fresh off a sweep of the Presidents’ Trophy-winning Tampa Bay Lightning. The Bruins once again gathered steam as the series progressed, winning Games 4, 5 and 6 by a combined score of 11-4 after having trailed in the series, two games to one.

Carolina at a Glance

The Hurricanes were hardly a chic pick to get this far coming into the season or even at the midway point. They were widely considered a team heavy on defense and puck possession but light on finishing ability and goaltending.

Yet they developed depth and camaraderie throughout the season. The Finnish forwards Teuvo Teravainen, who like van Riemsdyk won a Cup with Chicago in 2015, and Sebastian Aho, an All-Star, have spearheaded their attack. Nino Niederreiter provided a midseason boost while Justin Williams, the team captain and a three-time Cup winner, had his most productive season since 2012. Center Jordan Staal, a Cup winner with Pittsburgh, has brought his game up multiple levels in these playoffs. The combination on defense of Justin Faulk, Brett Pesce, Jaccob Slavin and Dougie Hamilton have ensured opponents must compete hard on every shift.

In goal, the Hurricanes have gotten outstanding play from a pair of castoffs. Mrazek, 27, was on the margins of not one but two of the league’s least effective goalie groups last season, having been traded from Detroit to Philadelphia. Curtis McElhinney, 35, was waived by Toronto to start the season. He has now played for seven different franchises, and he earned the first three playoff victories of his career in Round 2 against the Islanders. It appears that Mrazek has recovered, but Coach Rod Brind’Amour has not said which goalie will start Game 1 against Boston.

Boston at a Glance

Boston has been overshadowed frequently by the Lightning, who dominated the East during the regular season. But the Bruins have no shortage of depth, potency and clutch performances.

They have five 2011 champions still on the roster: defenseman Zdeno Chara, left wing Brad Marchand, center Patrice Bergeron, center David Krejci and goalie Tuukka Rask, who was the backup then. Rask has settled in after some regular-season turbulence and he out-dueled the searing hot Sergei Bobrovsky in Round 2. Chara, who at 42 is the oldest player in the postseason, leads a defense that also features the 20-somethings Charlie McAvoy and Torey Krug. McAvoy will be suspended for Game 1 for an illegal check to the head of Columbus forward Josh Anderson.

The Bruins have perhaps the most explosive line in the East, with the two-way standout Bergeron, the leading scorer Marchand and David Pastrnak. They have provided a consistent threat and timely scoring, as has Krejci, who led the postseason in scoring in 2011 and 2013. Wing Charlie Coyle, a trade deadline acquisition, has further solidified Boston offensively. Boston’s 40 postseason goals top the East; they have the best power-play unit in the playoffs. 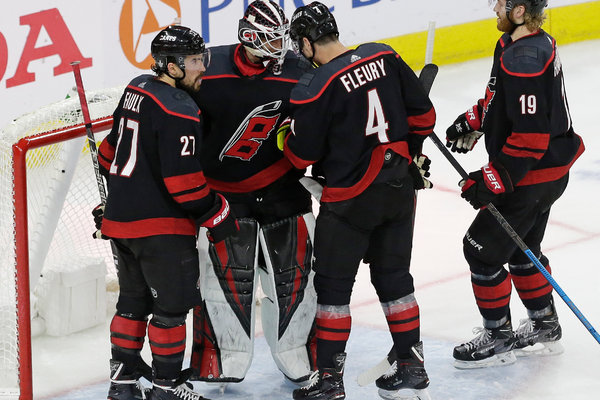