Home » Sport » In Texas Towns Gutted by Covid-19, a Fragile Effort to Sustain a Cherished Sport 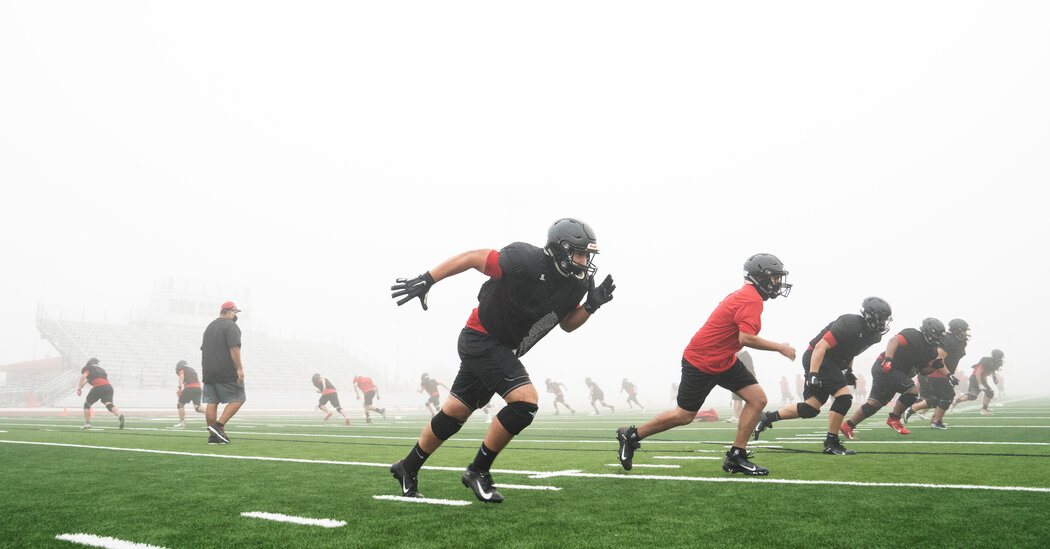 In Texas Towns Gutted by Covid-19, a Fragile Effort to Sustain a Cherished Sport

The text message seemed full of relief as much as hope.

It was sent Oct. 13 by Ernesto Lerma, a 78-year-old assistant coach for the Palmview High School football team in the Rio Grande Valley, where the southern tip of Texas forms the toe of a cowboy boot along the border with Mexico.

This was what everyone had feared as the fall sports season approached.

The coronavirus pandemic had ravaged the valley in summer. In July, ambulances lined up in a grim parade, waiting to drop patients at emergency rooms. Some funeral homes ordered refrigerated trucks to store bodies.

During such a crisis, Palmview High School’s fragile effort to hold a football season might seem inconsequential. But the game is perhaps more urgent and galvanizing in Texas than anywhere else. As towns along or near the Rio Grande — like La Joya, Palmview, Mission, Progreso, Weslaco, Rio Hondo — have shut off their Friday night lights, or left them flickering in uncertainty, there has been a sense of cultural casualty.

In late August, the school district that includes Palmview High, La Joya High and Juarez-Lincoln High decided to cancel fall sports. But some parents and athletes protested, and in late September officials reconsidered. In the end, though, only Palmview decided to proceed with football — and only with severe limitations and precautions.

Margarito Requénez, 44, the head coach, insisted that every player and coach be screened weekly for the virus. If anyone was infected, the season would be shut down to keep the spread from getting out of hand.

“I don’t want that on my conscience,” he said. 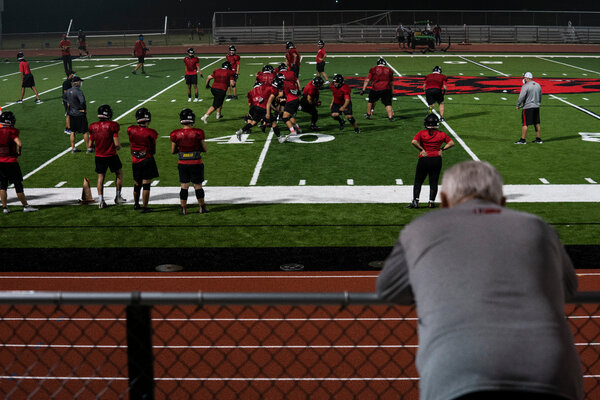 Accommodations were made for Lerma, who as a septuagenarian would be especially vulnerable to effects of the virus. He coached the offensive line from the bleachers as Palmview opened practice, wearing a mask and gloves and spraying his whistle with disinfectant. For games, he planned to coach from the running track surrounding the field.

“We have to be very cautious,” Lerma said. “This is a deadly disease.”

Palmview hoped to play an abbreviated season, beginning Oct. 30. But 16 days before kickoff, a starting tackle had tested positive and was awaiting the results of a retest. So was one other player. Palmview’s four scheduled games seemed in jeopardy.

The valley’s fields are rich with cotton and grapefruit and oranges, but its predominantly Latino population is among the poorest in Texas and among the most susceptible to the worst effects of the virus.