Home » Sport » ‘I have a different story to most guys out here’: Tony Finau’s remarkable road to Augusta 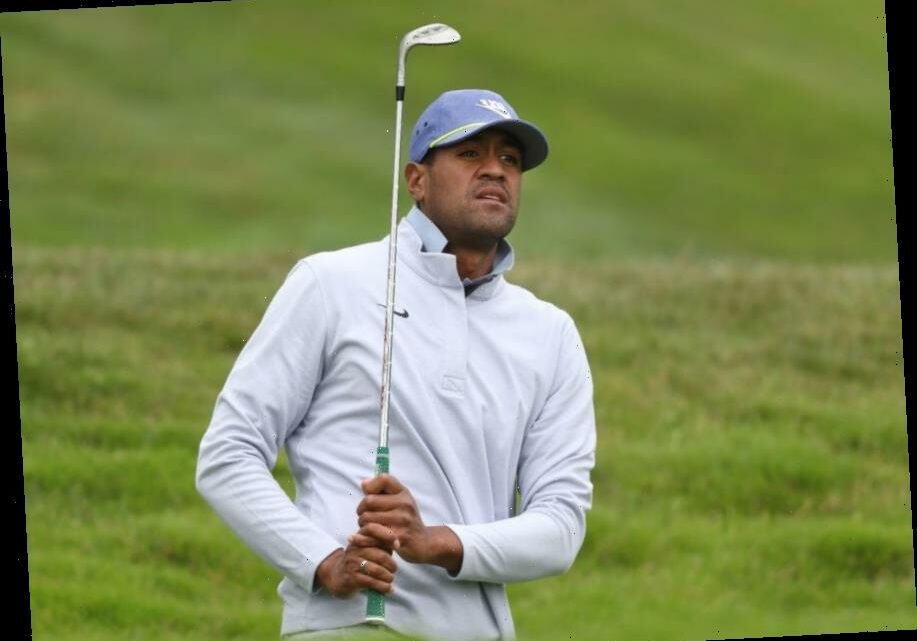 ‘I have a different story to most guys out here’: Tony Finau’s remarkable road to Augusta 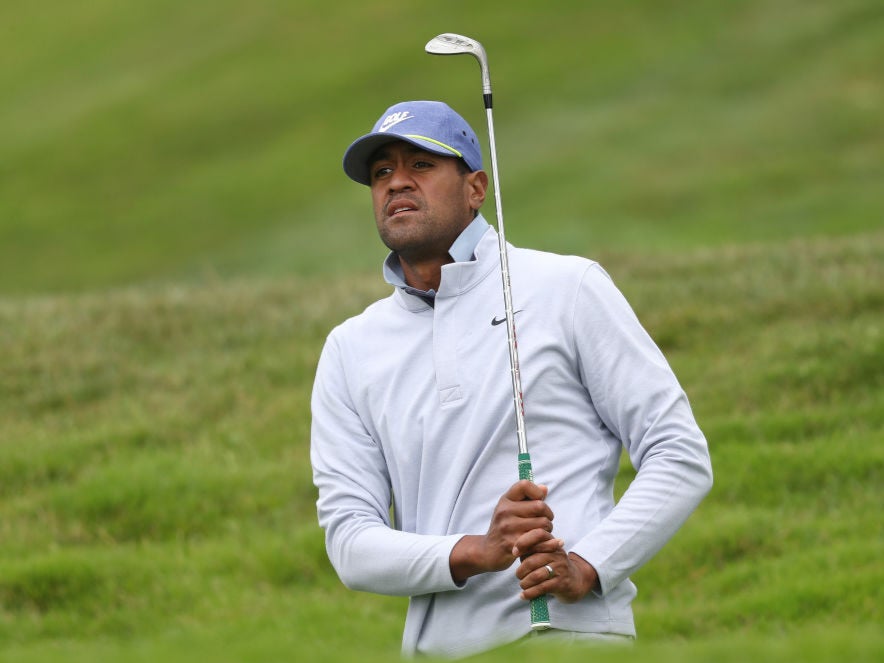 “Sometimes, I’d ask for a bathroom break just to put hot water on my hands because they were so freezing,” he says. “There were a lot of blisters, a lot of rain and cold times in that garage. My dad taught us hard work and no excuses when it comes to sports. I didn’t know any better. I didn’t even realise kids my age were practising in sunshine and hitting off grass.”

The hustle, pain and sacrifice prepared Finau for the strange reality of junior events. To raise money to travel across the US, his mother hosted luaus, where Finau would perform a traditional Polynesian-Samoan dance, juggling fire and knives, the heat and steel grazing his arms. His competitors arrived in sheeny 4x4s, wearing branded clothes and pristine shoes; the products of a totally foreign environment.

“I definitely felt like an outsider,” he says. “We couldn’t afford to buy clothes. Their parents had cars, the right clubs in their bag, the balls to play with. They were luxuries I never had. But once I was on the golf course, any kind of malice or anger I had, I used that as my competitive edge to compete to prove people wrong. I used that energy in a positive way, to show people it didn’t matter where I was from, how I looked or how much money I had. You’re not going to beat me, no matter what. That’s the attitude I had to have growing up or else I was going to get eaten alive.” 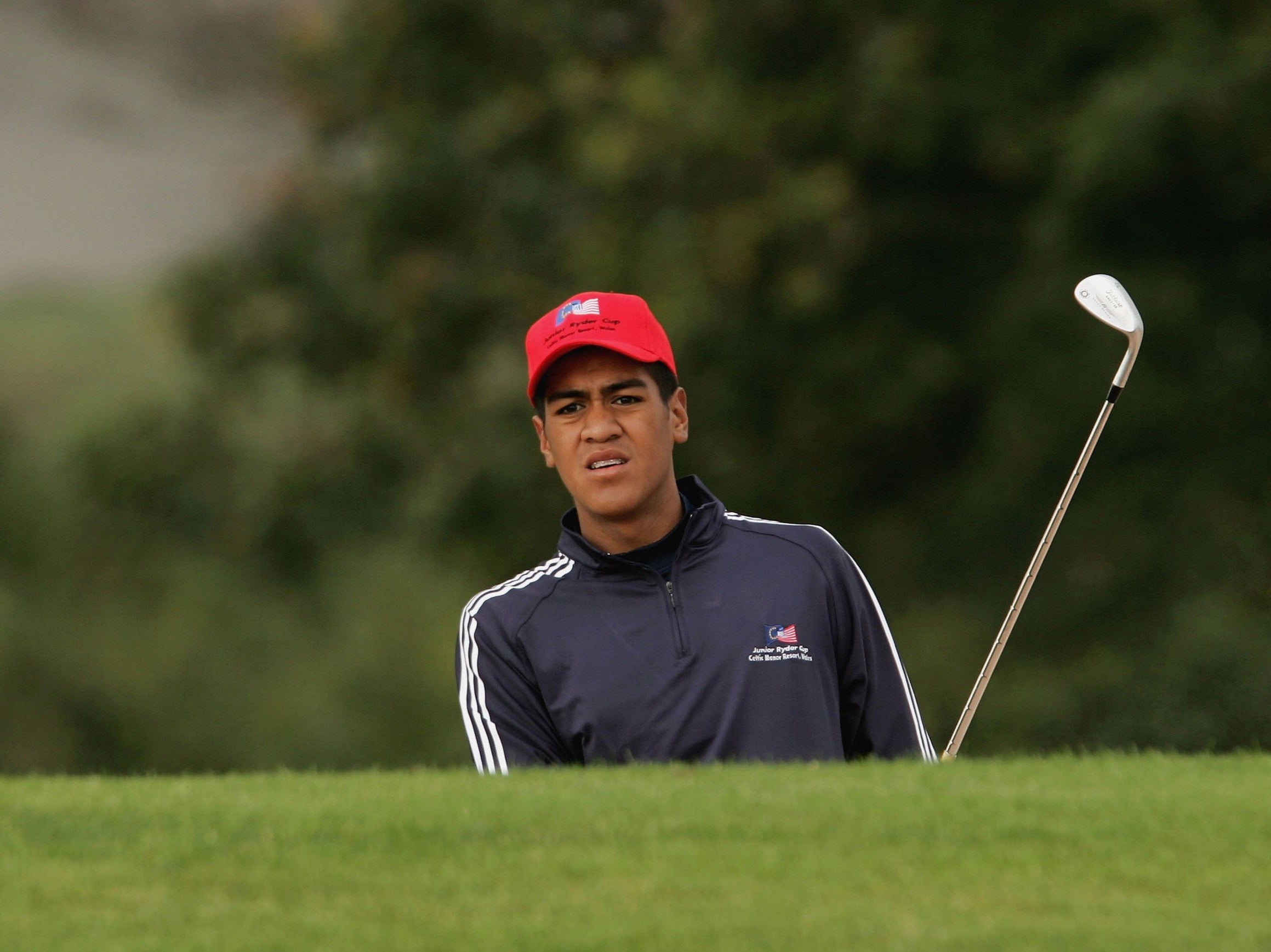 At 17, Finau rejected college scholarships – and a possible career in basketball – and turned professional. A local businessman in Utah fronted a $50,000 dollar entry fee for a one-off event in Las Vegas, with a $2m winner’s prize. Finau made it into the final round, doubled the investment, earned a sponsorship deal with Callaway and repaid his benefactor. A few weeks later, he returned to that same hotel in Milwaukee after competing in his first PGA Tour event. “It was my first pay check,” Finau says. “We drove back there and I gave it to my mum.”

In that moment, Finau justified and exorcised the toils of his childhood. There were times, though, when it did almost swallow him up. For five successive years, Finau fell short of earning his Tour card and, in 2011, his mother passed away in a tragic car accident, aged 47. A stomach ulcer, induced by stress, caused him to be hospitalised shortly afterwards and he was left unable to walk for five weeks.

Finau still cherishes their memory in Milwaukee so deeply. Ravena might not have been there to see him “make it” as one of the world’s best players, but every one of his victories are inspired and fought in her memory. “I have a different story to most guys out here,” he says. “It made me tough.”

At Augusta, certainly, toughness is the abiding memory of Finau, who famously dislocated his ankle while celebrating a hole-in-one in Wednesday’s traditional par-3 tournament in 2018, went to hospital for an MRI scan, and returned the following morning against medical advice. It was his first ever round at the Masters, he bit through the excruciating pain, and stormed into contention with a four-under-par 68. “As soon as I’m on the grounds, I’m reminded by it,” he laughs. “I can’t not think about it because everyone is yelling at me.”

He is amongst the favourites this week, having finished fifth and tenth in his only two appearances, despite a forced absence after suffering from coronavirus in these past weeks. “There are three components to playing Augusta very well: driving, chipping and putting,” he says. “Those are the strong suits in my game and I’ve been able to showcase that. There’s the excitement as well, there’s no shortage of energy. My senses are heightened at Augusta. It’s the biggest tournament in the world, the crowning major, the one I always dreamed of playing in.”

It is the golf course where Finau always dreamed of winning his first major, its every corned laced with nostalgia, the links back to home; where he first discovered golf and Woods through a television, and then later fought tooth and nail against his idol. It will always be the destination, through triumph or tragedy, that brought his family’s long drive from Salt Lake City to a crescendo. It has been one of golf’s most remarkable and arduous roads. “But I wouldn’t have it any other way,” he says.

I’m A Celebrity’s Jessica Plummer will miss daughter, 4, ‘more than anything’