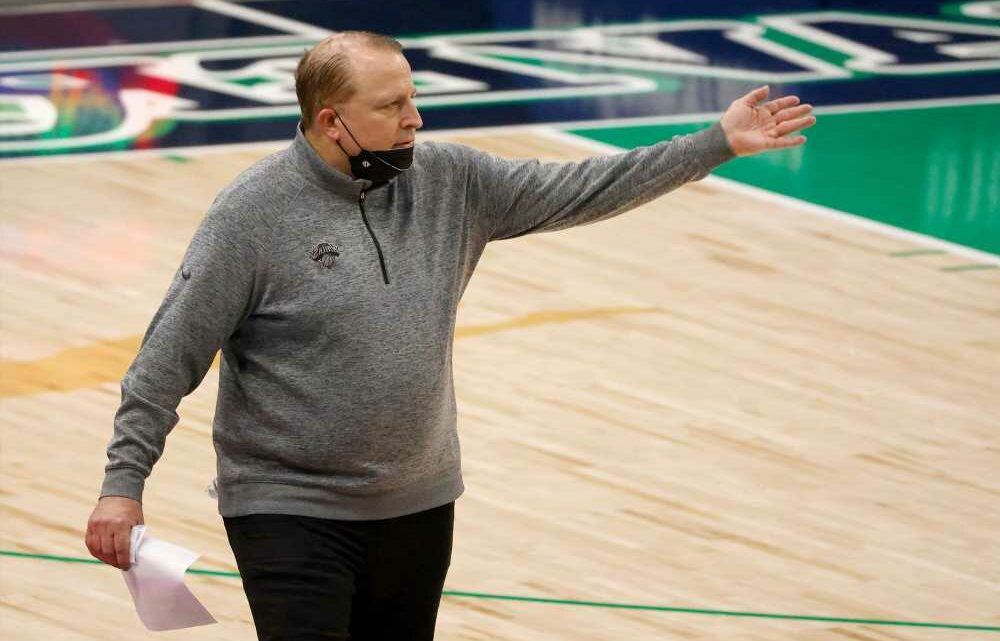 How Tom Thibodeau turned into perfect man to revive Knicks

Post experts on how Knicks, Nets first series will play out

Breaking down matchups in Knicks-Hawks series

You may remember the 10 runners-up vaguely now — nearly 10 months later.

It seems incredible, all this time later, that there was so much hand-wringing over the hiring of Tom Thibodeau. But the Knicks had the luxury of time.

Twenty-two teams were in the NBA bubble for the league’s restart last summer. The only other team searching for a coach was the Bulls, whose own stint with Thibodeau had ended bitterly in 2015.

“They had incredible leverage,’’ one NBA source familiar with the situation said of the Knicks.

Thibodeau’s reputation had been knocked about so badly during his tenure (2016-19) in Minnesota, where he failed to connect with some of his young players, that this was not an open-and-shut case. No matter what might be claimed now.

“Leon always wanted Tom,’’ the NBA source said. “Everyone else wanted to go through the process. The character assassination on Tom after Minnesota snowballed. It was starting to become conventional wisdom around the league. And a lot of time, conventional wisdom in the NBA is wrong.”

The Knicks hired Thibodeau on July 30, and the rest has become magical history. Thibodeau has led the Knicks to their first playoff berth in eight years — winning the Eastern Conference’s fourth seed and home-court advantage in the first round with a 41-31 record.

They start Sunday against the Hawks with Thibodeau a finalist for Coach of the Year.

But the initial reaction to the hire was mixed.

Shannon Sharpe, an FS1 sports commentator, went on a salty rant, believing the Knicks blew it by not hiring Woodson and not granting interviews to Mark Jackson or Tyronn Lue.

“This is a bad hire — bad, uninspired, recycled hire,’’ Sharpe said. “He was a defensive guru in Minnesota and they finished 27th, 15th, 17th in defensive rating. I want to know how many more jobs he’s going to get before Mark Jackson gets an interview. He’s had more jobs than Mark has had interviews. What about Ty Lue. What about Mike Woodson? The last time the Knicks made the playoffs, [Woodson] was the head coach. They keep hiring these guys over and over. Oh ‘Thibs, Thibs.’ It’s Thibodeau, but he goes by ‘Thibs.’ ”

Sharpe wasn’t finished with his hatchet.

“He might be better situated — you see it a lot in the NFL with defensive coordinators, offensive coordinators. They’re great. But when they become head coaches, not so much. Maybe he’s better suited as an assistant sitting next to Doc Rivers.’’

As consolation, Woodson was brought on to be part of Thibodeau’s coaching staff before leaving in late March to take the head-coaching job at his alma mater, Indiana.

Contacted this week, Woodson reflected on the seven-week search.

“You got Leon, who’s never been in that position and Wes, who’s never been in that position,’’ Woodson told The Post. “The only one with tenure was Scott Perry. I just think they were trying to do the right thing in terms of making sure to have an opportunity to talk to anyone and everybody. And then make their decision based on that. Sometimes it’s two weeks, three guys and you get your guy. This took forever. It really did.’’

Though Wesley worked closely with Thibodeau in Chicago as a CAA consultant, they had grown apart after Thibodeau went to Minnesota. Sources believe Wesley and Perry each wanted to broaden the search. Some insiders thought they preferred Kidd.

Even when they hired Thibodeau, Wesley, sources said, was behind Thibodeau adding three assistants he had never met — Kenny Payne, the Kentucky assistant; Johnnie Bryant of Utah; and Woodson.

And the trio were mandated to sit in the front row of the bench while Thibodeau’s guys — Andy Greer, Dice Yoshimoto and Darren Erman — got the second row.

“The thinking was they hired them to protect Tom from himself,’’ the NBA source said.

Whatever the motivation, Rose, Wesley and Perry hit the jackpot, even signing Thibodeau to a relatively modest five-year, $26 million pact.

At his introductory Zoom presser, Thibodeau talked up his Connecticut background, his Knicks ties and the fact it was his “dream job.’’ But sources said Thibodeau, too, worried about the strength of the roster and his input in personnel matters.

The 76ers, Rockets, and Nets jobs all figured to open up later on. Nobody foresaw so many openings, with the Clippers, Pacers and Thunder jobs vacating. The Knicks got lucky.

When Thibodeau decided not to wait and accept the Knicks deal, he did it because of his full trust in Rose.

“The progress will dictate the course,’’ the NBA source said. “He was hoping if they had early success, he’d have more say. And he did.’’

If the Knicks hadn’t gotten off to a sound start, it’s hard to imagine Thibodeau would have been able to convince Wesley to trade for veteran Derrick Rose or to bring back Taj Gibson after starting the season without him.

Jalen Rose, speaking with The Post during the search, touted Kidd, who had the best interview. Miller became a strong candidate, too, sources said, as a one-year stopgap. Atkinson had some front-office fans as a developmental guy.

“I felt like it was safe,’’ Jalen Rose says now. “They didn’t necessarily take a chance on a new candidate. These were all reclamation projects that he did a really good job, of creating a culture, an identity of defense first.’’

It was a safe hire. And a spectacular one.