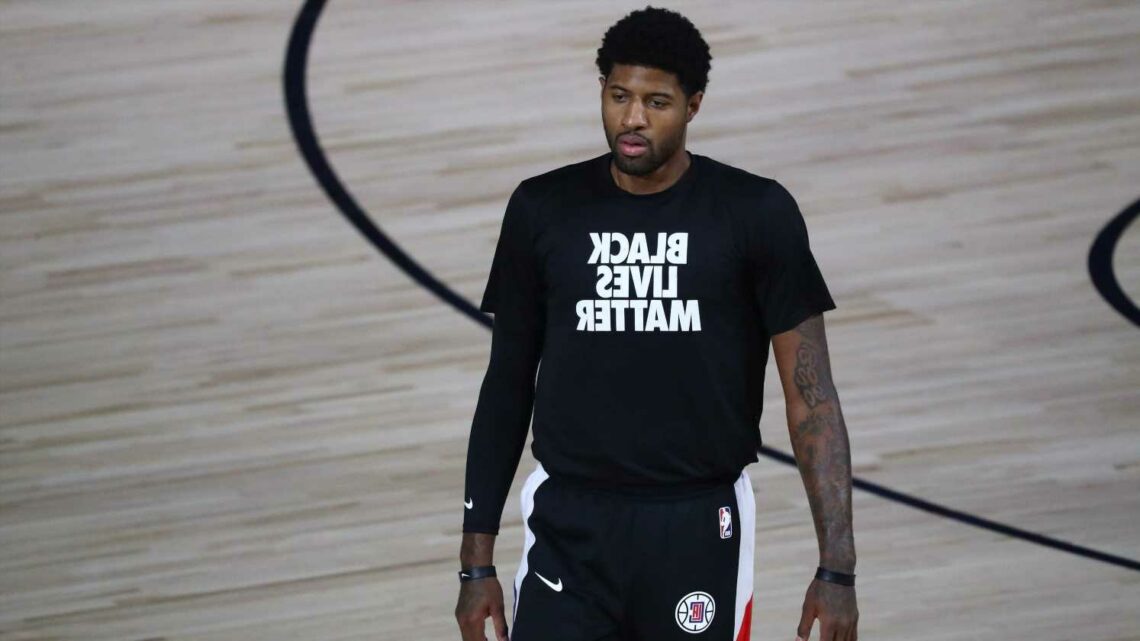 Even if he never experienced the extended social isolation and monotonous schedule in the NBA campus bubble near Orlando, Cleveland Cavaliers forward Kevin Love quickly became aware of the challenges other NBA players faced there.

The reason? Love became a frequent confidant after speaking out in recent years on his personal journey with mental health.

“‘I had a number of players in the bubble reach out to me and say, ‘I’m feeling helpless and hopeless that I can’t take care of myself, a family member or a friend,” Love told USA TODAY Sports. “I had a better feel for it.”

Love did not participate in the bubble because the Cavaliers were among the eight ineligible teams that were bound for the NBA draft lottery. So, Love hoped his frequent phone calls with other players could at least help them navigate their bubble hardships during a global pandemic and racial unrest.

“You can talk about the protocols, and you can have Zoom calls until you’re red in the face,” Love said. “But until you actually go through it, you don’t know what to expect.”

Some coaches and players painted a clear picture on how the mental toll of this season compared to life in the NBA bubble.

Clearly, no one misses spending up to three months on the Disney campus.

“Being in the bubble kind of felt like prison,” Los Angeles Lakers forward Kyle Kuzma said. “You couldn’t leave. We only ate about three or four of the same meals every single day for three months, and we didn’t see family. So that was really tough.”

Clearly, everyone savors the relatively expanded freedoms allowed during this season.

“This year has been easier because I have outlets,” L.A. Clippers forward Paul George said. “I’m able to live a normal life. I can go home. I can see my family, spend time with my family and interact with people outside of this team. That alone has been a big difference to be back to some normalcy.”

“Half the players didn’t want to be there. The bubble almost depended on the teams that committed to being there and teams that didn’t. I had a team that obviously was not happy with being in the bubble.”

Philadelphia 76ers coach Doc Rivers said “the bubble was 1,000 times worse” compared to this season for reasons beyond coaching a Clippers team that squandered a 3-1 series lead to the Denver Nuggets.

“Half the players didn’t want to be there,” Rivers said. “The bubble almost depended on the teams that committed to being there and teams that didn’t. I had a team that obviously was not happy with being in the bubble.”

They began the season playing in empty arenas, taking daily COVID-19 tests and following strict protocols. Though players and coaches could return home and spend time with family in between practices and games, they could not attend large indoor or outdoor gatherings. Some of those restrictions have loosened once players became eligible to receive the vaccine in April. But players have still experienced burnout, while often playing games every other day.

“That has been tough on sleep,” Love said. “That potentially has long-term effects on your body that can be bad. It might have even led to some of the injuries that have taken place, and some people getting sick.”

The NBA and the National Basketball Players Association still agreed to begin the 2020-21 season on Dec. 22 partly to maximize the league’s television contracts that include a slate of Christmas Day games and to become ready to welcome fans back into arenas whenever health protocols allowed it.

Coaches and players have never recharged from the NBA bubble. That affected the Lakers, Denver Nuggets, Miami Heat and Boston Celtics the most considering they all appeared in last year’s Conference Finals.

After starting the season only 71 days after winning an NBA title, Lakers star LeBron James described this season as “mentally, physically, spiritually and emotionally draining.” The Nuggets are the lone team from last year’s conference finals to advance to the second round, while the Lakers, Heat and Celtics all lost in the first.

“If we weren’t a team that was down in the bubble for 83 days or not at all, this season would still be challenging. But not as much as it has been for us,” Nuggets coach Michael Malone said. “The covid testing protocols have definitely worn thin on everybody. That’s why I think it’s remarkable we’ve had the season we’ve had.”

The importance of mental health

Just like in the bubble, NBA teams have dealt with varying emotions for reasons beyond dealing with fatigue and monotony in a compressed schedule.

The season coincided with pivotal moments in history, including the Capitol riots, the Derek Chauvin trial for the killing of George Floyd and stalled efforts on police reform legislation. Unlike during the NBA bubble, players, coaches and staff members have become vulnerable to COVID-19.

Because of these serious issues, the NBA, NBPA and all 30 teams have preached the importance of mental health and wellness.

“They have grown richer — spiritually and mentally. But I think it has taken a strain and a toll on a few,” Dr. William Parham, the NBPA’s director of mental health and wellness, told USA TODAY Sports. “That’s to be expected. But I think as a group of men, they have done well and are going to do better. For those remaining in the struggle, we’re with them every step of the way.”

MORE NEEDED: Opinion: Bucks do enough to win Game 3 vs. Nets, but will still need much more in Game 4

DOWN AND OUT?: Opinion: Too much to ask Clippers to overcome another 0-2 deficit, especially to the Jazz

Since 2015, the league had made a clinical psychologist available to players and staff. In May 2018, the NBPA began its own mental health and wellness program. Before the 2019-20 season, the NBA required that all teams provide players with access to licensed, clinical mental health professionals.

Since then, Parham developed a podcast series that shares both success stories and challenges pertaining to mental health and wellness issues. With Dooling becoming a Utah Jazz player development coach this season, the NBPA hired a former NBA player (Derek Anderson) and a therapist at Williams College (Michael Grinnell) as wellness counselors.

“With the world that we’re living in, I think it’s just important that they have that kind of support within these buildings and within this league to make sure we’re doing everything we can to help them navigate this,” Celtics coach Brad Stevens said. “With great fame, notoriety and money comes great responsibility. People feel the weight of that responsibility. So I think that is something we try to be on top of all the time. But it is certainly not just during this time in the last year plus the bubble.”

Nonetheless, these issues became more pronounced in the NBA bubble and during this condensed season. That has led various NBA players to adopt various routines in between practices and games to maximize their  well being.

Utah Jazz guard Donovan Mitchell distracts himself with Xbox video games. Denver Nuggets forward Aaron Gordon has read “Play Present,” which he likened to a “basketball Bible” because of its message to play with a clear mind.  And others simply count their blessings that include a well-paying job and healthy family.

“I try to have fun and I try to go out there and compete as much as possible,” Milwaukee Bucks forward Giannis Antetokounmpo said. “But when I go back home, I’m okay with myself. For me, that takes the pressure away.”

And when the pressure still lingers? Players have talked with either family, mental health experts or themselves.

“Guys are far more willing not just to be vulnerable but have conversations that might have been uncomfortable in the past,” Love said. “These conversations are definitely had on our team and made easier because that is the case. We have that empathetic mindset. We’re curious with the challenges that each and every one of us have.”