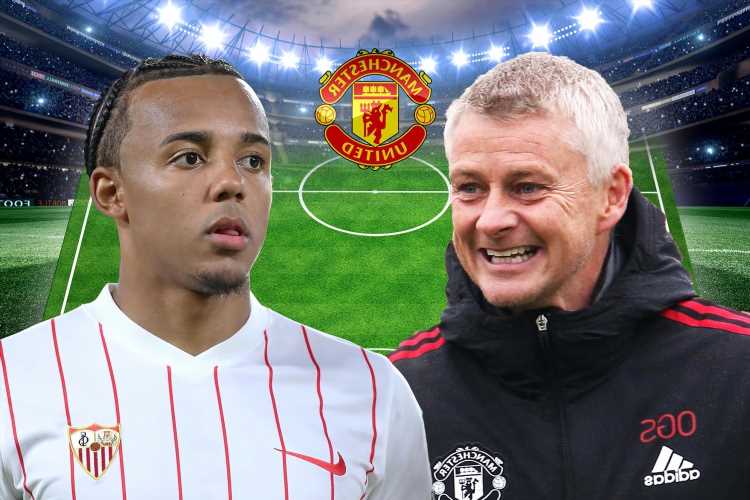 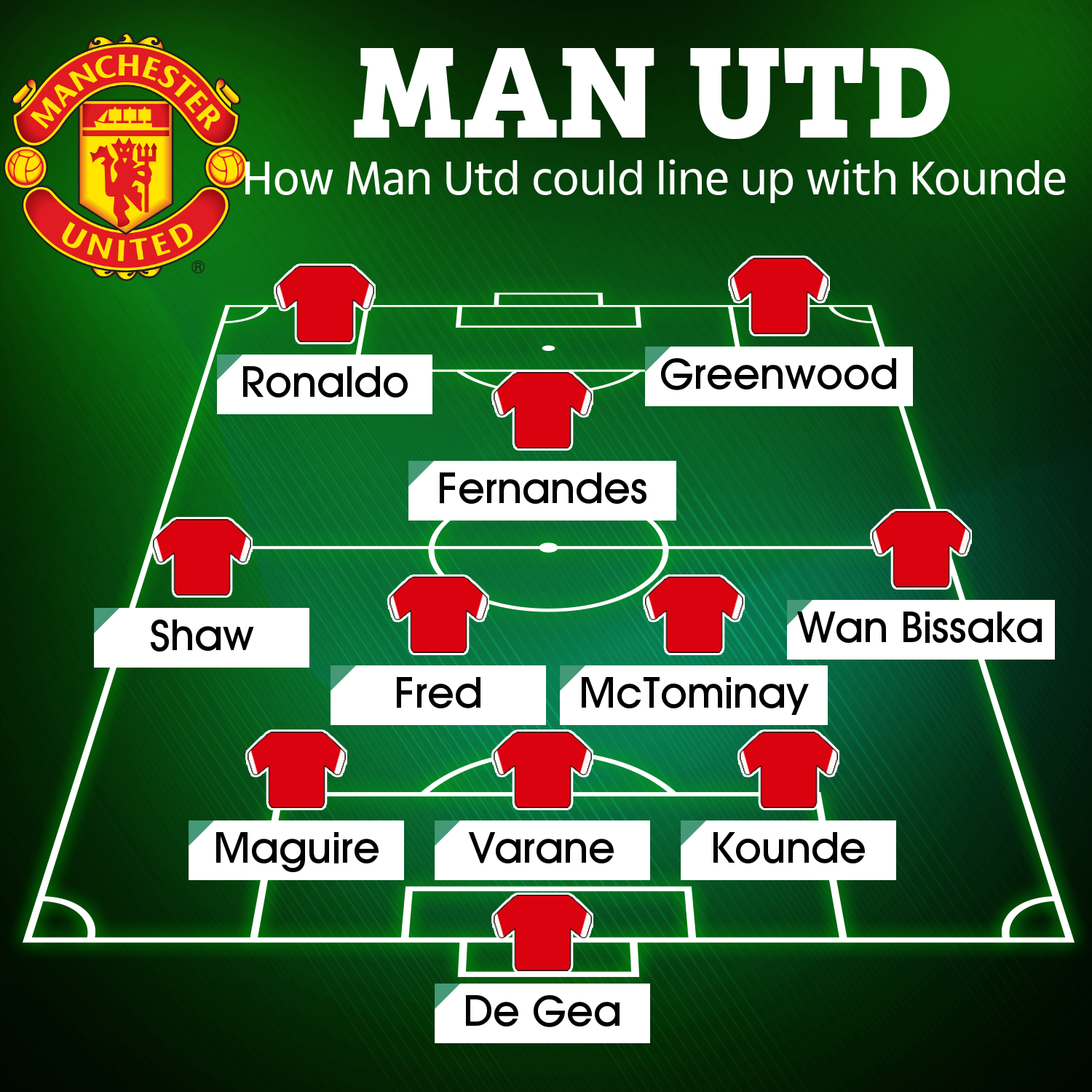 And now Man Utd are leading the way in their pursuit of Kounde, who has been capped five times by Didier Deschamps' national team.

The ex-Bordeaux central defender could well be the final piece in the jigsaw for Ole Gunnar Solskjaer to effectively carry out his back three formation.

The Red Devils debuted their new 3-5-2 formation in a 3-0 victory over Tottenham last month.

Solskjaer then went on to stick with that shape for the draw with Atalanta and defeat to Manchester City.

United looked utterly overwhelmed in their loss to the Premier League champions, with Eric Bailly particularly struggling in the back three.

But if Kounde arrives at Old Trafford, he could form a solid trio alongside Harry Maguire and Raphael Varane. 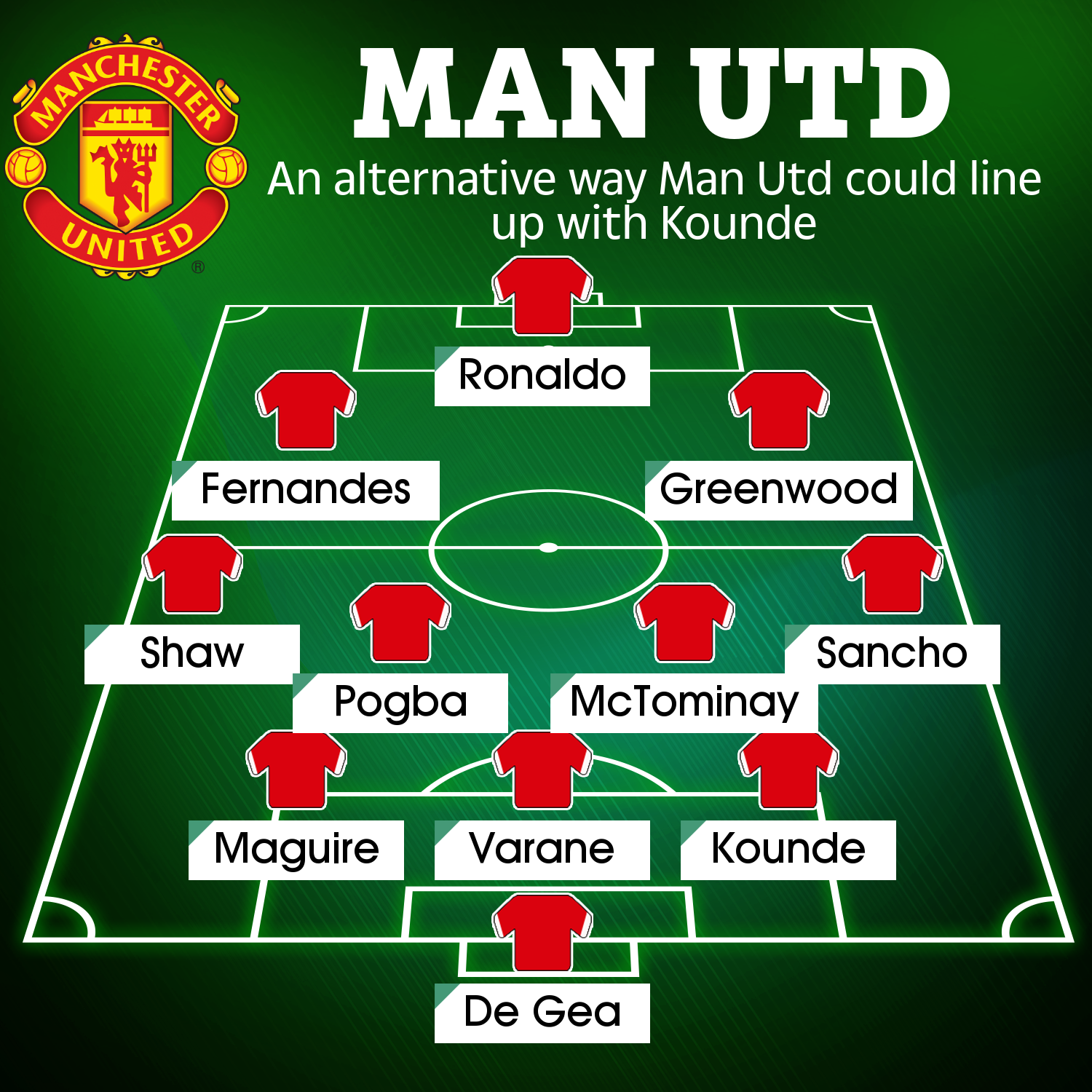 That would ultimately leave the likes of Bailly and Victor Lindelof out in the cold.

A defensive line of Kounde-Maguire-Varane would allow Luke Shaw and Aaron Wan-Bissaka – who have looked all at sea in recent weeks – to push on more freely.

Alternatively, there are reports that Jadon Sancho could be used by Solskjaer as a wingback as Man Utd look to shoehorn the England international into the team.

Solskjaer still has to decide whether he can fit Paul Pogba in as one of his two central midfielders.

But for the time being it appears he is keen to solidify the partnership between Fred and Scott McTominay.

Edinson Cavani's contract is up at the end of the season so, given he is also 34, he is not a long-term solution for Solskjaer.

As a result, the Norwegian boss may choose to go with Bruno Fernandes behind a strike duo of Cristiano Ronaldo and Mason Greenwood.

Or instead there is the option of Fernandes and Greenwood providing the width for lone striker Ronaldo.

Man Utd currently sit sixth in the Premier League table having won just five of their 11 games so far this season.