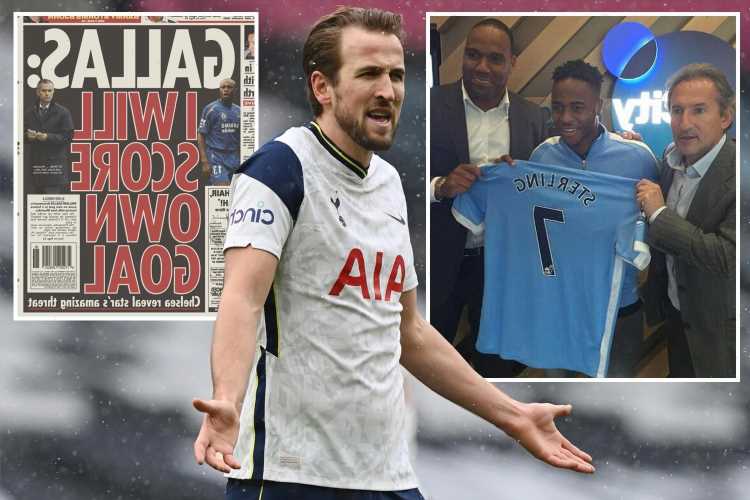 HARRY KANE is STILL nowhere to be seen down Hotspur Way.

The 28-year-old is in a stand-off with Tottenham and Daniel Levy and believes he should be allowed to leave for Manchester City, following a gentleman's agreement with the chairman. 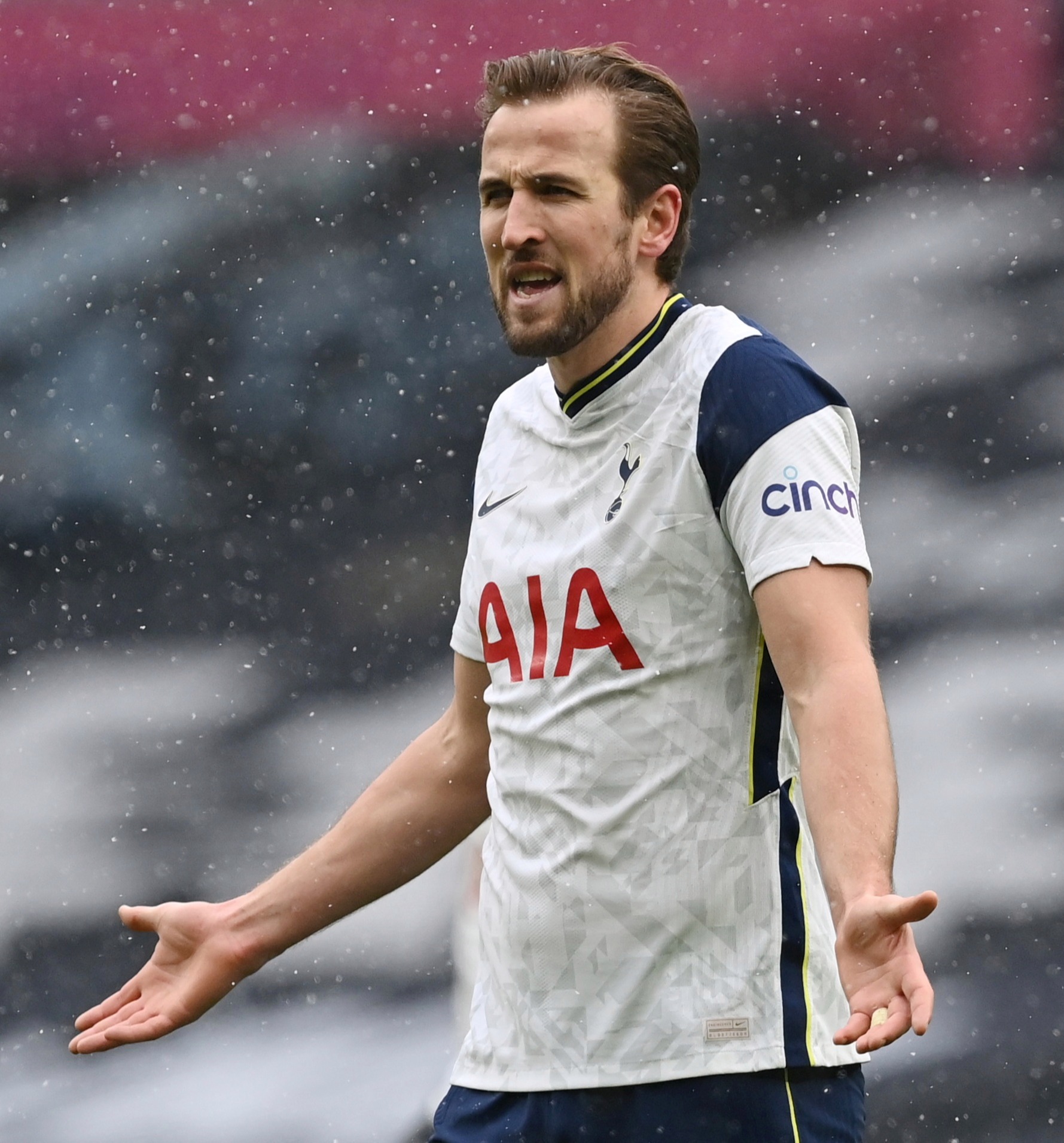 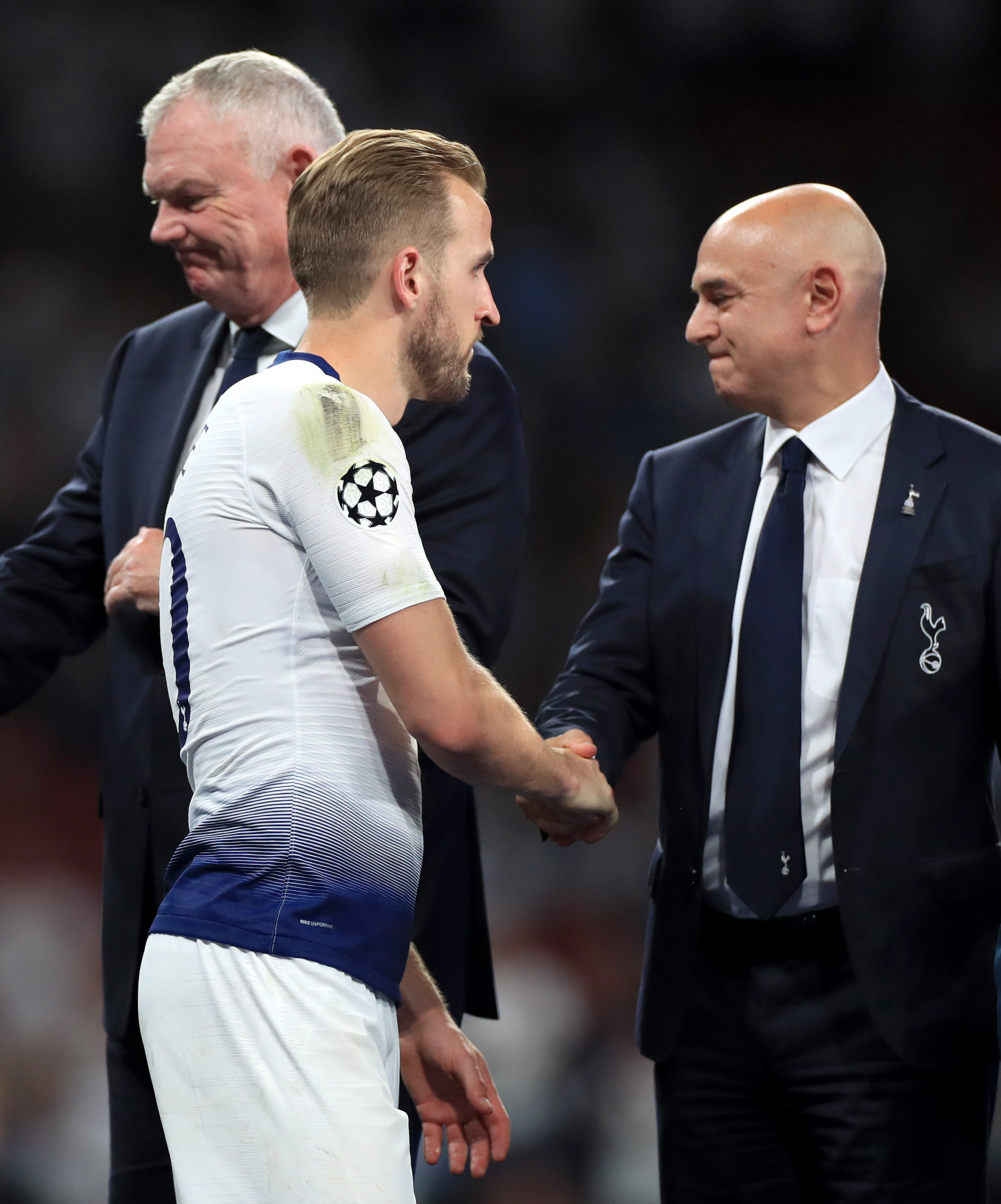 Of course, Spurs fans will know this dance well already. Famously, Gareth Bale skipped training until he got his desired move to Real Madrid in 2013.

Back in May, Kane began his exit strategy with an explosive interview with Gary Neville on SkyBet's The Overlap, where he revealed he was ready to leave the club and that he would be in control of his own destiny.

But going AWOL from the training ground or giving cryptic interviews aren't the only course of action a player can take if they want a transfer.

When former pro turned BT Sport pundit Robbie Savage hankered for a move to Blackburn from Birmingham City in 2005, he had a stinker against Newcastle to engineer a transfer and annoy manager Steve Bruce.

He wrote in his autobiography: "I went out that day and I deliberately played badly. I looked like I couldn’t care less, and it was the first and the last time I’ve done that.

"I’d been on fire but I let everyone down: the fans, the other players and Steve Bruce. He knew that I was playing to get away and that he had a problem. I needed to force the issue."

Ex-Chelsea star William Gallas threatened to go even further, according to the West London club.

The Frenchman was incensed they wouldn't let him move to Arsenal in 2006, so he allegedly threatened to score an own goal or get sent off if he was picked.

“Before the first game of the season against Manchester City, when only four defenders were available and John Terry was doubtful with an injury, he refused to play," a Chelsea statement said. 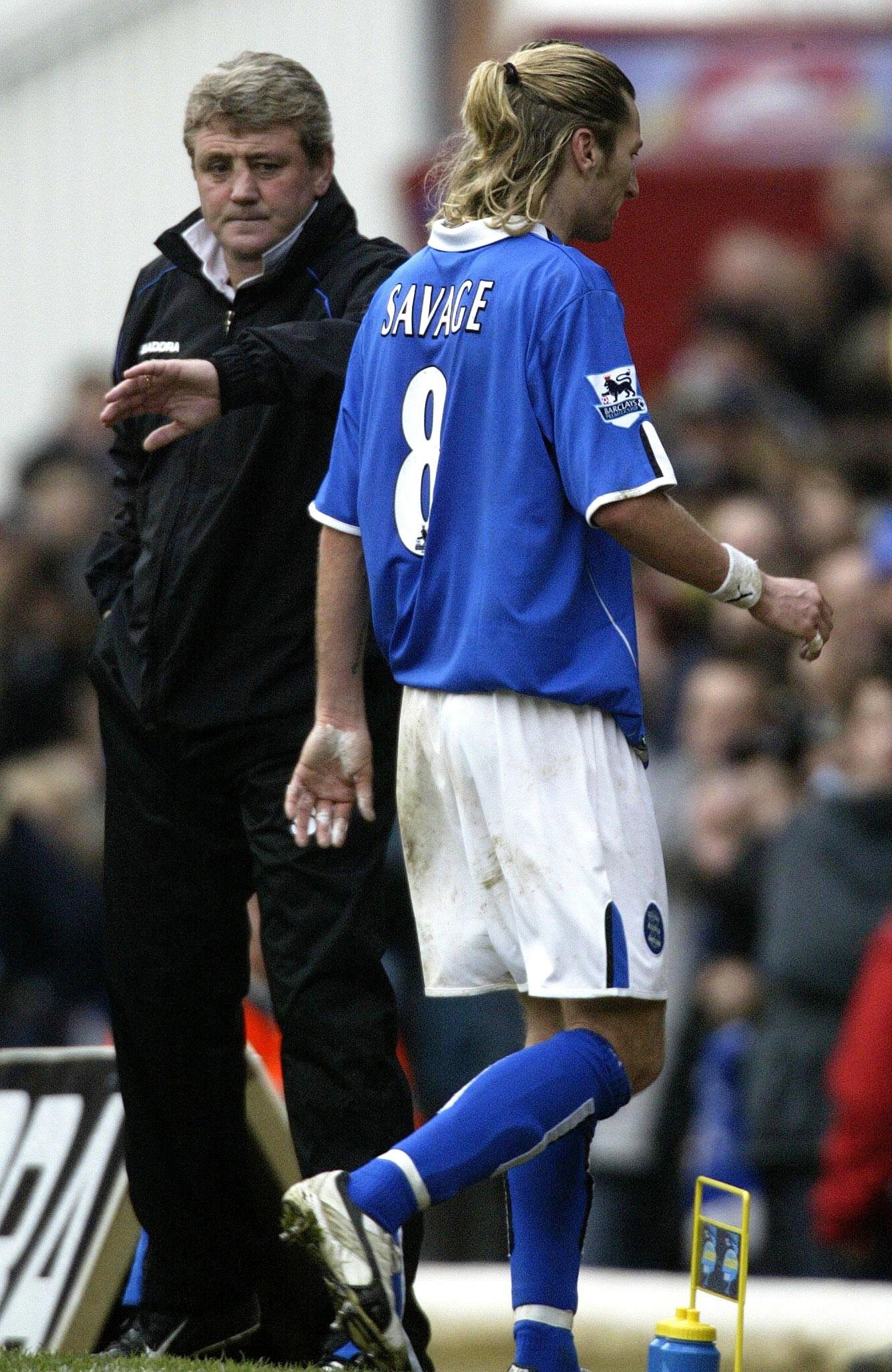 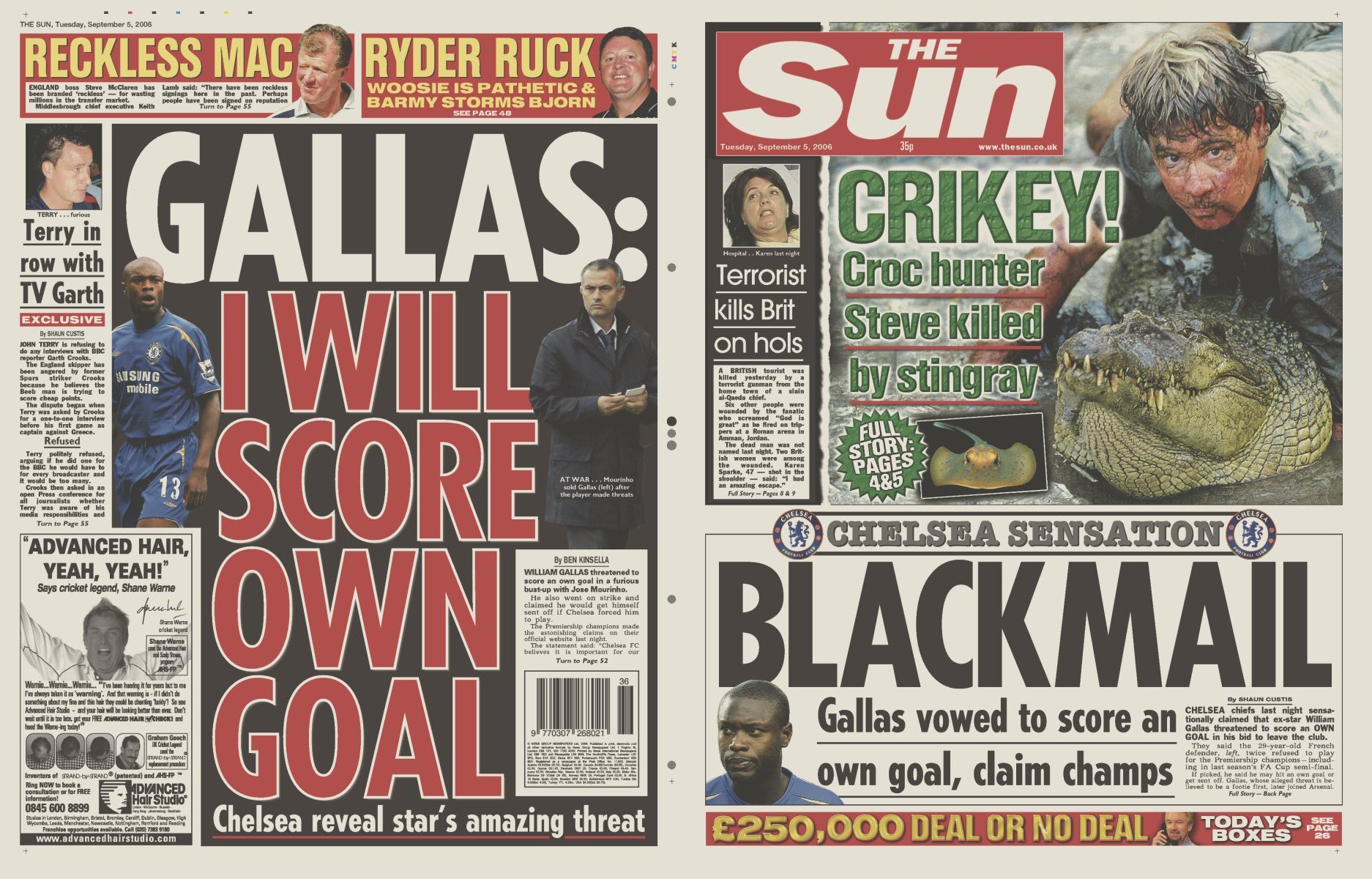 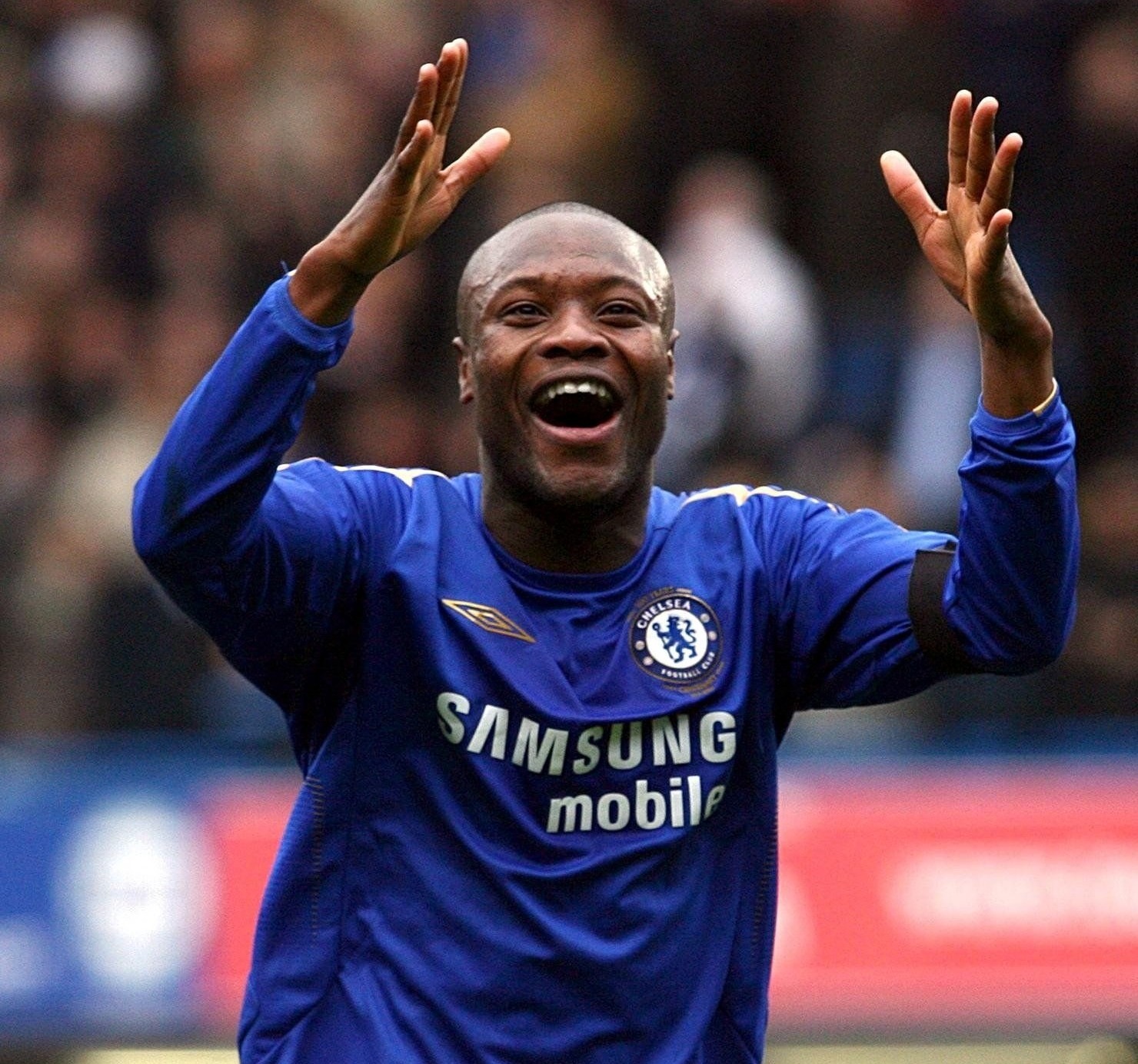 "He went on to threaten that if he was forced to play, or if he was disciplined and financially punished for his breach of the rules, that he could score an own goal or get himself sent off, or make deliberate mistakes."

Gallas denied the accusation, but admitted he was desperate to be let go.

AGENTS AND THE MEDIA

The birth of the super agent – think Mino Raiola – has further intensified matters on the transfer front.

The Italian is well-known for upsetting the clubs of his clients, just ask Manchester United.

Former Red Devils boss Sir Alex Ferguson refused to work with him – once calling him a "s***bag".

While last season, Raiola got into a slanging match with Ole Gunnar Solskjaer over the future of Paul Pogba after the Italian said the World Cup winner's United career was "over".

"He needs to change team, he needs a change of scene," Raiola said.

"He has a contract that expires in a year and a half’s time, in the summer of 2022, But I think the best solution would be for him to leave in the next transfer window."

The statement was obviously designed to drum up interest in Pogba, with PSG one of the clubs hopeful of prising him away from Old Trafford this summer. 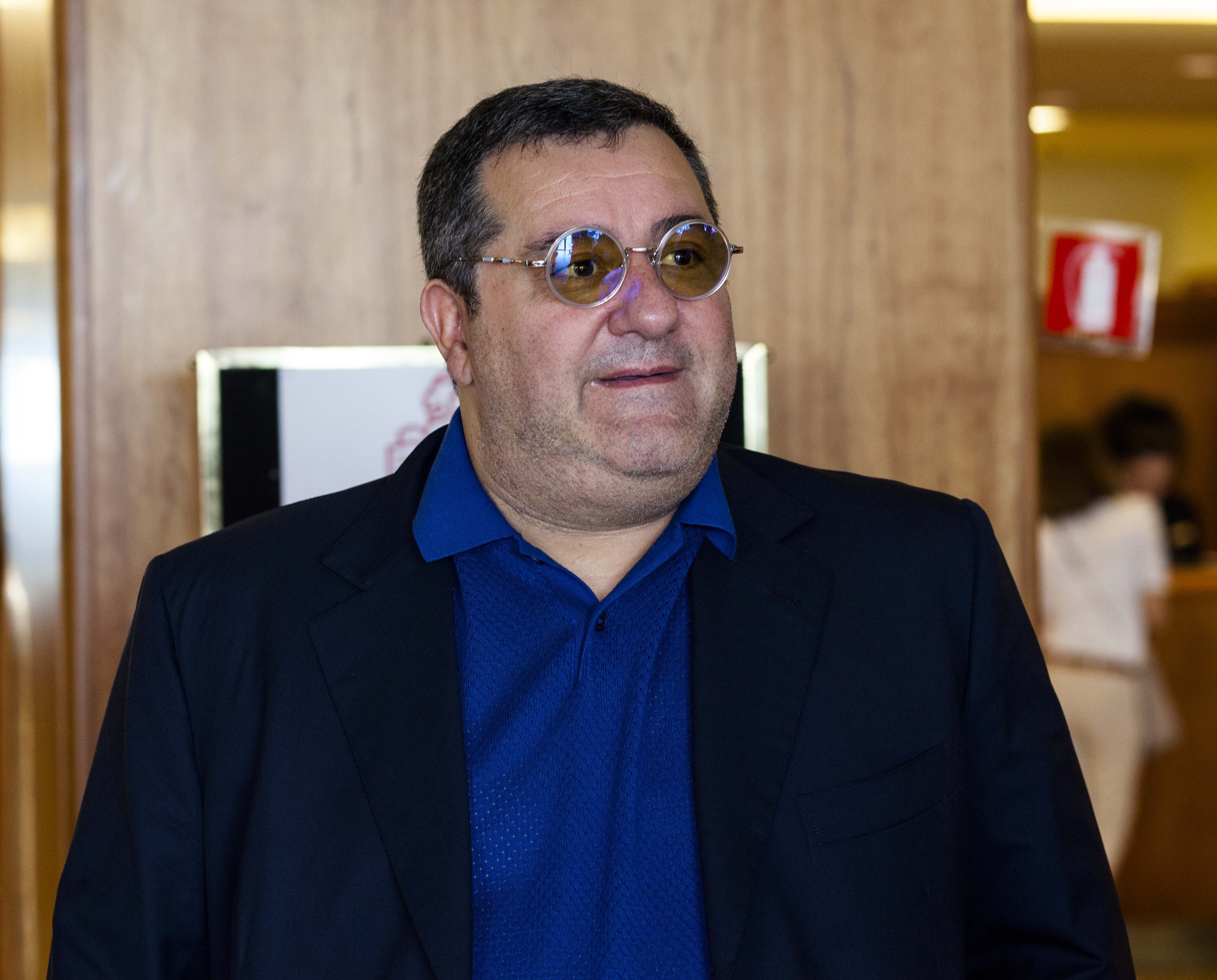 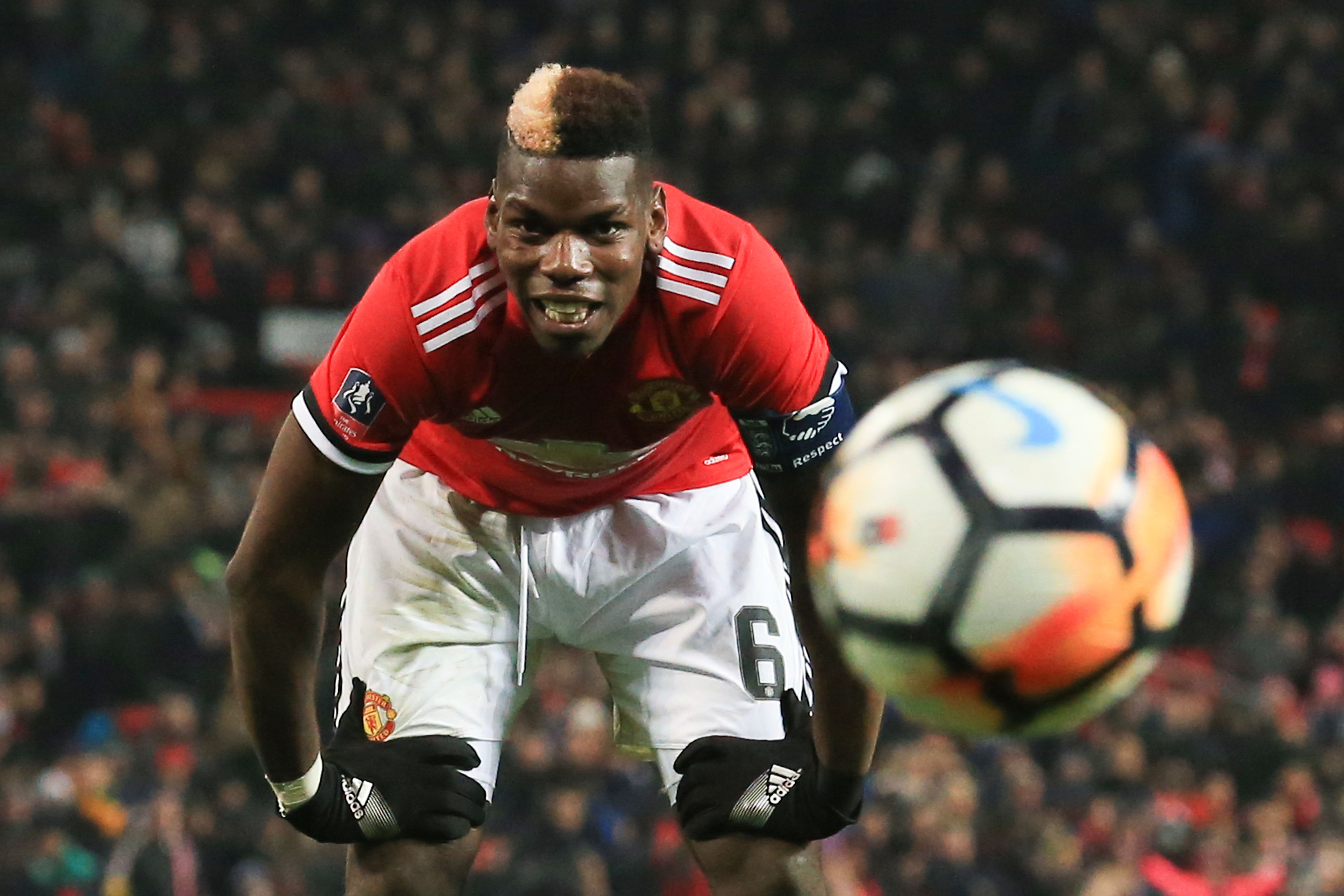 Other agents have been known to drip-feed the media snippets of off-the-record information to unsettle things or start a bidding war.

Before Kane joined the England squad for this year's Euros, he found time to sit down with Gary Neville to wax lyrical about his future on SkyBet's The Overlap.

“I think it’s definitely a conversation to be had with the club," he confessed about his future.

"I want to be playing in the biggest games. The biggest moments." And we know exactly what he meant.

With Tottenham failing to qualify for the Champions League, Kane won't be playing in club football's biggest competition next season.

Kane's fellow Three Lions forward Raheem Sterling managed to upset the apple cart when he appeared on the BBC in 2015 when he was at Liverpool.

The ex-QPR youth star admitted he was "flattered" by Arsenal's interest in him and claimed he wasn't a mercenary.

After that revelation, his former agent Aidy Ward said Sterling wouldn't be staying at Anfield, even if the club offered him a £900,000-per-week contract.

The player got what he wanted, though, signing for Manchester City that summer. 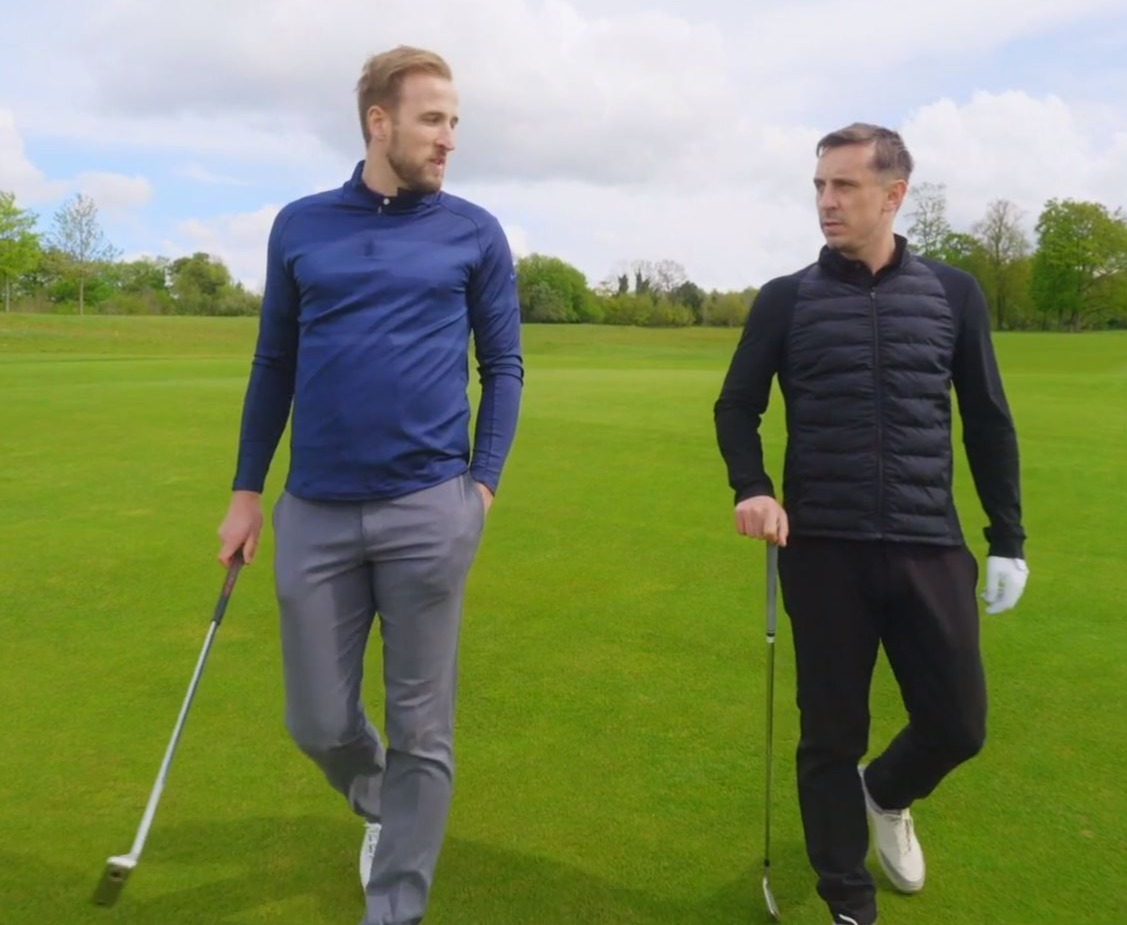 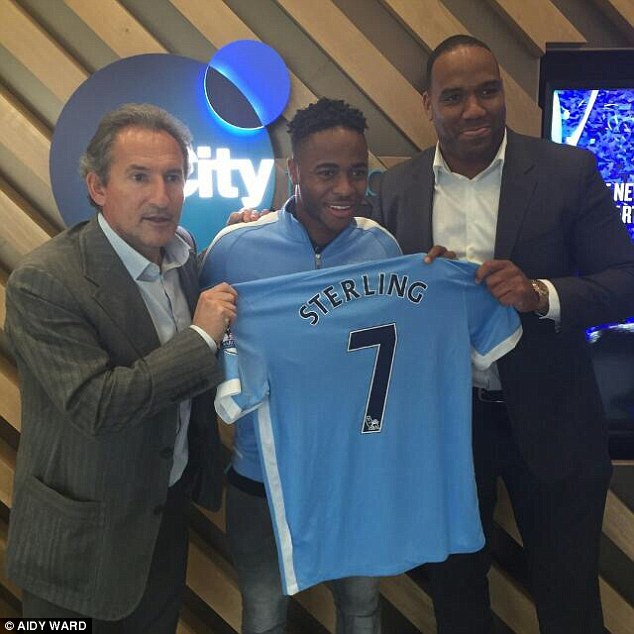 And when they're feeling unsettled at their clubs, what better way to go than blast them on social media.

Former Tottenham star Darren Bent gave us a the first proper example when he took on Daniel Levy in 2009.

"Seriously getting pissed off now," he began with a tweet.

"Why can’t anything be simple. It’s so frustrating hanging round doing jack s***. Do I wanna go Hull City NO. Do I wanna go stoke NO do I wanna go sunderland YES so stop f****** around, Levy. Sunderland are not the problem in the slightest."

It is and always will be the way many will follow… and that's to make like the Tube and go on strike.

Diego Costa got himself crossed off Antonio Conte's Christmas card list, when he blasted the Italian boss in an interview in his native Brazil. 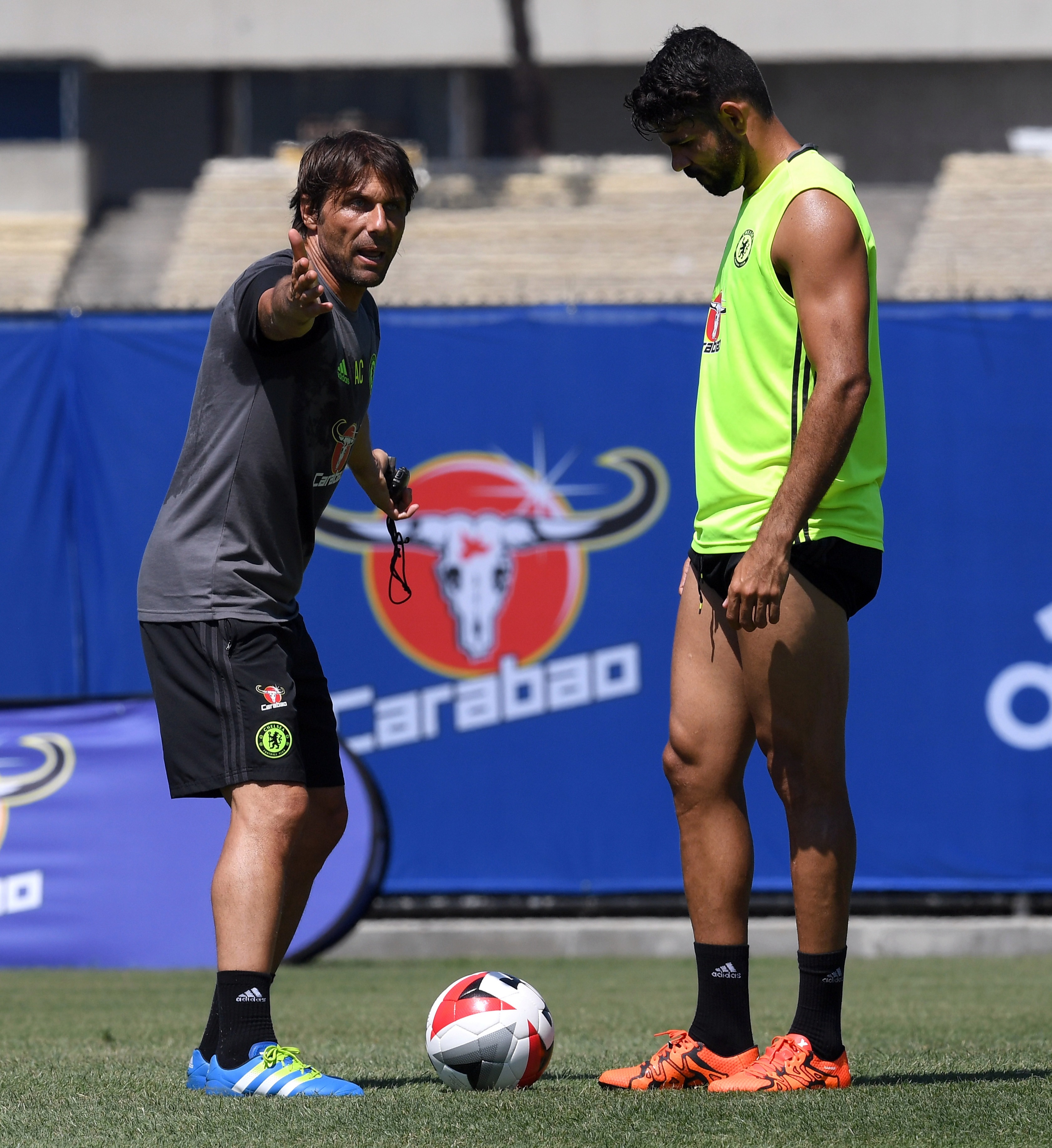 The fiery forward claimed Conte sent him a text message saying he was no longer wanted by the West Londoners.

Costa felt Chelsea were blocking his move to Atletico Madrid and threatened to down tools and stay in Brazil for a year, even if the club fined him.

Months later, he was unveiled as an Atletico player.

Another top talent who dismayed his employers was ex-West Ham star Dimitri Payet.

The French midfielder wanted to move home for family reasons in January 2017, and when Marseille declared an interest in him Payet vowed to do anything to get his move.

That anything was nothing as he went missing from training and manager Slaven Bilic said he'd never play for the club again.

The Hammers felt betrayed, especially after awarding the playmaker a £125,000-per-week contract the previous season.

Before the end of the January transfer window, Payet got what he wanted – a move away.

The question remains; will Harry Kane get one, too? 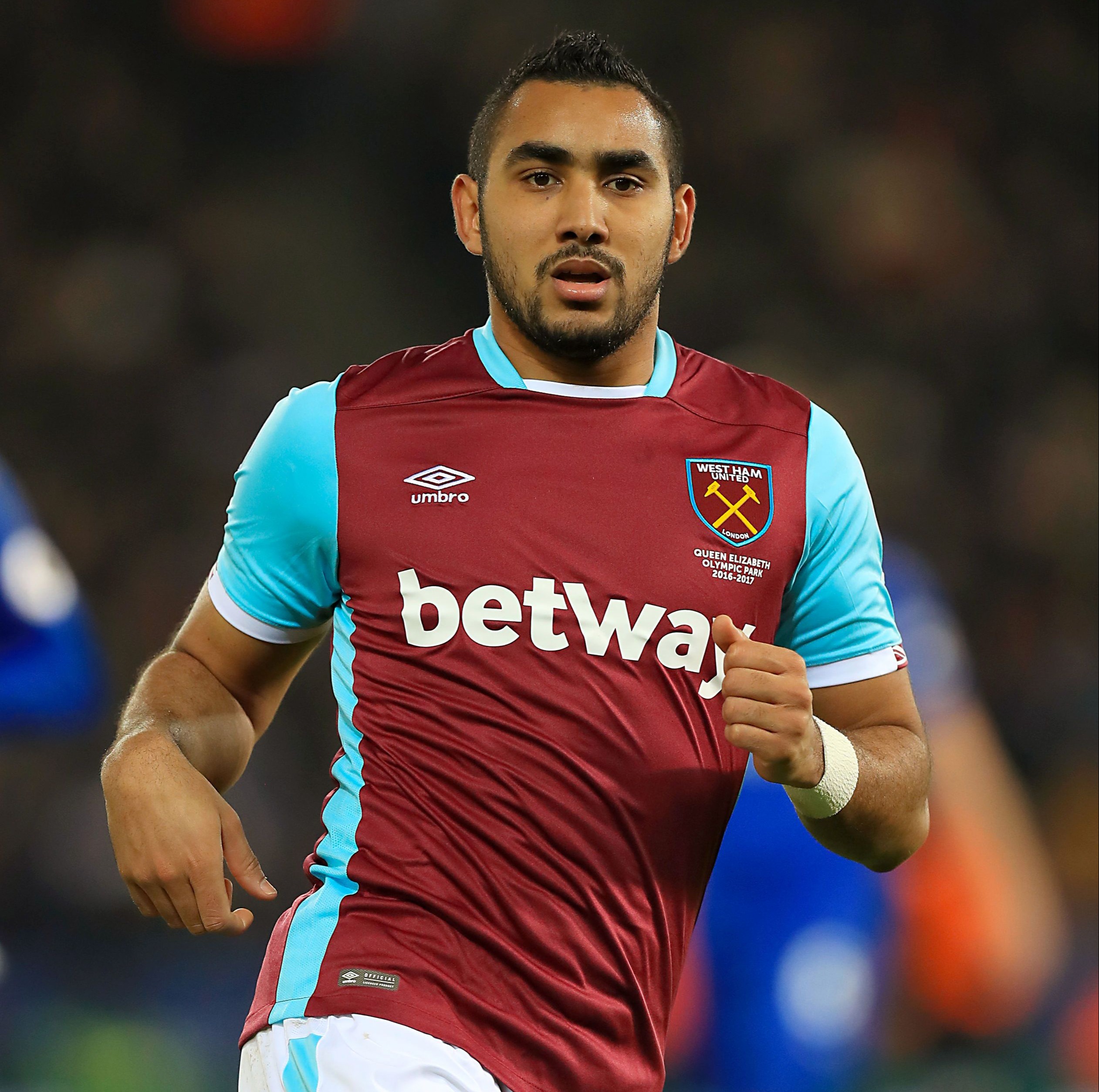 Simone Biles’ Boyfriend Jonathan Owens Gushes Over Her Olympic Win: ‘Can’t Explain How Proud I Am’