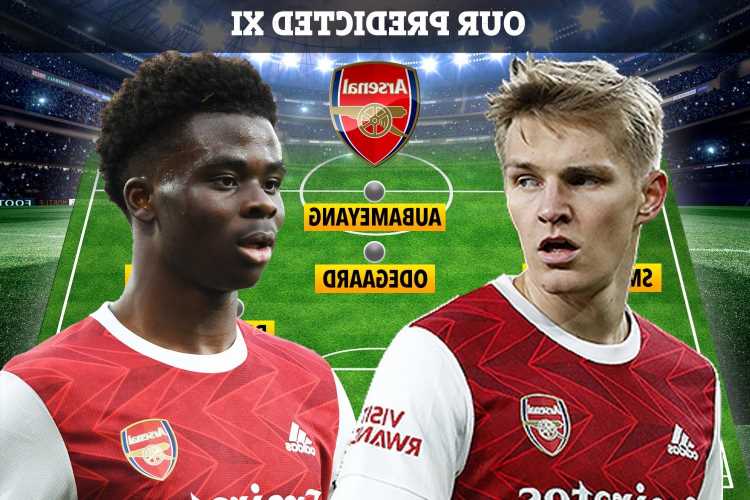 MIKEL ARTETA is set to reintroduce Bukayo Saka and Martin Odegaard to his side against West Ham after resting the pair in the Europa League.

But Saka is facing a battle to prove his fitness in order to reclaim a starting berth after struggling with a hamstring issue since hobbling off against Tottenham. 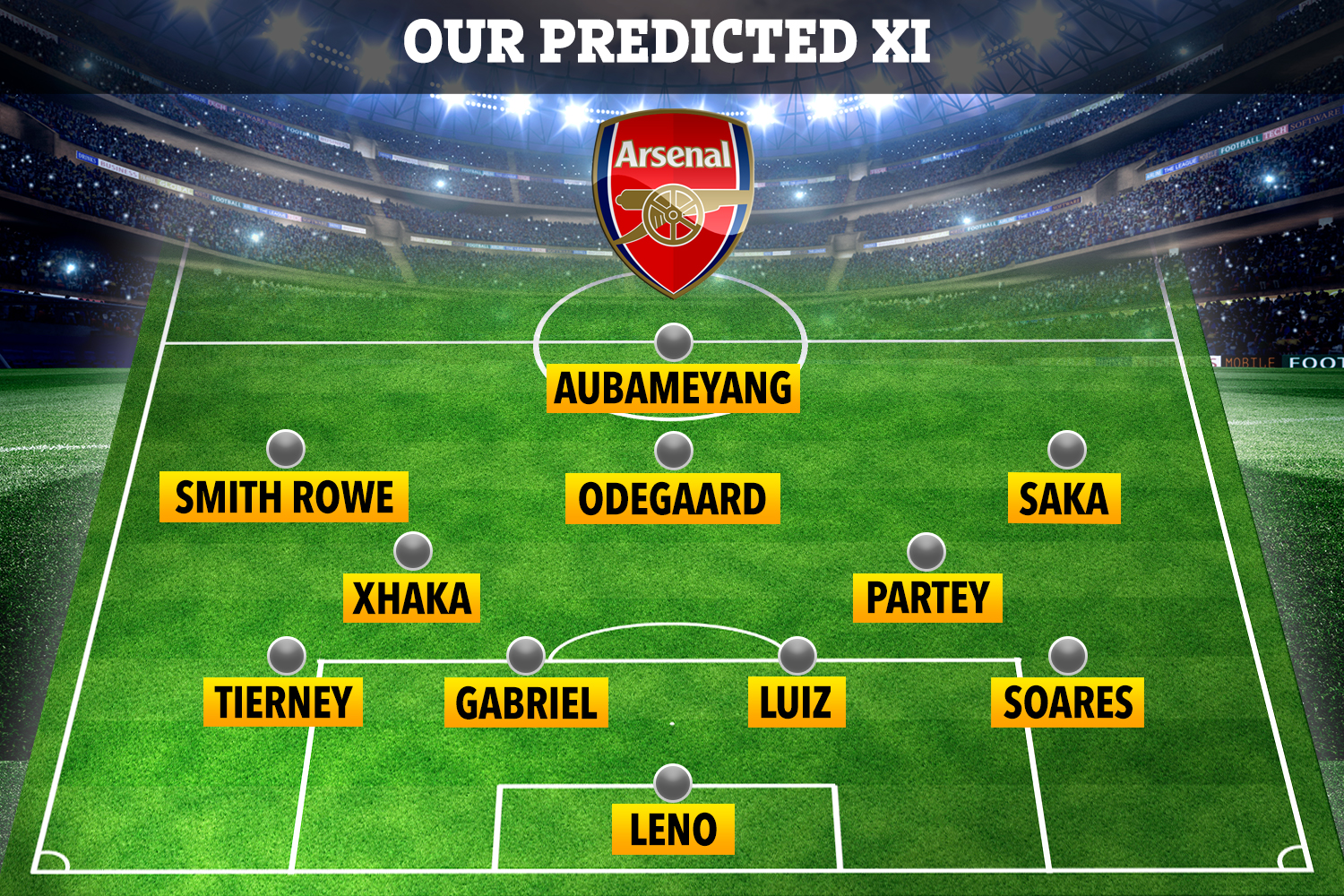 The Gunners travel to the London Stadium to face the high-flying Hammers on Sunday.

Arteta will be looking for a response from his side, despite making it into the Europa League quarter-finals on Thursday.

Arsenal slipped to a 1-0 defeat at the Emirates to Olympiacos in the last 16 second leg but will now play Slavia Prague in the last eight courtesy of the 3-1 buffer they earned in the first game of the tie.

Pierre-Emerick Aubameyang was recalled for European action but his finishing was still rusty.

The skipper was axed from the side for the North London derby thanks to his poor timekeeping.

And the Gabonese ace could continue to lead the line ahead of pal Alexandre Lacazette.

If fit, Saka will slot back in on the right wing ahead of record signing Nicolas Pepe.

And Real Madrid loanee Odegaard should be handed the No10 role with impressive youngster Emile Smith Rowe continuing to play on the left. 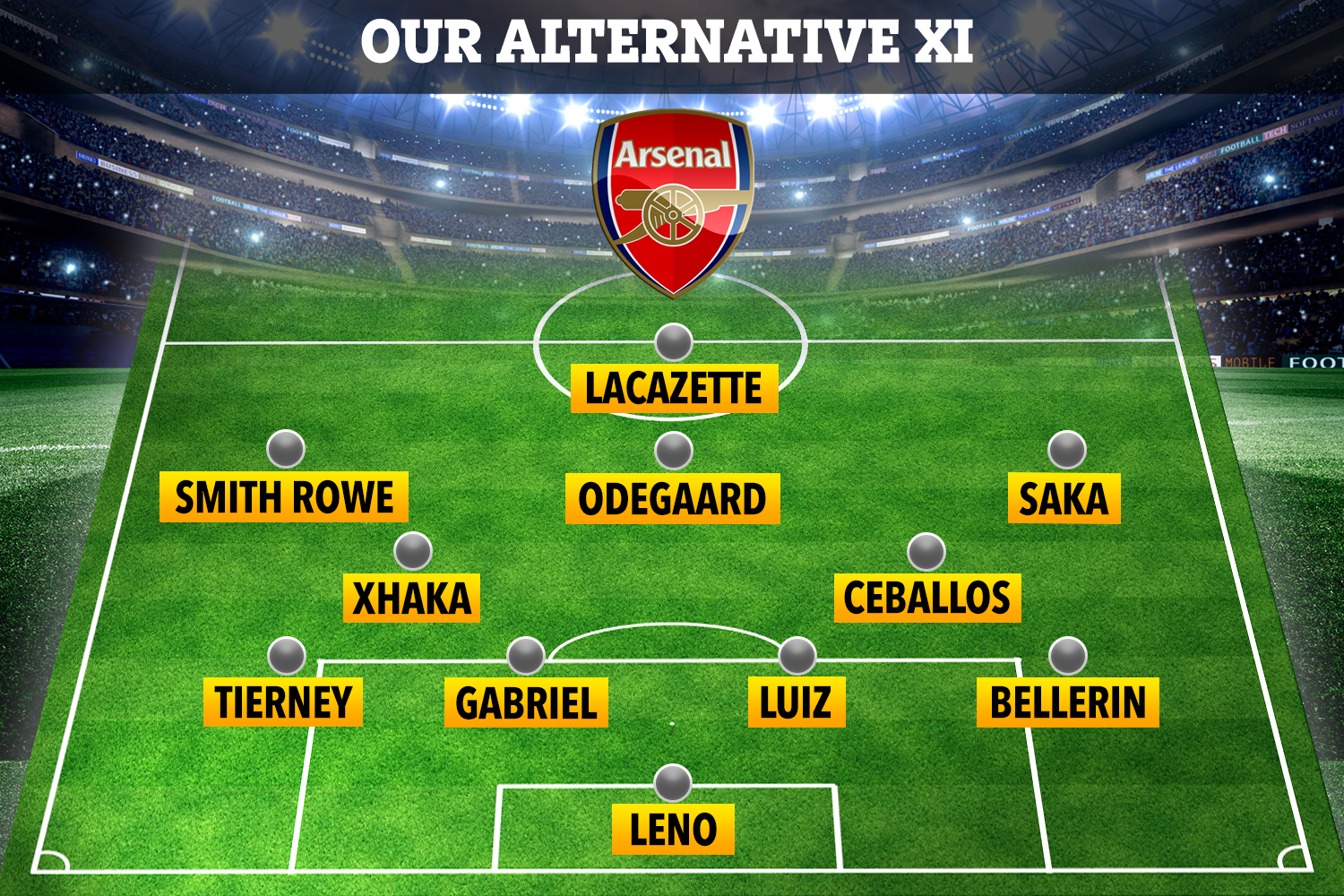 Thomas Partey will likely be restored to the starting line-up after coming off the bench in midweek.

The Ghanaian should resume his partnership with Granit Xhaka in the middle of the park.

Mohamed Elneny and Dani Ceballos were both handed rare starts against Olympiacos.

Hector Bellerin could find himself left out in favour of Cedric Soares who started the 2-1 win over Spurs last weekend.