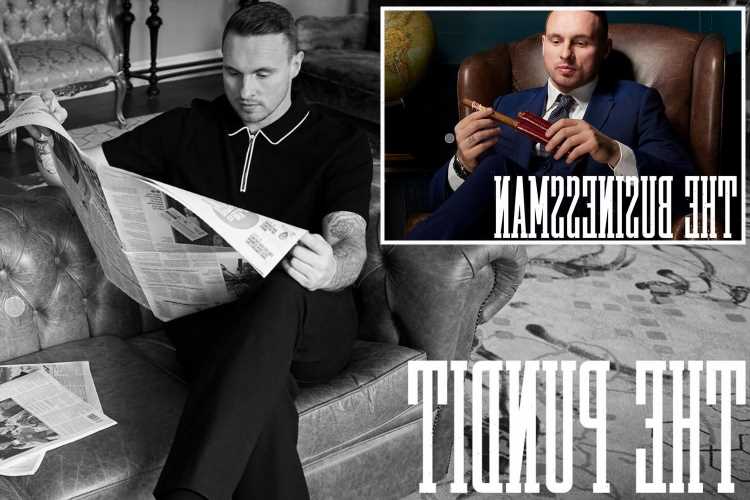 FOOTBALL LEAGUE journeyman David Stockdale fancies himself as quite the all-round personality off the pitch.

The former Brighton and current Wycombe Wanderers goalkeeper has launched a personal website, packed full with pictures from a rather questionable photo shoot.

Echoing shades of comical TV character David Brent, Stockdale is snapped posing in some rather bizarre ways to unconvincingly promote himself.

One of those being Stockdale in an armchair wearing a full suit, holding a box of cigars, sitting next to a chess board and globe as he does his best James Bond impression.

Meanwhile another has Stockdale perching on a flight of stairs while gazing dramatically into the distance, and there's also one of him on a leather sofa pretending to read a newspaper.

In not so gracious fashion, Stockdale's official website begins by saying: "You know the goalkeeper – now find out about the personality."

His hilarious page splits the man himself into sections, with the apparently multi-talented Stockdale labelled as 'The Man', 'The Athlete', 'The Businessman', 'The Philanthropist', and 'The Pundit'.

It doesn't seem like the dramatic pictures or stirring word-play had the desired effect though, as Stockdale left himself wide open to ridicule on social media.

And Twitter users didn't disappoint with their responses, as one hilarious comment joked: "David Brent or David Stockdale?"

While another summed it up perfectly by saying: "David Stockdale’s personal website is quite incredible."

An even more damning assessment read: "Pure Partridge with a bit of Brent thrown into it."

It's an impressively cringe-worthy attempt at self-promotion from the 36-year-old, who currently plies his trade in League One with Wycombe Wanderers.

But Stockdale has played for SIXTEEN clubs across his lengthy 19 year career, including spells with the likes of Fulham, Leicester, Plymouth, Ipswich and Hull to name just a few.

Although with his website now available to the public, Stockdale might find the phone ringing off the hook with potential business ventures after showing off such a wide range of skills.