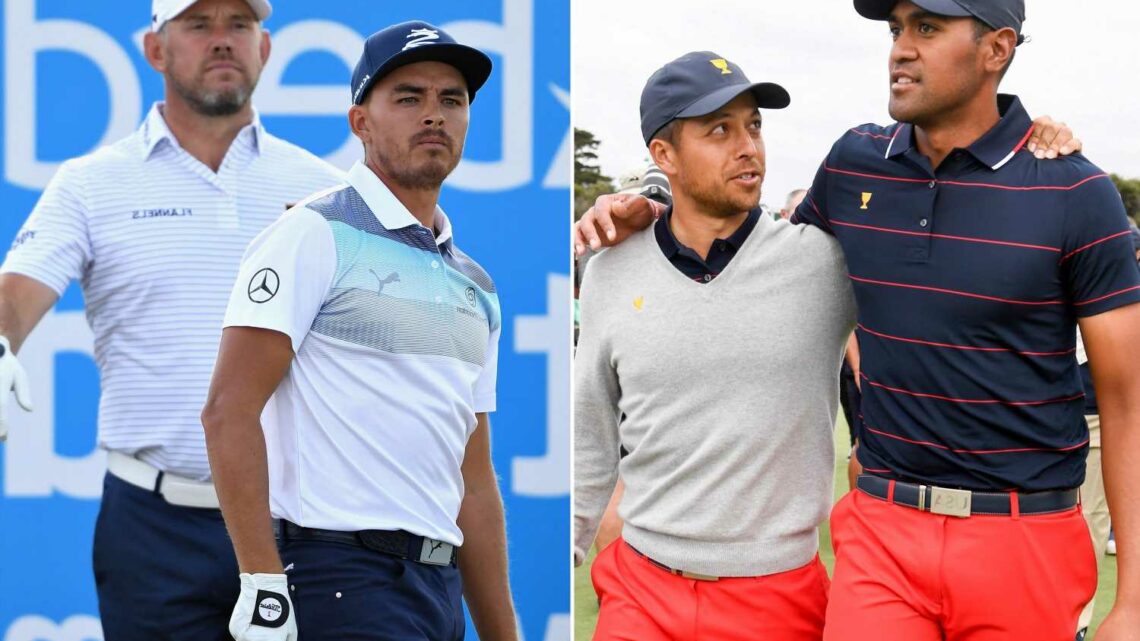 KIAWAH ISLAND, S.C. — Golf owes no one a damn thing.

The sport is littered with roadkill — the hard-luck players who should have won a major championship in their careers because they had the talent, got oh-so-close (or both) … but didn’t.

There isn’t enough space in this column or on this page to list them all.

Two prominent players who are living this as the PGA Championship at Kiawah Island’s Ocean Course begins Thursday are Lee Westwood, the self-deprecating 48-year-old English warhorse, and Rickie Fowler, the 32-year-old marketing genius who also happens to be pretty good at golf.

Both are active veteran players who are otherwise widely accomplished in their craft, yet have not broken the tape at the end of a single major championship and crowned the winner.

Westwood, who has 44 wins worldwide (two on the PGA Tour and 25 on the European Tour), is playing in his 86th major championship this week and has had 19 top-10 finishes, 12 top-5s and been runner-up three times.

Fowler, who has five PGA Tour victories, is playing in his 44th major and he has 11 top-10 finishes, eight top-5s and has been runner-up three times. In 2014, Fowler finished in the top-5 of all four majors without tasting the fruits of victory.

There are two newer-generation players slightly behind Westwood and Fowler in the heartbreak standings who’ve been on a similar path to major championship shortcomings — Tony Finau and Xander Schauffele.

In fairness, both are still young and should not be doomed to never winning a major. But, until it’s done, it’s not done.

Just as I root for Westwood and Fowler to break through, I root for Finau and Schauffele — for different reasons.

I pull for Finau because he’s one of the nicest human beings you’ll meet among high-profile athletes (save the tired “nice-guys-finish-last” refrains because Finau doesn’t finish last, he just doesn’t finish first.)

I pull for Schauffele because he’s tenacious, unafraid of the big moment and has a refreshing edge to him without being annoyingly cocky.

Finau, 31, has amassed an unthinkable 32 top-10 finishes since his only career win on the PGA Tour, the 2016 Puerto Rico Open. Nine of those 32 top-10s have been runner-up finishes. Talk about a tease.

Only Dustin Johnson, Justin Thomas and Jon Rahm have more top-10s than Finau since his win in Puerto Rico. But in that time, those three players have combined to win 31 times (15 from Johnson, 12 from Thomas, four from Rahm).

Finau’s latest close-call disappointment came when he lost to Max Homa in a playoff at the Genesis Open in February at Riviera. That was Finau’s fourth consecutive top-5 finish and his sixth top-10 finish in his previous 11 starts.

Finau is ranked 14th in the world and holds the dubious distinction as the only player in the top-20 with only one win.

As the depressing numbers continue to pile up, Finau continues to smile his way through the grind, believing in his heart that his next win is coming on Sunday.

Here’s the thing about Finau that makes this whole thing so curious: He hasn’t compiled these unflattering stats by choking away tournaments.

He shot a final-round 64 at the Genesis to get into the playoff. In his previous tournament, the Saudi International, he finished runner up with a final-round 67. In his start before that, his runner-up finish at the Farmers Insurance Open came after a final-round 69. The last time Finau failed to break par on Sunday was at the U.S. Open, when he shot a 1-over 71 at Winged Foot.

You never hear a “woe-is-me” out of Finau, the same way you don’t out of Schauffele, who’s had his share of close calls already at the age of just 27 with eight top-10 finishes in his 15 major championships played, including seven finishes in the top-6 and two seconds.

“All the failed attempts are hopefully going to lead to success at some point,” Schauffele said.

“I feel really comfortable in major atmospheres, because I’ve put myself in contention in a lot of them,” Finau said. “I haven’t been able to win one yet, but the more I put myself there, hopefully I knock the door down. Hopefully it’s this week.”

Schauffele said is “first takeaway’’ from his close calls “is that I can win.”

“I’ve put myself in a lot of situations in big tournaments to do it,” he said. “I know that I can do it. I just haven’t done it yet.’’

Here’s to Finau and Schauffele finally doing it, one maybe as soon as this week. Westwood and Fowler, too.