Home » Sport » Here is how to watch the U.S. track and field trials. 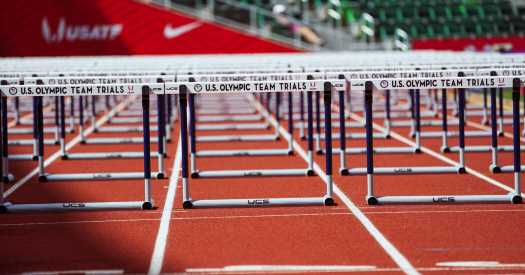 Here is how to watch the U.S. track and field trials.

If you only want to watch the marquee races Sunday night, you’re in luck. But if you are a die-hard fan of the jumping and throwing events, you might have to work a little bit harder.

NBC will have coverage of the trials from 9 p.m. to 11 p.m. ET. They will start with the women’s 100 meter hurdles semifinals and end with the men’s 100 meter finals, covering three other finals and a number of running qualifying rounds between.

But if you tune in right at 9 p.m. ET, you’ll be missing part of the finals in three field events, which start as early as 7:25 p.m. ET (men’s hammer throw) and as late as 8:55 p.m. ET (women’s triple jump). Those events, as well as a number of decathlon events, can be streamed online at NBCOlympics.com.