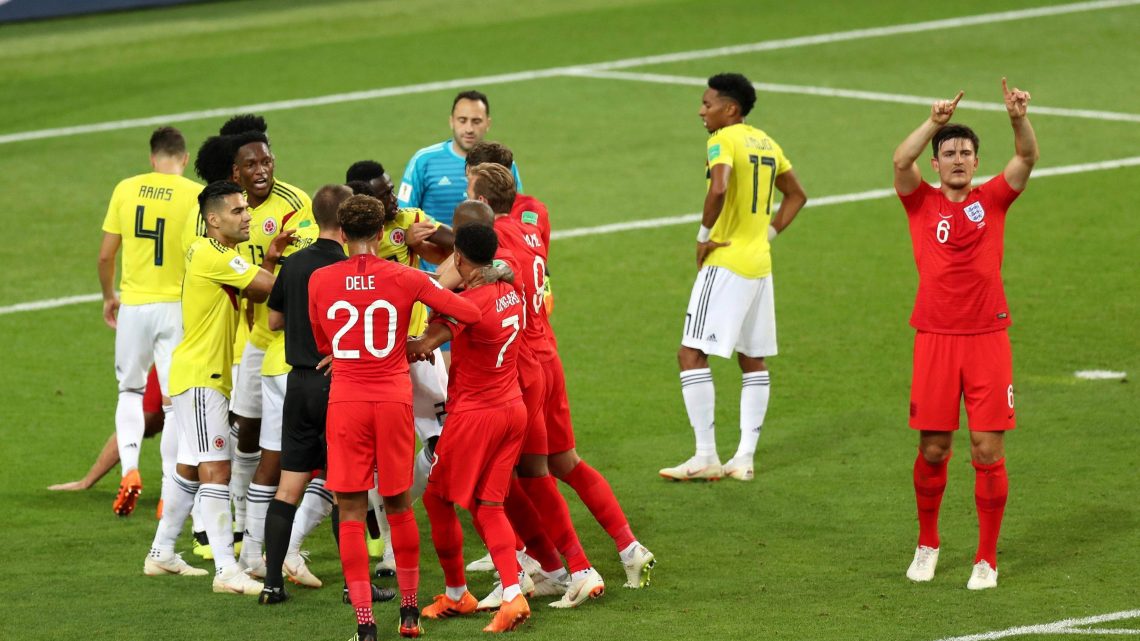 The England defender’s actions after the penalty box melee during the World Cup last-16 win over Colombia was highlighted by Uefa referees’ chief Roberto Rosetti as he explained how the system will work in Europe this season. 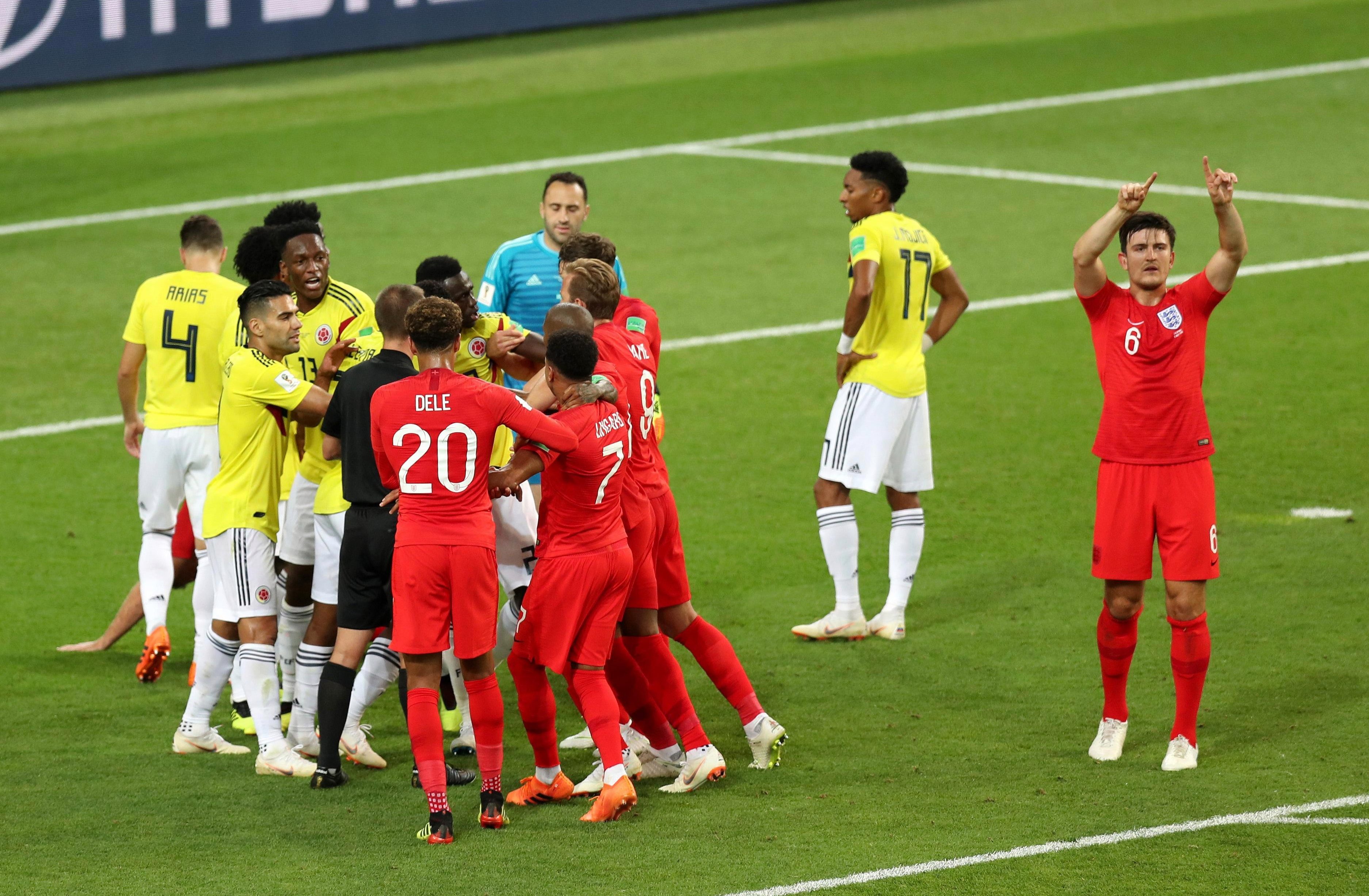 VAR will be introduced from the last 16 stage of the Champions League starting next week, in this season’s Europa League Final and in the Nations League play-offs in Portugal in June.

Rosetti confirmed that giant screens inside stadiums will only be used to inform spectators that reviews are in process and the outcomes and that incidents will not be replayed to explain decisions.

But Maguire’s behaviour in Moscow was highlighted as the prime example of conduct that must bring a yellow card.

And Rosetti also confirmed that Marouane Fellaini’s last gasp winner for Manchester United against Young Boys Bern, which sparked Jose Mourinho’s bottle-throwing incident, should NOT have been allowed to stand. 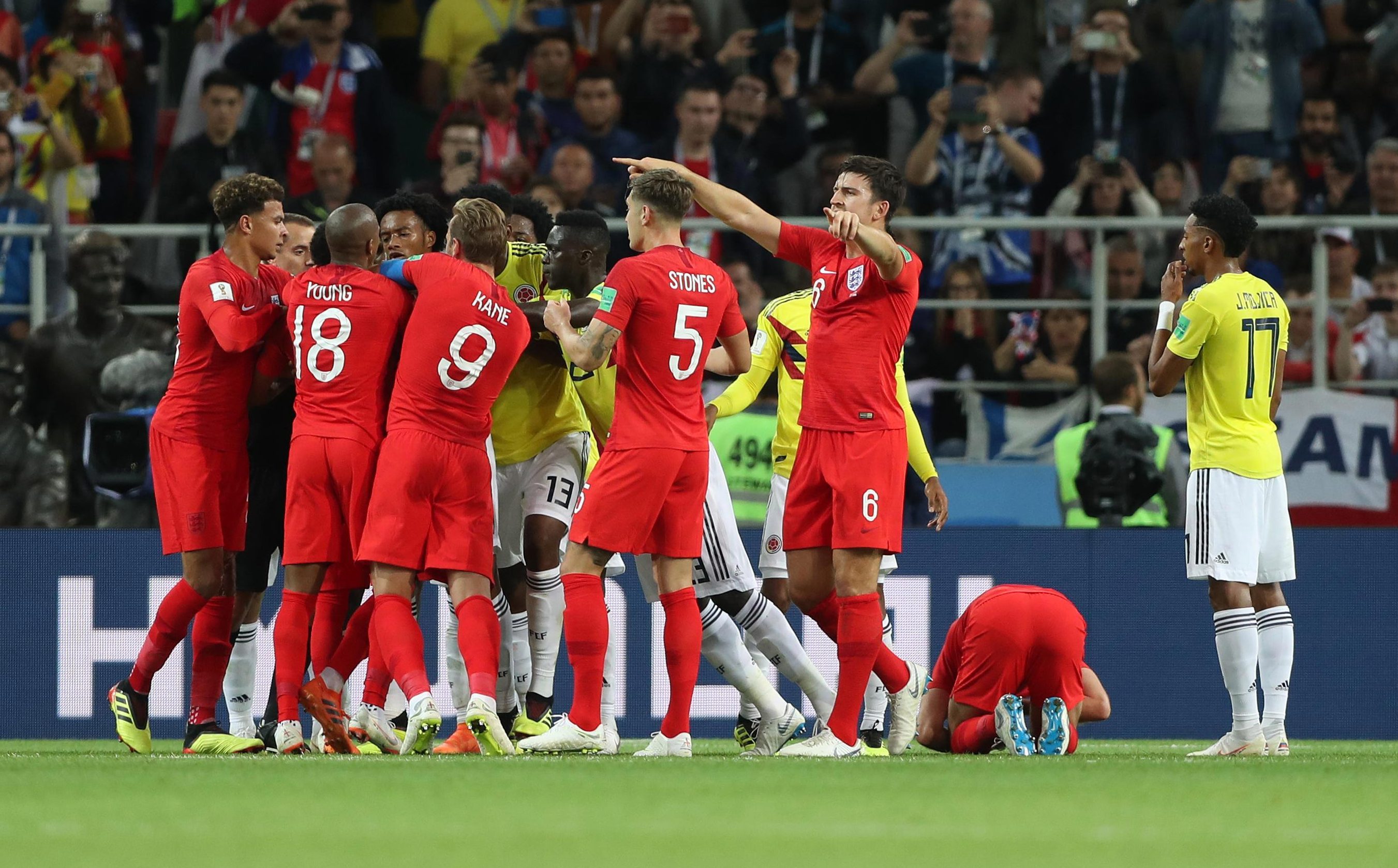 Rosetti featured the chaos after Jordan Henderson was butted by Colombia’s Wilmar Barrios in the first half of the game.

While players from both sides surrounded the referee, Maguire stood alone in the penalty box and clearly drew an imaginary square, calling for a VAR review.

Rosetti said: “We want action in these situations. That is a yellow card.

“Players have to be cautioned if they make the VAR signal and if they surround the referee. There must be disciplinary intervention.”

Fellaini’s goal should have been disallowed for a “clear handball” although an incident in which Harry Kane felt he should have had a penalty against PSV at Wembley would not have been reviewed.

Rosetti said: “This was a referee’s decision. Maybe this was holding, a penalty. Maybe he thought it was just a challenge. That is the spirit of football, not one for intervention.”

Uefa will use the same 3D technology in operation during the World Cup for offside line calls, with the VAR teams on site, allowing post-match debriefs with the match officials.

But unlike in the FA Cup and Carabao Cup ties this season, Uefa referees have been told they MUST view the monitors before making a final decision on judgement calls for penalties, goals and red cards.

Rosetti added: “For factual decisions – offside, inside or out of box, in or out of play, VAR recommendation is enough.

“We want, always, the referee at the centre of the decision-making process.

“When VAR has clear video image evidence that something is wrong, a clear mistake, he can intervene.

“But we want the referee to go out of the field of play and watch with his own eyes on the screen and then take the final decision. We believe the referee must do that.