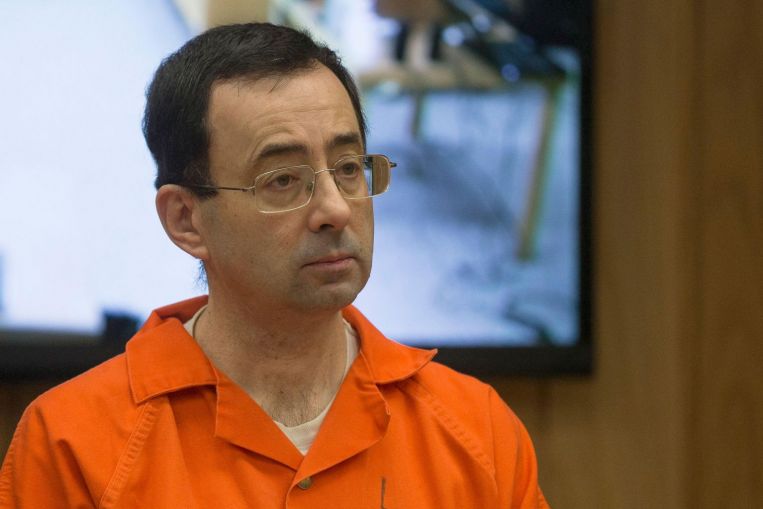 The 233-page report said senior Usoc executives had failed to react swiftly when first warned of allegations surrounding Nassar in 2015, instead concealing the doctor’s crimes until the scandal erupted into a public view in late 2016.

Investigators hired by Usoc to conduct a wide-ranging inquiry into the scandal said former Usoc chief executive Scott Blackmun, and current Usoc chief of sports performance Alan Ashley, were both guilty of inaction after first being told of abuse allegations.

The report, carried out by Boston law firm Ropes & Gray, painted a withering picture of a systemic failure which allowed Nassar to abuse hundreds of athletes.

Nassar was jailed for life earlier this year for the abuse of more than 250 athletes, including several stars of the United States’ gold medal-winning teams at the 2012 and 2016 Olympics.

“While Nassar bears ultimate responsibility for his decades-long abuse of girls and young women, he did not operate in a vacuum,” an executive summary of the report said.

“Instead, he acted within an ecosystem that facilitated his criminal acts.”

The United States Olympic Committee, USA Gymnastics, coaches, trainers and medical professionals all shared blame for allowing Nassar to carry out his crimes, the report said.

“These institutions and individuals ignored red flags, failed to recognise textbook grooming behaviours, or in some egregious instances, dismissed clear calls for help from girls and young women who were being abused by Nassar,” the summary said.

The summary said Nassar’s abuse was a “manifestation of the broader failures at USAG and the Usoc to adopt appropriate child-protective policies and procedures to ensure a culture of safety for young athletes”.

The US Olympic Committee responded to the report’s findings with an apology to survivors of Nassar’s abuse.

“The US Olympic community failed the victims, survivors and their families, and we apologise again to everyone who has been harmed,” said Susanne Lyons, Usoc independent board member.

“The Usoc board commissioned this independent investigation because we knew we had an obligation to find out how this happened and to take important steps to prevent and detect abuse. We now have a much more comprehensive view of individual and institutional failures.”

The report’s lead investigators Joan McPhee and James P. Dowden said former Usoc chief Blackmun, who resigned in February, and Ashley were first alerted by former USA Gymnastics chief Steve Penny in July 2015 that Nassar was to be reported to law enforcement.

However neither Blackmun nor Ashley shared the information with other members of Usoc’s board or directors or Usoc’s SafeSport team.

The report said Blackmun and former USA Gymnastics boss Penny had both “engaged in affirmative efforts to protect and preserve their institutional interests – even as Nassar retired from the sport with his reputation intact and continued to have access to girls and young women at the college, club and high school levels”.

However investigators concluded “no such conversations were had and no such steps were taken”.

The investigation, which had been commissioned by Usoc, included more than 100 interviews, many of them with current and former USA Gymnastics and US Olympic Committee employees over a 10-month period.

Investigators reviewed more than 1.3 million documents as part of their probe, which covers allegations dating back to the early 1990s.