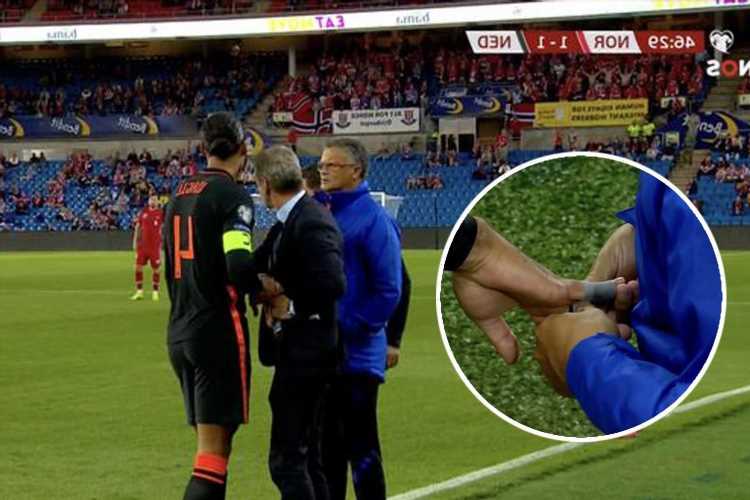 LIVERPOOL defender Virgil van Dijk suffered a dislocated finger that he had to have popped back in while playing for Holland in a World Cup qualifier.

The 30-year-old centre-back, who recently returned from a lengthy spell out due to an ACL injury, trudged off to the sidelines two minutes into the second half to have his finger looked at during their away match with Norway. 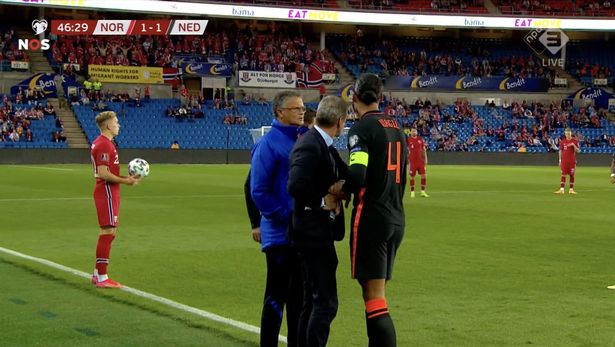 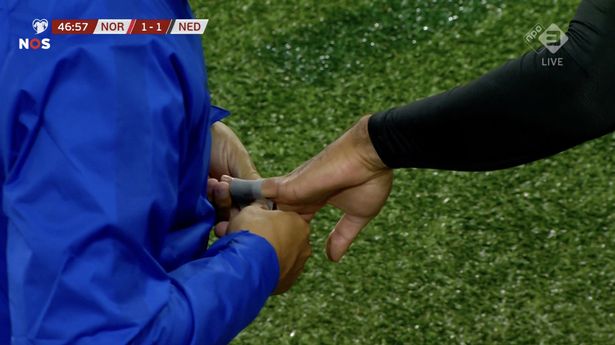 He swiftly had it put back in by those treating him and was able to return to the action.

The horrible incident did not seem to hamper Van Dijk's performance as he and his Dutch teammates did not concede any goals in the second half.

The defender also drew headlines for pushing away a fan who attempted to gatecrash his post-match interview.

The supporter could be seen running up to Van Dijk while shouting his name.

But the Dutch star was having none of it as he shoved him away and added: "Please."

Holland were forced to settle for a point as they played out a 1-1 draw with Norway.

Borussia Dortmund striker Erling Haaland gave the home side the lead in the 20th minute when he escaped the grasp of Van Dijk to finish from close range.

The result leaves both Norway and Holland on seven points after four qualifying games, one point behind Group G leaders Turkey.

Speaking after the match, the Liverpool defender said: "Felt good to lead the boys out there again but we have loads of things to work on.

"We need 2 big results now for the remaining games. First up in Eindhoven on Saturday, see you all there!"

Meanwhile, Van Dijk, who is also expected to line up against Montenegro and Turkey over the next seven days, spoke recently about his return to football after a lengthy period out recovering from the ACL injury he suffered towards the end of 2020.

He told the Liverpool Echo: "I am proud, a lot of hard work so far has been put in to get where I am and obviously I've had a lot of help from my wife and my kids.

"Obviously the thing is I have played and the first one was very emotional and very tough for many reasons.

"And it was sort of like a hurdle. I had to get over that I felt like then it will come again. So that is what happened in my point of view."

Liverpool have picked up seven points from their opening three Premier League games.

In their last match before the international break the Reds played out an enthralling 1-1 draw with Chelsea at Anfield.