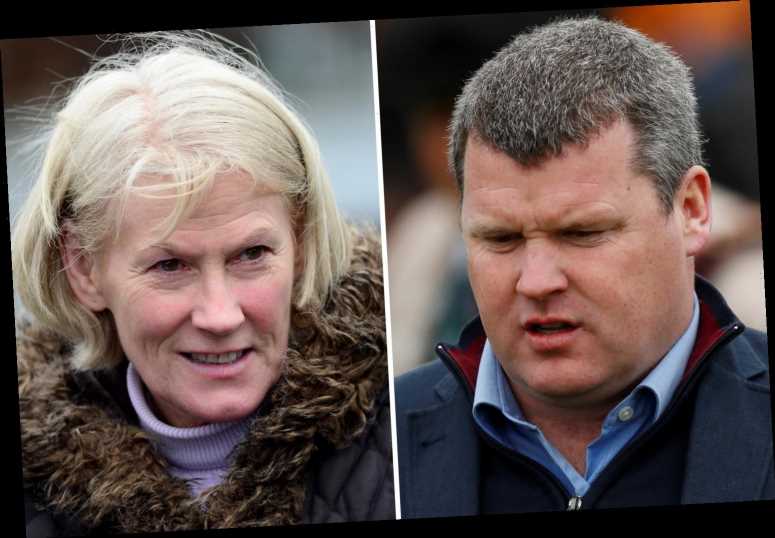 GORDON ELLIOTT was forced to delete a line of his official statement saying Denise 'Sneezy' Foster will take the licence at his yard.

Elliott, 43, has been banned from racing for a year with the final six months suspended after a photo emerged of him sitting on a dead horse. 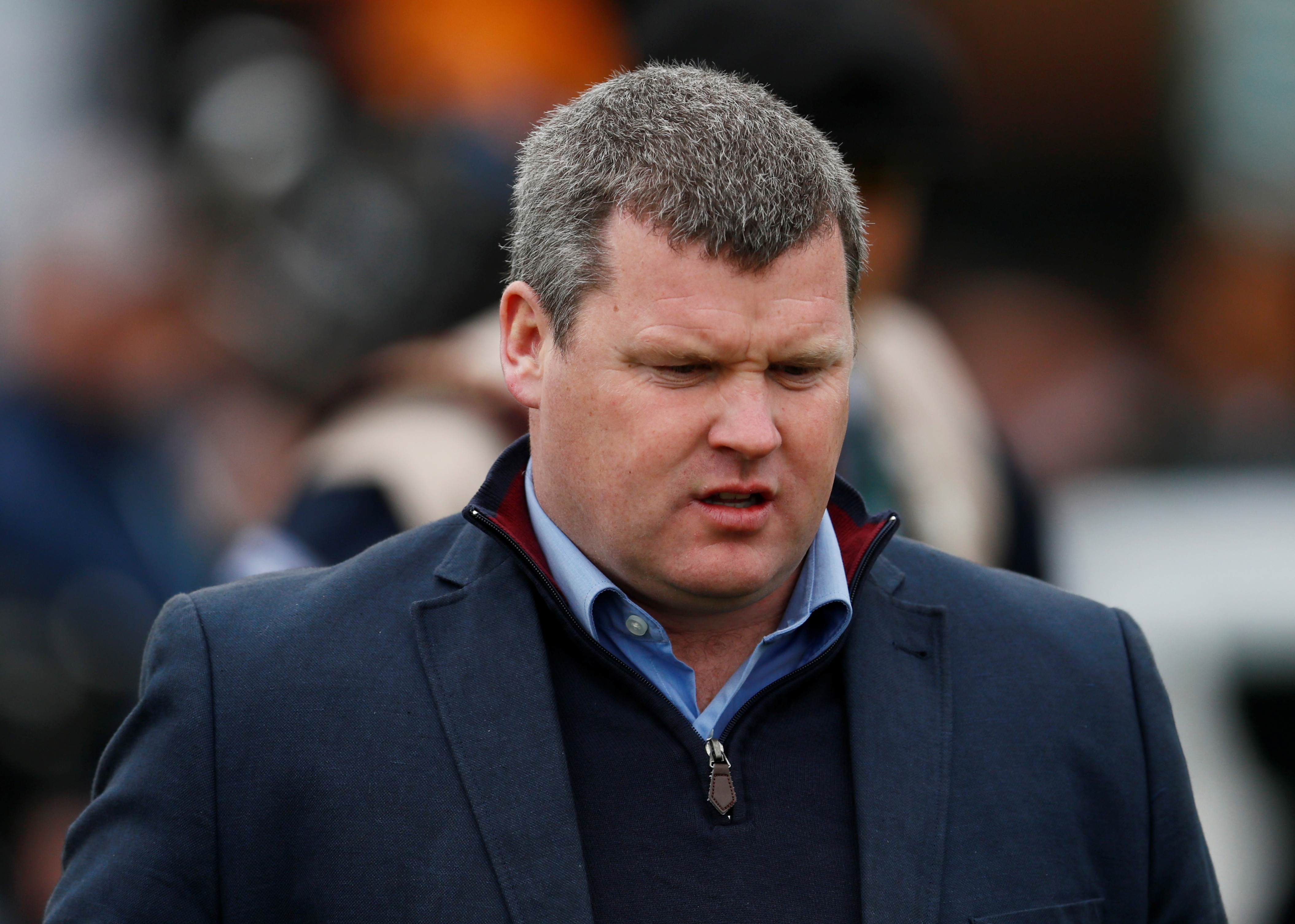 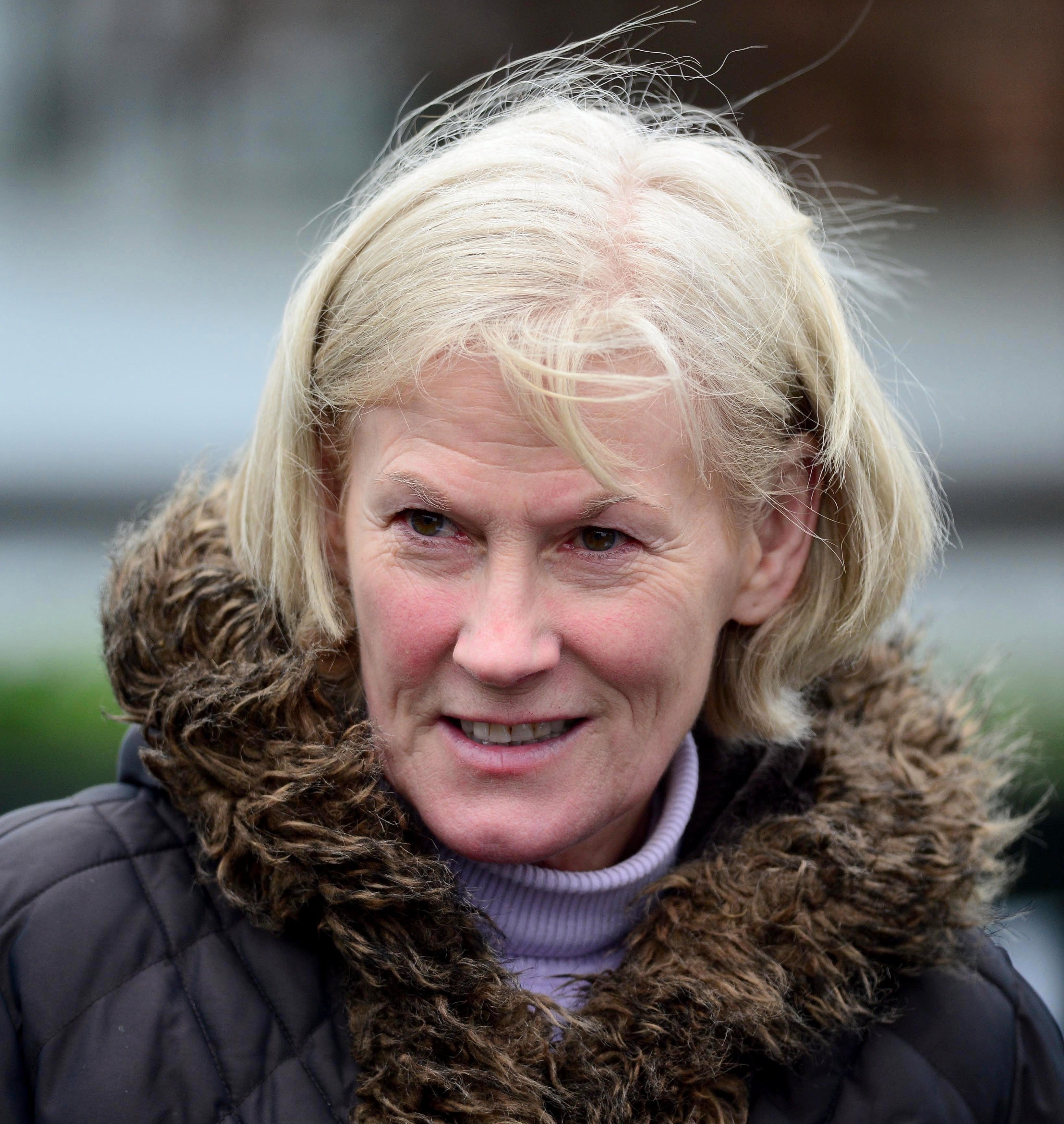 The three-time Grand National winner has apologised for his 'indefensible moment of madness'.

He has passed his horse training licence onto Denise Foster, meaning she will take charge of the runners at his Cullentra HQ.

However, Elliott was forced to delete a part of the first official statement announcing the move amid a backlash online.

Initially, the final sentence of the statement read: "Gordon will be available to assist her [Denise] as she requires."

In a second statement, this line was removed amid fan fury.

They believed it showed the ban had little to no impact if Elliott was able to 'assist' in the training of horses.

One Twitter user said in reply to the first statement: "If that's allowed then the sport will essentially bring itself into disrepute!"

Another comment read: "A successor? He's meant to be banned not handing over the ropes while he's off on holiday." 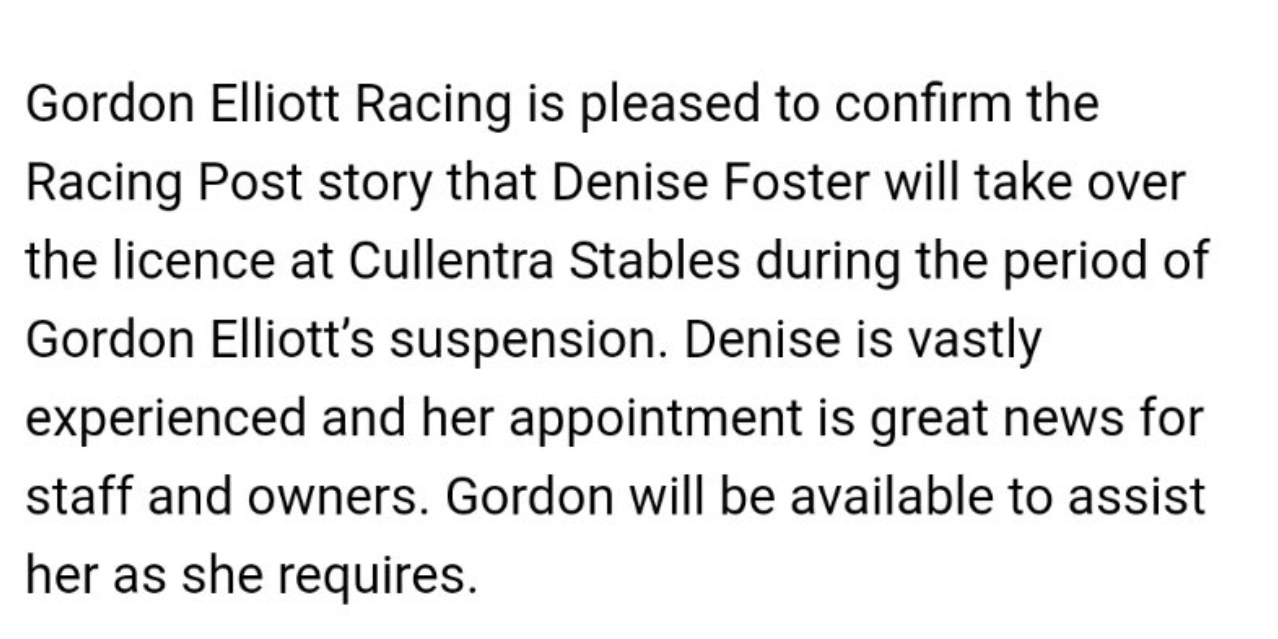 The statement was later changed to read: "Gordon Elliott Racing announces that Denise 'Sneezy' Foster is to train the horses at Cullentra during the period of Gordon Elliott's suspension.

"It is hoped that the current level of employment provided at our stables will continue.

"Sneezy is a vastly experience horsewoman who has trained racehorses since 1998 when she took over from her husband, David Foster, a three-time Olympian, following his death in a riding accident.

"She will move her existing string from Enfield, Co Meat to Cullentra (about 8km distance) for the duration.

"The entries will be made by Sneezy and she will be responsible for all operations."

Commenting on the move, Foster said: "I am honoured to take over from Gordon and realise he is a hard act to follow.

"I am delighted by the contacts I have had with the owners and staff to date.

"This is a great responsibility but I could not ask for a better set up. I will take charge from Monday."

The life-saving trick every pregnant driver should know