Home » Sport » Gómez and Korda in French Open Decades After Their Fathers Played it, Too 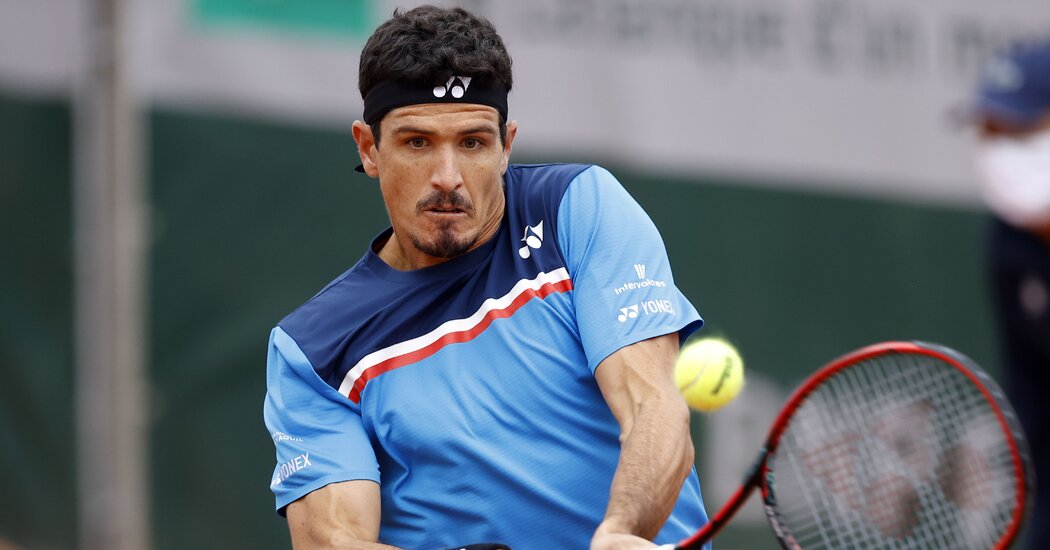 Gómez and Korda in French Open Decades After Their Fathers Played it, Too

Only one became good enough to follow their father’s path and play in the French Open, and when Emilio Gómez took to Court 3 on Monday for his Grand Slam tournament debut, Andrés Gómez was back home in Guayaquil, Ecuador, watching it on a screen in the early morning with his stomach churning.

“That’s how tennis goes,” Andrés Gómez said by telephone. “I’m still happy. Obviously, I would have wanted a different result today, but clay is not his best surface. Good things are coming for him, I think.”

Just reaching the main draw was quite a journey for Emilio Gómez, a former collegiate player at the University of Southern California. He is 28 and nearly quit the game in 2018 after a string of disappointing results, only deciding to push on after winning two satellite events in Ecuador. But in this strange and disjointed season, he finally broke through in Paris, coming through three rounds of qualifying and saving two match points in the final round against Dmitry Popko.

Thirty years after his father won the French Open in 1990, defeating Andre Agassi, Emilio made it into the main draw, breaking into tears. 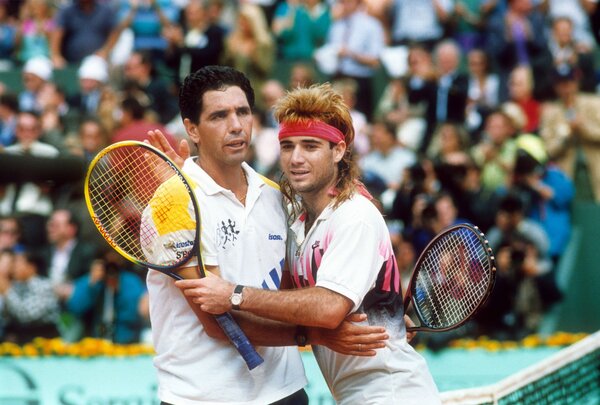 “To be on the courts where my father won is something special,” said Emilio, ranked 155th. “I’m not a first-level player like him, but I enjoy it.”

Choosing the same path as a champion parent is not without its perils.

“Emilio had to carry the name on the back, and it was a heavy load, sometimes even heavier because he thought it was heavy,” Andrés Gómez said. “But I think Emilio started to enjoy being my son. Everybody is the son of somebody, and there’s always expectations and sometimes expectations are a little tougher on some of them. Being the son or daughter of a neurosurgeon, which maybe doesn’t get the recognition or exposure of an athlete, for sure in that family you’re going to have a big, big bag to carry.”

Emilio Gómez is not the only child of a Grand Slam champion making his main-draw debut at this year’s French Open. There is also Sebastian Korda, a 20-year-old American who will face John Isner in the second round of men’s singles on Wednesday.

Korda’s father and coach is Petr Korda, the 1998 Australian Open champion from the Czech Republic who also reached the French Open final in 1992, losing to Jim Courier.

Andres Gómez said he and Petr Korda had compared notes on the art of parenting and coaching. But the next-generation Kordas are not just tennis players.

Peter Korda and his wife, Regina, who was also a leading Czech player, also have two older daughters: Jessica, 27, and Nelly, 22, who are two of the leading women’s professional golfers. Each has won multiple L.P.G.A. Tour titles, with Nelly tying for second in the ANA Inspiration, a major championship held earlier this month.

“They are having a good year this year, so we’re always in contact, and we’re always talking about what we can do better, and how we’re doing it,” Sebastian said of his sisters. “But yeah, they’re a big help, and I love them a lot.”

Sebastian, nicknamed Sebi, started out with a passion for ice hockey but decided to focus on tennis at age 9 after traveling to the United States Open in 2009 with his father when Petr was coaching the Czech player Radek Stepanek.

“He played Djokovic on Ashe at like 10:30 at night,” Sebastian said of Stepanek. “It was completely packed, and I thought it was the coolest thing ever after that. I went home and said, this is exactly what I want to do, just kind of fell in love with it.”

Home was Bradenton, Fla., which is also home to IMG Academy, the sprawling multisport academy where his sisters developed their golfing talents and where he honed his tennis skills.

“It’s challenging,” Petr said. “But once this year will be over and hopefully life will go back to the normal direction and the schedule will be much more firm in tennis and then golf, then I will make my schedule and try to balance it so I can always be between the girls and Sebastian.”

The Korda parents taught Sebastian the tennis fundamentals, which included a two-handed backhand, which has developed into his best shot and is quite a contrast with his father’s flat one-hander.

Petr is a lefty. Sebastian, like his mother, is a right-hander.

But both father and son are tall and wiry, and since winning the 2018 Australian Open boys junior title, Sebastian has grown a couple of inches taller than Petr. He is now 6-foot-5 and starting to make inroads on the main tour.

Like Emilio Gómez, he qualified here for his first French Open, and on Sunday he upset Andreas Seppi, a 36-year-old Italian with much more experience on clay and every other surface.

Sebastian is ranked 213, but not for long. His next hurdle: Isner, the thunderous server who is still the top-ranked American at age 35.

The next challenge for the late-blooming Gómez: Making the main draw at another Grand Slam tournament on a surface better suited to his tight-to-the-baseline game, though that may not be quite as symbolic for him, his family and those who remember what happened at Roland Garros in 1990.

“To be here and get through qualifying was already a privilege for me,” he said. “It’s the story of my father and our country. I can’t be too hard on myself. It’s something that means more now. If it had come earlier, I wouldn’t have been able to appreciate it as much.”

Now Pitching for the Yankees … These 13 Guys