Home » Sport » Golf: Lydia Ko on her Olympic strategy paying off, retirement and why results are secondary 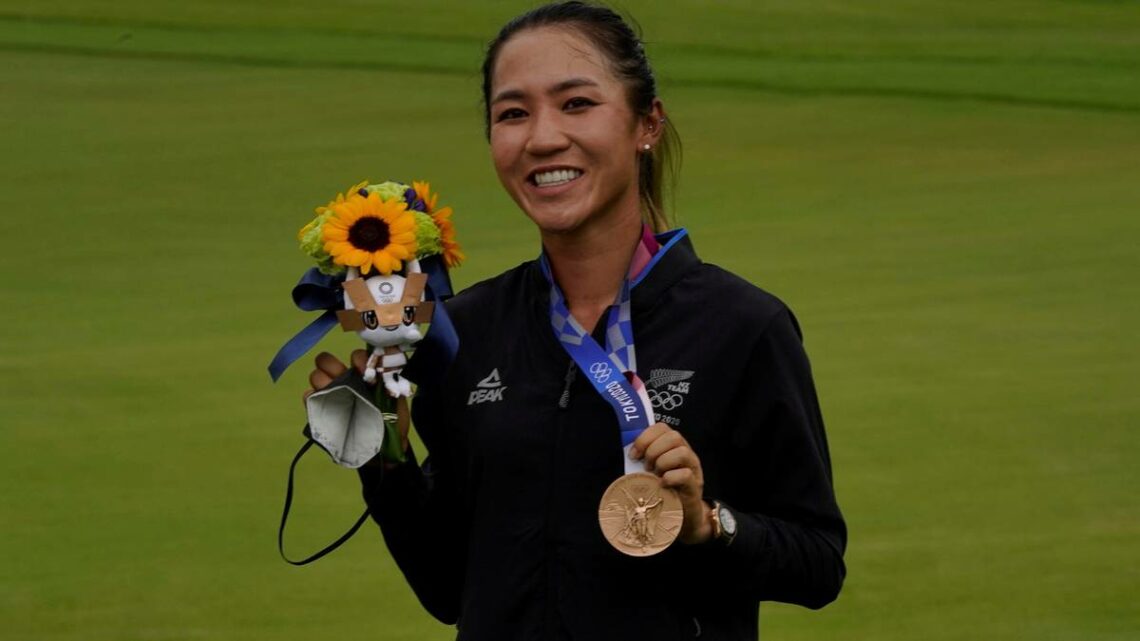 Golf: Lydia Ko on her Olympic strategy paying off, retirement and why results are secondary

Kiwi golfer Lydia Ko moved to number six in the women’s world rankings yesterday. It was news to her.

After a blistering final round saw the 24-year-old finish tied for second at the Scottish Open last weekend, Ko is looking to continue her form at the British Open starting at Carnoustie tomorrow night.

In the last month she’s had a sixth placing at the Evian Championship major in France, a bronze medal at the Tokyo Olympics and a strong showing one hour down the road in Dumbarnie. It was Ko’s third second placing of the year and her ninth top 10 finish. Five of those top 10 finishes have come in different countries including her drought-breaking victory at the Lotte Championship in April.

Ko says she took an aggressive approach to the Olympics where she earned her second medal after a silver in Rio five years earlier and continued the same approach in Scotland.

“My strategy at the Olympics was to play a little bit more aggressively especially because there is only three medallists. I think that was the mindset and then I continued that for when I played last week,” Ko said last night.

“Dumbarnie was a great lead-up to this week but it’s also a different kind of golf course to here and the whole length is a little bit longer….I think I’m going to keep on the strategy of still playing aggressively but at the same time if I am out of position I’m not making careless mistakes. I’m a little longer off the tee than I think I was a couple of years ago so that obviously makes it a little bit different to play.

“Medalling in Tokyo gave me a lot of confidence coming into last week. Last week my ball striking was really good and then was able to back that up with my putting on top of that. Which is probably why I was able to finish on a high on Sunday last week. It’s the third week in a row it obviously doesn’t feel like it’s a lot of weeks but at the same time with travelling and Tokyo was one week that felt like two weeks.

“There was a lot of mental things outside of playing a week of golf. I’m trying to stay confident and work on the things that needs a little more work. Just keeping it simple and making sure when I’m out there playing, I’m playing with freedom and hopefully the last couple of weeks translates into this week but all-in-all I’m just going to have a good time. Whatever happens happens. Not be so result orientated and just enjoy my time in Carnoustie.”

The run of form saw her move up to sixth in the Rolex rankings. She has previously held number one for 104 weeks during her dominant run between 2015 and 2017 which resulted in two major wins – but her latest jump up the rankings is not something she takes notice of these days.

“I honestly haven’t checked the rankings in a really long time. I personally think that if I do a good job in what I can control – being committed, playing with conviction. Those are things I can do and the results are something I can’t really control. If I play good and someone else plays better – that’s something I can’t control so for me I’m focusing on what I can do.

“Ranking and results are secondary. They work themselves out. Definitely, it would be great to be world number one but to me the rankings is the more important thing. Being in contention and enjoying myself on the golf course is more important to me. I feel like when I’m having fun, I’m able to play better golf.”

Ko played her first British Open in 2012 as an amateur and has made the cut eight of the nine times she’s played in the event. When asked what the next decade will bring in her career she said her goal remains to finish her time on the tour in the next six years.

“I kind of set a goal of retiring around 30. I’m hoping to not play when I’m 34. I love this game but I feel like there are a lot of other things I’d like to do in my life. I try and not get too focused on what may happen. I have goals and doing the career grand slam is definitely one of biggest goals as a golfer. The thing is just being injury free and being able to play. With our sport or with anything you need to keep doing constant movements. There’s a little bit of wear and tear. I don’t know what I’ll be doing. Only time will tell but at the moment I’ll just enjoy it and be grateful to have the opportunity to play on tour.

“This is my eighth year on tour. I used to be the youngest on the tour and now there are girls who are three or four years younger than me. It makes me feel a lot older. At the same time there are ladies playing on tour longer than I’ve been alive and it’s pretty amazing just seeing them – how they’re putting themselves in contention and still playing great golf until now and being passionate about the game. I think that’s the great thing about golf. If you can and you want to play this sport for a really long time – there’s not many sports you can do that.

Heading into Carnoustie, Ko has two majors to her name. Her best finish at a British Open was a tie for third in 2015 at Turnberry, also in Scotland. After playing part of the back nine at the famed Carnoustie the previous day, Ko is expecting a tough tournament.

“It might be the trickiest British Open I’ve played yet. I’ve heard a lot about it and watched it when the guys played here a couple of years ago. Obviously it’s held the championship quite a lot of times. You have to be strategic around here. Somebody told me ‘make sure you keep out of the bunkers’ but I think that’s the case at every links golf course you play but I think there are some holes where that is a bit more of a factor.

“It’s tricky but at the end of the day everyone plays the same golf course, so you play with what you get. I’m just going to enjoy it out here, it’s going to be a great experience and I’m excited to be at a golf course where there’s so much history.”