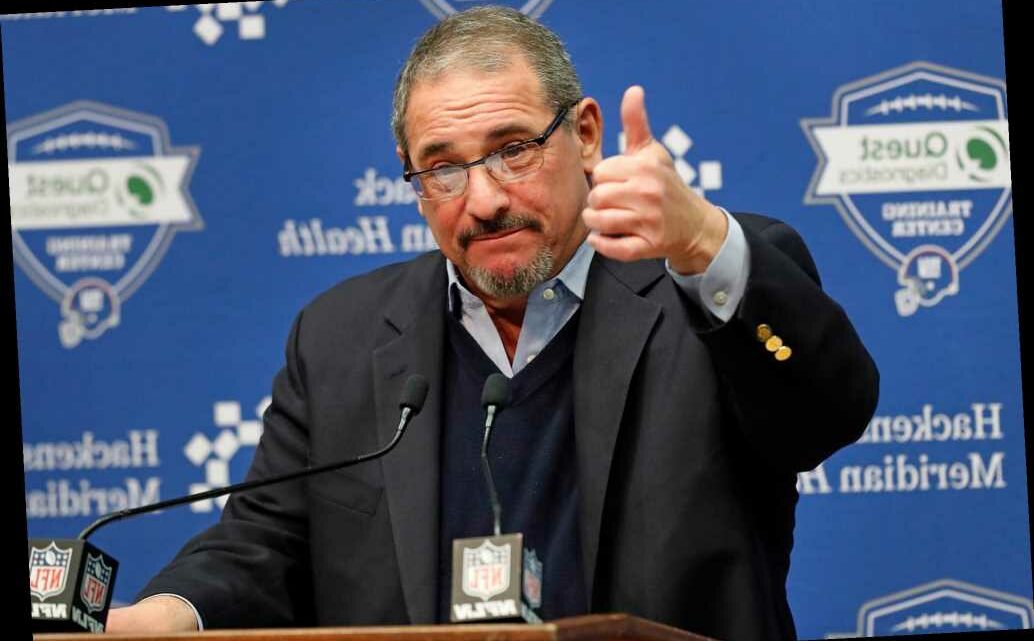 Here is what is not going to happen in the next week leading up to the Nov. 3 NFL trade deadline:

Giants general manager Dave Gettleman desperately trying to save his job by making a series of trades, attempting to temporarily bolster the roster to make the final record look somewhat more palatable at the end of the season.

That would not have taken place even if the find-a-way-to-lose Giants held onto the lead in Philadelphia, beat the Eagles and were up near the top of the pack in the sad-sack NFC East. The Giants were not going to be buyers, no matter what, and are not expected to be overly aggressive sellers, either.

Jettisoning outside linebacker Markus Golden to the Cardinals for a 2021 sixth-round draft pick was not the start of a groundswell of moves. There were offers of a seventh-round pick but the Giants waited until the return was more attractive.

Could there be one or two moves in the coming days? Sure. But insiders say there will be no fire sale.

Would the Giants part ways with receiver Golden Tate in the unlikely event someone out there is interested in a 32-year-old pass-catcher on the decline? Why not? There is almost no chance Tate is on the team next season, not at a salary-cap hit of $10.8 million.

Otherwise, not much makes much sense.

Is there a contending team out there in need of a veteran guard to plug-and-play willing to pay more than $5 million for the remainder of the season for Kevin Zeitler? The odds are not strong that Zeitler returns in 2021 for $12 million. But does anyone actually believe rookie Shane Lemieux right now would be comparable at right guard? Does it make any sense to weaken the line in front of Daniel Jones for the remaining nine games?

More than anything, the Giants at 1-6 need to leave behind another shoddy season knowing all they can about Jones, and that means giving him as much help as possible. This is why Cam Fleming, who has not played badly, has not been benched at right tackle for rookie Matt Peart. He showed some promise getting snaps in place of struggling rookie left tackle Andrew Thomas. But there is no chance a line with Peart starting and Fleming sitting is in any way beneficial to keeping Jones on his feet.

Should the Giants find out what they can get for Dalvin Tomlinson? Why? He is an ascending 26-year-old defensive tackle, elected a team captain, on the final year of his contract. He is the sort of player you re-sign, not give away. He wants to be part of the solution and is a Joe Judge-type guy.

This brings us to Evan Engram. So many fans had enough of him as soon as the ball fell through his hands last Thursday night. It is not too dramatic to state the drop cost the Giants the game, as they lost 22-21 to the Eagles. The disgust is understandable. Fans have been waiting for Engram to turn the “athletic ability’ and “game-breaking talent’’ into tangible results.

The Giants, though, cannot and will not allow disgust to guide them.

For now, Engram, 26, is cheap labor — $1 million for the remainder of the season — and Judge can watch every move Engram makes the rest of the way before determining if the 2017 first-round pick is worth the $6 million fifth-year option that was picked up for 2021.

The Giants know Engram works hard. He was at the facility on Saturday, two days after his horrific drop, catching passes. They know he is a good guy and they remain intrigued with his skill set. The mental toughness part of the game remains in question. They wonder if he tries too hard and as a result tenses up. If someone wants to give the Giants s second- or third-round pick for him — that is highly unlikely — they should go for it. If not, keep him around and see if he hardens or wilts.

“I’d say the most they could get for him is a fourth- or fifth-round pick,’’ the talent evaluator said. “If that.’’

Gettleman prior to last year’s trade deadline acquired Leonard Williams and that has not worked out. Williams is a solid player but not worth the $16.1 million franchise tag — he needed to be signed to a reasonable long-term deal to warrant giving up a third- and fifth-round pick. That mistake will not be repeated this week.

In a Must-Win Game 6, Rays Plan to Turn Up the Aggressiveness